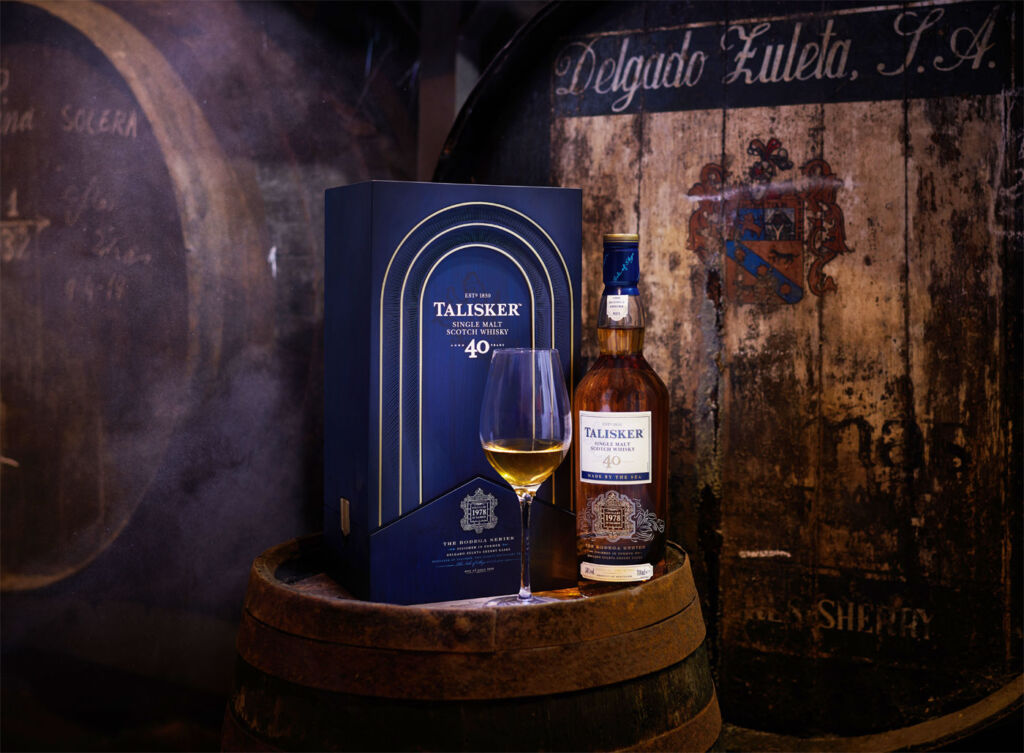 The Talisker Bodega Series is set to launch shortly with a 40-year-old single malt. Finished in amontillado casks, this golden liquid is sourced from one of the oldest Sherry producers, Delgado Zuleta.

Just two thousand bottles will be produced. Showcased in hand-carved oak cases, they will retail at £2,750 each and will be sold at specialist outlets around the globe.

The 1978 vintage is the oldest yet released by the distillery globally and one of Talisker’s most valuable expressions to date. It has been matured in refill American oak barrels before being finished in the special and unusual 40-year-old amontillado Sherry casks.

Donald Colville, global brand ambassador for Talisker, said the Delgado Zuleta expression, and the Bodega Series as a whole, embodied ‘the wildness of Skye with the warmth of Spain’. ‘It is a magnificent, lion-hearted old Talisker, rich with the sophistication of age, yet still full of life and retaining the make’s familiar maritime and spicy character”. 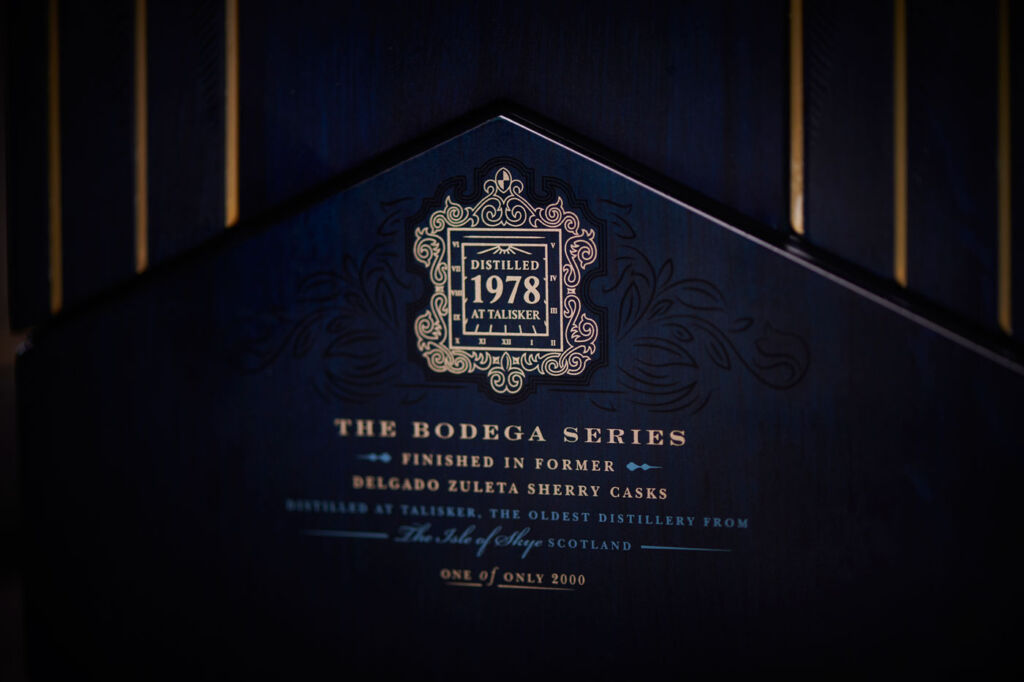 Talisker’s blenders took inspiration for the Bodega Series from the company’s extensive archives, which detail the types of cask used by the distillery in the early 20th century. Looking through original ledgers, archivists discovered that the relationship is steeped in history, with many casks being traded over the years. It seemed fitting that Delgado Zuleta is celebrated as the first release from the Bodega Series.

Delgado Zuleta is located in the Marco de Jerez region, next to the coastal town of Sanlucar de Barrameda. The Bodega’s sherry benefits from the humid environment provided by the sea, and the coastal winds which blow through the open windows of the cellars.

But the history of sherry and whisky go long back before that. Simply put, Scottish people loved the fortified wine. The first record of sherry being drunk in Edinburgh was in 1548, with it becoming a fashionable drink in the 18th century.

Having been shipped to either Glasgow or Leith in casks, this adoration coincided with a dramatic expansion in the whisky industry. With no domestic forests in Scotland to use for casks, distillers turned to the docks to provide them with an element to mature their whisky in, which is how the relationship between sherry and whisky began.

Today, Talisker is the oldest distillery on the Isle of Skye and Talisker Single Malt Scotch Whisky has been “Made By the Sea” since 1830. In fact, few single malts tell the story of their origin better. The founders, Hugh and Kenneth Mackaskill, rowed across the Atlantic to start a new life on Skye in 1825 from the relatively close island of Eigg. Such was the demand for Talisker by the big blending companies of the day, Talisker was bought in 1918 by a consortium headed by John Walker and Sons. 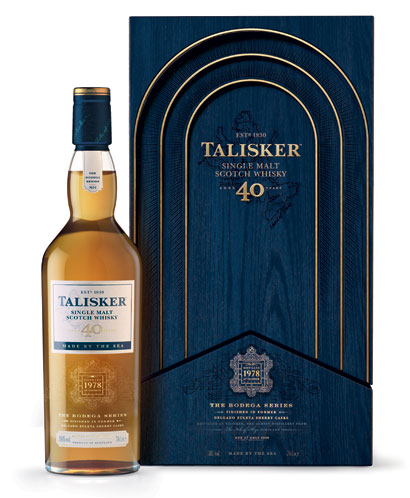 Its smell and taste instantly connect the drinker with the rugged coastal environment. Every sip is a taste of the Isle of Skye itself – a powerhouse. The intense character and flavours of Talisker come from two very distinctive wash stills and the accompanying three spirit stills and wooden worm tub condensers which, along with its unusual ABV of 45.8%, help set Talisker apart from other malts.

In addition to its signature 10 Year Old, Talisker produces a full range of single malt whiskies at a range of price points that will delight any drinker’s palate – from the lively and approachable Talisker Skye, to the classic and rich Talisker 25-Year-Old. The perfect choice for consumers wanting to explore island single malt whiskies, it’s like a warm welcome from a wild sea.

The Delgado Zuleta 1978 Talisker is the first in the Bodega Series, which will expand each year with a different expression matured in Sherry casks sourced from a bodega within Spain’s ‘Sherry Triangle’. We say cheers to that.

Talisker – Where and How?

For more information on the Talisker range, visit www.malts.com.