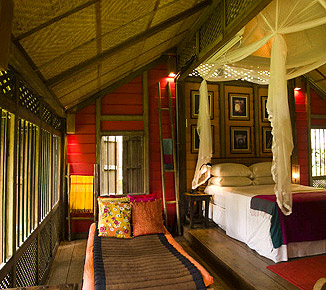 The Bon Ton Resort & Restaurant in Langkawi has won the Villegiature Award for ‘Best Island Hotel’ this year, amidst other hotel nominees around the world.

The awards ceremony was held at the Hilton Hotel Arc de Triomphe in Paris, France, on Monday 14th November 2011 in the presence of H.E Tan Sri Abdul Aziz Zainal, the Ambassador of Malaysia to France, Portugal and Monaco, and H.E Francisco Seixas da Costa, the Ambassador of Portugal to France.

The Villegiature Awards, now in its 9th year, recognizes hotels in Europe, Africa and exotic islands for their excellent service and standards within the tourism industry. Winners are decided by a jury of twenty journalists and foreign correspondents from not only leading European media, but also American, Chinese, Japanese and Australian.

Amongst some of the other winners include The Connaught Hotel in London for the best ‘Welcome and Service’ category, the Plaza Athénée in Paris for the ‘Best Hotel in Europe’ category, and also The Kempinski Hotel Barbaros Bay in Turkey for the ‘Best Resort’ category.

The Bon Ton Resort & Restaurant, located in Pantai Chenang has eight 100-year-old villas that have been redecorated to reflect contemporary living, with a restaurant that is considered to be one of the best on the island. Promoted as one of the ‘Best 101 hotels in the World’ by the Tatler Travel Guide in 2009, it has been in operation since 2004. 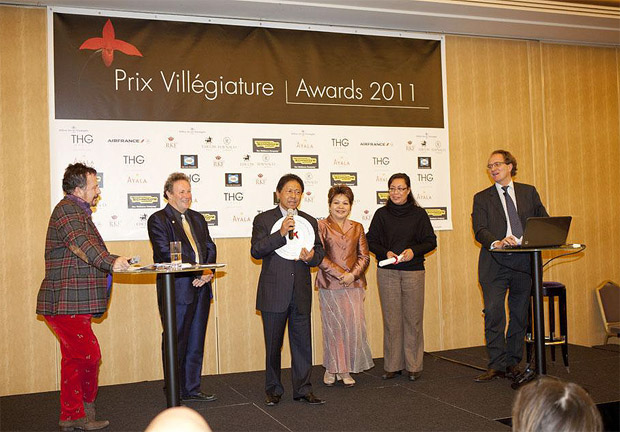