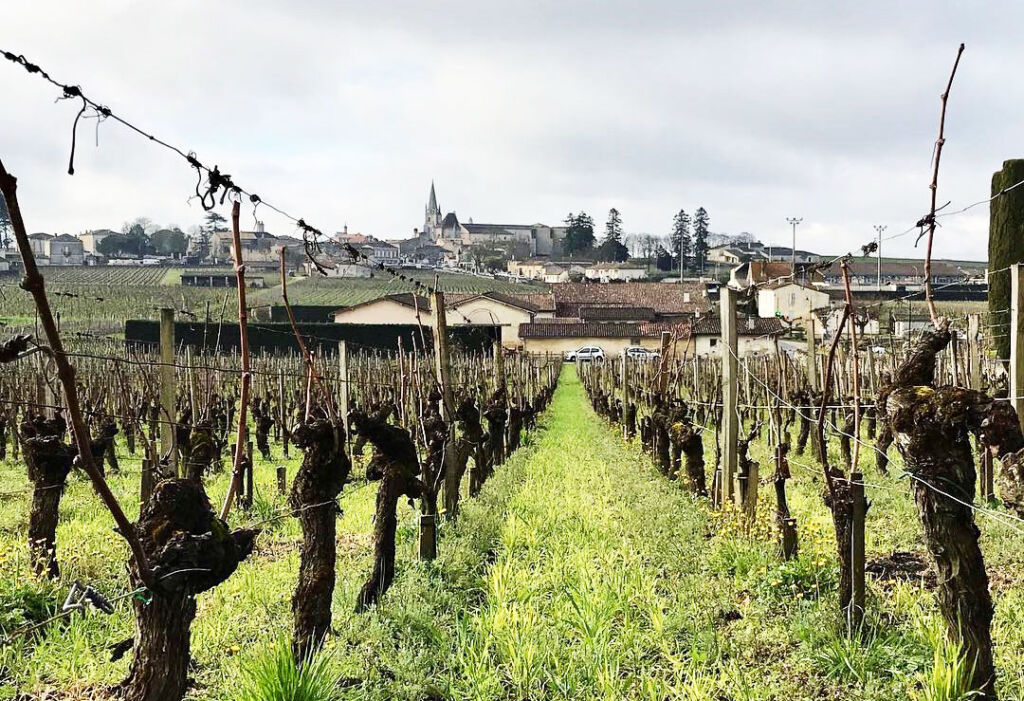 Wine Tasting at Château Cadet Bon
Replete from a fine petit dejeuner in the old kitchen at Château Soutard, we drive – literally around the corner in St Emilion – to Château Cadet Bon. This Saint-Emilion Grand Crus estate has received many plaudits from the industry and critics alike, and the vineyard has been in production since 1867. Planted 80% Merlot and 20% Cabernet Franc on a limestone-clay soil, the estate’s south-facing slopes occupy 7 hectares. Production is 5ha of Grand Cru Classé and 2ha of Grand Cru. In 2003 the Château stopped using all weed killer and herbicides as they could see it stopped oxygen from reaching the root system. Apparently, the roots grow up not down when soil is compacted.

Head winemaker Antoine tells us the vineyard is following SME guidelines and plans to become fully organic. Their first organic label will be in 2019, since it takes five to seven years for the root system to regenerate. The vinification procedure involves storage in small capacity gravity-fed thermoregulated tanks, with authentic soft and low fermentation of between five and ten days to ensure good ripeness and flavour. The grapes are blended for the very best complexity. And that I can attest having tasted the following here:

Wine Tasting at Château St Robert
Château St Robert falls under the Graves AOC and is located on the left bank of the Garonne, southeast of Bordeaux. Boasting reds, dry whites and sweet wines, we had a fabulous lunch here at the Château (with the best cheeseboard ever including my favourites Tomme and Comté) and tasted the following delicious wines:

Thanks to head winemaker Margaux Reeder, we also tasted superb vintages for their sister vineyard Château Bastor-Lamontagne 76, 89 and 97.

And so it was that we continued to the home of these great vintages with their focus on expression and balance. Located in Preignac, one of five communes in the Sauternes appellation, Château Bastor-Lamontagne has 52 hectares planted to 80% Semillon, 20% Sauvignon Blanc with a hit of Gris producing rich, full-bodied wines.

The estate – on a landscape of sand, limestone, gravel and clay has royal connections having been owned by both the King of France and English royalty during the Middle Ages.