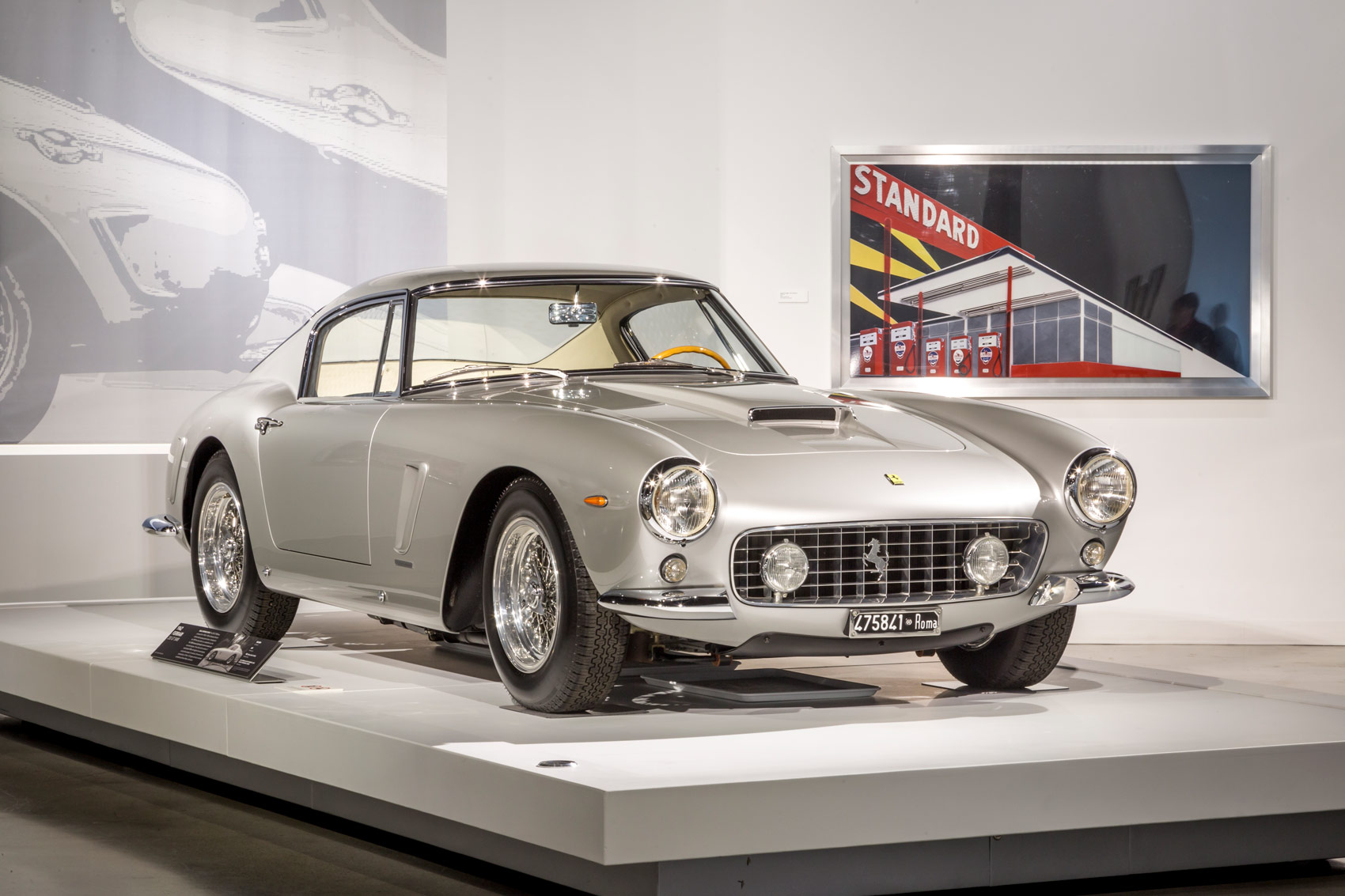 The exhibit, called “Pictures of Car Parts (After Ed Ruscha),” is now on display until Sunday, April 9th, 2017 and can be found on the museum’s second floor on the walls of the Bruce Meyer Family Gallery, the same gallery that is currently hosting the “Precious Metal II” exhibit. 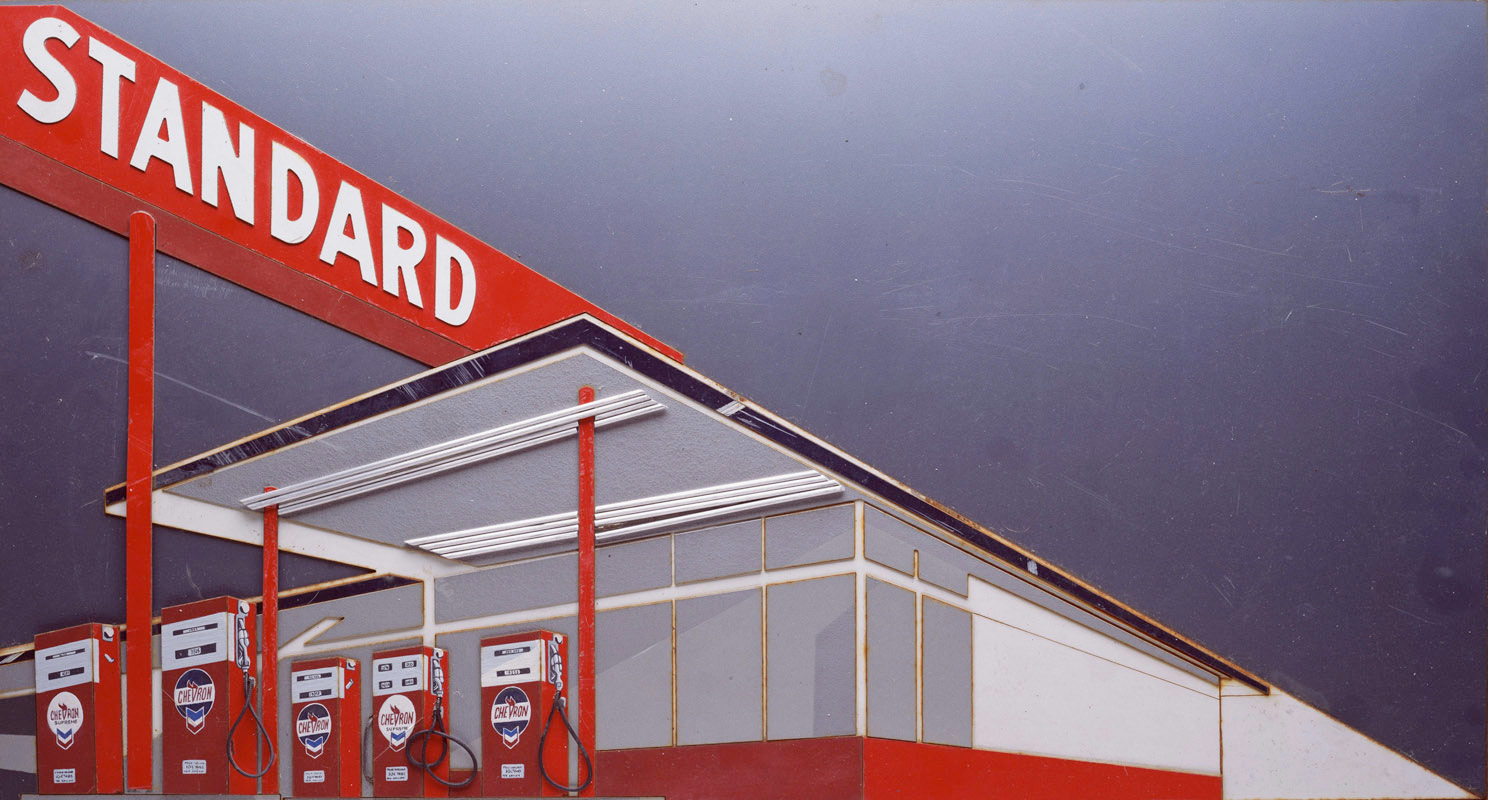 This opening represents the first time in the museum’s 22 year history that there have been three art installations in place at one time. The other two art installations include “The Art of Bugatti,” located in the Mullin Family Grand Salon, and “The Unconventional Canvases of Keith Haring,” on display in the Armand Hammer Foundation Gallery Presented by BMW.

Vik Muniz built a career on interpreting the work of other great artists, using perishable and impermanent materials to recreate their most famous pieces. He would then photograph these recreations and destroy them. This latest series took a slightly different tack in that Muniz recreated Ruscha’s iconic scenes of Los Angeles with pieces of various vehicles. These works, created using car parts, represent a distinct departure from the temporary nature of Muniz’s other work which was produced with ephemeral and perishable materials. Muniz, 55, was also the subject of recent a documentary film, “Waste Land,” which was nominated for an Academy Award.

“The opening of this Vik Muniz exhibition continues the Petersen’s exciting trend of combining the worlds of cars and art,” said Terry Karges, Executive Director for the Petersen. “We’re honoured to be able to display these amazing automotive interpretations of Ed Ruscha’s works at the same time as the artwork from Keith Haring and the Bugatti family.”

Throughout his career, Ed Ruscha’s work has managed to capture Los Angeles both its best and its most banal. Whether it is his series of prints featuring Standard Oil stations in various stages of immolation or his photo book both featuring and titled “Every Building on The Sunset Strip,” his output has become an important part of LA’s cultural identity.

Vik Muniz At The Petersen – Where and how