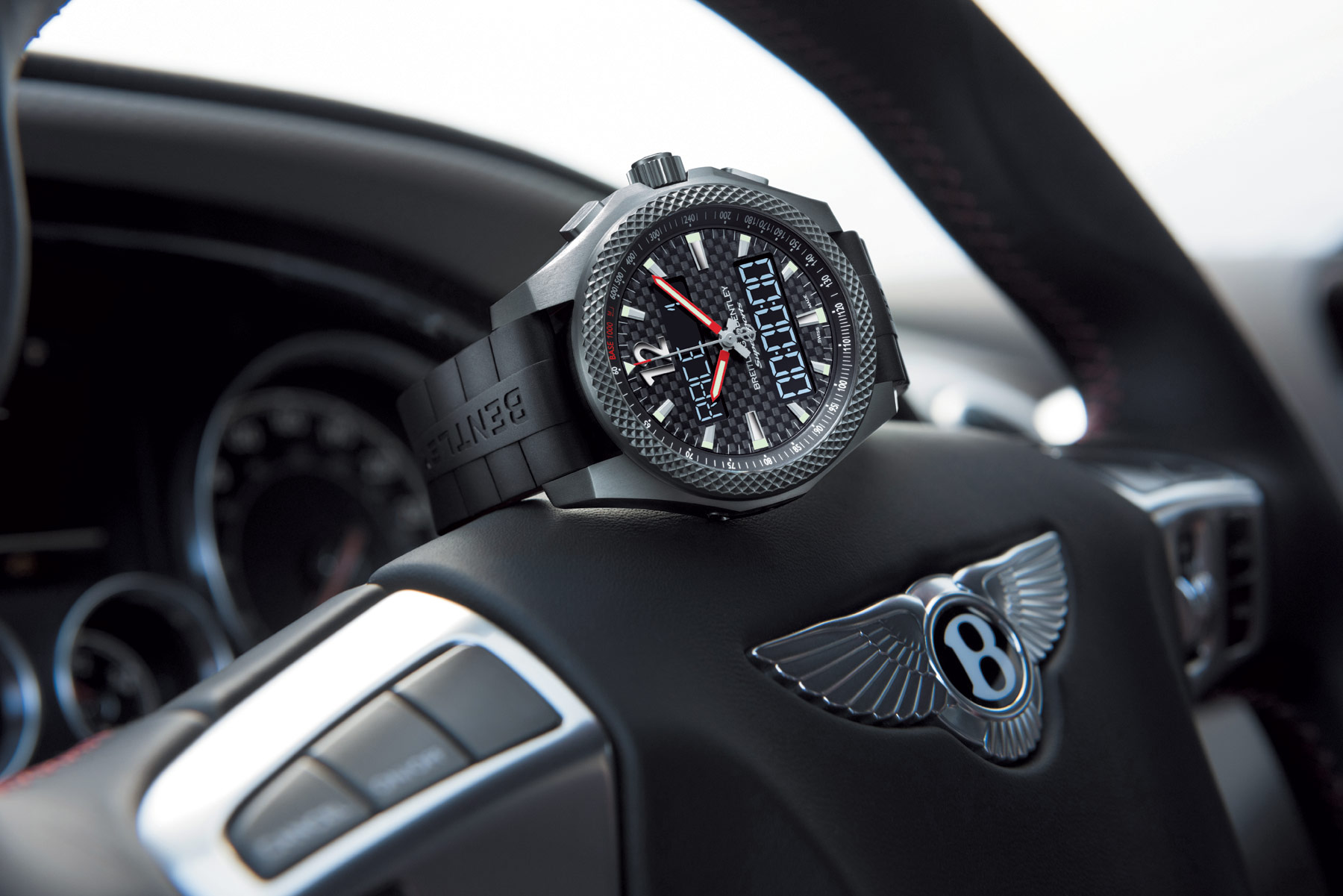 To celebrate the launch of the Bentley Continental Supersports, Breitling for Bentley has created a limited-edition chronograph with a titanium case, carbon dial and a connected movement equipped with functions dedicated to motorsports

The magnificent Breitling for Bentley adventure first hit the road in 2003 with the launch of the Continental GT, for which Breitling notably designed the dashboard clock.

It has since given rise to a rich collection of mechanical chronographs that is now extended by a standout chronograph developed in tribute to the new Continental Supersports: the fastest Continental ever built with a top speed of 209 mph (336 km/h), a 0-60 mph acceleration time of 3.4 seconds (0 to 100 km/h in 3.5 seconds) as well as an entirely revisited design. 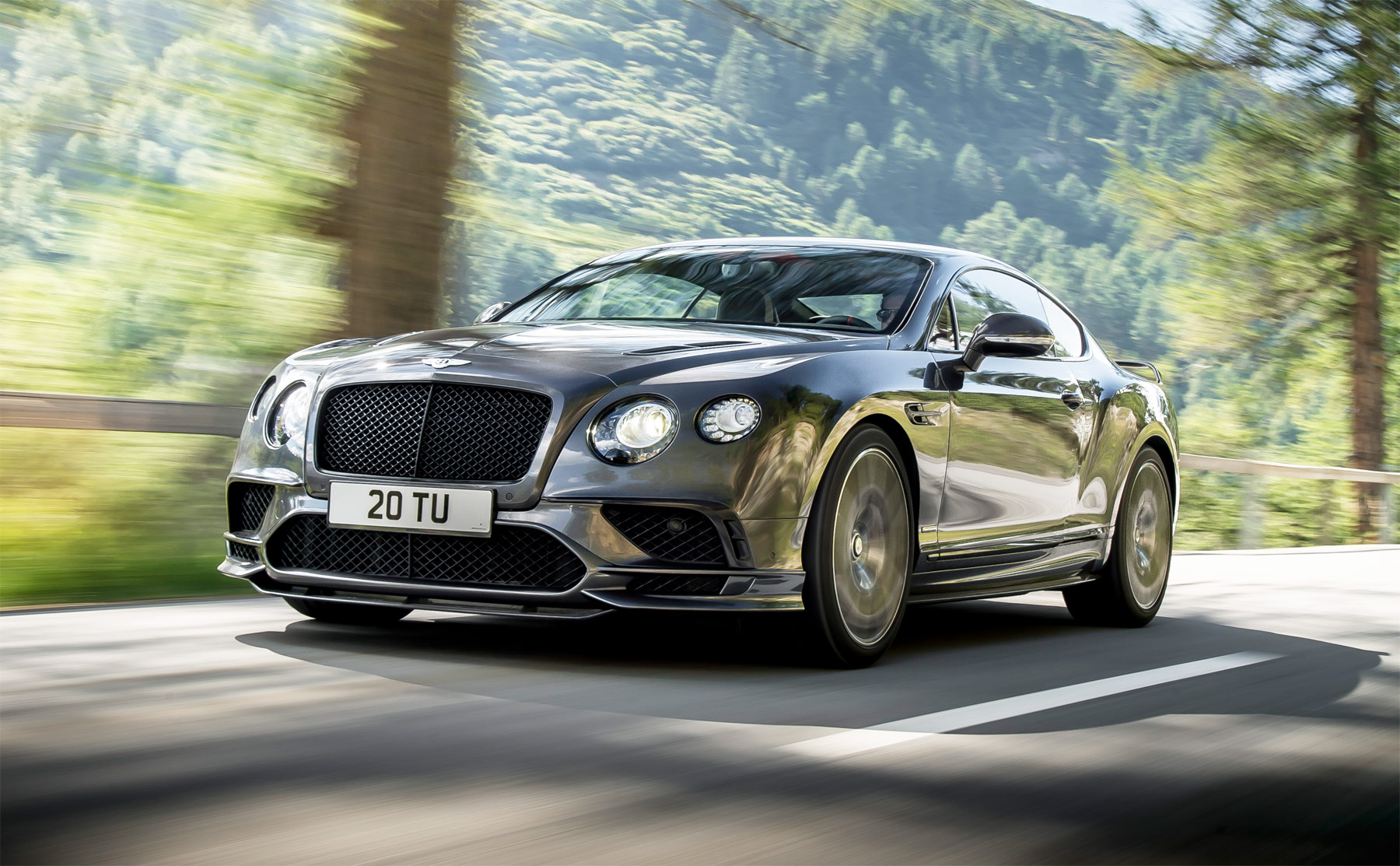 Issued in a 500-piece worldwide edition, this Bentley Supersports B55 immediately stands out by its resolutely sporty appearance, with a sturdy and light titanium case framing a dial in carbon fibre – a favourite material in the motorsports arena and featured in many details of the new Continental Supersports. This intrepid touch is further enhanced by a double-layer red-edged and lined black rubber strap. 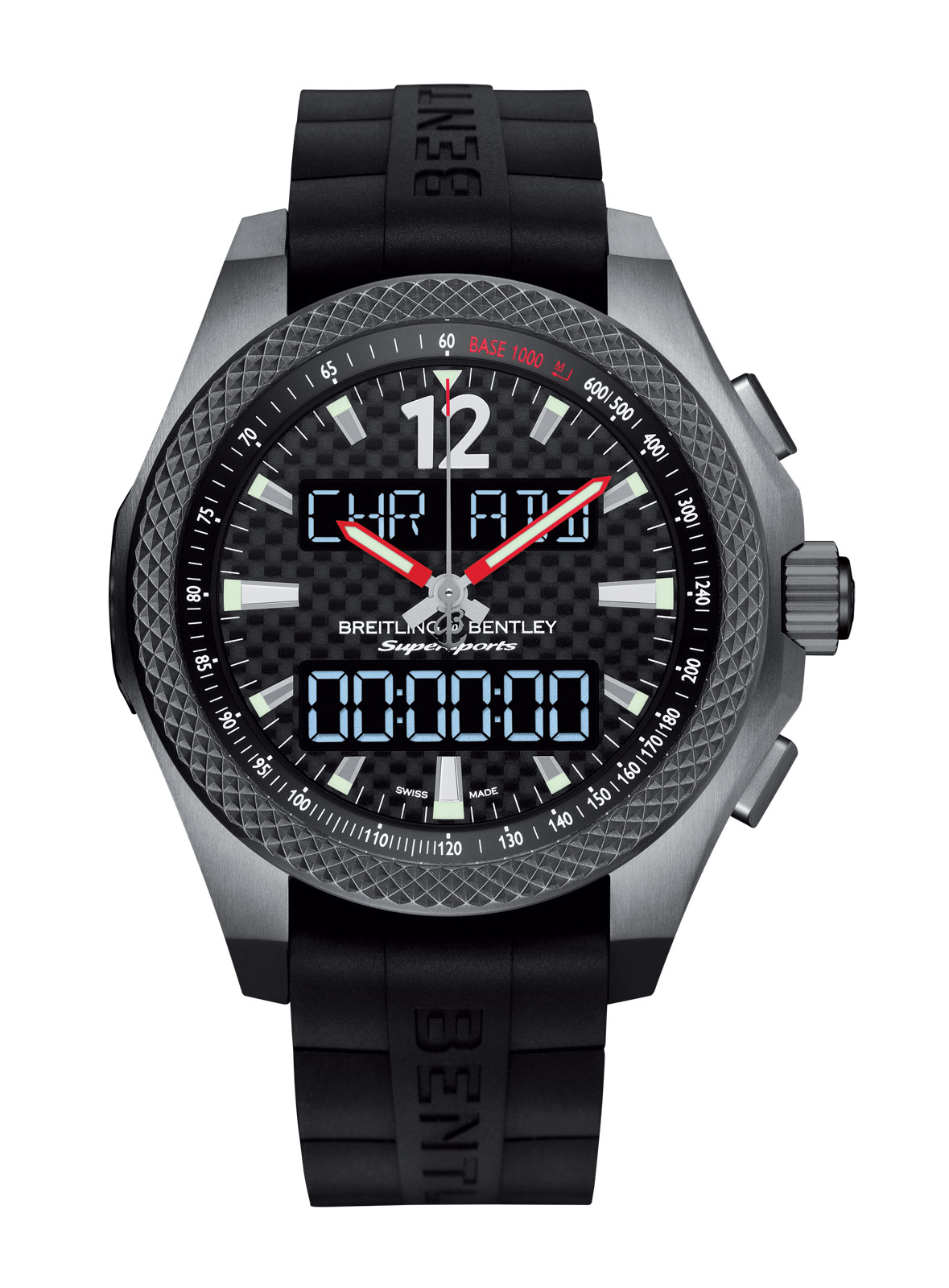 Such exceptional bodywork deserved an equally exceptional engine. For the first time in the history of Breitling for Bentley, Breitling has equipped a chronograph dedicated to the British carmaker with an electronic movement – and a very special one at that. This new version of its in-house B55 connected calibre is enriched with functions tailor-made for the automobile universe. Alongside the flyback chronograph, lap timer and electronic tachymeter, this B55 “Racing” calibre features three types of exclusive chronograph functions.

Firstly, the “chrono rally” function serves to record up to 30 stages, complete with the departure date of the rally, the start time and duration of each stage, as well as intermediate times for each stage, while adding in any penalties incurred.

Secondly, the “chrono race” function designed for track races enables the user to record the split times for each lap and calculate the average speed per lap.

Thirdly, the “regularity rally” function (useful in competitions in which the objective is to cover a given distance in a given time) affords the possibility of ‘predefining’ target times or intermediate times out of a total time and then checking at the press of a button whether one is meeting those goals.

The entirely autonomous Bentley Supersports B55 has been designed as a full-fledged chronograph, with the smartphone connection used to enhance its functionality and to store or transmit data. The smartphone app has been developed in Switzerland specifically for this watch. The two ultra-legible LCD (liquid crystal display) screens are equipped with a backlighting system that can be activated by pressing the crown or by tilting the wrist – a welcome asset in the heat of the action.

A high-octane tribute to the sportiest of the Continental GT, and a showcase for Breitling’s trademark innovation, this Bentley Supersports B55 with its officially chronometer-certified SuperQuartz™ movement once again pushes the limits of functionality, precision and performance. The epitome of vanguard connected chronograph technology. 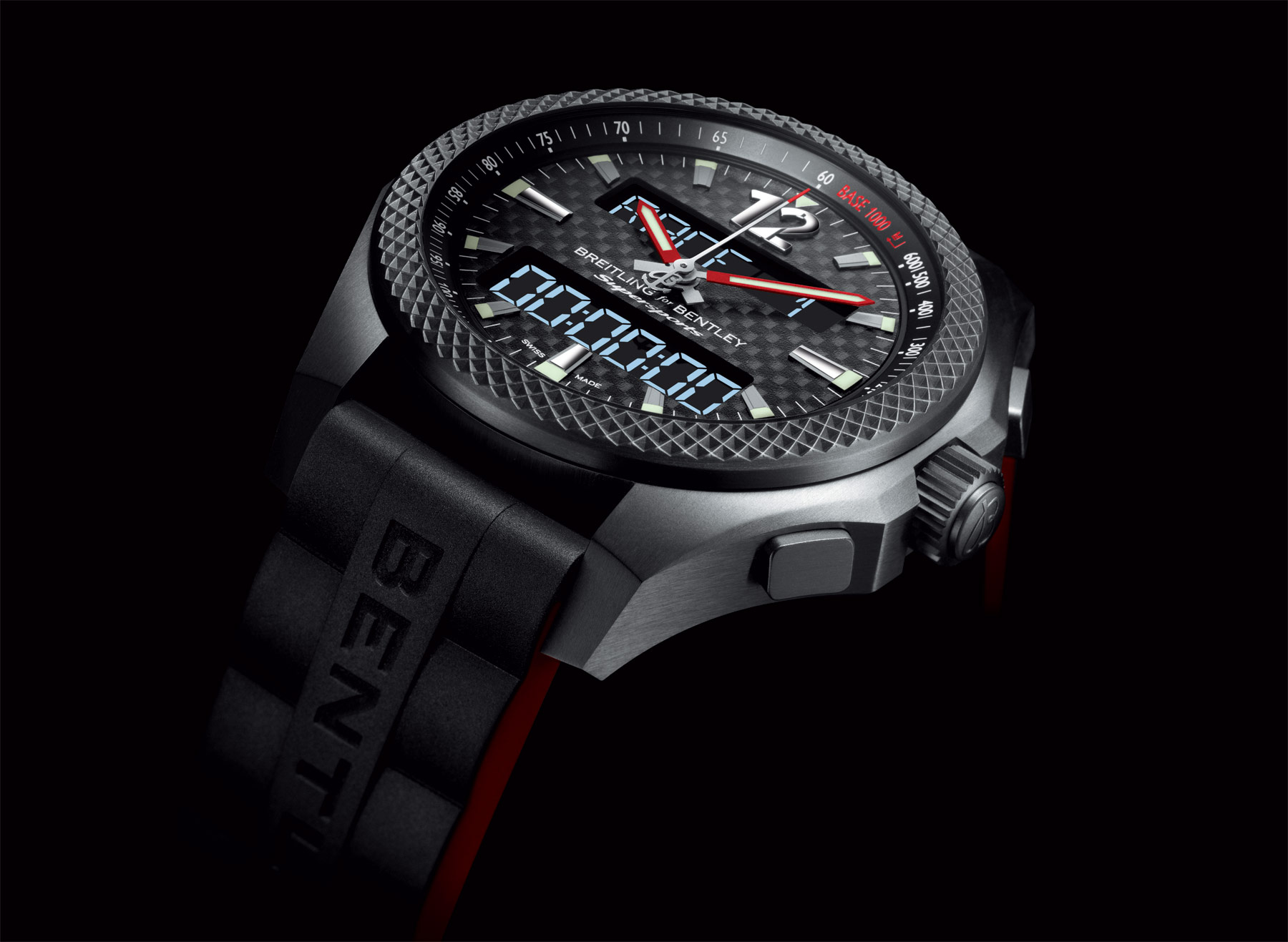