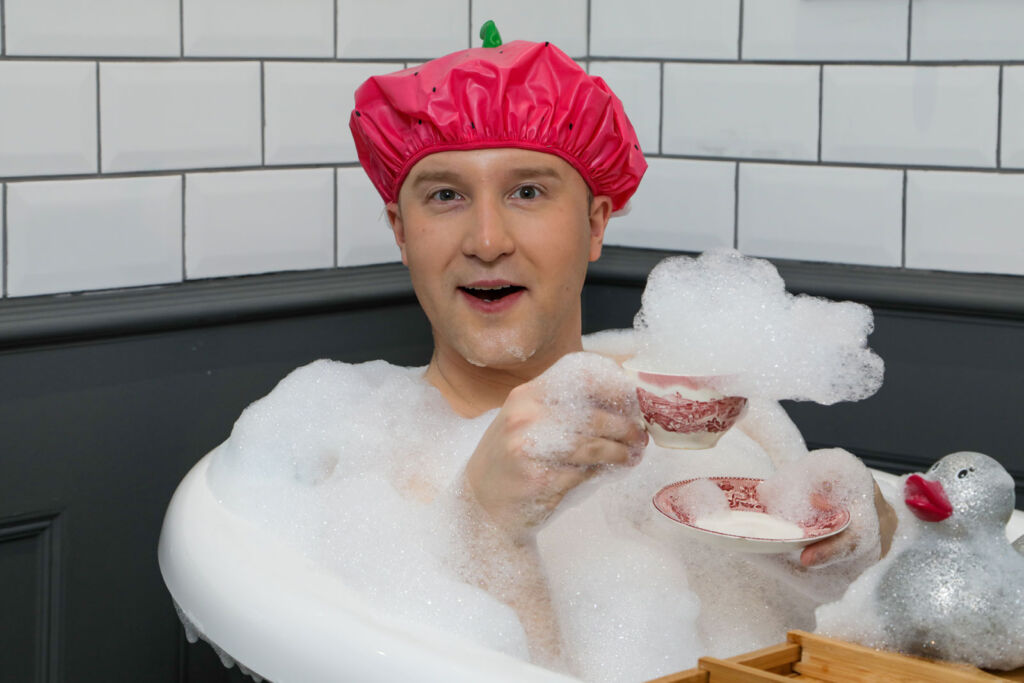 The luxury bath brand, fenjal has recently conducted a major survey, and the results are very interesting. For starters, when it comes to taking a bath, it’s Londoners and Geordies who lead the way, and in addition to this, Scarlett Johansson is the person most would like to share a bath with.

Having a bath is an ideal way to relax and unwind from the stresses of the modern-day world. For many people, it’s something to treat oneself to every now and again with the convenience of a shower being the go-to place for a thorough wash and brush up. However, according to a new survey, having a bath is in the midst of a significant resurgence.

With its ability to make you forget about personal and indeed the world’s woes, it’s hardly surprising that taking a bath is becoming more popular. In fact, experts are saying that the lockdowns have played a significant role in making them even more popular after playing second-fiddle to the convenience of a shower for many years. 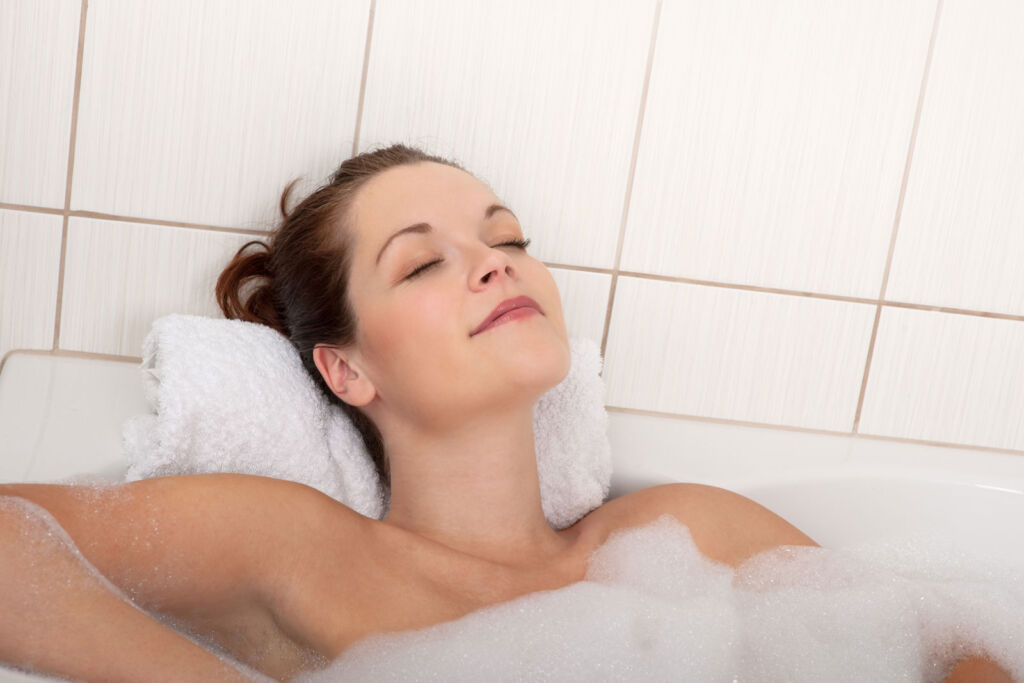 fenjal’s survey has revealed that 4 in 10 Brits now take a bath, which is up from 2 in 10 who said they took a bath before the lockdowns. I addition to this, almost 8 out of 10 (78%), state that the big lure of taking a bath is it’s a great way to relax, wash away the stresses of life and at the same time, get some precious “me-time”.

For the study, fenjal brought in the assistance of William Hanson, a renowned etiquette expert and the executive director of etiquette and protocol consultancy, The English Manner.

William said: “The bath has become a haven for many reasons. It has become a place where people really can take advantage and enjoy some precious “Me Time”. 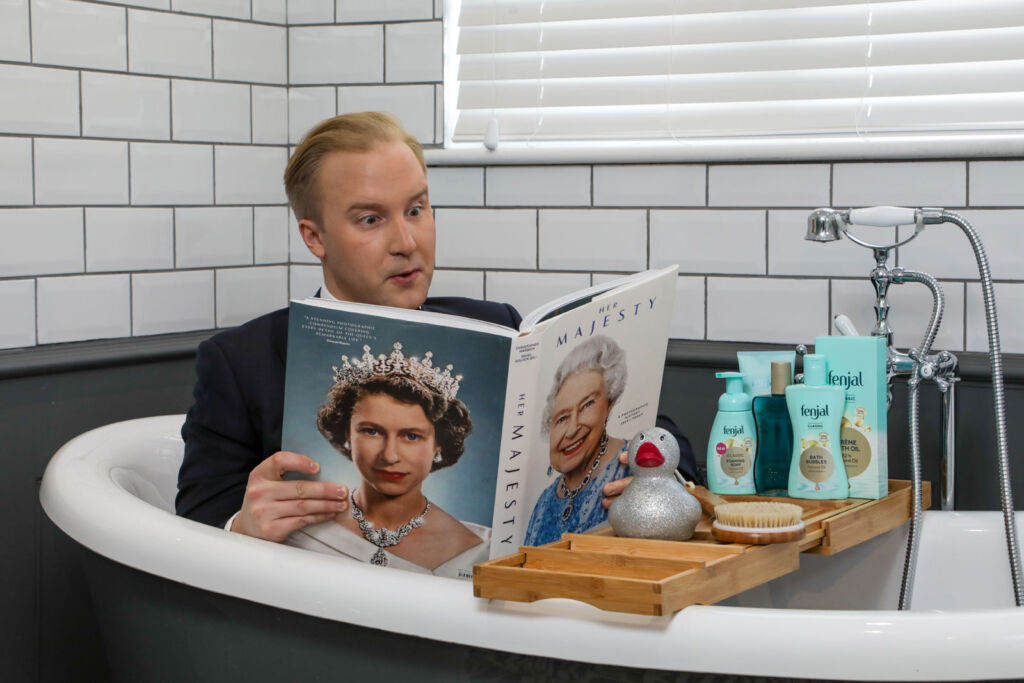 “Six out of 10 bath-times see bath lovers take the time for a spot of reading. Thirty-one per cent read books in the bath, 18% read a Kindle or eReader surrounded by suds, and a further 11% regularly read a magazine, newspaper or other publication while they’re bathing in bubbles. There’s absolutely nothing wrong with educating yourself while in the bath.”

In an era where the smartphone rules, it’s almost a give that many will be accompanying us when it comes to bath-time. The fenjal survey results show that almost half (44%) of Brits do take their smartphone into the bath with them, with 11% insisting they never take a bath without their phone to hand.

Some bath-time habits are somewhat stranger than others. For example, three out of 10 say they eat their favourite snacks while in the bath, with 14% stating they always or regularly eat while in the bath!

Surprisingly, men are more likely to take a bath regularly in 2021 than women. However, according to the data, women are more likely to use bubble bath, bath crème, bath salts or bath oil than men. And going back to the rather strange habit we’ve just highlighted, it probably won’t be a surprise to learn that men are twice as likely as women to eat in the bath!

While bath-time has traditionally been a solo pursuit, as Brits seek out those special ‘me’ time moments, there’s also been a shift in that movement. While 50% of the nation admits it would only take a bath solo, the other half of the country wants to share its bath-time suds with someone else.

In fact, if Britain had its way, the most popular celebrity to share our bath-times would-be Hollywood starlet, Scarlett Johansson. While Scarlett was the most voted for celebrity for Brits to share their bath-time with, others, including Taylor Swift, Adele, Johnny Depp and Brad Pitt, all featured high in the bath-time celebrities list.

So which parts of Britain like to bathe the most? London tops the list with 50% of Londoners taking a bath regularly, followed closely by those in the North-East, with 46% regularly taking a bath.

Those in East Anglia are most likely to read in the bath, with 42% taking a book, eReader or magazine into the tub with them. 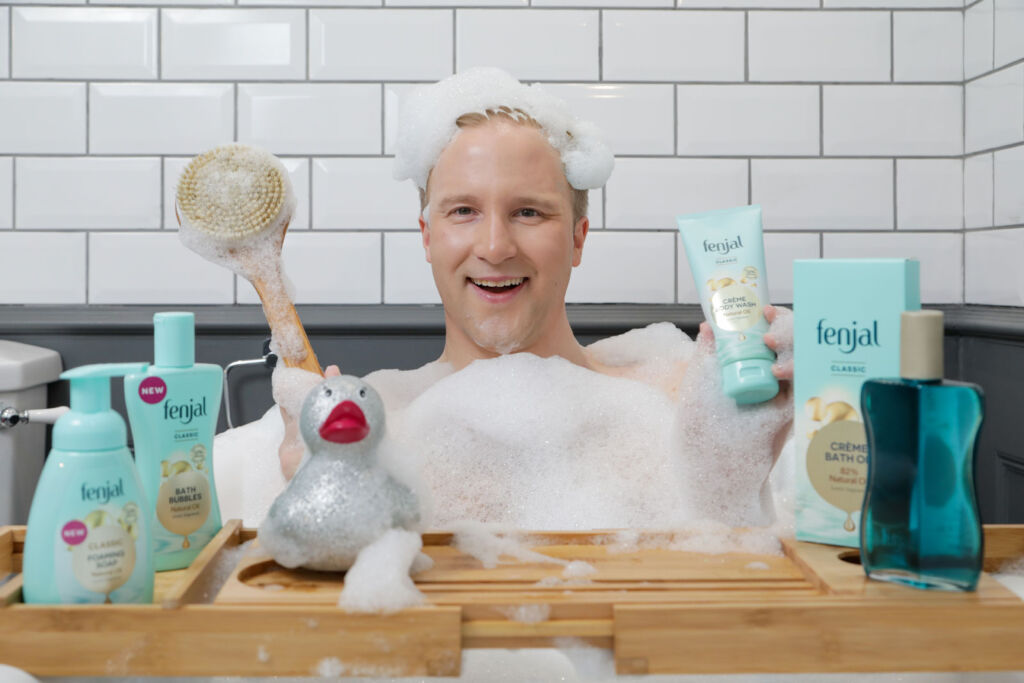 Those living in Yorkshire & the Humber are most likely to use bath salts, bubble baths, bath crème or bath oil in their bath, with 47% admitting it’s a must-have.

William Hanson added: “Some of the results of the fenjal study make me shudder. The bathroom, particularly at bath-time, should be a place of calm and tranquillity. Luxurious bath cremes, calming music and candles are all more than permissible.

But I’m not sure that the nation truly understands this – according to etiquette, hip hop music, snacking, and smartphones have no place in the modern English bathroom.”