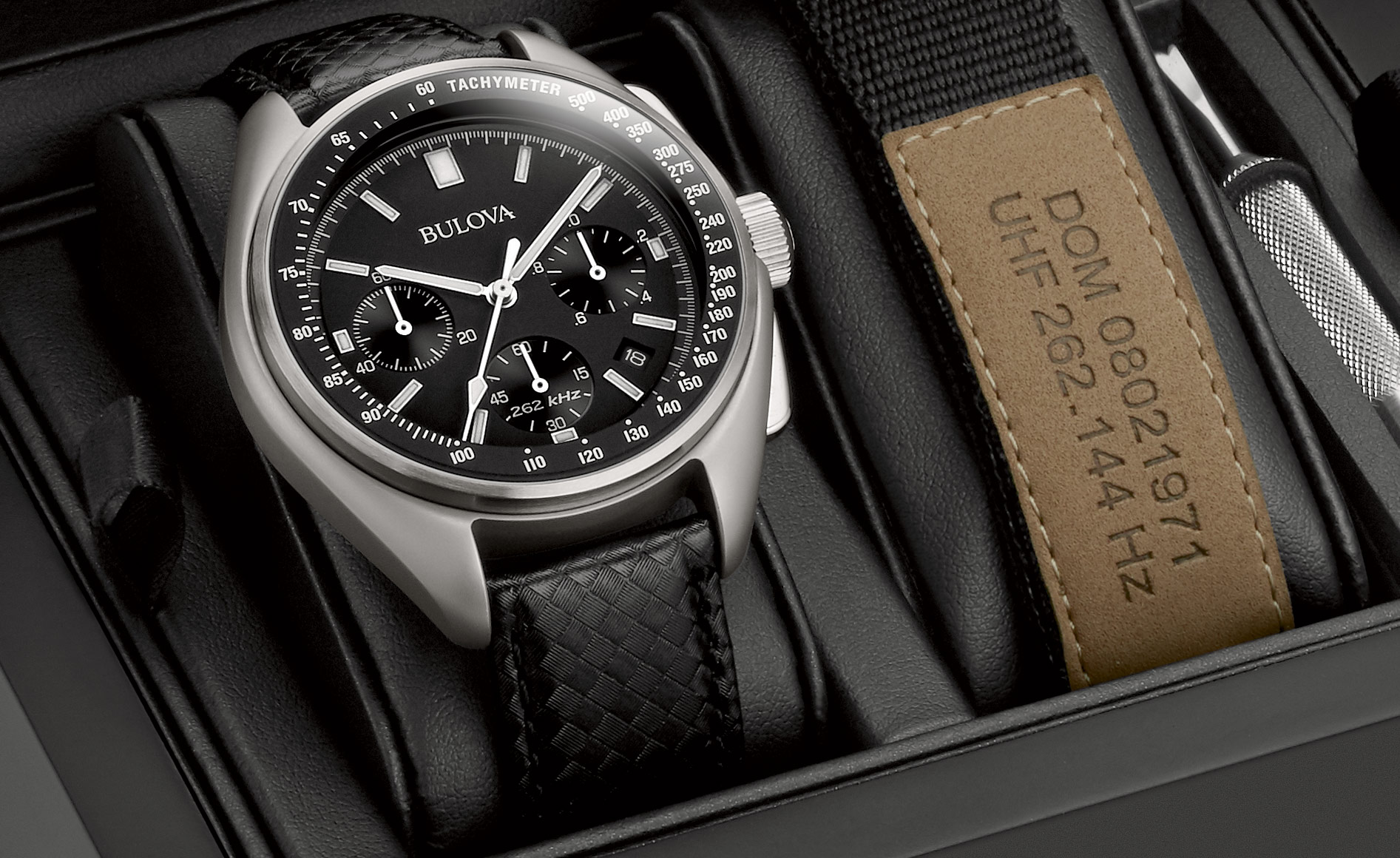 35 years on from Apollo 15’s landing on the moon, Bulova celebrates this achievement with a Special Edition Moon Chronograph Watch based on the original timepiece worn by the mission’s commander

There are many watch brands that tout their heritage in an exaggerated fashion, usually using a centuries-old brand name of no link or relevance to the founders of the brand, picked only for its marketability and to give a false sense of heritage.

Bulova is different. Little known to most, Bulova has a rather special tie with space exploration.

The horological brand has enjoyed several links with NASA between the mid-1950s to the 1970s for their engineering prowess. Their unique Accutron tuning fork movement, specially designed so that it would work in low-gravity conditions, was used in all of the instrument panel clocks as well as the timekeeping mechanisms on 46 of NASA’s missions. 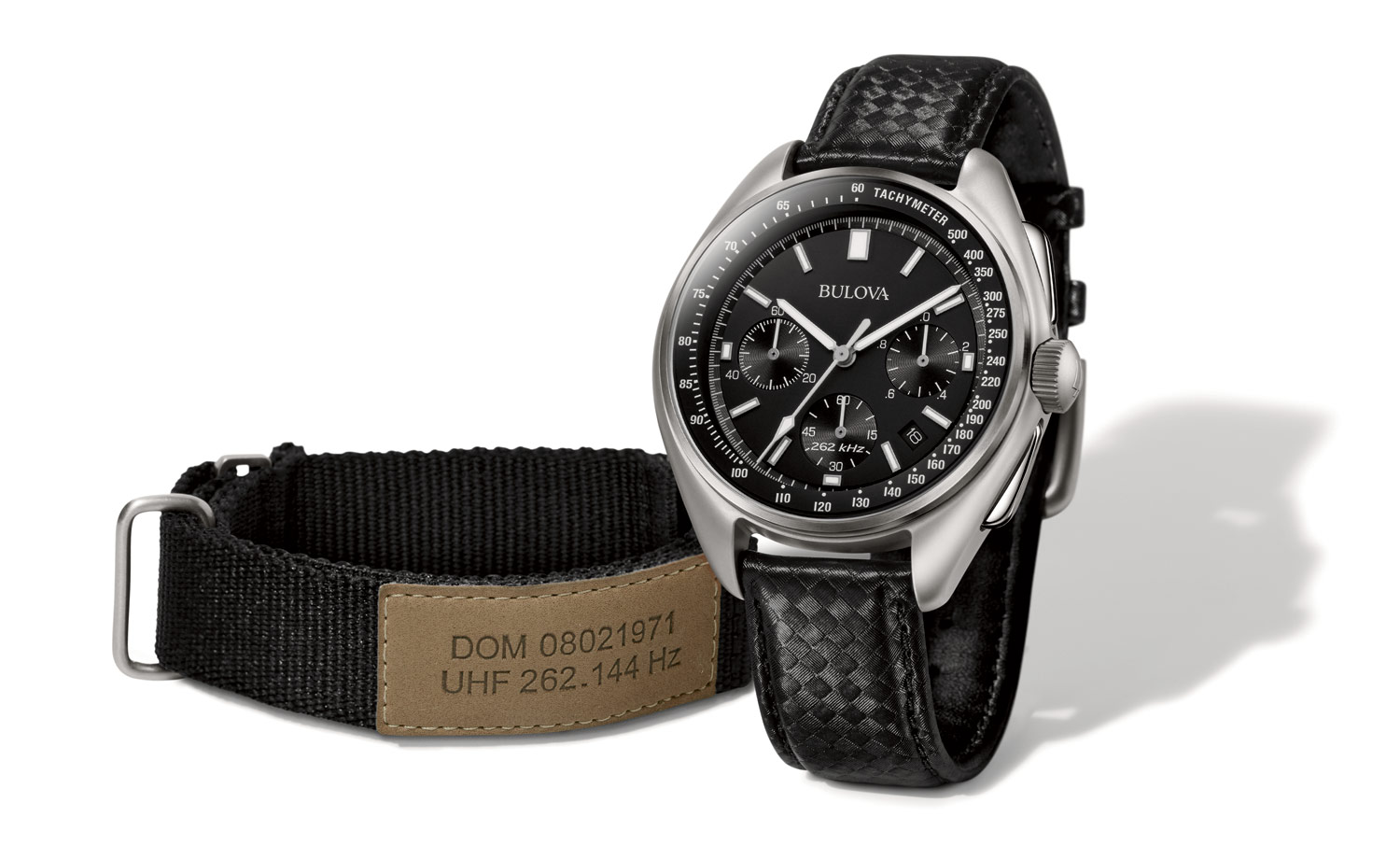 Bulova was also part of the historic moon walk of July 1969. A Bulova ultra sensitive precision timer was an important part of the seismometer piece used in the exploration of the infamous Sea of Tranquility, aiding the astronauts conducting scientific experiments and transmitting crucial data about the Moon.

This was more than just a small step for the company. 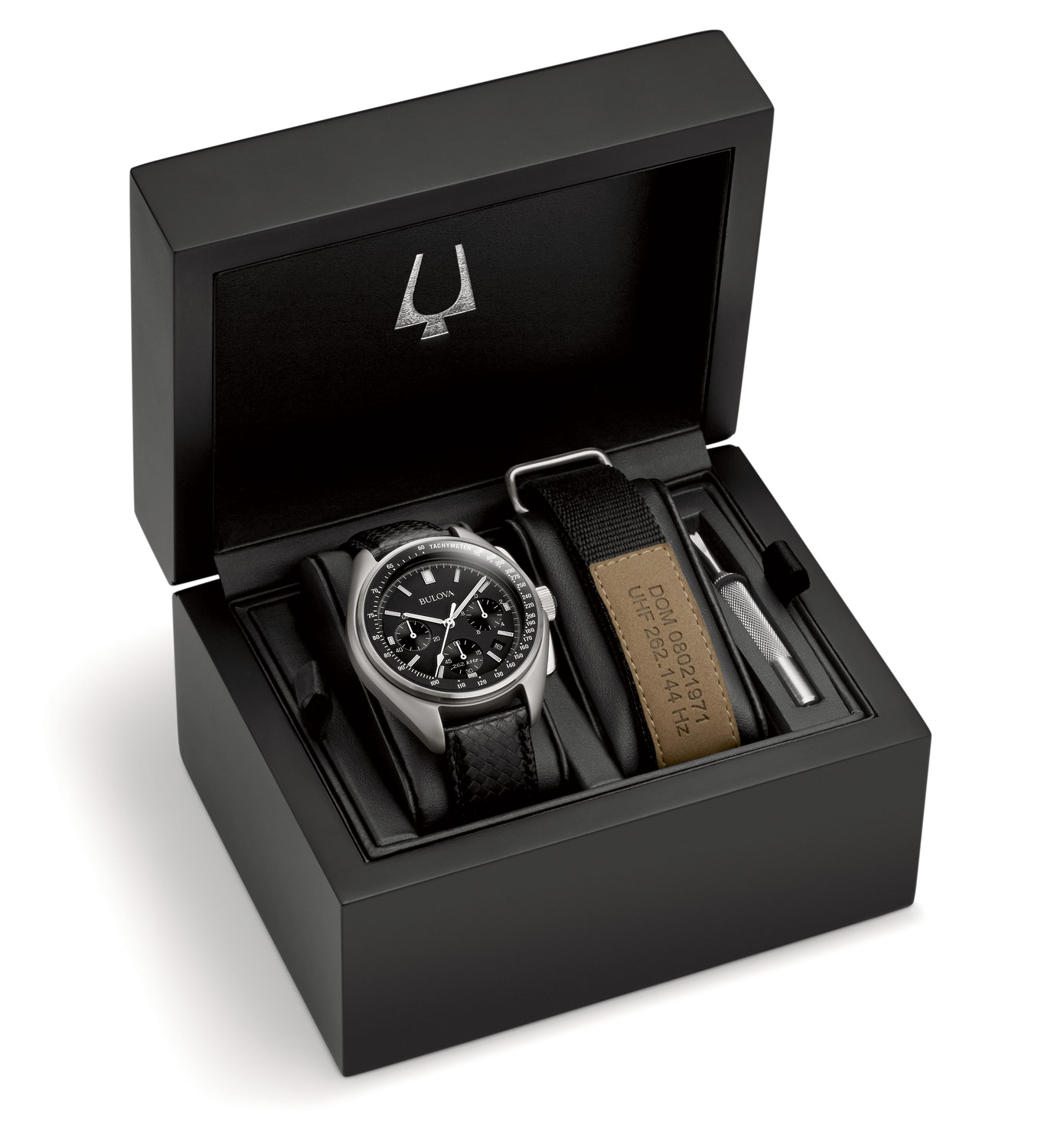 Apollo 15 launched in 1971, with astronaut David Scott aboard counting a Bulova Chronograph amongst his possessions for the trip. When his Omega failed on him he turned to his Bulova and used it for his walk on the moon. Last year that historic timepiece he wore for that mission sold for $1.6m at auction.

The brand has now launched a special edition Moon Chronograph Watch to commemorate this remarkable piece of history for the brand. The movement has been updated to a high-performance 262kHz quartz unit, providing unmatched accuracy following in the footsteps of their previous models.

Perfect for an afternoon spacewalk, or a walk in the park for that matter.

Bulova 96B251 Moon Chronograph – Where and how 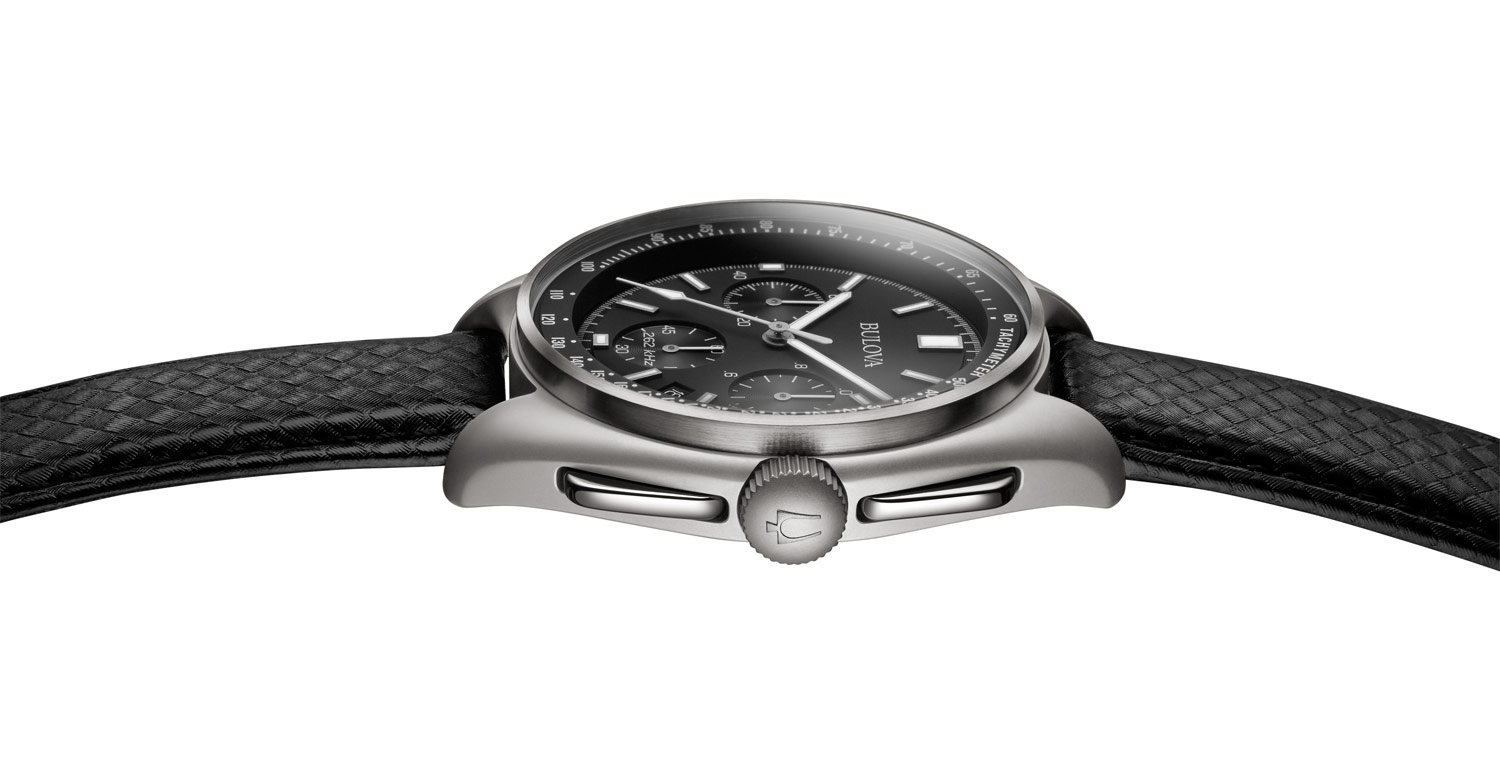