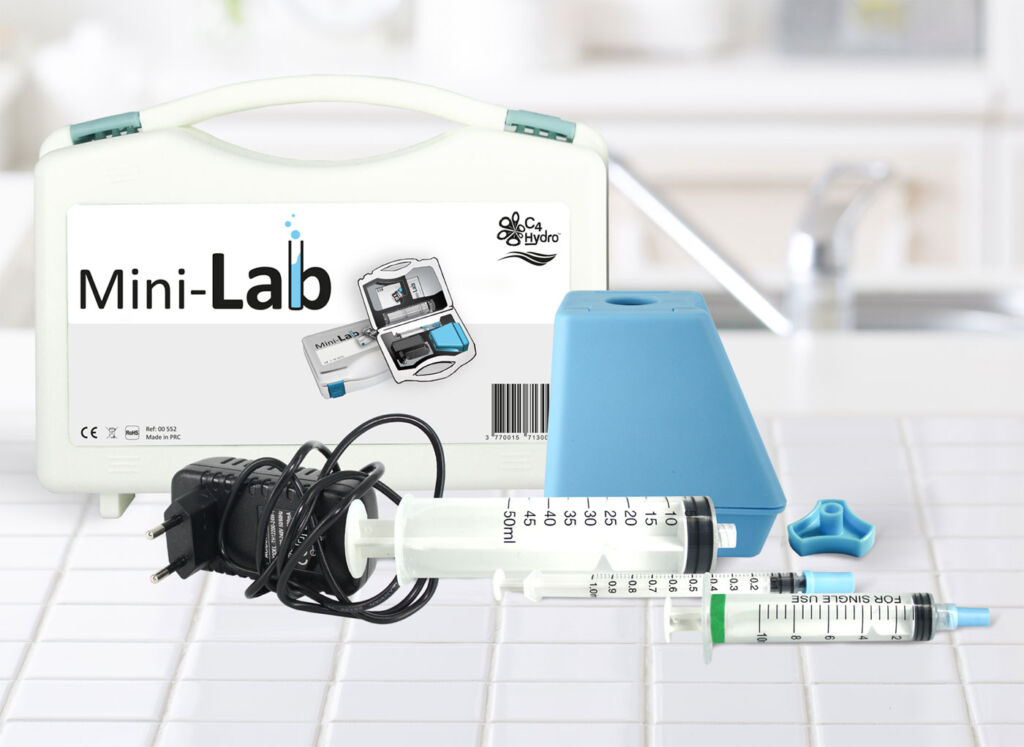 The C4Hydro Mini-Lab is a revolutionary portable kit that allows you to quickly detect bacteria in water, ensuring that showers, pools, spas, water tanks or wells are free from contamination whether you are at home or away on holiday.

At Luxurious Magazine, we adore products that can make the world better. By better, we don’t mean simpler as has been made evident by some of the purported technological advances introduced to the internet, rather things that make people’s everyday lives better.

The C4Hydro Mini-Lab is a product with the simple goal of making lives better by keeping people safe.

Without venturing into the realms of technical verbiage, the C4Hydro Mini-lab is a small, lightweight kit, designed to check water quality at home and while you are away. 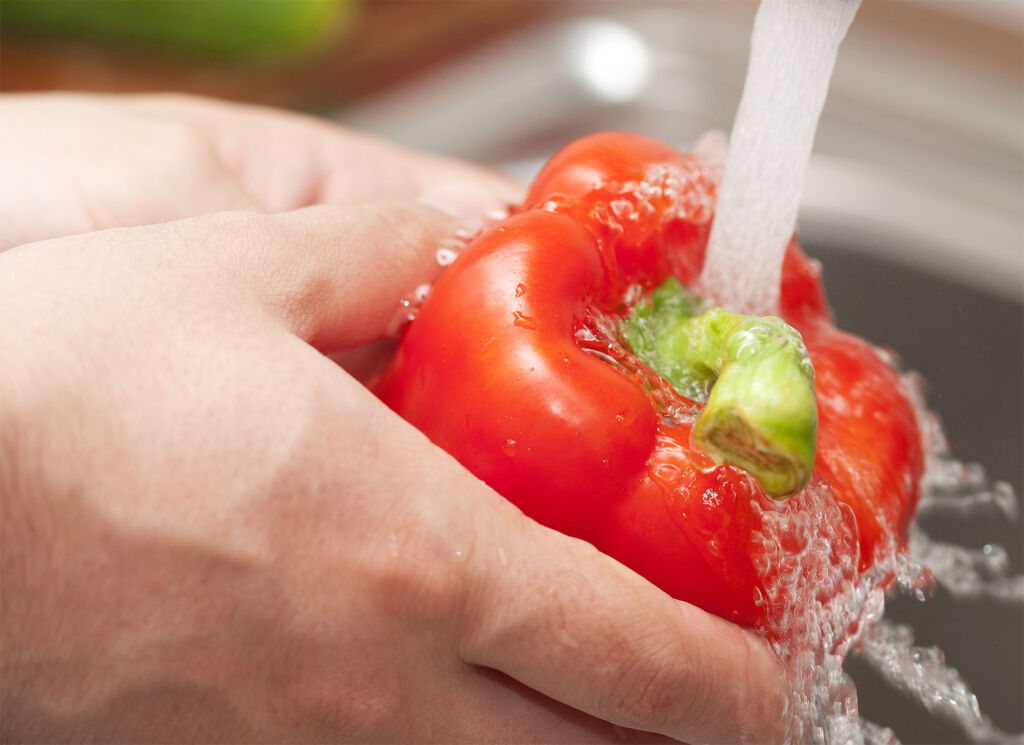 All water systems can contain pathogenic bacteria such as legionellae or coliforms (including Escherichia coli). They are the source of serious infections (legionellosis, acute gastroenteritis, meningitis, septicemia etc.)

In response to this, C4Hydro created the Mini-lab which takes science out of the laboratories allowing everyone to effectively check their water reliably, quickly and best of all, you don’t need to be a rocket scientist to use it.

The key element in the C4Hydro Mini-Lab is a portable incubator. Small in size – no larger than a smartphone, it reproduces the conditions of culturing microorganisms in a laboratory. This is an incredibly reliable method of detecting bacteria. This technique is the same one used in many laboratories. All C4Hydro has done is to simplify and adapt it for home use.

There are two kits: the legionella detection kit and the coliforms detection kit (including Escherichia coli). Both of these were designed by scientists with backgrounds from the CNRS: the French National Centre for Scientific Research.

Why is this such an important product to have at home?
During summer, bathing water becomes a fertile ground for the development of coliforms (including E. coli), which are bacteria indicating faecal contamination. 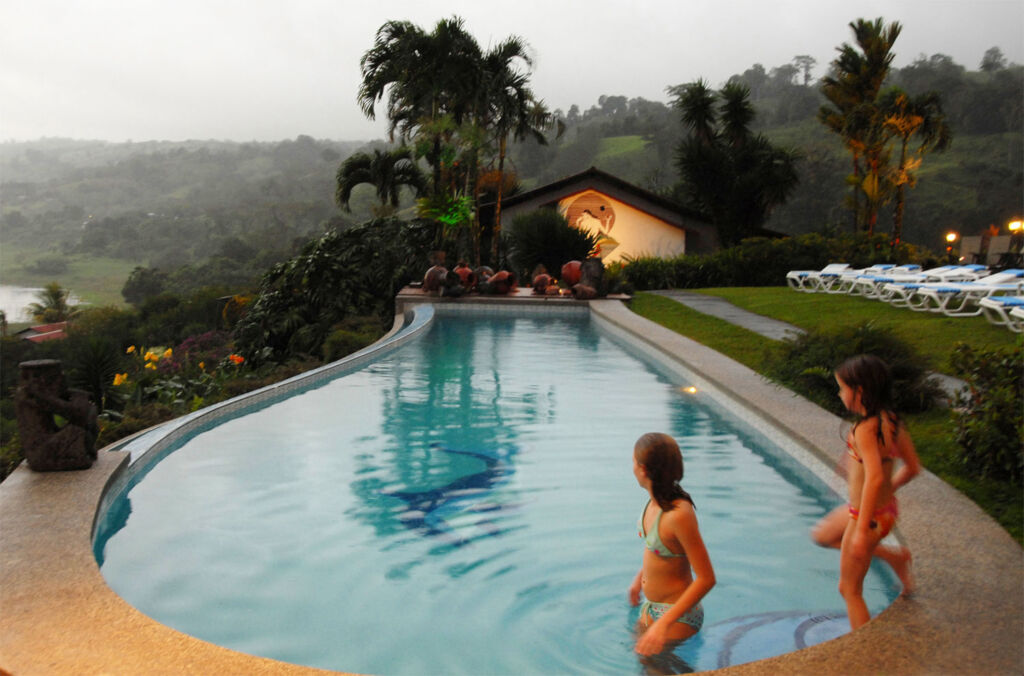 Using the kit for Swimming pools, Beaches and Spas.
Each year, beaches and public swimming pools are closed due to contamination by coliforms. These bacteria develop in the digestive tract of warm-blooded animals. Their presence in water, therefore, indicates faecal contamination which may turn out to bear diseases, viruses and other pathogenic microorganisms.

Although most contaminations are from human sources, in particular from young children, they can also originate from domestic or wild animals. Beaches, private or public swimming pools and spas, even those that are chlorinated, are the bathing locations which are the most affected by this bacteriological risk. Coliforms are also found during or after heavy rainfall. Flows of water can drain faecal contaminants which end up in outdoor swimming pools.

The result of ingesting this contaminated water includes food poisoning, acute gastroenteritis, meningitis, urinary infections, or even septicemia (a generalised infection which is fatal in 27 to 50% of cases).

In young children, this can cause a haemolytic and uremic syndrome (HUS), a serious toxic shock which affects the kidneys and can manifest itself in an acute renal insufficiency.

Why you should be testing Showers, Taps, Spas, Air-conditioning and Misters.
Cases of legionellosis have increased by 220% since 2005 in Europe. This respiratory infection is fatal in 10% of cases. In people classed as vulnerable or the elderly, the mortality rate can be as high as 50%. It invariably necessitates hospitalisation.

It is not obligatory to declare the disease in every country, but it is estimated that many tens of thousands of people could be afflicted each year across the globe. A recent study by the American National Academy of Sciences reveals that the disease remains very widely underestimated: 20 to 50% might not be diagnosed. This is a serious disease which can have serious physical or neurological consequences, which are sometimes irreversible. 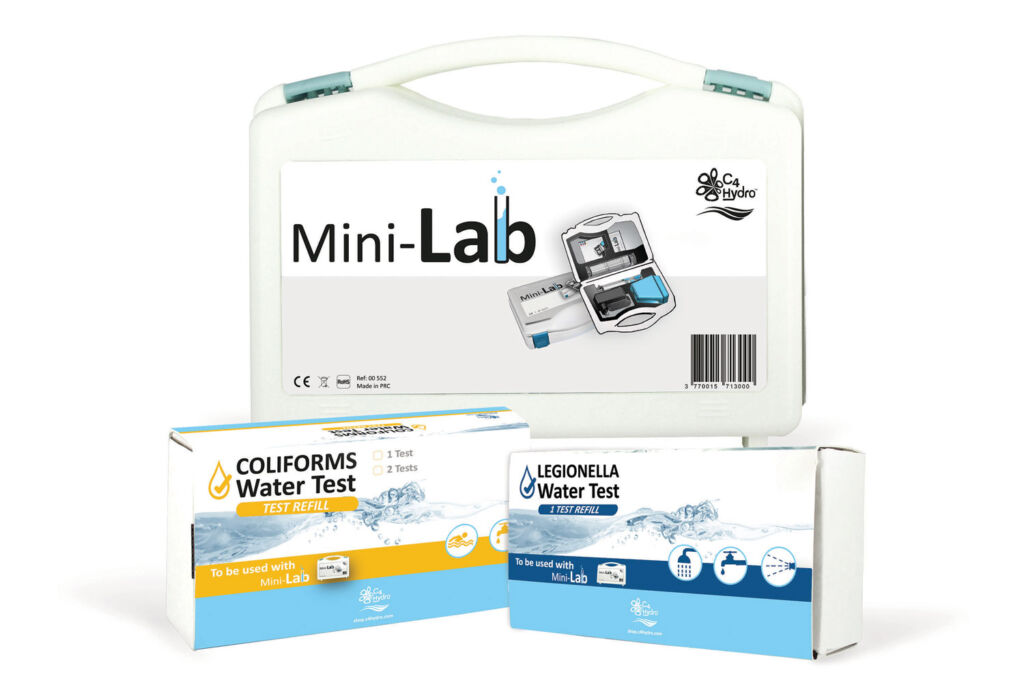 In light of these risks, the watchword is Prevention.
C4Hydro has developed its first two bacteriological detection kits to respond to this health risk. Due to their speed and simplicity, they make it possible for anyone to check their water fully independently, and to treat it if necessary BEFORE it leads to an infection. The Water Test range is the only one on the market to be based on the culturing of bacteria with an incubation cycle. This is an unprecedented innovation which guarantees reliable results for private individuals.

How do the C4Hydro tests work?
The Water Test test must be combined with the desired analysis kit: the legionellae kit or the coliforms kit. The Mini-Lab contains two syringes and a mini-incubator which will incubate any bacteria sampled.

During the incubation time, they will evolve in an enclosed environment which is favourable to their development and safe for the user, which is capable of revealing them. Like a true laboratory analysis, the procedure consists of taking a sample of water to be analysed and following a simplified scientific protocol.

20 to 30 minutes of handling are necessary to perform the test. After this, leave the incubator plugged in for the recommended time: 24 hours for coliforms and only 48 hours for legionellae. Although 48 hours might seem a long time, bear in mind, it takes ten days in laboratories.

The result is simple to read and operates either via the colouring of the sample (for the coliforms) or via the reading of a strip (for the legionellae).

The Water Test range is the only one to be based on the culturing of bacteria with an incubation cycle.

Water-quality is so often overlooked by people at home and when on holiday. The presumption is that it is okay and this is sometimes not the case. Our default position is to always be safe rather than sorry and the C4Hydro kits takes us one step closer.

If you’d like more information on the C4Hydro products, visit www.c4hydro.com.