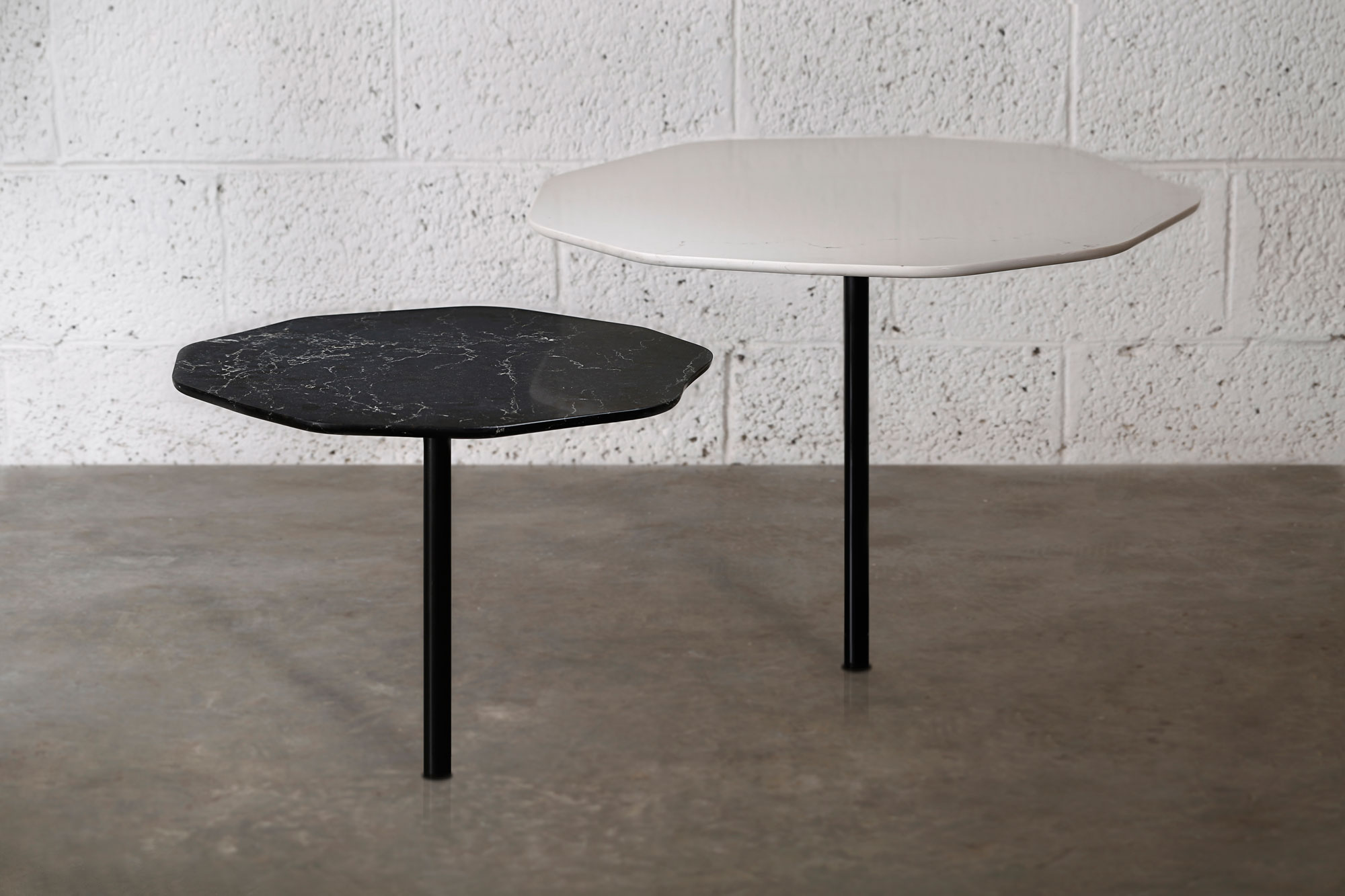 Caesarstone and Rona Meyuchas-Koblenz from Kukka design will present an exclusive composition of surfaces and tables at the Thirty Four Project installation at TENT London, 24 – 27 of September 2015.

Caesarstone will collaborate with Rona Meyuchas-Koblenz from the British design house Kukka on the creation of the Thirty Four Project at Tent London on view from the 24 – 27 of September 2015. This exhibition promotes Caesarstone’s 2015 Supernatural Series through an innovative re-interpretation of surfaces and tables. These will be presented using the 1141 pure white colour from the colour palette as a primary source of inspiration.

Modern and geometric in their design, the exhibited surfaces and tables are inspired by manufacturing techniques, quartz structure and Caesarstone surfaces. The exhibition’s name, Thirty Four, was created in reference to the unique palette of 34 colours within the Caesarstone 2015 Supernatural Series. 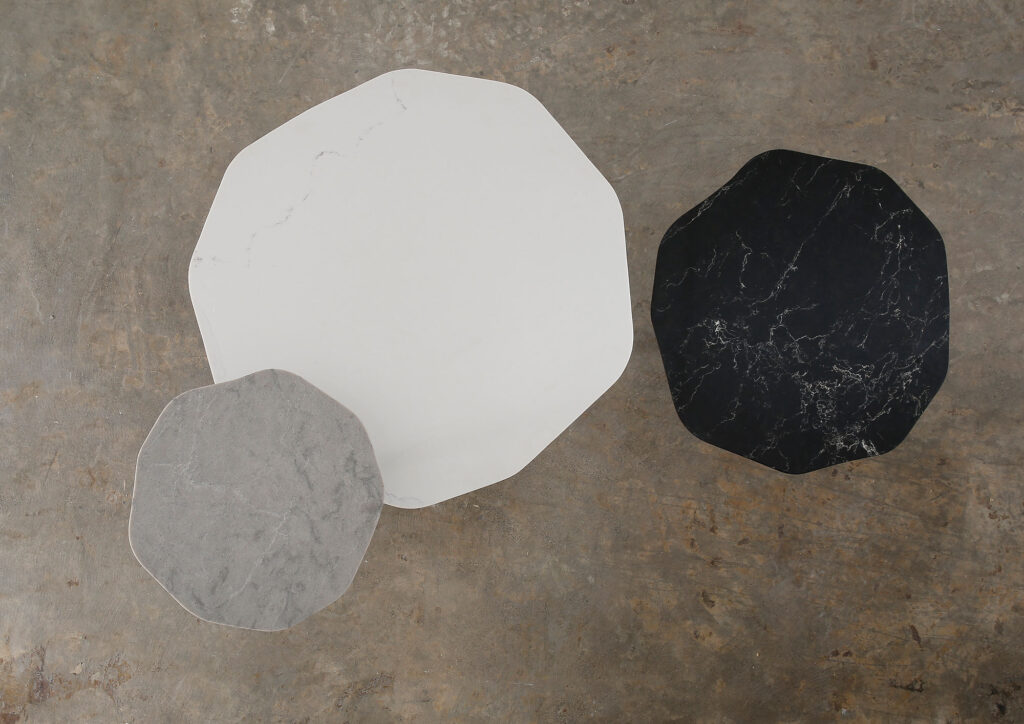 Designer Rona Meyuchas-Koblenz, originally inspired by the 1141 colour – the epicenter of the whole collection – was then further captivated by the additional tonalities of the 2015 Supernatural Series colour palette, which she then included in the overall tables and surfaces’ composition.

Eli Feiglin, VP marketing of Caesarstone, emphasizes: ‘Caesarstone continuously aims to inspire and challenge the creative world to use its surface materials in innovative ways. We are proud to be a part of London Design Festival and excited that Rona Meyuchas-Koblenz, once again, chose to use our product in her design.’

Designer Rona Meyuchas-Koblenz adds to this: ‘Thirty Four Project highlights an imprinted memory and acknowledges the nature of the material, combining Caesarstone surfaces and the Quartz material in a unique interpretation. It has been really inspiring to work with Caesarstone material and manufacturers and a great honour to be invited to work on the installation at Tent London’ 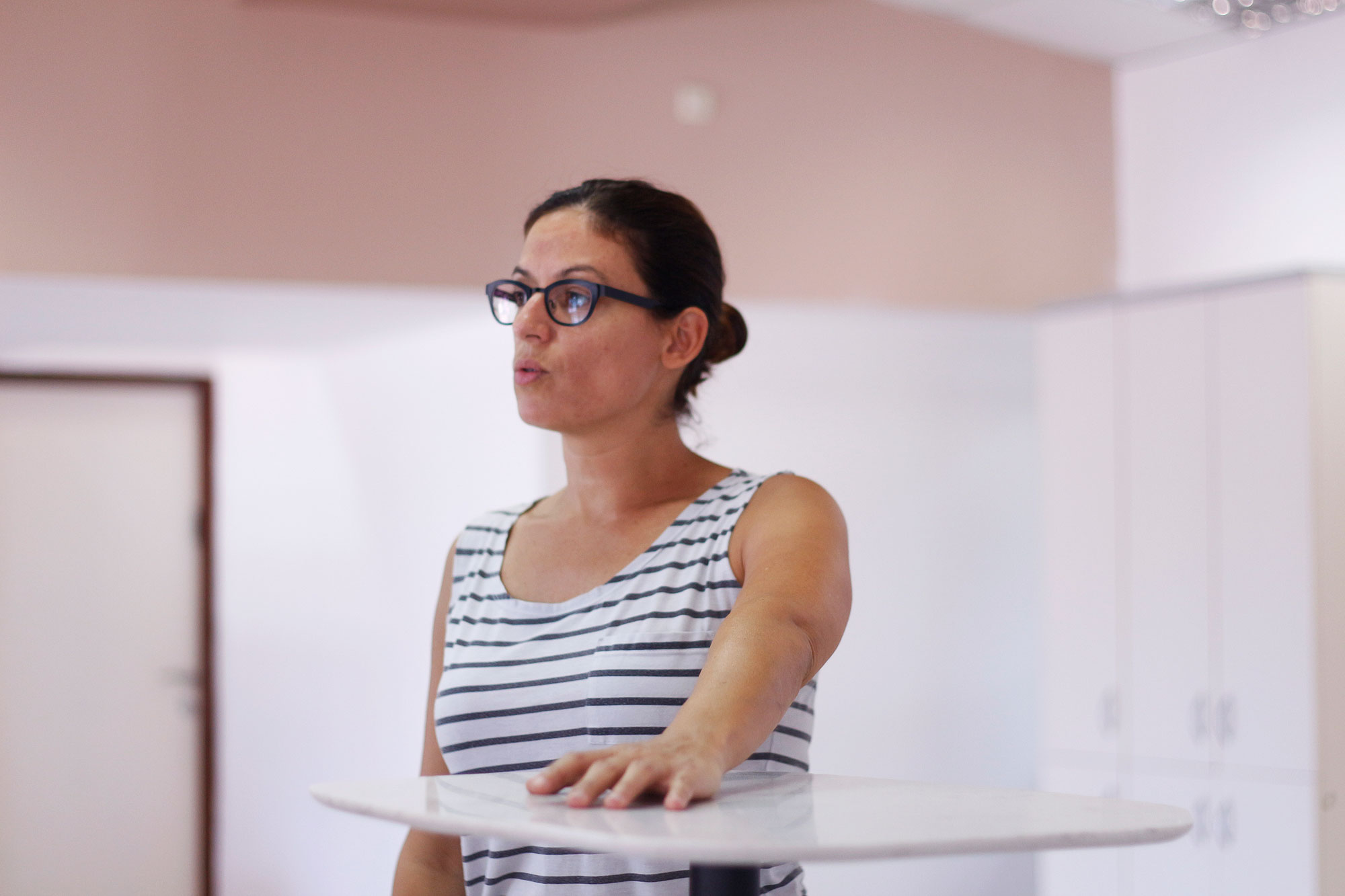 About Rona Meyuchas-Koblenz:
Designer Rona Meyuchas-Koblenz started her career in Italy after graduating with a Masters in Industrial design from the SPD and going on to work for various international industrial design consultancies in Milan. In 2000 Rona moved to London and worked at Isometrix lighting & Design as a senior product designer and was responsible for the design and manufacture of custom made lighting products. Some of the projects included Yawatcha Restaurant (FX award), Nobu Restaurants, Hotel Puerta America (winner of best lighting design award 2006), Rosehearty luxury yacht and some private residences. Having designed award winning products for companies such as Leucos, Aldabra, Egoluce, CattelanItalia, M&S, Luceplan and others, Rona’s professional experience in design and manufacturing inspired her to design and make products under her own label. Rona has established her design studio kukkastudio.co.uk in east London in 2007 and released her first batch of products in Milan Salone del mobile. Later that year Rona received recognition of excellence in design from the Israeli government In 2008, Fiera Milano approached Rona to feature her work in the second edition book ‘BOX 40/2’ about emerging young designers under 40 who have contributed to Italian companies. Critical acclaim followed in 2009 and 2010 when Rona Meyuchas-Koblenz’s work was selected to represent British design at British design embassy events in Milan curated by Paul Smith and La Rinascente. Rona’s clients include La Rinascente, URBO, Conran, Paul Smith, Aviv Group, Selfridges, Caesarstone and more to mention. At the beginning of 2010 Kukka™ brand founded kukkastudio, specializing in bespoke made projects and commissions.