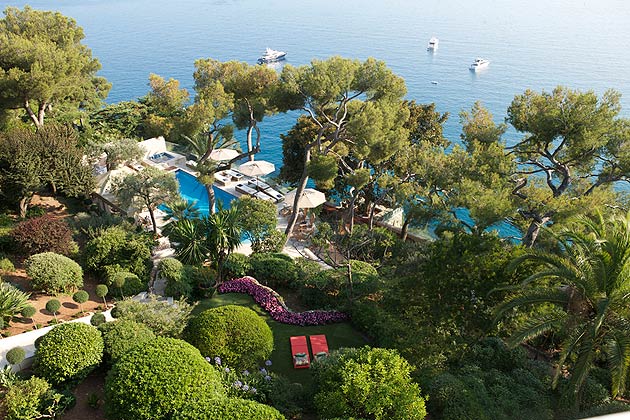 Villa Egerton is a property that has for the past century been a closely guarded secret summer residence for Europe’s most influential and one of the ultimate places to entertain in style on the Côte d’Azur.

The original Belle Époque property in Roquebrune, Cap Martin on the shores of the Mediterranean, will be available to rent for the first time after a six-year, multi-million euro investment project to restore the villa to its former glory and to develop the outdoor entertainment facilities. Located on the most coveted part of the French Riviera, fifteen minutes from the Italian border and overlooking the Mediterranean Sea, Villa Egerton commands unparalleled views of the Bay of Monaco.

As one of the grand villas of Roquebrune, Villa Egerton bore witness to the legendary party scene that characterised the entire coast in the 1940’s and 50’s. Twentieth century icons such as Coco Chanel, F. Scott Fitzgerald, Greta Garbo, Salvador Dali, Man Ray and Ernest Hemingway would take annual summer residence in Roquebrune while wartime hero Winston Churchill is said to have spent several summers at the villa writing part of his memoirs in the shade of the tree-lined gardens. The villa’s exuberant story is quite literally embedded in the walls, a great example being a secret bar disguised behind a bookcase in the library.

The 7,500 square metre property has been meticulously renovated throughout to restore its original turn of the century grandeur. It boasts one of the largest outdoor entertainment spaces on the coast including al fresco living and dining spaces, a travertine pool terrace bar, a comprehensive range of cooking facilities, a spectacular heated swimming pool as well as a hot tub Jacuzzi.  The views from across the gardens, down to the pool and over the sea are truly sensational. Enjoying a glass of champagne from the hot tub with panoramic views over Monaco is a surreal experience. 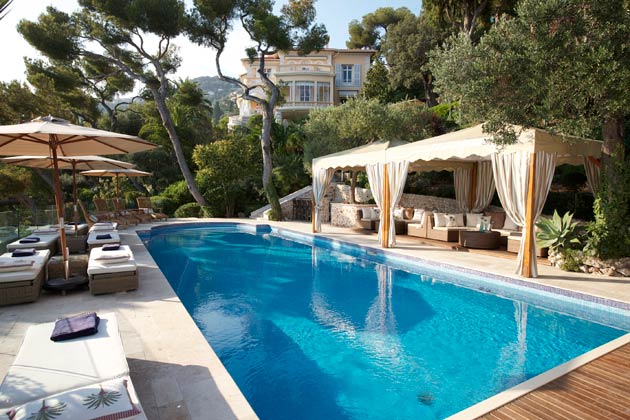 Striking design features begin with the entrance and front gates that lead to the villa, which were custom made by Fucina Boranga Artistica, the business responsible for the ironwork gates surrounding the Colosseum in Rome. Villa Egerton’s interiors are equally impressive with fresco murals and gold leaf detail hand painted by a team of Italian artisans from Mariani Affreschi. There are seven bedrooms – five of which are en-suite, two individual bathrooms, three lounges, a grand dining hall, two luxuriously appointed kitchens, a sunroom and an office. In addition to the ornate living spaces, Villa Egerton boasts over 1000 square feet of  space for entertaining including a large hall, a state of the art cinema, an Italian wine cellar and a full bar hidden behind a wall of bookcases.

Mod cons aside, Villa Egerton plays an intrinsic role in the history of Roquebrune. First named Villa Roque, the property was constructed in 1902 by architect du jour George Tersling for the highflying British politician Reginald McKenna. As the most sought after architect on the Côte d’Azur, Tersling developed residences for Europe’s aristocracy throughout the region, many of which can be identified by his lavish design style and adherence to the art nouveau aesthetic. It was from the villa that McKenna, who later became Home Secretary and Chancellor of the Exchequer, wrote to the future wartime Prime Minister David Lloyd George thanking him for his New Year’s greetings and to discuss their upcoming golf plans in neighbouring Cannes. The property was passed on through marriage in 1910 to Lord Egerton of Tatton and stayed within the dynasty until the peerage ended with the fourth and last Lord Egerton. Since the 1990s, the villa has been in private hands, and the current owner, an Irish businessman, purchased the property in 2007.

Guests staying at Villa Egerton will be able to enjoy free access to one of the Cote d’Azur’s leading concierge services who are able to organise bookings for Monaco’s most exclusive nightclubs, top tables at fine dining restaurants, trips to the foremost beach clubs and luxury spa days. The villa rental includes two housekeepers, daily continental breakfasts, interior and exterior WiFi, satellite television and a media library with hundreds of movies. Guests can rest assured that discretion and privacy are key at the villa. During high season (July and August), Villa Egerton is priced at €300,000 per month or €90,000 per week.  During low season (November to April), the villa costs €150,000 per month or €45,000 per week. 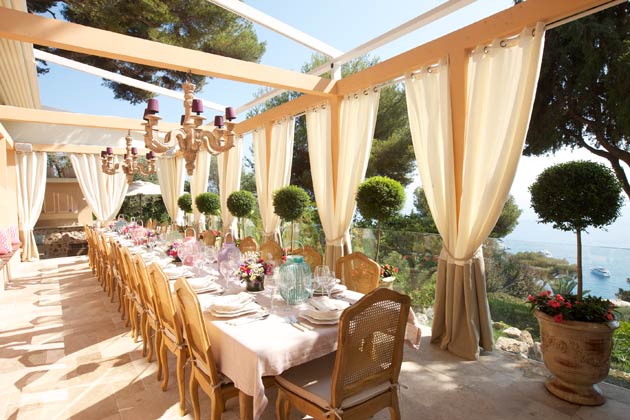 Visitors may also opt for the luxury service package, which includes three housekeepers, a butler, private chef, chauffeur as well as a twice-weekly fresh flower service. This package is priced at an additional €11,000 for a week, €18,000 per fortnight, and €30,000 per month. The Minimum stay is seven days.