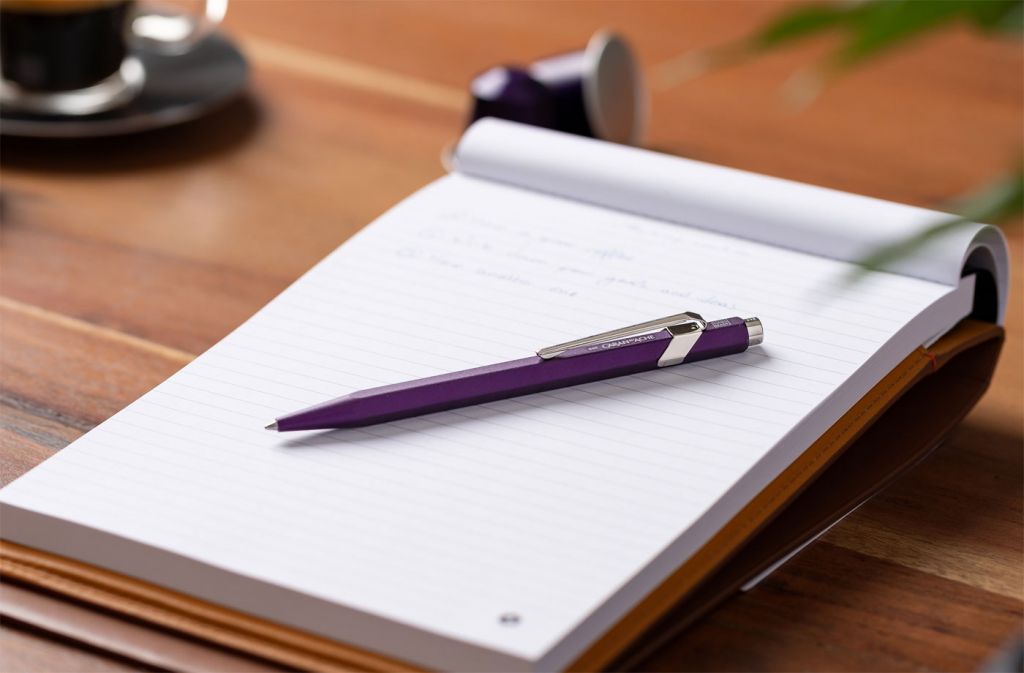 Caran d’Ache and Nespresso combine their creative talents for a new edition of the Caran d’Ache 849 ballpoint pen which uses recycled aluminium from used Nespresso capsules.

At first glance, the Caran d’Ache + Nespresso limited edition 849 is not the typical writing implement we would feature in Luxurious Magazine. Generally, we tend to write about pens made from something a little more exclusive than aluminium. But, sometimes design and innovation trump price and exclusivity.

Individually we’ve featured both companies as they do make some quite excellent products, this, however, is the first time they’ve been together in the same article.

It’s not the first time the companies have collaborated, it might surprise some to know this is their third foray as a two-some. 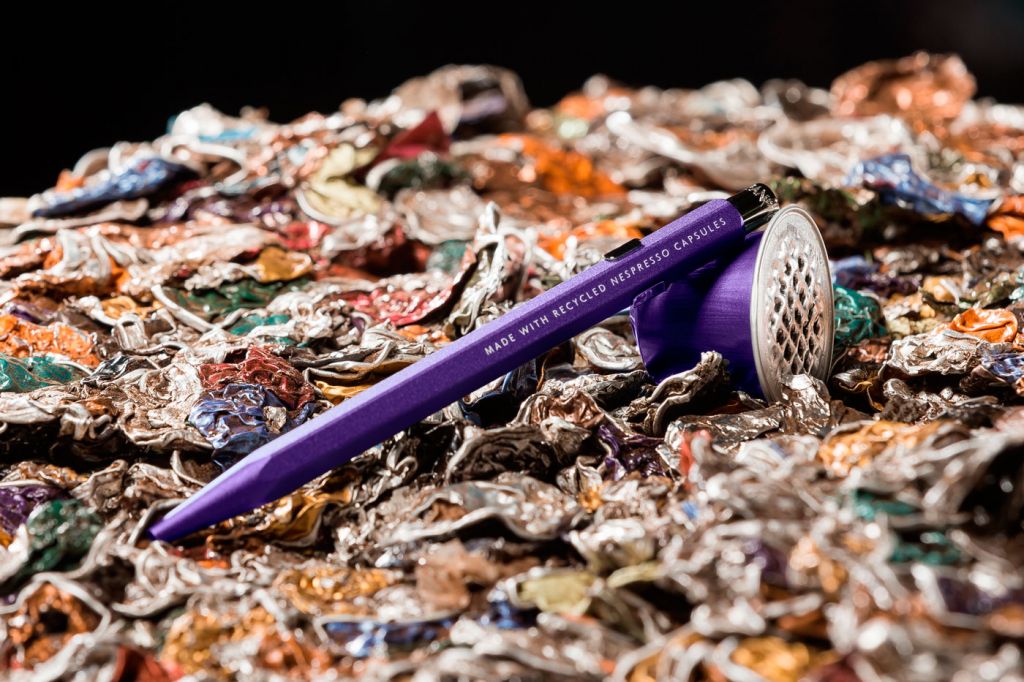 For this third Caran d’Ache + Nespresso collaboration, the 849 pen is adorned with the deep, brilliant purple of the “Firenze Arpeggio” capsules.

Some of you will recognise the design of the 849, it’s very much an icon of the pen-world. The 849 has been around since the sixties and it might surprise you to know that one is sold every five minutes somewhere in the world.

The limited-edition collection was designed and produced entirely in the workshops of the Maison Caran d’Ache in Geneva and the words “Made with recycled Nespresso capsules” are engraved on the body of the pen to underline the uniqueness of this edition.

Aluminium is an ideal material for manufacturers to work with as in its natural state, it can be infinitely recycled while retaining its original properties, and there seems to be no shortage of it.

During a week, countless used Nespresso capsules are collected from thousands of Nespresso points located throughout Switzerland. They then go to Moudon (VD) where the coffee element is separated from the metal and the used capsules are cleaned.

The coffee element doesn’t go to waste; it’s converted into natural fertilizer and sustainable energy while the aluminium is melted down and recycled for use in other products. 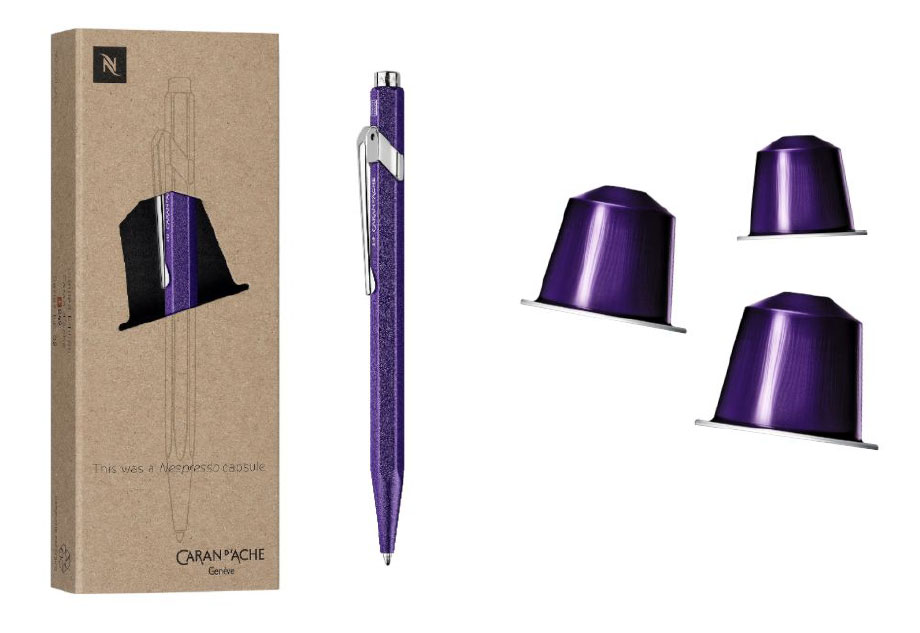 It’s laudable to have two such environmentally focused companies. And, their desire to engage in sustainable manufacturing doesn’t stop there. The same environmental consideration applies to the packaging of the pen, which is made from 100% recyclable and glue-free cardboard.

One of the aspects which garnered particular attention was the longevity of the pens. Both brands wanted a highly resilient product. Ideally, something that would last for a lifetime and the good news is they feel they’ve achieved this.

The pen has a refillable goliath cartridge which is capable of writing flawlessly up to 600 A4 pages and is available in four colours and three widths. With it being made from recycled material, it would make the perfect gift for someone who is environmentally-conscious. 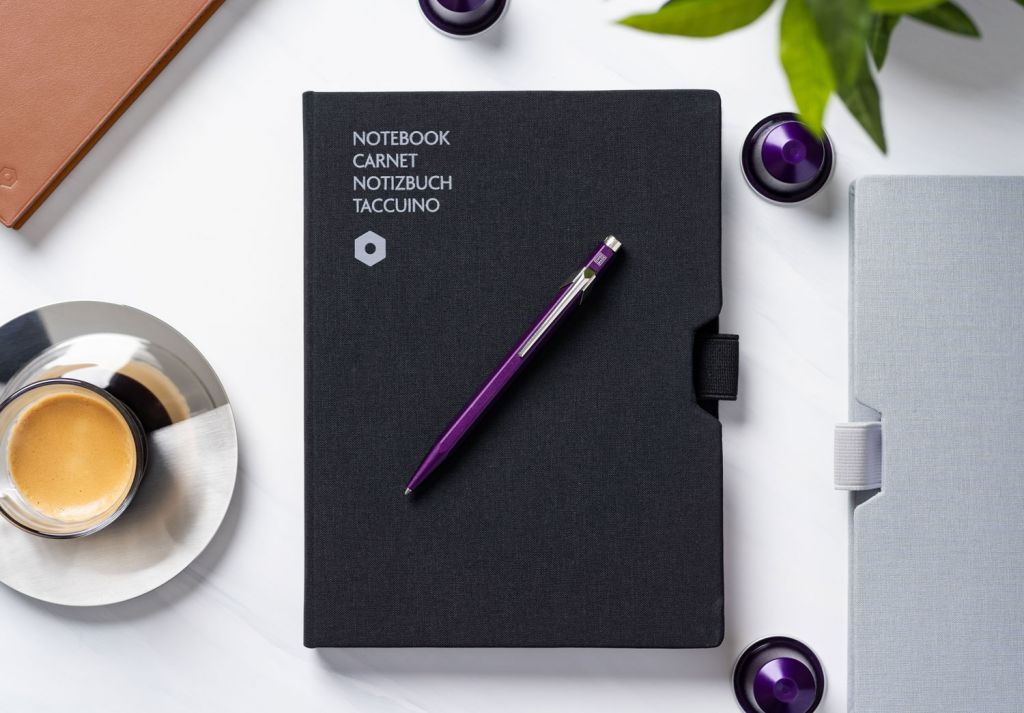 The Caran d’Ache + Nespresso ballpoint pen (edition 3) will be available from June 8th 2020 at Caran d’Ache points of sale worldwide and on www.carandache.com.