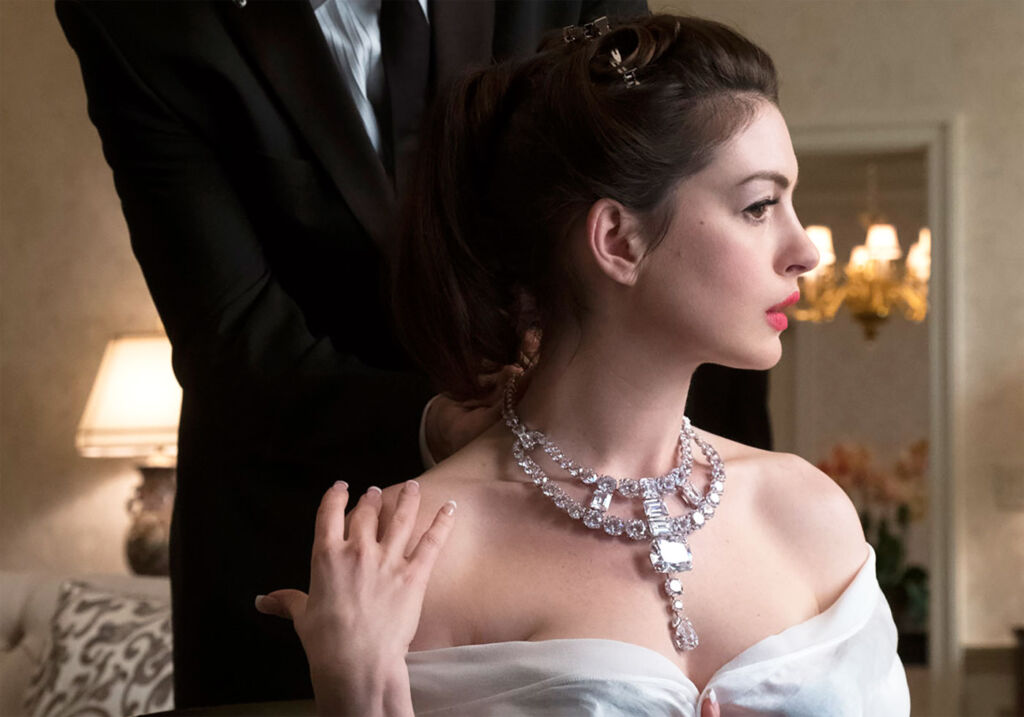 It features a powerhouse ensemble cast of leading actresses such as Sandra Bullock, Cate Blanchett, Anne Hathaway, Mindy Kaling, Sarah Paulson, Awkwafina, with Rihanna and Helena Bonham Carter but the real star of the US box office hit Ocean’s 8 isn’t a Hollywood celebrity but a replica of a Cartier diamond necklace known as the Jeanne Toussaint necklace.

The original necklace was designed by Jacques Cartier for the Maharaja of Nawanagar in 1931. Although it no longer exists, Cartier had sketches as well as photographs of the original necklace in its archives and these drawings was what Cartier used to reproduce this stunning creation for the movie.

When the original necklace was first made, it was described as “the finest cascade of coloured diamonds in the world,” as it included the Queen of Holland, a blue-white diamond weighing 136.25 carats. For Jacques Cartier, it was “a superb realization of a connoisseur’s dream.” 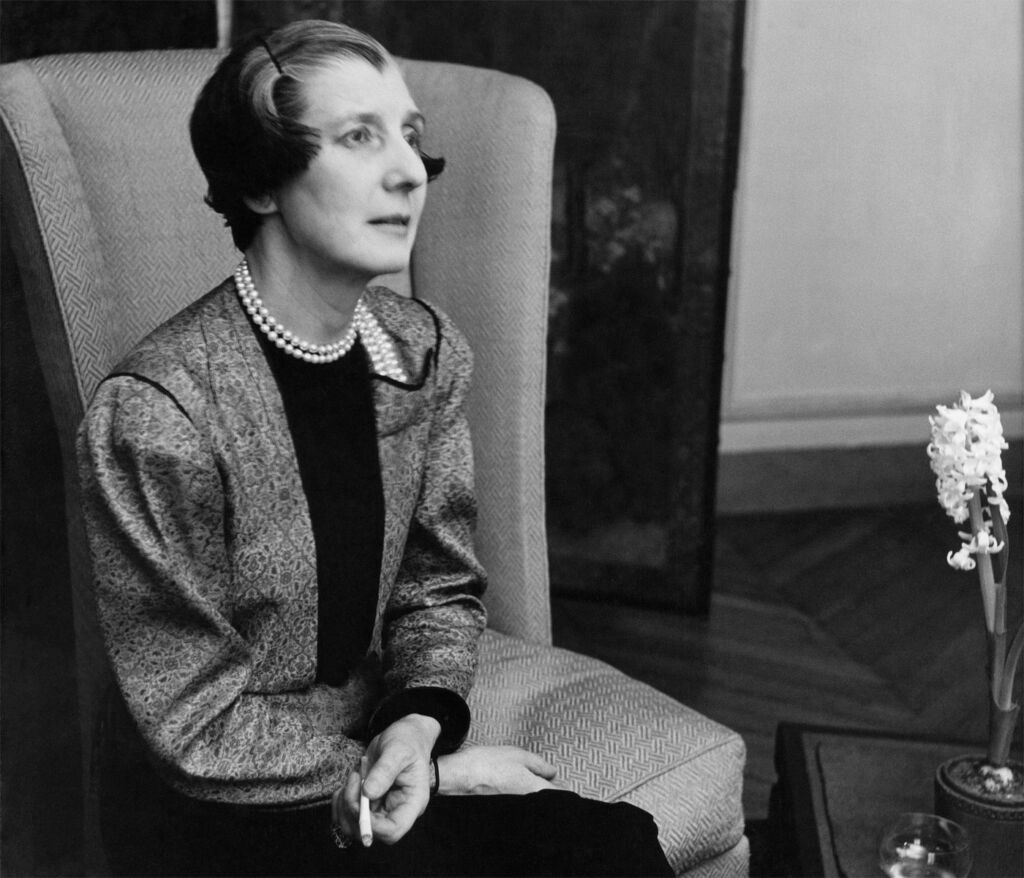 The necklace pays homage to Jeanne Toussaint who was the Creative Director of Cartier in the 1930s and Toussaint was instrumental in creating Cartier’s unique style and identity. She was the first woman to play such a large role in shaping Cartier’s bold and pioneering spirit.

As the Toussaint diamond necklace was reproduced for the movie, the proportions of the necklace were adjusted to fit the décolleté of actress Anne Hathaway and it was reduced in size by approximately 15-20 per cent of its original size as it was made for a Maharaja who was a man.

Dismountable bezels were devised to successfully adapt the jewel to match Hathaway’s proportions. When the actress wore it for the first time in New York, the necklace fit her perfectly. In the movie, zirconium oxides, a natural material was used instead of real diamonds and the necklace was mounted in white gold. 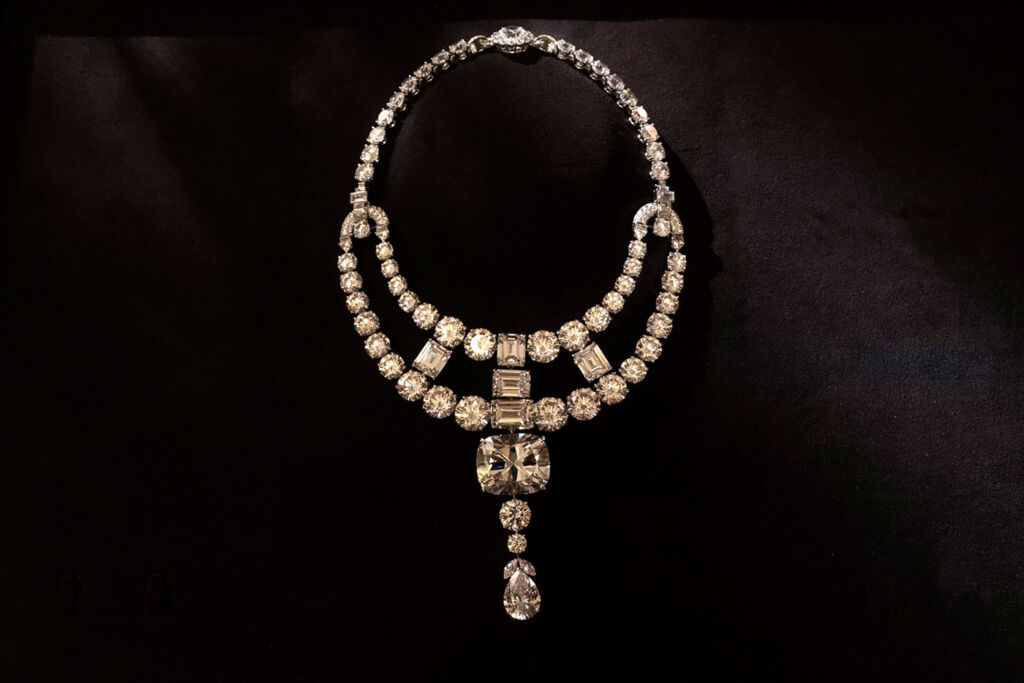 But even the necklace was a replica, it was solidly made as it had to withstand the wear and tear of constant manipulations and rough handling during filming. Meticulous attention was paid to the finishing of the settings and polishing, as close-ups would not allow for any imprecision. The Jeanne Toussaint Necklace passed the high standards of Cartier High Jewellery requirements in terms of craftsmanship and excellence.

For this movie commission, Cartier mobilized the resources of its High Jewellery workshops situated rue de la Paix in Paris and utilised their expert jewellers were required to accomplish this feat in less than eight weeks, a demanding task on top of their everyday assignments.

And apart from the “Jeanne Toussaint” necklace, Cartier was also the exclusive on-site jeweller during filming at the Metropolitan Museum. For five consecutive nights, beautiful Cartier jewellery was loaned to those making cameo appearances in the movie with pieces ranging from Cartier Collection to current New or High Jewellery, as well as watches and accessories. 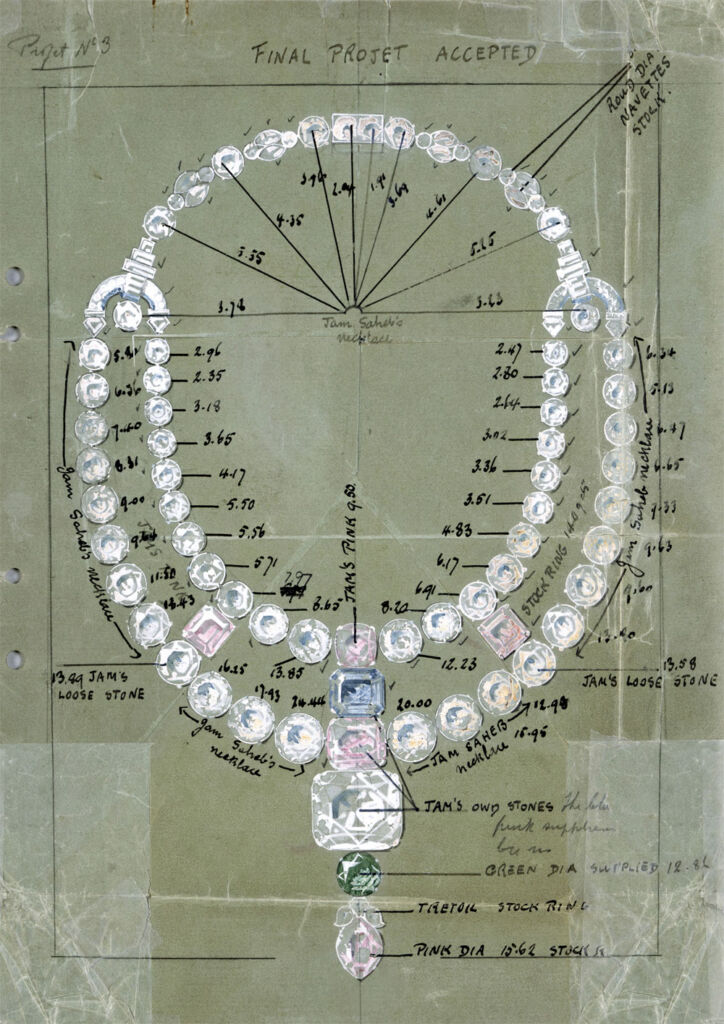