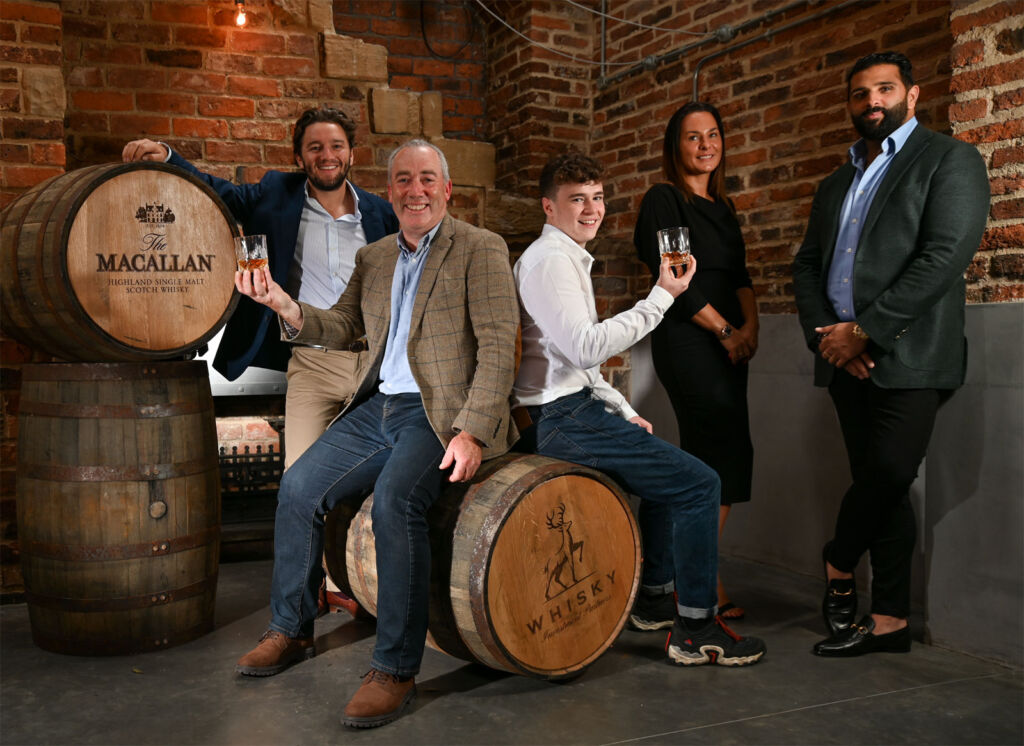 Over the years, we’ve seen bottles of whisky achieving staggering sums. The appetite for the best whiskies seems to be endless, and the reason is probably down to a consistent increase in their values. Instead of investing in a bottle, why not go the ‘whole hog’ and invest in a cask? Roger Roger Parfitt makes the Yes case for cask whisky investment in this feature.

Knowing where the best place to invest money in today’s modern world is no straightforward task. There are the tried and tested methods of stocks and shares and bricks and mortar. Some will look towards cryptocurrencies, but although the rewards can be great, it is a volatile market and does require nerves of steel.

An increasing number of investors are choosing to broaden their horizons by looking at alternative investments. These include art, watches and jewellery, memorabilia, vintage toys and whisky, and it’s specifically cask whisky that is the focus of this article.

The rising cost of living
It’s almost a certainty that there will be at least one major news article daily focusing on the rapidly escalating cost of living. Inflation in the UK is set to rise to an eye-watering 7%, possibly higher, and in ‘normal times, this would be balanced out by an increase in interest rates to help savers alleviate the pain. However, with the huge amount of borrowing by the current UK government, this seems to be shackled somewhat.

In February, the BBC reported that the UK government spent £6.1bn in interest on repaying its debts in January, up from £4.5bn the same time the previous year. However, this is still well below the staggering all-time high of £9bn in June last year. With the cost of servicing the UK Government’s debt so vast, the urge to increase interest rates by more than a fraction of a per cent is probably way down ministers’ agendas. 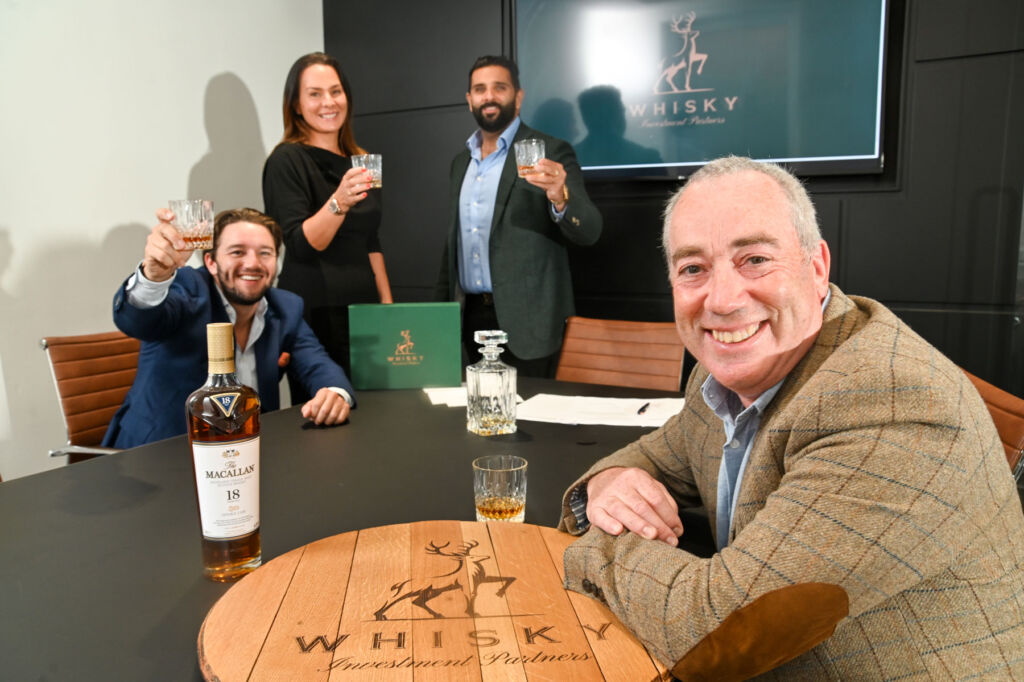 Making a case for Cask Whisky Investment
In the UK, there was an unprecedented second-year freeze on alcohol tax, which was announced last year and added to this, global Scotch Whisky consumption is forecasted to continue growing by 8.2% by 2023[1]. So, is investing in cask whisky a wise move given the lack of options available?

Someone who is championing investing in cask whisky is Roger Parfitt, a former bank manager who understands the importance of good personal money management and has made a career over the past 40 years helping businesses and individuals make and manage money.

Following an investment of £4,700 twenty-seven years ago in cask whisky (£3,200 and £1,500 for a Macallan and Tobermory cask, respectively), Roger signed a sale agreement with Whisky Investment Partners for a whopping £225,000 – a massive 4,600% return on his initial investment last summer.

Following his successful journey, he told us, “It is important to turn to tangible assets to invest in with the knowledge that these methods offer less risk of being impacted by fluctuations in the market.”

Roger explains, “Assets like Scotch Whisky have shown that they can ride out such storms and continue to offer value for money.”

Adding, “As we move into spring and summer, we have every reason to believe the benefits of investing in the traditional haven of profitable, fully-owned, tangible assets are a lucrative option in the current climate, especially when compared to traditional investment forms; such as stocks and shares.”

Like most industries, whisky production and distribution were impacted by the 2020 pandemic, but the effects were short-term, and the value of whisky has been largely unaffected, making cask whisky investment all the more attractive in 2022.

Crucially, as whisky casks are defined as a wasting asset by the HMRC due to the natural evaporation that occurs during the maturation process, they are not subject to Capital Gains Tax, which gives investors more opportunities to maximise their profits when they choose to sell.

“We’ve seen an increase in demand across the board, and we’re hearing from those who are acutely aware that if they do nothing, they’ll earn up to 7% less on their other investments when the new inflation rate hits. Cask whisky has historically offered stable returns, with its added benefits being a tangible asset. Looking forward, we expect this to increase further over the next few years in line with global consumption growth,” says Roger.

Despite spirits, including Scotch Whisky, continuing to be taxed more per unit of alcohol than beer, cider and wine due to their higher ABV content, the current duty freeze provides welcome relief to all distillers, specifically in Scotland, where 92% of all UK spirits are produced or bottled[2].

Global demand for whisky is high. The duty rate on spirits continues to be £28.74 per litre of pure alcohol, meaning the tax burden on the average priced bottle of Scotch Whisky is 70%[3]. Nevertheless, the duty freeze confirms that the UK government endeavours to support the whisky industry and protect the investment market for Scotch Whisky, with the annual CPI forecast for inflation predicted to peak at 4.6% in April 2022[4]. 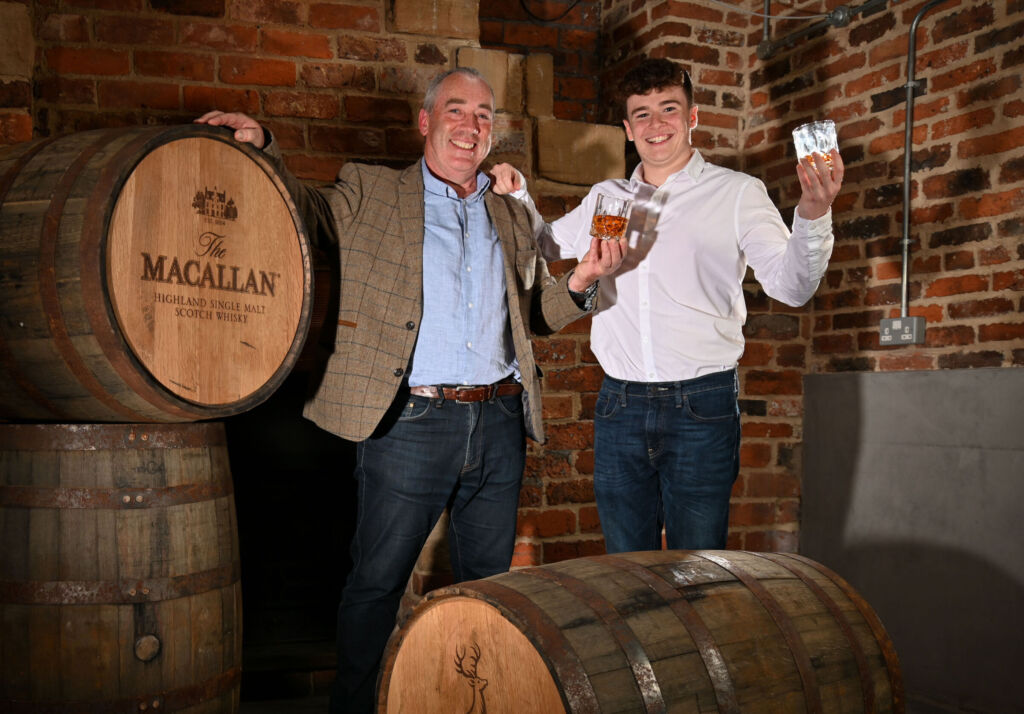 Roger concludes, “The freeze offers a golden opportunity within the whisky investment market. By avoiding steep inflation rates, it is now more attractive than ever for investors to begin their whisky investment journey.”