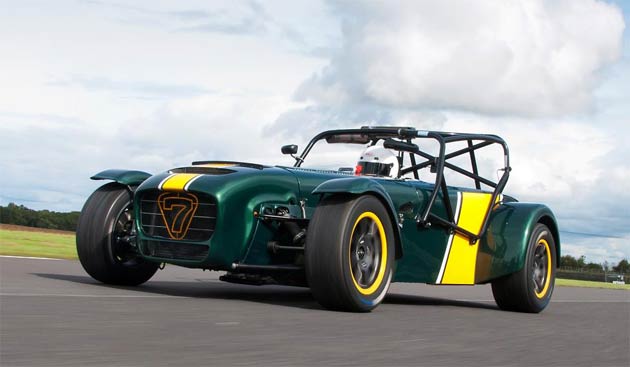 With stunning performance potential and all the character of existing Caterham circuit cars, the new supercharged incarnation of the Seven will represent the top echelon of the Caterham racing spectrum in the Superlight R600 Championship from 2013.

The R600 race car, which costs £44,995, will be the first Seven ever to feature forced induction technology, making it the fastest ever production Seven and a natural progression from the advances made with Caterham’s sports prototype, the SP/300.R, which uses a similar power plant.

Caterham is expecting at least a16-car grid for the debut championship season in 2013, with 30 cars anticipated to compete the following year.

Simon Lambert, Caterham’s Chief Motorsport and Technical Officer, said: “Caterham racing just got even more interesting. As the fastest Seven we’ve ever built, this will provide our existing R300 racers with a real step up and a new and exciting challenge, even for experienced drivers. The R600 represents an increase in aggressiveness, although the linear power delivery of the supercharged engine makes it superbly driveable, much like the R300.”

A clear development from the Academy, Roadsport, Tracksport, Supersport and R300 race cars, the R600 will transfer driving characteristics inherent to all Sevens but will be more aggressive – with 200lb-ft of torque, it represents a 13% increase on the current top-of-the-range road-going Seven, the legendary Superlight R500.

Meanwhile, 275bhp is directed to the rear wheels through a six-speed, sequential gearbox.

The latest variant of the Seven can be bought as a new car or existing R300 owners can upgrade their vehicles to R600 spec. Exact price will be confirmed in the coming weeks. 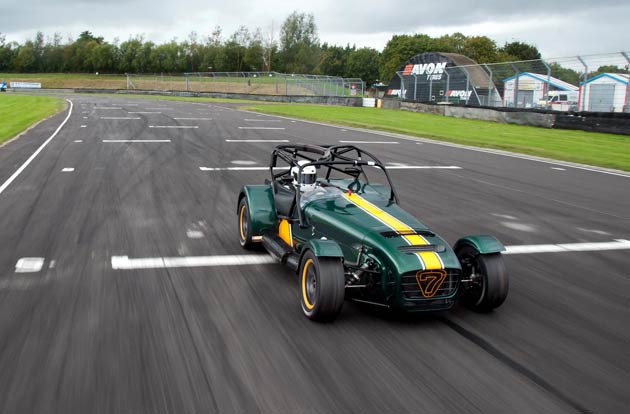 As Caterham’s brand profile continues to rise, thanks to its addition to the Formula One grid, the Company will also look to gather together its flourishing series of domestic championships – from the entry-level Academy to the premium new championship – to create dedicated, festival-style Caterham race days.