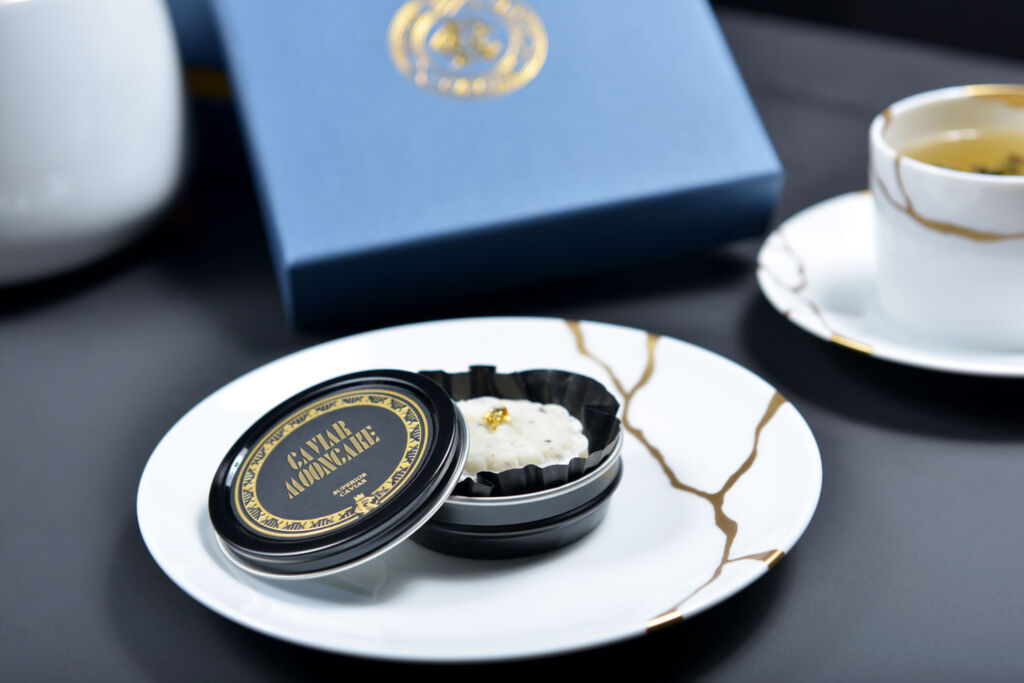 After two years of extensive research, the Royal Caviar Club is ready to introduce what is likely to be a world’s first. In collaboration with Chef Nicholas Chew, they’re launching a new savoury mooncake made with caviar and Australian black truffle.

Mooncakes are traditionally a sweet confection enjoyed during the Chinese mid-Autumn festival. They’ve been documented in the Chinese culture for more than 3000 years. History is a little sketchy when it comes to caviar infused Chinese delicacies, so it’s probably safe to say that this new variation is the first of its type in more than three millennia.

The caviar and black truffle mooncake is the brainchild of the Royal Caviar Club and chef Nicholas Chew who previously worked at the Michelin-starred Serge et Le Phoque, Bibo, St Betty’s.

What’s in the mooncake?
The mooncake is made from a premium list of ingredients: Royal Cristal Caviar (10g), Australian winter black truffle, truffled potato, and a soft and chewy non-baked snow skin outer coating. 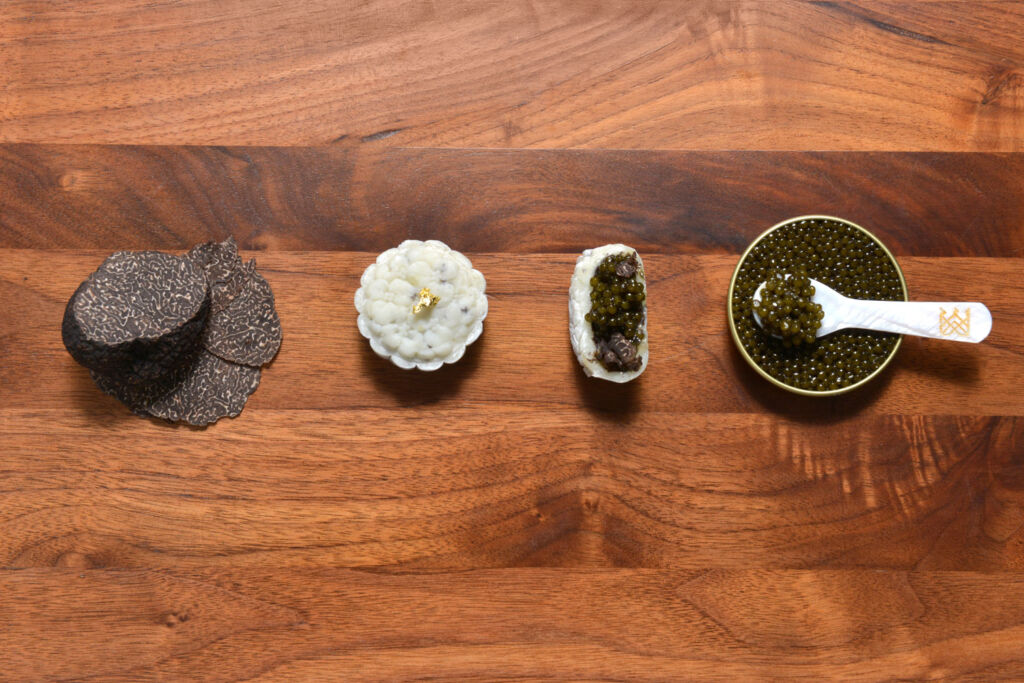 The caviar and truffle mooncakes are limited to just 1000 boxes with each box containing four mooncakes. For orders placed before the 11th September, the price is HK$1,380. After this, (up to 25th Sept) the price increases to HK$1,800. All orders should be placed via the Royal Caviar Club’s online shop; the link is at the end of this article.

As we mentioned previously, the caviar and black truffle mooncake were two years in the making, and it was Chef Nicholas Chew of Guerrilla Lab who was integral in bringing it to the market. 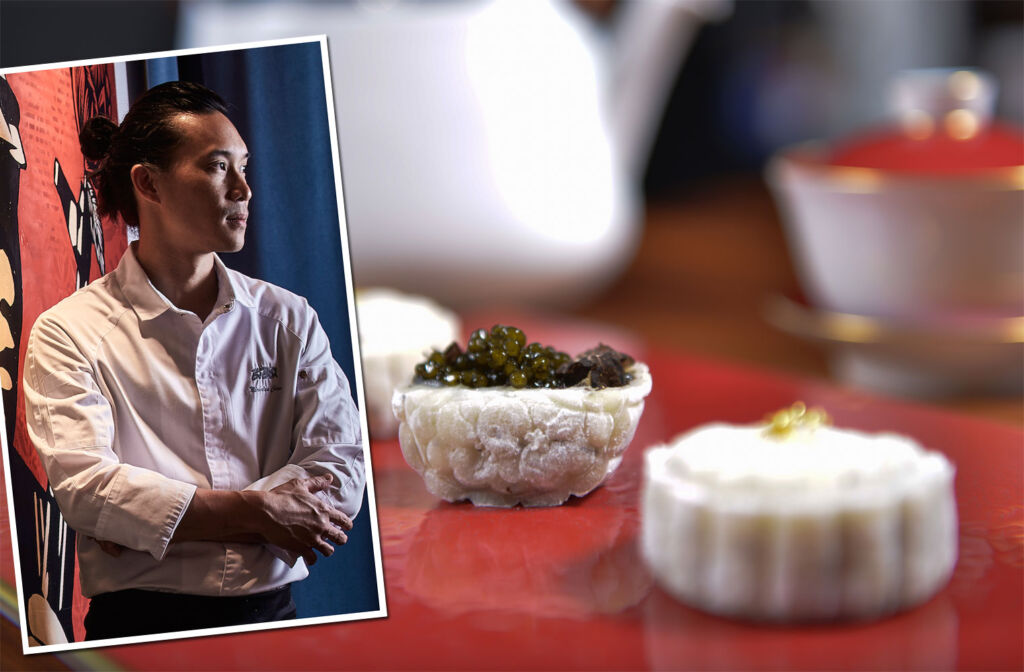 Guerilla Lab was founded by chef Nicholas and John Yip, previously of famed Michelin-starred French restaurant Serge et le Phoque. It was born from a 10-year-long partnership from a shared love for innovative cuisine.

The mooncakes are packaged within individual tins inside a luxury gift box and are free from preservatives and sugar, which is the polar opposite to its more traditional counterpart. 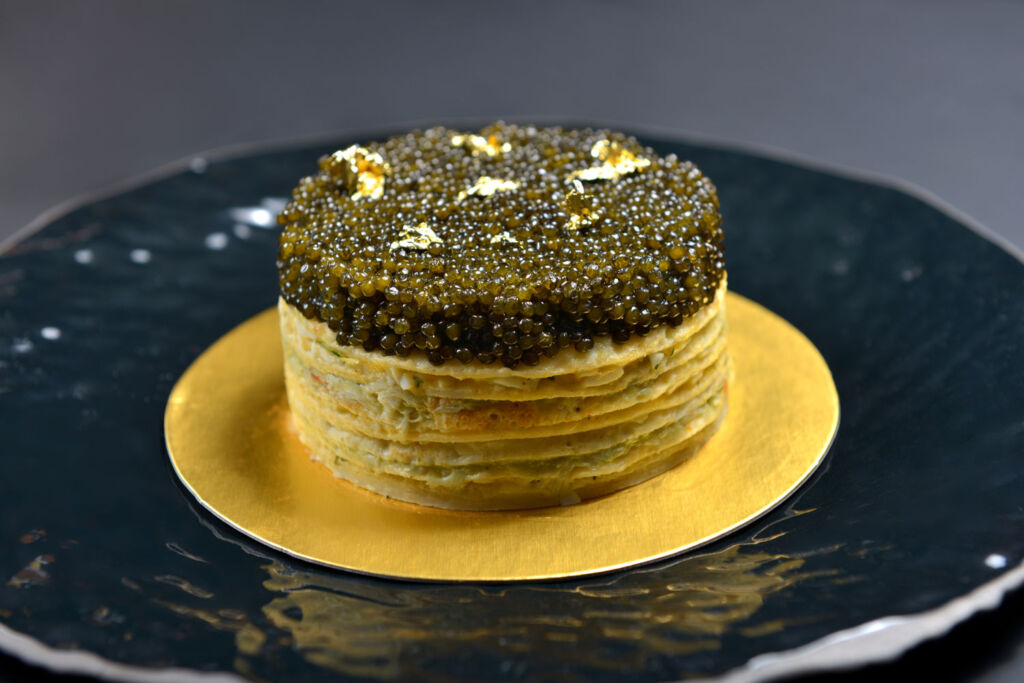 In addition to the limited-edition mooncakes, the Royal Caviar Club and Chef Nicholas have also created the limited edition Royal Caviar Club Crepe Cake. This is priced at HK$2,500 for 50g of caviar, HK$3,000 for 100g, HK$5,600 for 250g, and HK$9,800 for 500g. This very special caviar-loaded cake features thin layers of French crepes, avocado, crab, crab mille-feuille, egg, and potato.

To place an order and to see more of the Royal Caviar Club’s delicious offerings, visit www.royalcaviarclub.com.