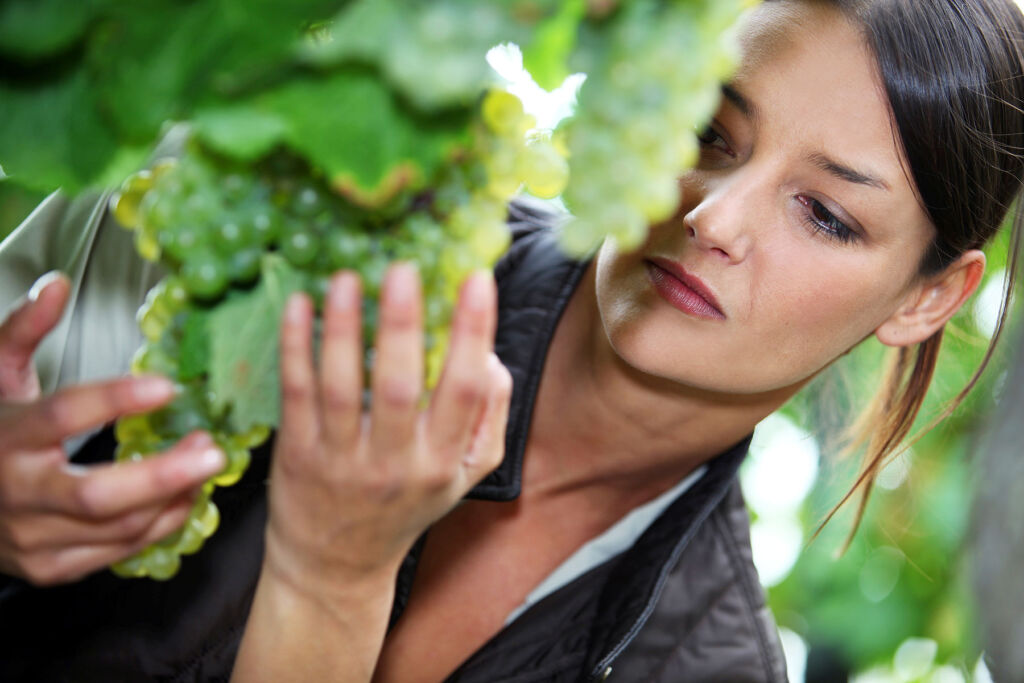 In the world of wine, women have received very little credit for their achievements to date when compared to their male counterparts. After all, it wasn’t that long ago that fine wine was very much considered to be the domain of the upper-class male.

Not any more! This International Women’s Day, Helena Nicklin invites us to raise a glass to five women who are doing incredible things in the fine wine industry. 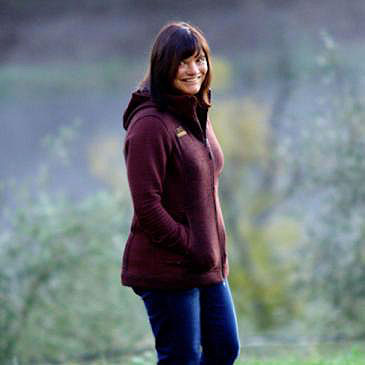 Barbara Banke (USA)
Chairman and proprietor of Jackson Family Wines, the company she founded two decades ago with her late husband Jess Jackson, mother of three Barbara R. Banke, runs the business in terms of strategy and vineyard acquisition as well as taking on a role in promotion.

The company now boasts a staggering collection of some of the finest vineyards worldwide, from their flagship Sonoma winery Kendall-Jackson to outstanding properties in Oregon, Tuscany, Chile, France, South Africa, Australia and beyond. Barbara is deeply committed to sustainable practices and charities that support local communities, too, especially those associated with children and education.

Try: Vérité ‘La Muse’ 2018
Vérité is a name making a massive splash in the world of fine wine (I wrote about it in more detail here). Adored for its old-world complexity but new world charm, this family estate in Sonoma works very closely with its terroir to make breathtakingly delicious red wines. La Muse, La Joie and Le Désir form a trilogy of wines, each with echoes of three famous Bordeaux estates. 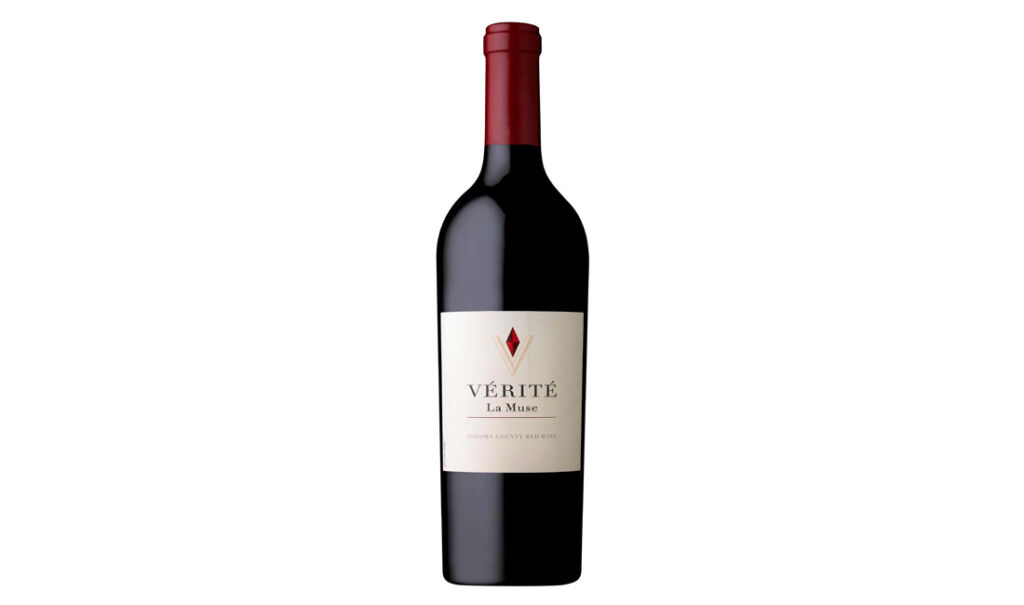 Of the latest 2018 vintage, which was one of the best in the last two decades, the wine that is truly singing right now is the sensuously silky and perfumed ‘La Muse’; a Merlot dominated blend (90%), with a splash of Cabernet Franc (6%) and Malbec (4%). La Muse echoes Pétrus with its soft texture, incredible depth, and flavour concentration. Think cedar, ripe plum, violets and leather with a ferric, mineral core and velvety tannins. One for investment certainly or simply when you want to pop the cork for a spot of decadence. 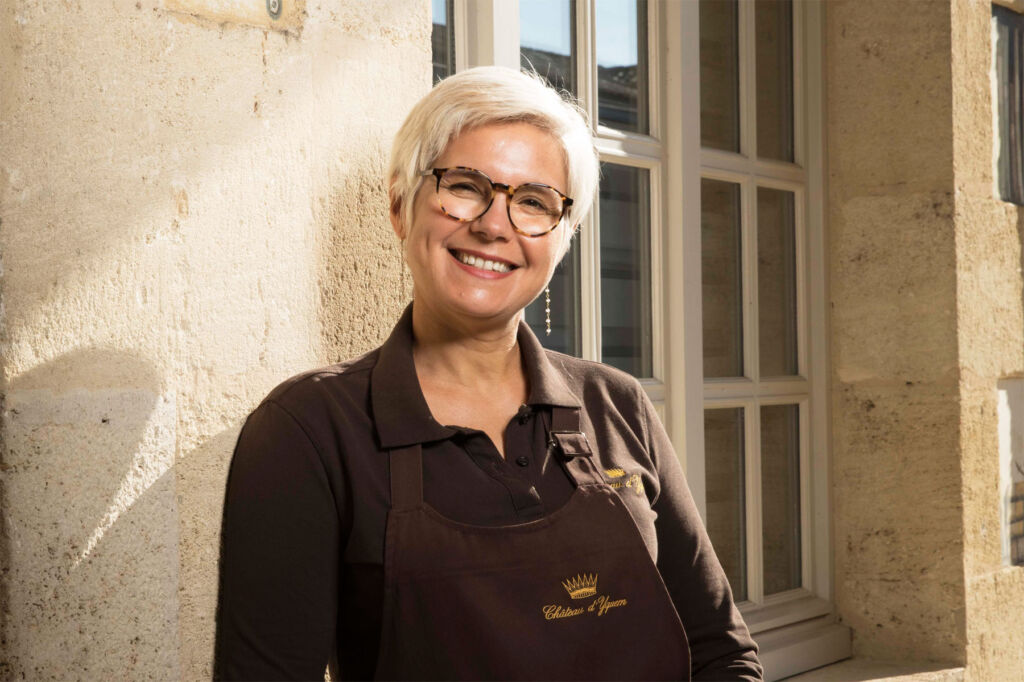 Sandrine Garbay is the cellar master at the famous Sauternes producer Château D’Yquem, the only female in Bordeaux who is in charge of a Premier Grand Cru Classé wine – and a world-famous one at that. She graduated from the Bordeaux Institute of Oenology and has a diploma in biological and medical sciences. Joining the team at Chateau d’Yquem team in 1994 to supervise quality control, by 1998, she had taken over as cellar master.

Hers was not the easiest journey as her quick promotion (plus the fact that she was female) caused resentment among staff, and all the while, the owner himself faced a business takeover. Sandrine had to work especially hard to win the team’s trust but win it, she did. Since then, she has helped take the Château from strength to strength, tweaking the unique, golden style to maintain freshness and verve while staying true to the house character.

The 2019 is the latest release of this world-famous sweet wine. Made with shrivelled, ‘botrytised’ grapes that give the wine its concentration and complexity, the new vintage has a higher proportion of Sauvignon to Semillon than normal, which enhances its crisp freshness at such a young age. The 2019 vintage is due to be released on March 22nd.

Find it at Hedonism Wines, Justerini & Brooks or Millesima. In the meantime, why not try an older vintage like the stunning 1997 or get hold of a bottle of Yquem’s super special, tropical and toasty dry white wine ‘Y’? 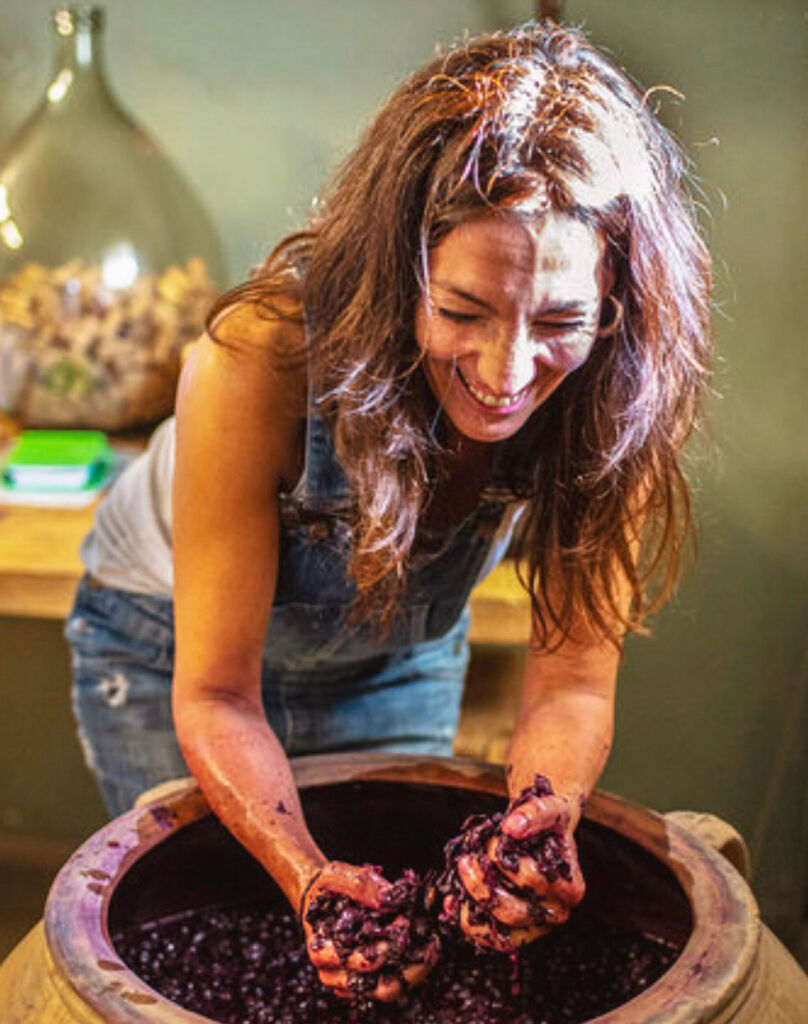 Priorat is a relatively new Spanish DO (a quality-controlled appellation awarded with high status) that was only created in 1989 when five families came together to pioneer the region.

Sara Perez is the second generation of one of these families who has helped her family estate shoot to fame thanks to her mesmerising enthusiasm and ability to talk about complicated things in a simple way.

She has also made a splash with her fierce commitment not just to organic and sustainable winemaking, but her drive to champion’ agroecology’.

This is where permaculture, biodynamic and organic farming collide, encouraging biodiversity and environmental awareness as well as taking into account the human element involved.

Sara is genuinely helping to give a relatively new wine region a compelling, fresh and modern outlook that is making a big difference, influencing other producers for the better. 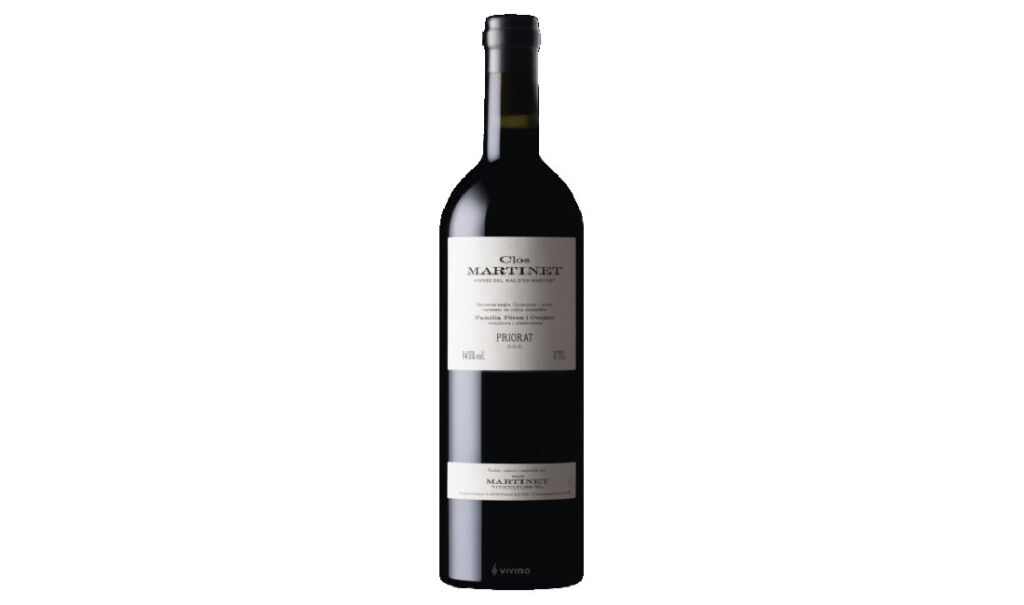 Clos Martinet Priorat is a red wine blend made up largely of Garnacha with some Carignan, Syrah and some small quantities of Cabernet Sauvignon. It’s complex, aromatic and full-flavoured with refreshing, tangy acidity. A great red to cut through heavy meat dishes. 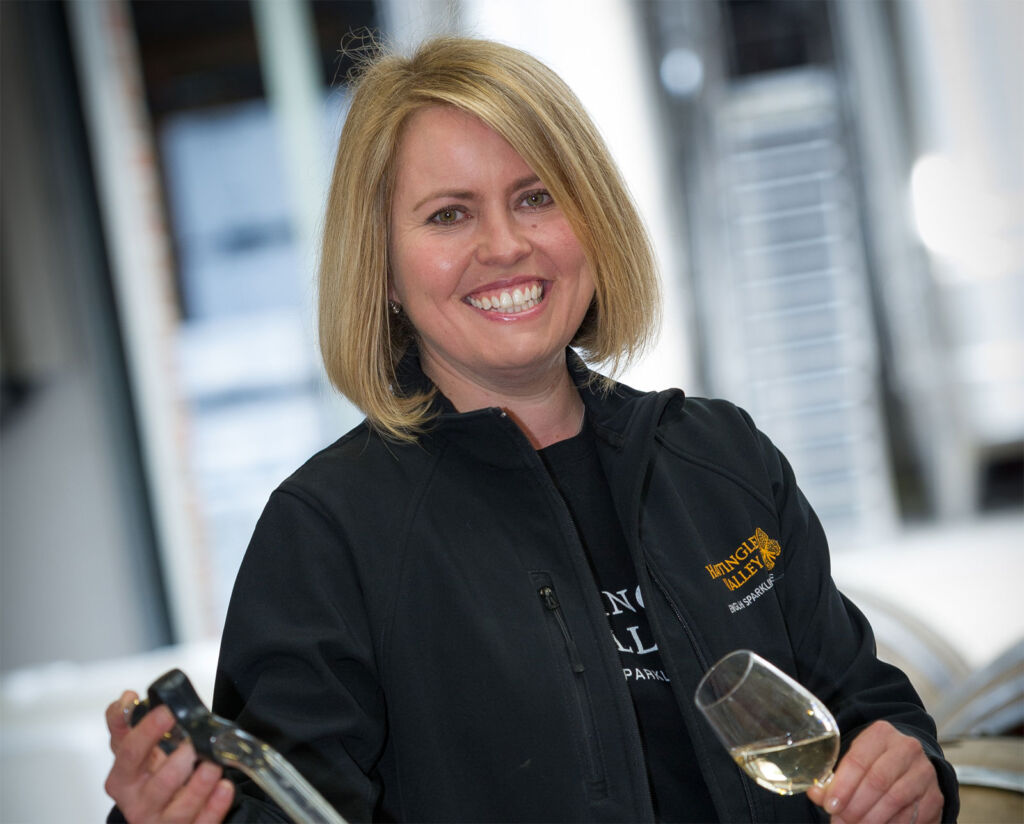 Winemaker Emma Rice has won UK winemaker of the year twice on top of an already impressive career in the wine trade, importing wine and editing wine books. Enrolling to study at Plumpton College at the age of 29 with a wealth of experience already behind her, she then travelled the world, working as an oenologist, lab manager and taking part in cool-climate vintages.

Today, Emma heads up a crack winemaking team at Hattingley Valley in Hampshire, where she oversees the management of the vineyards and develops products and runs the business at the board level. Under her direction, Hattingley Valley has helped to put Hampshire wine well and truly on the UK wine map! 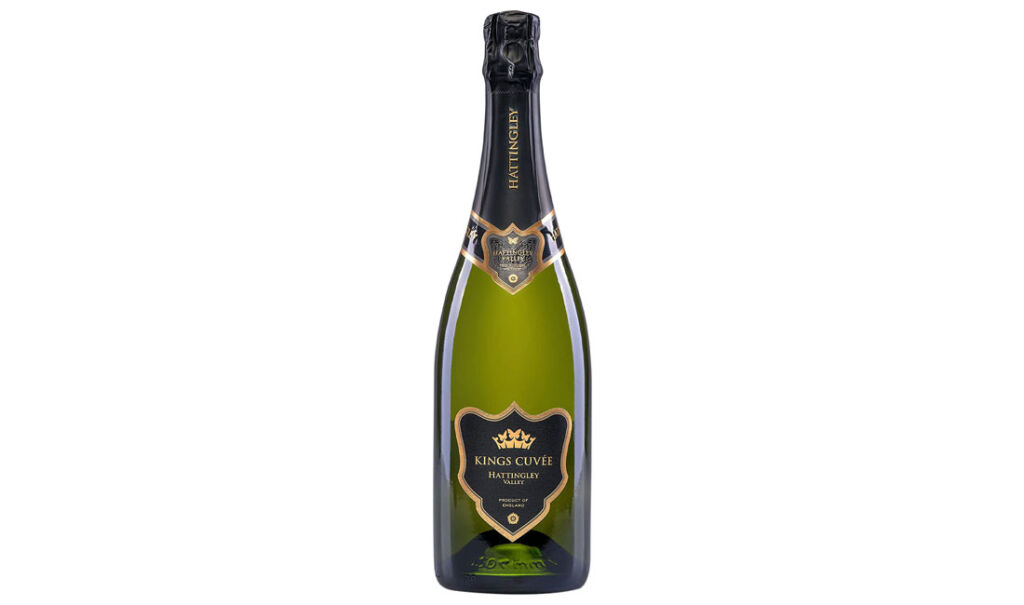 A seriously rich and sumptuous blend of the famous Champagne grapes: Pinot Noir (45%), Chardonnay (43%) and Pinot Meunier (12%). Hailing from Hampshire, this wine is fermented in a barrel and then aged in wood to give it an exceptionally creamy texture and a spicy complexity. First made by accident but now produced in every good vintage, the 2014 has won ‘Supreme Champion’ at the WineGB awards, so it’s now officially the best sparkling wine made in the UK! 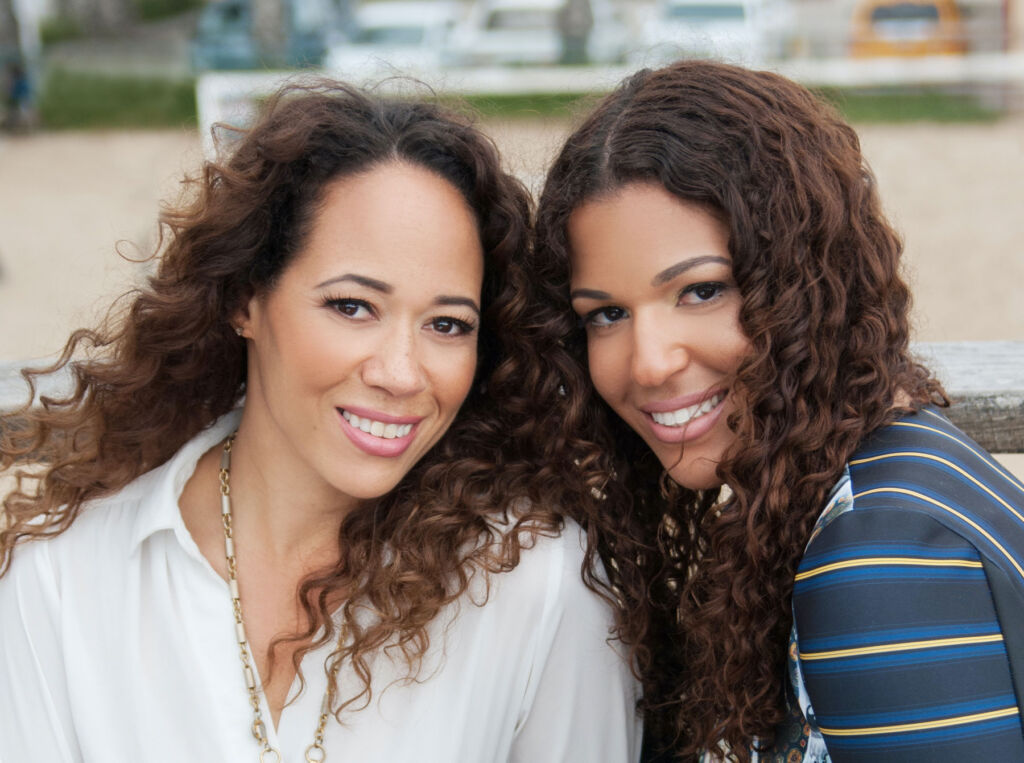 Robin and Andréa’s journey to build the biggest, black-owned wine company in the United States is compelling. Having grown up separately on different sides of the country, their aunt brought them together, and they bonded over a mutual love of wine.

Fast forward to now, and the sisters have created McBride Sisters, a winery nominated for U.S. winery of the year thanks to the fierce determination of these two women and their key values of inclusivity, accessibility, social awareness and sustainability.

They have a clear mission; they say: “to transform the industry, to lead by example, and cultivate community, one delicious glass of wine at a time.”

If this wasn’t enough, the sisters have also created The McBride Sisters SHE CAN Fund; created when they launched their canned wine range with the express intention to offer grants to promote the professional development of women in the wine industry and help close both the gender and race gap. 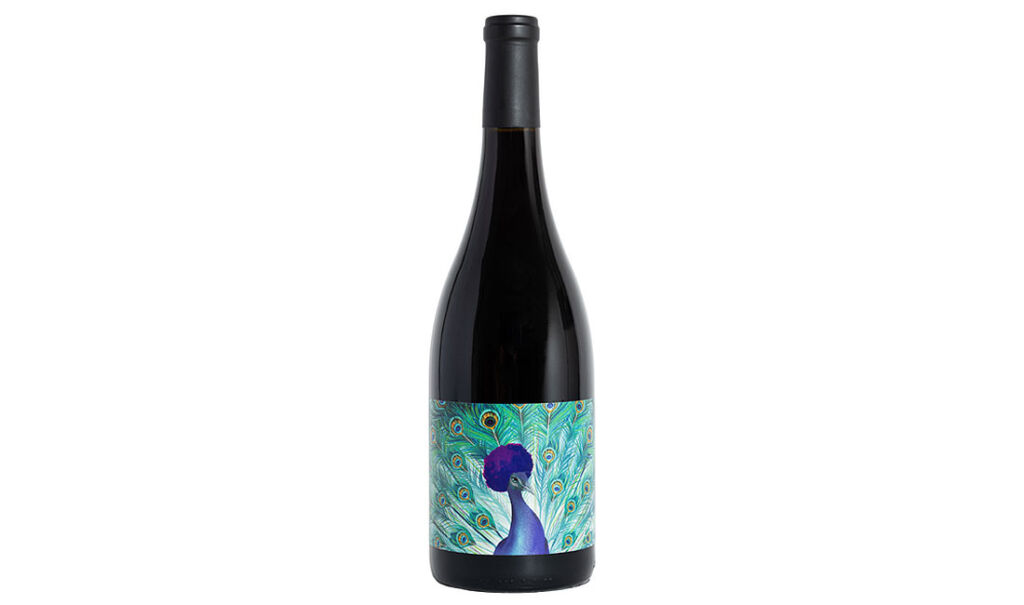 Boasting stunningly bright fruit from the Santa Lucia Highlands, this reserve Pinot manages to at once be plush and silky as well as fresh and elegant with characteristic notes of spiced cherry compote, tangy raspberry, earth and a hint of smoke. 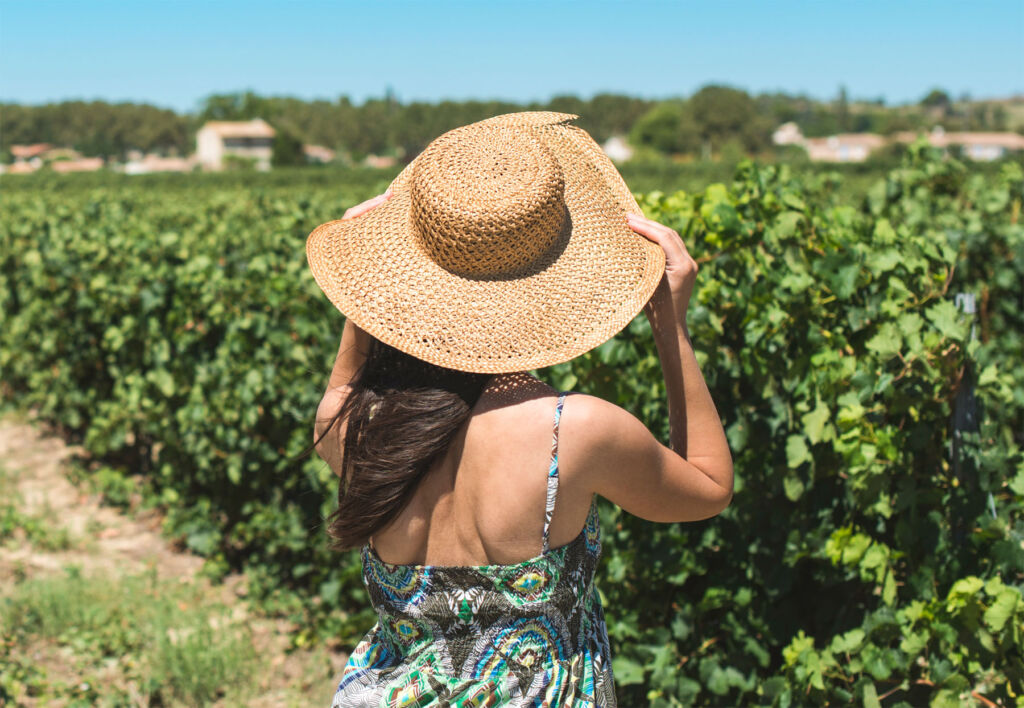