Champagne Piper‐Heidsieck and Régis Camus, the head winemaker of the House, have both received top accolades at this year’s International Wine Challenge, one of the great international wine contests, held at Mayfair’s Grosvenor House Hotel. 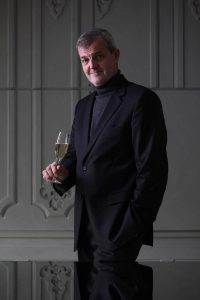 2013 is the seventh year in a row that Régis Camus, Piper-Heidsieck’s winemaker since 1994, and the architect of the House’s wines renewal, has received the prestigious Sparkling Winemaker of the Year Trophy. It is also the eighth time that he has been rewarded with the prize during his highly acclaimed career. This is an outstanding feat and a testimony to his ambition for Piper‐Heidsieck and his capacity to lead the House range of wines to a new level of excellence.

Furthermore, during the glittering ceremony, Piper‐Heidsieck’s Rare Vintage 1998 received the Daniel Thibault Trophy for Champion Sparkling Wine 2013 for the second consecutive year. Régis participated in shaping the 1998 beverage and this top prize once again re-affirms his know‐how and talent, as well as intuition for Piper‐Heidsieck.

As part of the International Wine Challenge, more than 10,000 wines are judged blind by in excess of 400 experts. During the opening round of tastings, the jurors review each beverage to place them in the competition or to exclude them. The second part of the contest sees wines being awarded a  bronze, silver or gold medal (they can be omitted yet again), and if successful, they are then re-tasted by the chairmen of the IWC (namely Tim Atkin MW, Oz Clarke MW, Sam Harrop MW, Peter McCombie MW, Charles Metcalfe, and Derek Smedley MW) to verify the results.

The final round brings all gold trophy winners together to be tasted for the relevant regional or national trophy. All results are again re‐validated by chairmen, who on this basis select champion trophy and champion winemakers.