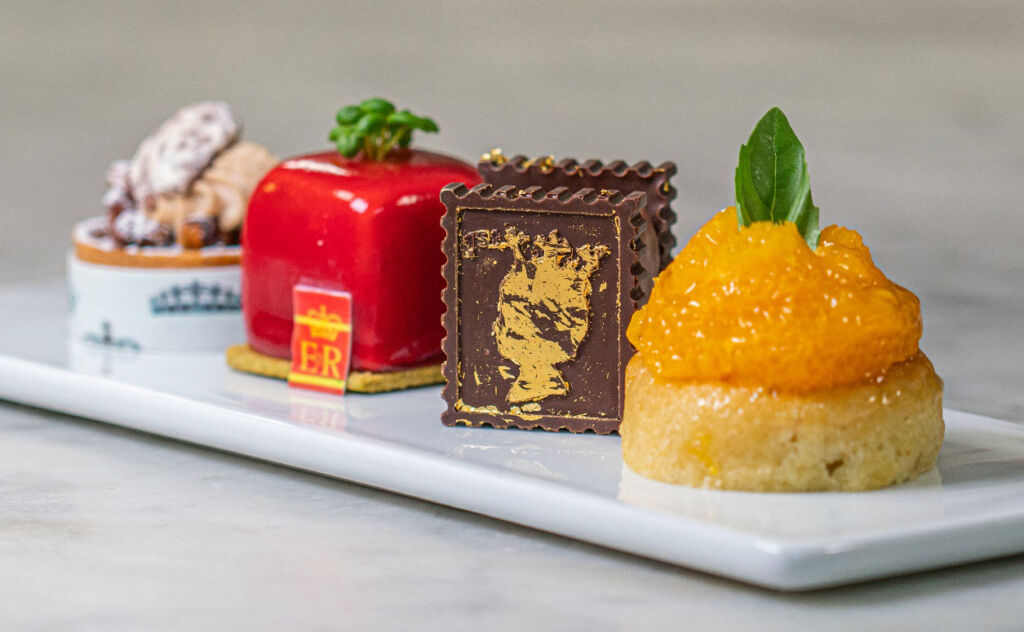 Award-winning Chef Sally Abé has unveiled her ‘RoyalTea’ at Conrad London St. James. RoyalTea is Sally’s first-ever afternoon tea menu and will be served in the stunning surrounds of the hotel’s afternoon tea lounge, The Orchard.

For the RoyalTea, Sally drew inspiration from the 19th-century building housing the hotel that was once Queen Anne’s Chamber. Other aspects that inspired her were the building’s iconic location in the heart of Westminster and its proximity to Buckingham Palace, all of which come together with the rich history of a traditional British high tea and its historic royal connections.

The result of this is a truly authentic British afternoon tea experience with treats fit for royalty and just in time to celebrate Her Majesty The Queen’s Platinum Jubilee.

The RoyalTea menu honours Queen Elizabeth II with an array of sweet treats that use ingredients that have their own Royal Warrants – Lyle’s, Rowntree’s, and Wilkin & Sons, purveyors of Tiptree jams.

The dainty, elegant cakes include a traditional ‘English Strawberry Victoria sponge’, ‘Treacle and pecan tartlet’, and ‘Glazed Seville Marmalade cake’. If you’ll pardon the pun, the icing on the cake has to be ‘Liz’s choccy biccy sandwich’; Sally’s take on the Queen’s favourite chocolate biscuit incorporates pieces of biscuit and mousse coated in chocolate.

The savoury section of the menu is just as quintessentially British with nods to the regal history of afternoon tea, believed to have originated with Anna, the 7th Duchess of Bedford, and later being adopted by Queen Victoria. Guests can expect a selection of traditional sandwiches with a touch of Conrad London St. James luxury, such as ‘Coronation chicken with baby gem lettuce’, ‘Truffled Egg Mayonnaise with watercress’, and ‘Cucumber and white pepper with mint’.

In characteristically British style, no afternoon tea would be complete without a selection of outstanding teas, which is why there will be a choice of 21 teas on offer from Lalani & Co, who specialise in finding great small-batch teas. 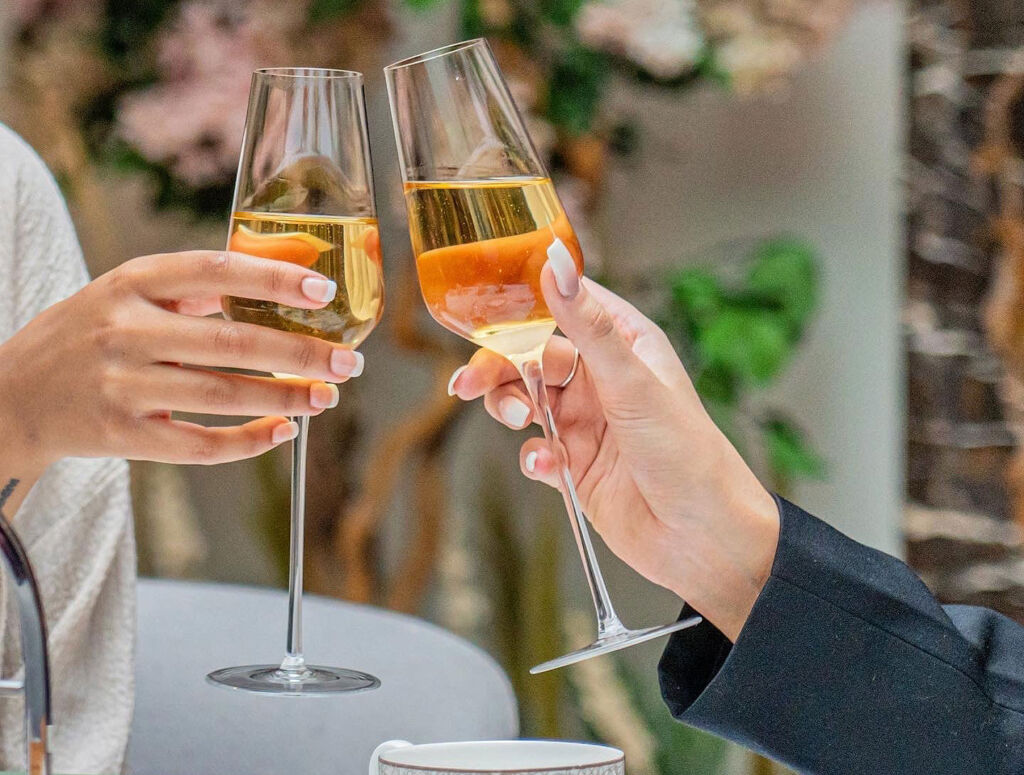 For those seeking to make their afternoon tea even more of an occasion, add a glass of bubbles from Champagne Bollinger, which has enjoyed a close association with Britain since 1858 and prides itself on having held a Royal Warrant continuously since first awarded by Queen Victoria herself in 1884.

RoyalTea – Where and how?

RoyalTea will be launching on Saturday the 30th of April, and tea on that date will be accompanied by a live classic jazz guitarist. Available to book now, the afternoon tea will be served from 12.30 – 5:00 pm, Wednesday – Sunday, and is priced from £45pp. For more information, visit www.opentable.co.uk.