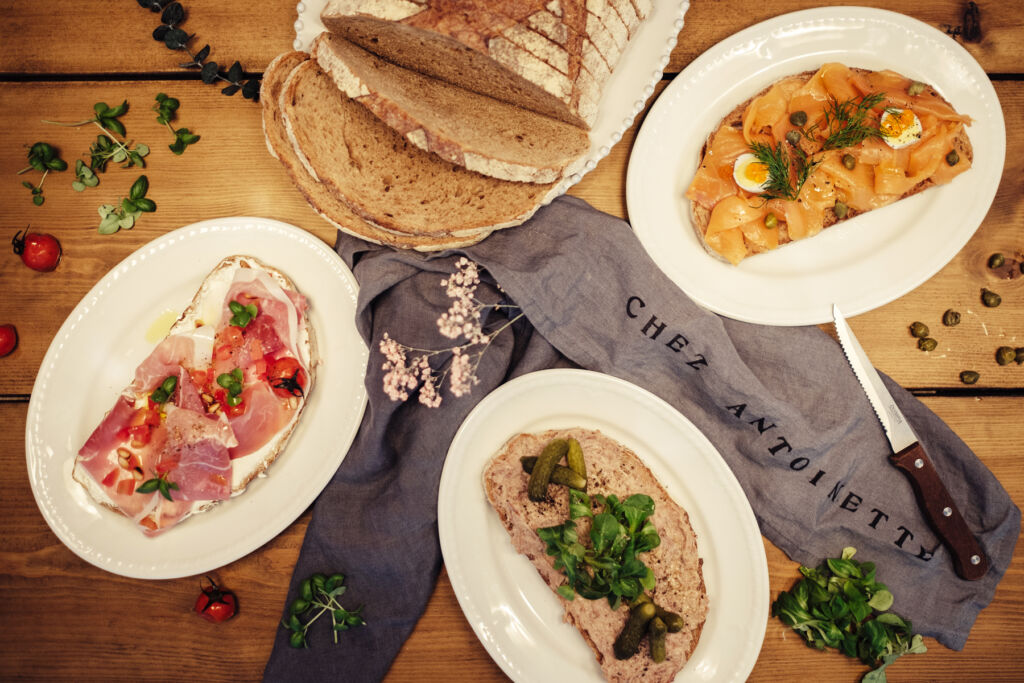 French dining has a way of offering a touch of grandeur and glamour to a meal. Classic dishes cooked well and eaten in a chic atmosphere is a great way to spend an evening. Sabi Phagura headed to Chez Antoinette Victoria London to sample the menu on her hunt for a taste of Paris.

Tucked away behind Victoria Street and only minutes away from St James’s Park and Victoria station, Chez Antoinette Victoria is almost like a hidden gem. The French restaurant draws inspiration from the beloved Parisian cafés, combined with a blend of Lyon’s famous guinguettes, reinterpreting classic dishes from tarts to tartines treating fresh seasonal ingredients with a modern sensibility. 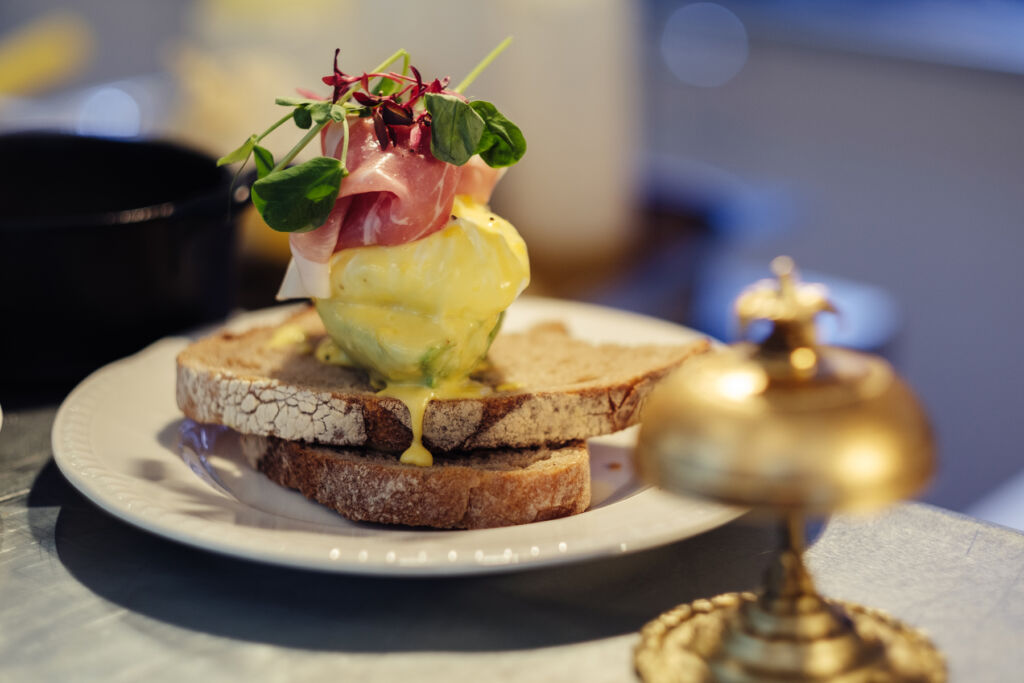 The restaurant is lovingly named after co-owner Aurelia’s grandmother Antoinette. Aurelia said her grandmother taught her everything she knew about food and dinner parties. She recalls grand-mère Antoinette preparing delicious tartines in her kitchen just for her when she was a young girl.

After living in London for five years, Aurelia became homesick, and those memories came fluttering back. And it was in 2014, that she decided to open up the first of two restaurants in Covent Garden and five years later in Victoria. The menus showcase her love for authentic French cuisine, where every dish is prepared with the same passion and joy that grand-mère Antoninette imbibed into the family dinners.

Arriving on a Friday at 7 pm, Chez Antoinette was abuzz with people – some of whom looked like they had headed in straight after work. I learned from the waiter that the happy hour offerings were a big draw for the eatery, attracting colleagues and clients to flock there for after-work drinks followed by dinner. 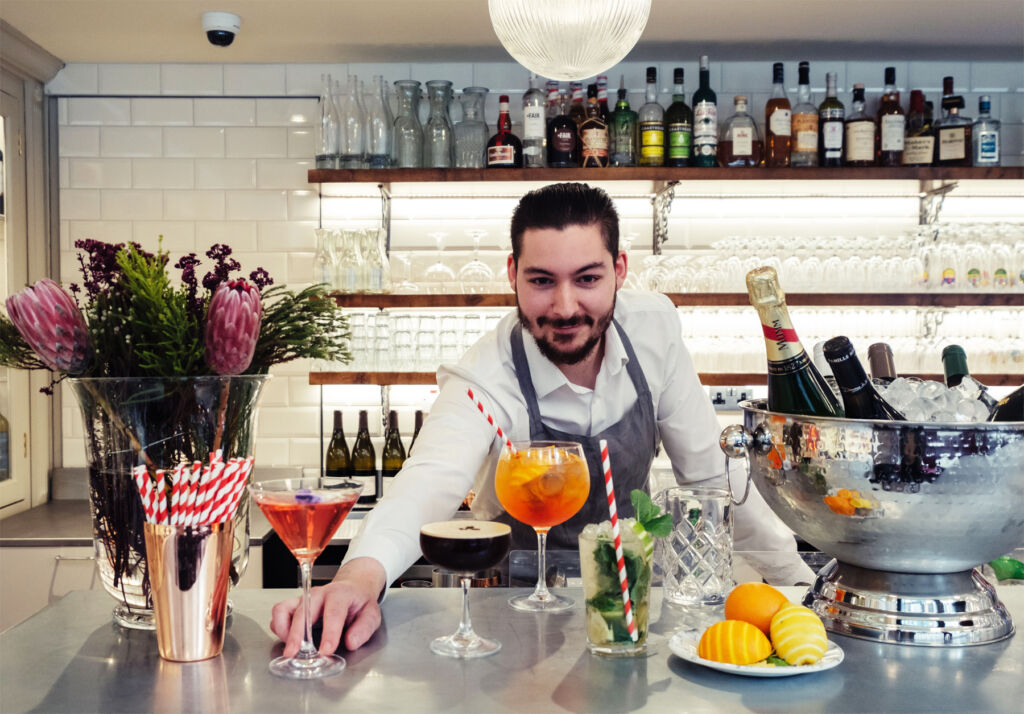 The intimate space is spread over two floors – the ground floor has an open kitchen overlooking the banquette booths, while the mezzanine is kitted out with a bistro-style table and chairs and French oil paintings adorning the walls.

Taking my place on the mezzanine level, I studied the dinner menu. Thankfully not a vast choice because it can make ordering food that bit complicated. There are around five to six dishes per course, and I was surprised to see some tasty vegetarian options too. 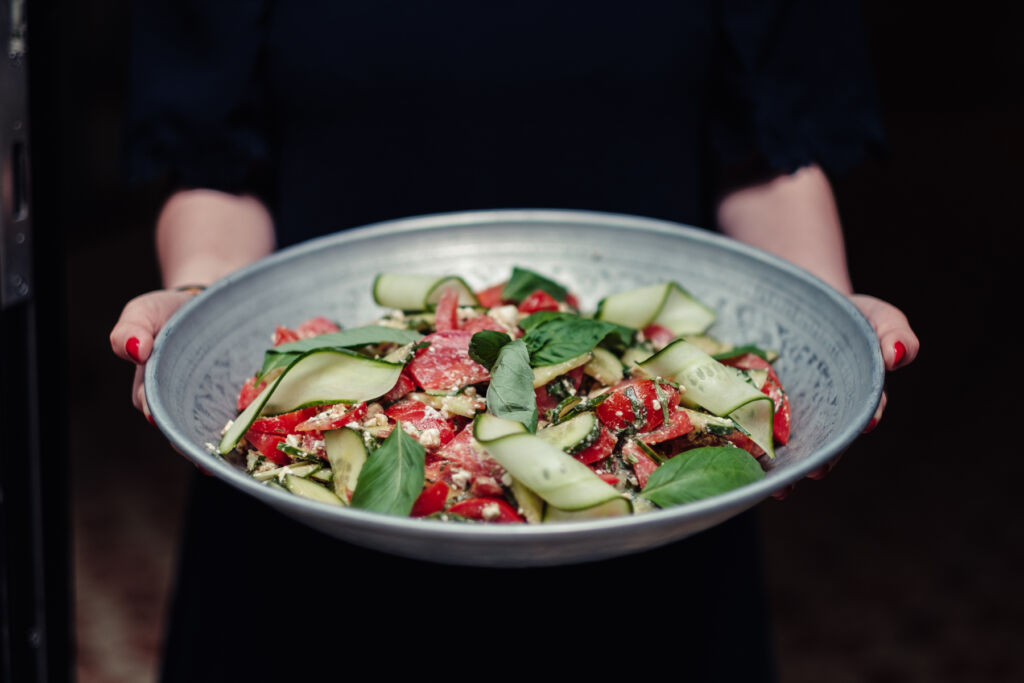 The French are not known for their vegetarian options, so it was good to know that effort has been made to cater for non-meat eaters.

From a price point of view, dishes are modestly priced. Starters are around the eight-pound mark while the mains range between £15 to £23. Not bad at all, considering the location and the setting of this glamorous place.

I started the evening with a prawn salad that was a decent enough portion. It was light and tasty but didn’t spoil my eagerness to tuck into the main. While I liked the sound of Lentils stew with vegetable spinach, vegan yoghurt and slow-roasted celeriac, I needed my protein fix, so I settled for the Roasted cod with sea & earth velouté, mussels, butter beans, mushrooms and chard. And it was definitely a good choice.

The cod was flaky and cooked well with the right amount of herbs through it, while the vegetables were nice and buttery like they should be, in my opinion. Sadly, as often is the case with me, I didn’t have room for dessert, but the patisserie counter downstairs housed some of the most delicious looking desserts. But there is always the next time, I told myself. 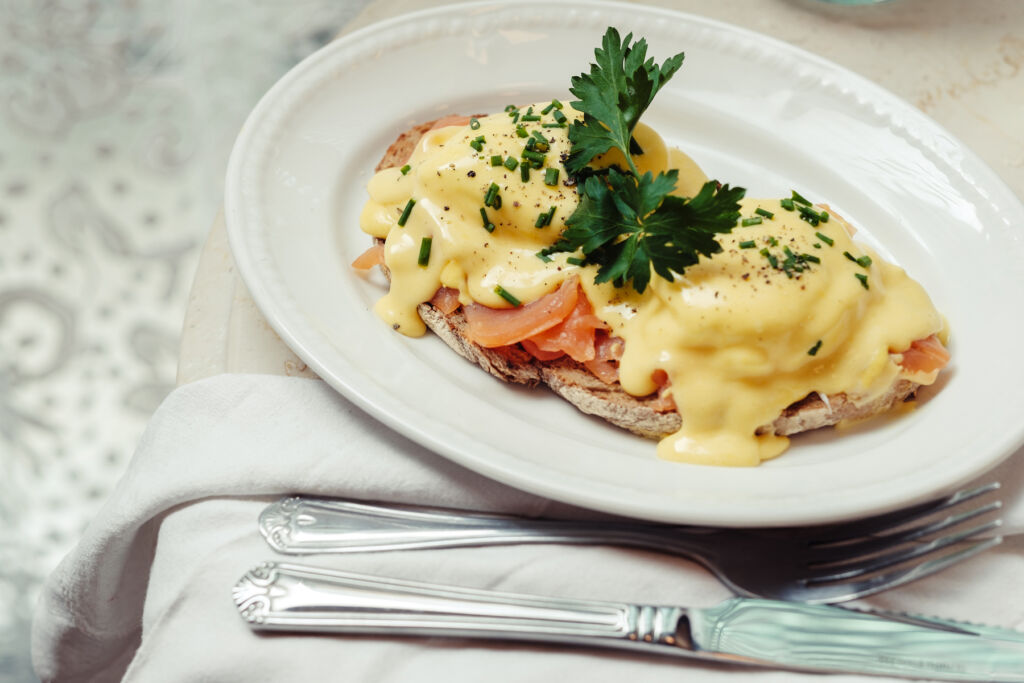 This gem of a place is ideal for those looking for a chic dining spot in this part of the city during the week. Though there is no a la carte menu at the weekends, brunch is served both on Saturday and Sunday.

What I particularly liked about Chez Antoinette is that the food is uncomplicated. It’s decadent, simple, classic, and served expertly by friendly waiters who treat you like a friend rather than a customer. And I guess that’s exactly how grand-mère Antoinette served her dishes.

Chez Antoinette – Where and How?

Chez Antoinette is at 22 Palmer St, Westminster, London SW1H 0PH. For more information or to make a booking, visit www.chezantoinette.co.uk.