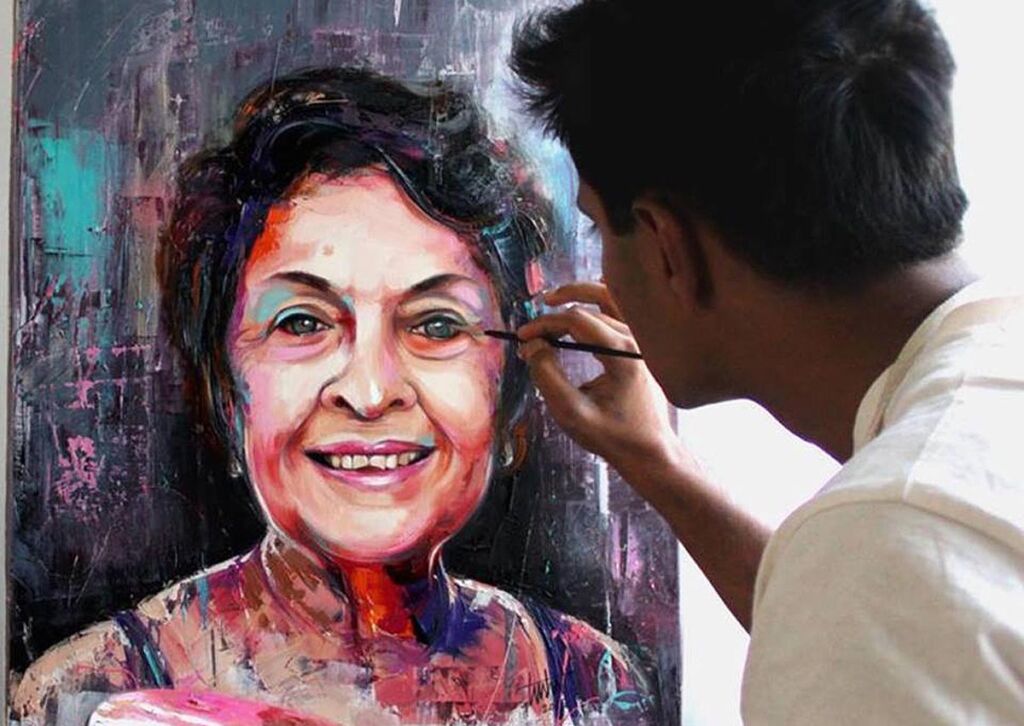 In June, the Nehru Centre, the cultural wing of The High Commission of India will be presenting ‘Chiaroscuro’ the second solo exhibition of Indian born British artist, Tushar Sabale.

Tushar Sabale paints in the medium of oil and focuses mainly on Portraits and Still-life paintings. He positions his work between realism and impressionism with the touches of luminism. In this exciting new body of work, the artist has departed from his usual contemporary flamboyant style and looked into the elements of classical art as an inspiration. He demonstrates a series of allegorical paintings based on the theme of light and shadows.

In the past two years, Tushar Sabale has travelled extensively to Italy and many art galleries in New York and North Carolina to study the works of various artists from the classical period, and has been particularly intrigued by their works highlighting chiaroscuro.

Chiaroscuro has been used by the artists and art historians for centuries and first originated during the Renaissance period. The term was coined by the masters like Leonardo Da Vinci, Caravaggio, Raphael, Rubens, Rembrandt, and Vermeer, who widely explored it in their paintings followed by Fragonard, Goya, El Greco, John Singer Sargent, Giovanni Boldini and many other artists worldwide.

In this exhibition, Tushar presents a series of oil paintings in two particular categories, Portraits in Hall one and Still-life paintings in Hall two. Tushar has reiterated elements seen in classical portraitures like the fabric, textures in the materials, jewellery, marble sculptures and the interiors, appropriating historic art into contemporary context.

The series of portraits displayed in this exhibition are mostly the paintings he has been commissioned to paint. In each of his paintings, he has consciously attempted to capture the essence of his subjects with the help of a strong backdrop that complements the sitter in their portraits. It can be noted how the artist has carefully chosen the cosy warm corner of the stately Provender House of Her Highness Princess Olga Romanoff as a backdrop to her portrait, while an ornate dressing area in her Castle Goring for The Hon. Lady Colin Campbell, where the sitting for her portrait took place.

While re-interpreting the classical aesthetics in his Still-life paintings, Tushar has chosen subjects to paint from his everyday life that he likes collecting. The vegetables and flowers seen in his paintings have all made an ambitious journey from his own garden to his canvases.

Tushar likes to express his art in different forms and believes in rediscovering himself. In his last solo exhibition at the gallery, he displayed his collection of portraits and animals that were solely painted using palette knives and thick impasto oil colours.

Tushar Sabale was born in 1979 in India where he studied art, architecture and design before moving to the United Kingdom. At the age of twelve, he won a National award for his paintings in India and thereafter has won many international awards. His collections form a part of private collectors and corporate galleries. He is one of the few contemporary artists who has had a privilege to paint portraits for the Royals and the honourable members of the society. He now lives and works in London with his family.