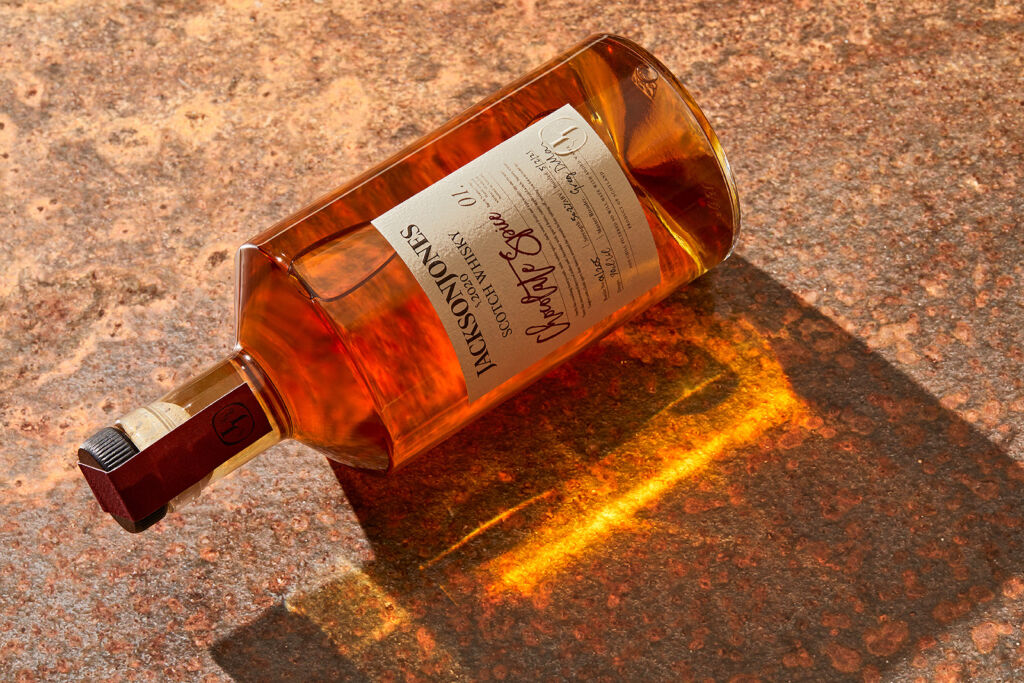 With Father’s Day just a couple of months away, it’s time to start thinking about what to get dad to mark this special occasion. A limited-edition bottle of Batch One: Chocolate Spice luxury blended whisky from Jackson Jones could be just the ticket…

Jackson Jones Whisky, founded by Drinks Industry Executive and keen Whisky fan Racheal Vaughan Jones, has teamed up with award-winning bottler Greg Dillon of GreatDrams to create her blends, operates a concept similar to an exclusive club. This means that customers sign up to a waiting list for each limited edition and unique batch that comes available on the Jackson Jones website, JacksonJonesWhisky.com.

Jackson Jones’s ethos is to focus entirely on flavour, and each batch will have a unique and unusual ageing and blending process, an innovative and refreshing approach that Jackson Jones wants to be known for. 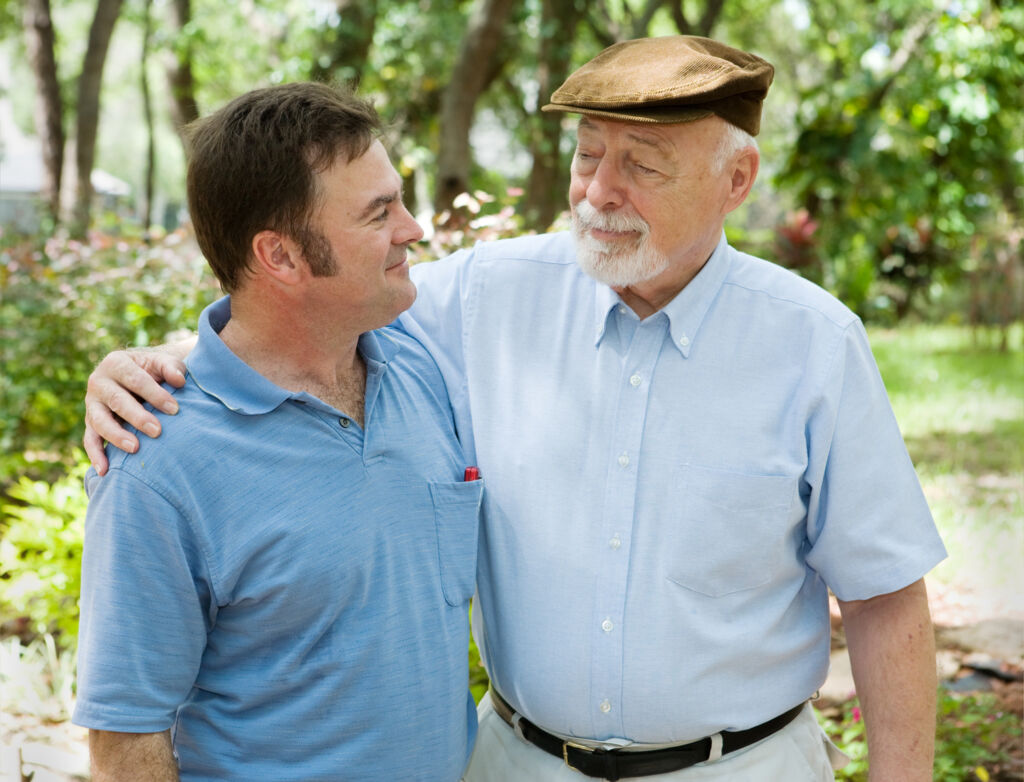 Perfect for a Father’s Day gift, Chocolate Spice is the first batch to be released by Jackson Jones Whisky, and only 205 bottles, priced at £95 each, are on sale during April.

This particular expression utilises a blend of three whiskies, the heart of which is a very old grain that was first aged in a former bourbon cask before being finished in an ex-Oloroso Sherry cask for 21 months. 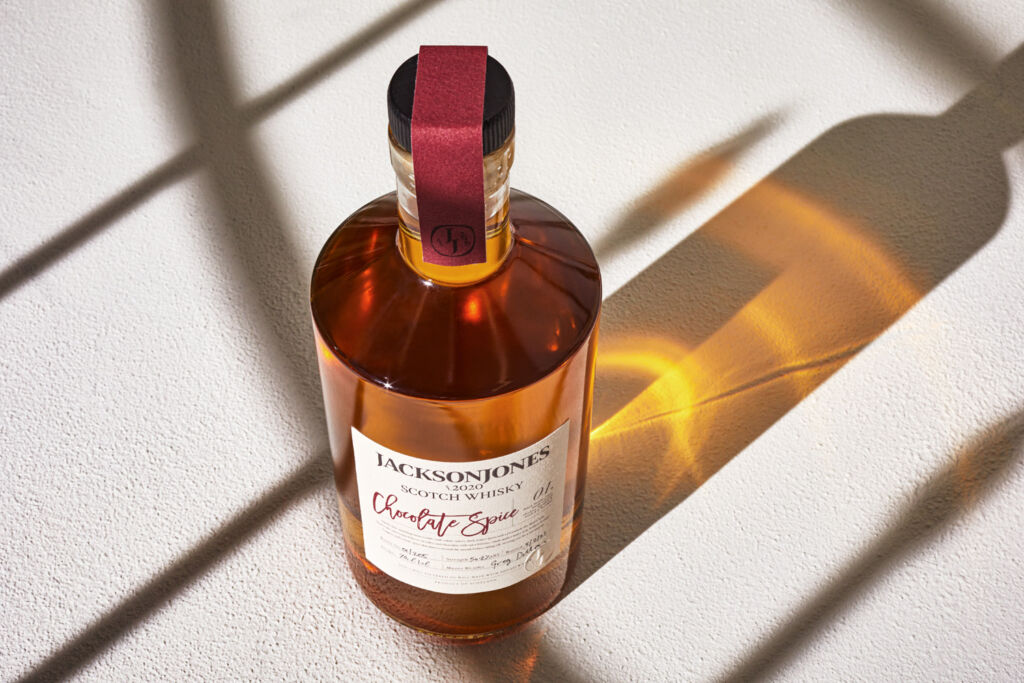 It is said to be one of the only old grain whiskies to be finished in a Sherry cask and brings notes of Rich Chocolate, cracking honeycomb, toffee and Spiced Fruit, as well as a pleasantly dry sherry finish to the blend.

Racheal Vaughn Jones explained that she launched Jackson Jones in March, and after working with some very famous whisky brands, she decided to follow her passion, tear up the invisible whisky rule book and create her own blends led entirely by flavour.

She went on to say that she fell in love with the flavours of the very old sherry-finished grain that’s at the heart of their first blend and spent a really long time finding the perfect partners to marry with this unusual and beautiful liquid.

Racheal added that the resulting blended Chocolate Spice whisky is a smooth, flavoursome, luxurious, once-in-a-lifetime blend that is a truly unique experience that will never be repeated. 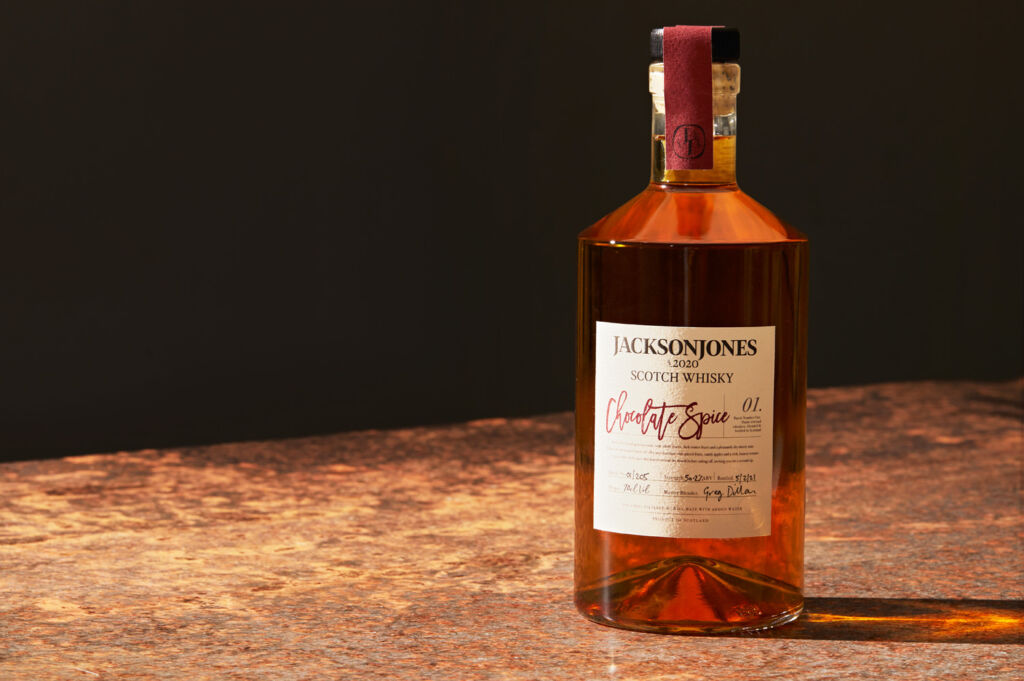 Jackson Jones Batch One: Chocolate Spice Whisky – Where and How?

To put your name on the Ledger for the Jackson Jones Batch One: Chocolate Spice whisky, priced at £95, or for more information, visit www.jacksonjoneswhisky.com.