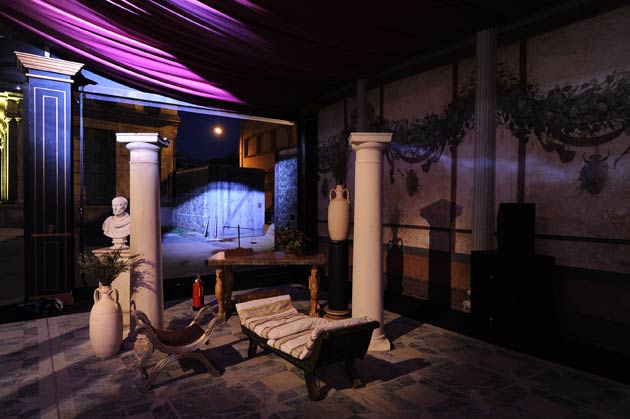 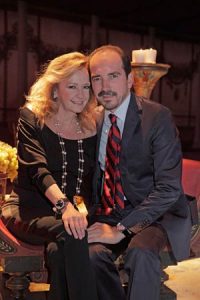 Cinecittà, “the dream factory” as this movie studio complex built south of Rome in 1937 is often referred to, has played a key role in the rise of Italian and world cinema. Over 3,000 films have been shot here of which some 50 have won an Oscar. With its longstanding involvement in the world of the 7th art, and notably through its partnership linking it to the Cannes Film Festival since 1998, Chopard decided to support the renovation of parts of this legendary location.

Yesterday evening, on the eve before the 9th edition of the International Rome Film Festival, Caroline Scheufele, Co-President of Chopard, Roberto Cicutto, President of the Istituto Luce Cinecittà, and Luigi Abete, Honorary President of Cinecittà Studios, unveiled the new façade of the famous Italian studios. The renovations and the inauguration of the façade built in 1937 represent the first stage of a three-year partnership between Chopard, Cinecittà Studios and the Instituto Luce Cinecittà, who, together with other activities planned, aim to renovate the premises as well as rolls of cult films that were shot here. The restoration work initially required removing all the existing paint on the building which were altered and faded over years. The original frescoes were then recreated by artisans specialised in traditional restoration techniques, using the same pigments and ingredients as those used in the original painting when the façade was created, thanks to a patient research work from the staff of Cinecittà in collaboration with the historic monument department at Roma Capitale. 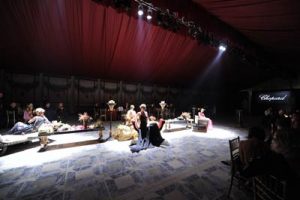 After the ceremony, more than 200 guests gathered at a cocktail behind the façade. This was followed by a very exclusive dinner in the stage representing Ancient Rome in an atmosphere reminiscent of the mythical movies Cleopatra and Ben Hur. 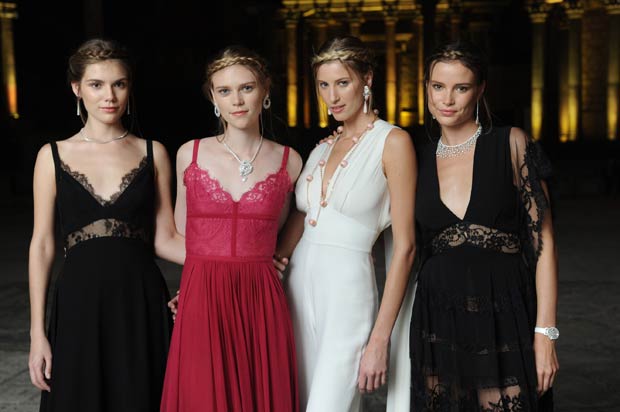 On this occasion, stars chose to shine in Chopard :
Italian actress and Godmother of the event Luisa Ranieri chose to wear an 18ct white gold watch from the Ladies Collection set with brilliants (8cts) and a diamond briolette on a satin strap, 18ct white gold earrings from the Temptations Collection set with pear-shaped rubellites (20cts), heart-shaped emeralds (3cts), pear-shaped diamonds (2cts) and brilliants as well as an 18ct rose gold ring set with round-cut diamonds (6cts) from the High Jewellery Collection. 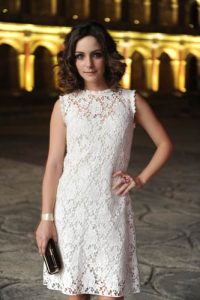 Together with Chopard, Vanity Fair – the weekly magazine from Conde Nast that pays constant attention to the world of cinema – reaffirms its support of the Cinecittà project, following a photo exhibition entitled Backstage at Cinecittà held in conjunction with the Venice Biennial last September.

Chopard and the 7th Art 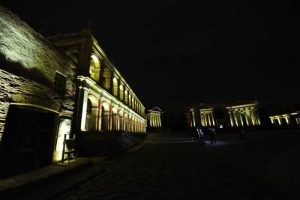 For nearly 20 years, Chopard has nurtured close ties with the world of cinema and its most illustrious representatives. In 1998, driven by Caroline Scheufele, the Geneva-based company became partner to the most famous of all film festivals – the Cannes Film Festival. Since that time, it has produced the famous Palme d’Or in its Geneva workshops and adorned the greatest actresses when they ascend the steps.

Chopard is also present at every important event in the movie world such as the Oscars in Los Angeles, the BAFTA awards in London and the Venice Biennial, by sponsoring evenings connected to the 7th Art and by adorning the actresses and actors. For the past 10 years Chopard has brought luck to contenders for the Oscars, because not a single edition has taken place without an actress, actor or producer winning the famous statue wearing Chopard creations.