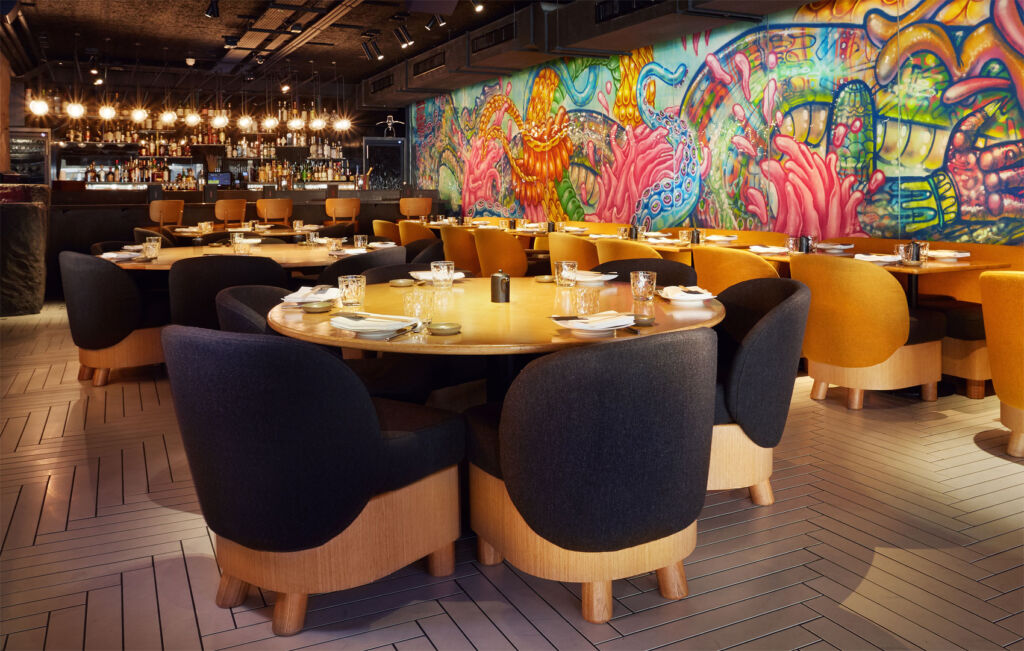 Our appetite for Japanese cuisine has grown over the last two decades, thanks to chain restaurants like Yo! Sushi and Itsu. Since then, we’ve seen an explosion of Japanese culture and cuisine hitting many cities. And amid them revolutionising Japanese cuisine is Chotto Matte.

Soho’s Chotto Matte has been making quite some noise on the food scene, and I wanted to see what the fuss was all about. Therefore, I went along to check it out one midweek evening.

My eldest nephew Anek turned 18 this year, but due to lockdown, there wasn’t any major party for him to mark the special occasion. So I thought it would be apt to take him to be my plus one at this light-hearted and fun Soho champion of Nikkei cuisine (a fusion of Japanese and Peruvian food).

The Venue
Chotto Matte is a large two-floor venue: a neon-splashed nightclub of a restaurant where colour-pop murals sit seemingly side-by-side with low lighting and comfy cushioned seats of a yellow tone. This is a chic abode, with oodles of laid-back elegance and just a cool place to hang out in. 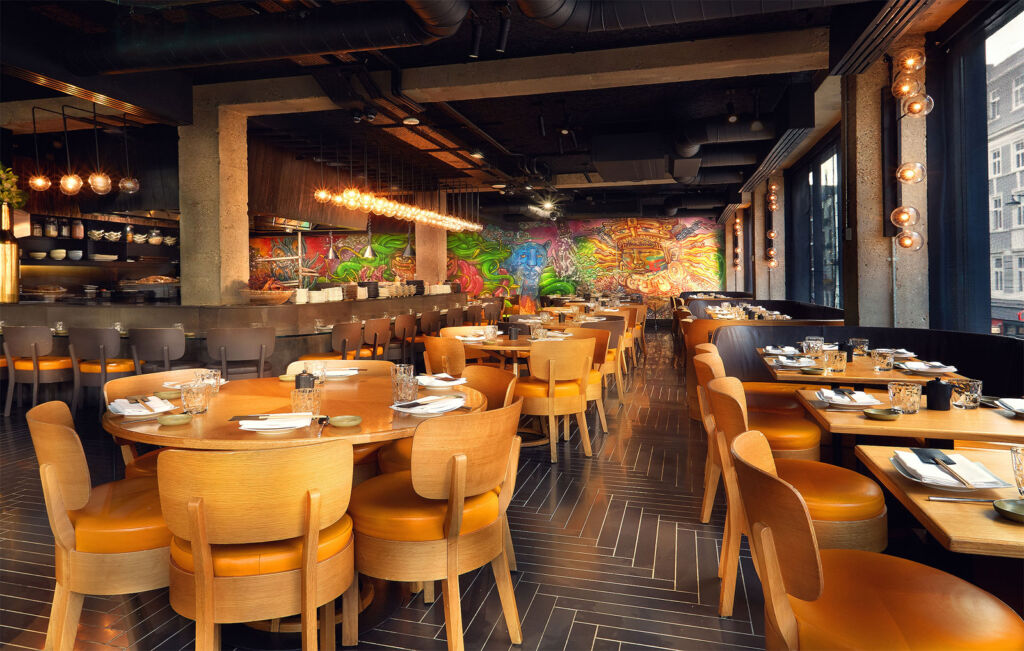 The ground floor (main pic) is inviting for those who want a quick bite with a drink or two, while the upstairs restaurant (above) is aimed at diners who want to linger over food in this hip place surrounded by cool pop art and a theatrical of an open kitchen in the centre.

Chotto Matte Soho is without a doubt, a great choice for those going on a date, group of friends and even families getting together for a special meal. It’s not too refined, and a real crowd-pleaser of a restaurant. 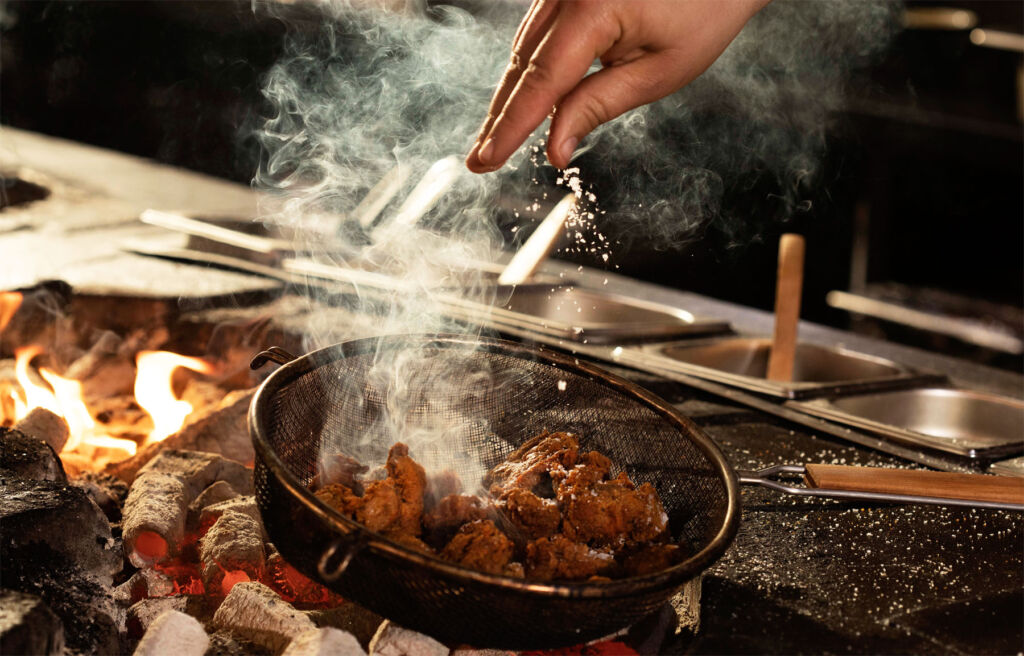 The Food
The Chotto Matte menu, created by the Nikkei Boys, Jordan Sclare and Michael Paul, is nothing short of impressive. There’s a healthy list of dishes under various headings (sashimi, robata grill, tempura, sushi) complete with all the ingredients, so you know exactly what you are getting. Still, we enlisted the advice of our helpful waiter George who chose dishes based on the foods we like.

First up was the sea bass ceviche (Sea bass sashimi, Leche de Tigre, chive oil, sweet potato, Peruvian corn, coriander) and the Yellowtail “Nikkei Sashimi” (cherry tomatoes, jalapeño, coriander, yuzu truffle soy). The latter we were told is so popular that while other dishes are taken off the menu in favour of others, this one has remained a firm fixture for eight years. It wasn’t too hard to see why. 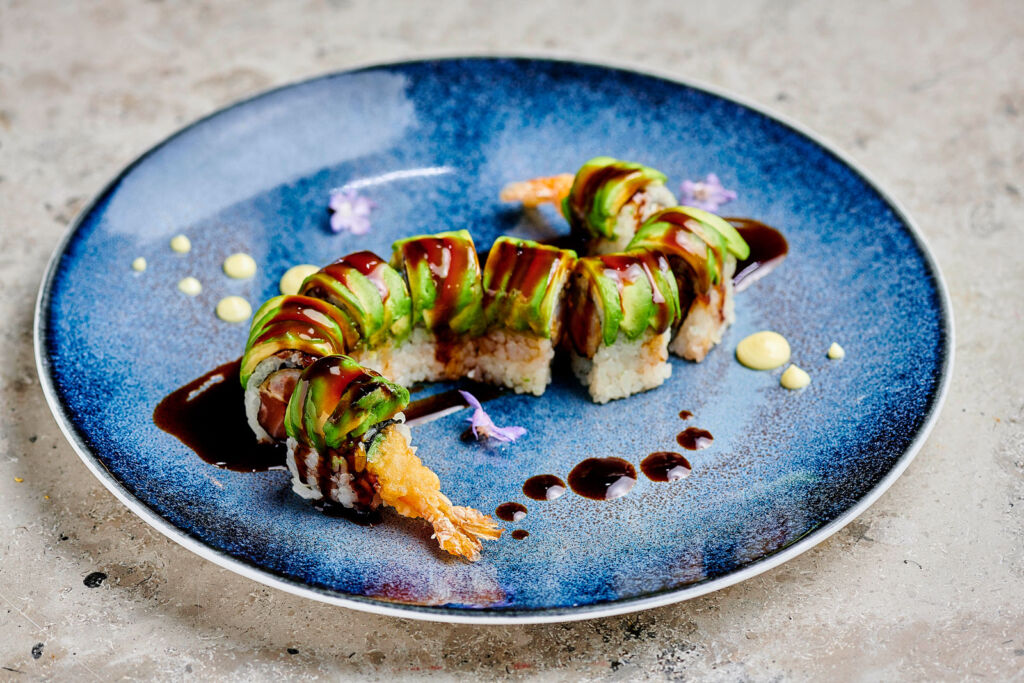 At Chotto Matte, Nikkei cuisine is at the heart of the experience and is about the marriage of Japanese and Peruvian cuisines. Blending effortlessly, quality, ingredients and flavours come together through the use of only natural, locally sourced real food – exactly how good food should be done. And the proof was on the tastebuds as we sampled dish after dish, which came individually as it was being cooked. 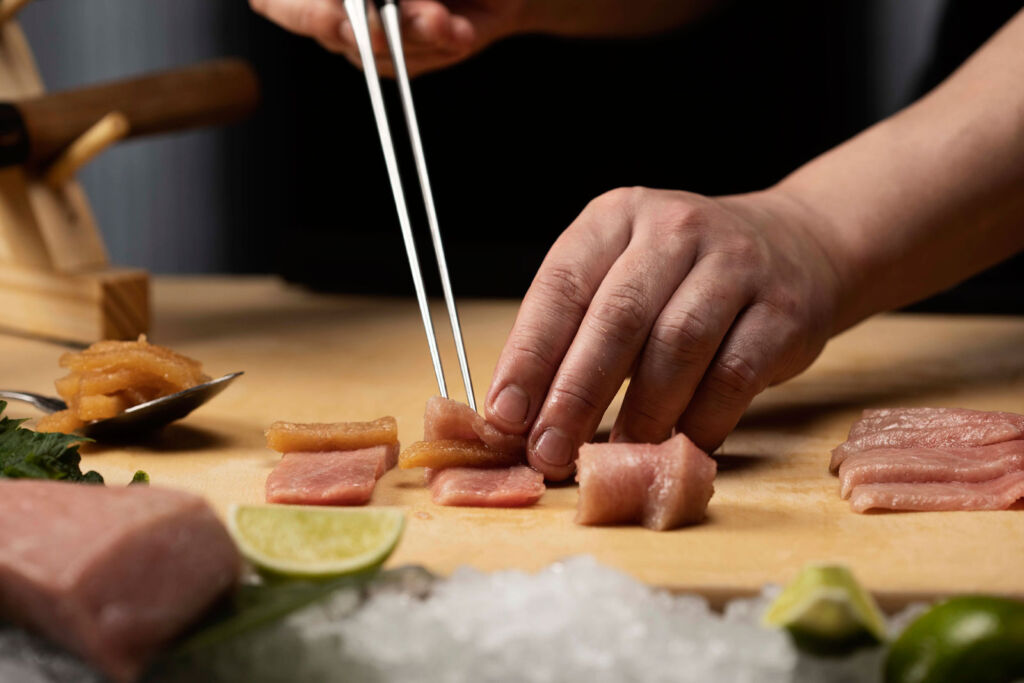 The sashimi, meanwhile, was flavoursome (spicy tuna sashimi caramelised nashi pear, crispy filo Aji truffle, wasabi soy, shiso cress) and the sushi (Sato Maki sea bass, salmon tartar, romano pepper, lime soy cut roll) was pleasing to both the palate and the eye. You didn’t really need the soy sauce or wasabi to enhance the taste. On top of that, the signature Sato maki rolls (named after the head chef) flambéed at the table with a blowtorch impressed Anek.

I hadn’t intended to dive into a sweet treat, but one look at the Magic Chocolate Bomb, which melted beneath the hot caramel sauce to reveal ice cream, and I was sold. This pudding is made for sharing, but I could’ve easily have eaten it all by myself. 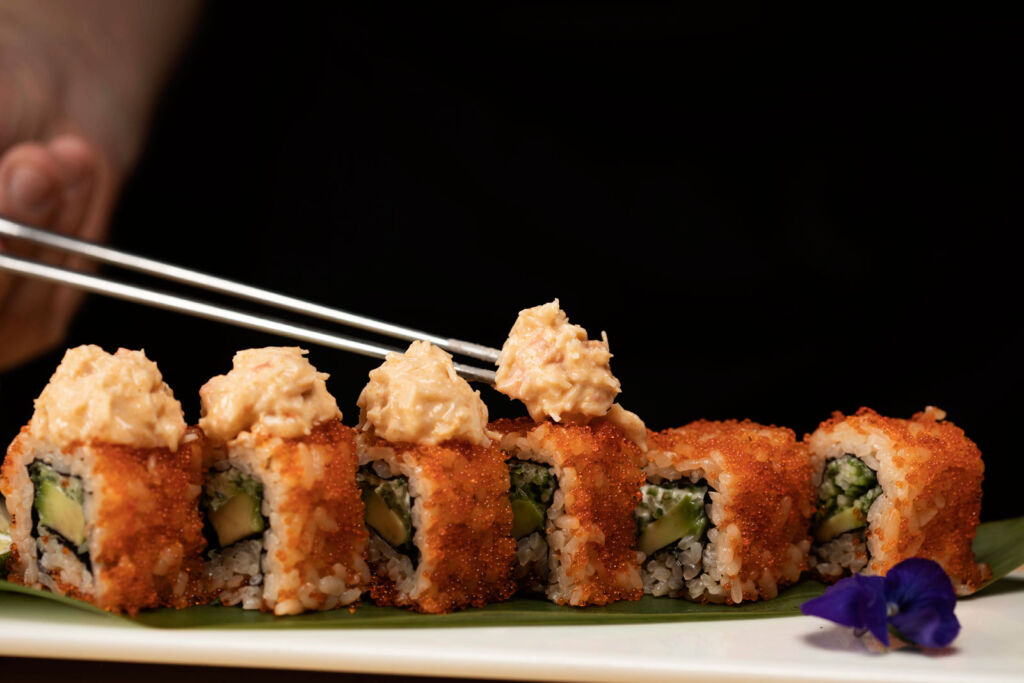 Heading to this fabulous jaunt is an expensive prospect with high prices for small portions. But that doesn’t mean you can’t eat here if you’re on a budget. There is a more affordable set menu to choose from as well as a vegetarian one. Be sure to explore the creative cocktail list too. You’ll find an array of concoctions, including the popular Pisco Sour with ingredients such as lychee, chia seeds, saké, orange blossom, lapsang, yuzu, making their way into drinks.

Chotto Matte is the whole package. It has boundless energy, a great vibe, tremendously well-presented and executed food and has that ‘it’ factor of being in a cool place. The only thing I need to worry about is that the bar for Nikkei food has been set high for Anek, so it will be a tough one to beat. But on the plus side, I’ve managed to bag some brownie points for being the best aunt. I can certainly live that.

Chotto Matte – Where and How?