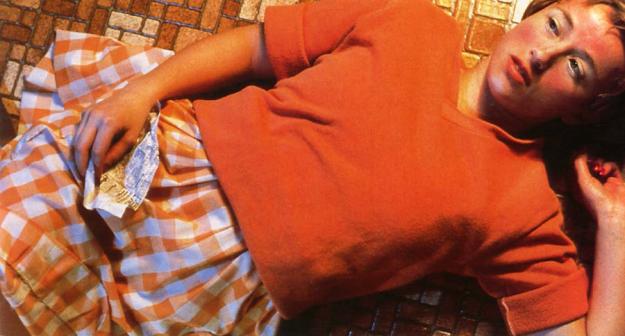 Coinciding with the retrospective at New York’s Museum of Modern Art, Christie’s is proud to offer an acclaimed masterpiece by Cindy Sherman consigned by the Akron Art Museum, Ohio. All proceeds from the sale will be directed to the museum’s acquisition fund to allow for future strategic purchases that will augment the core of the Akron Art Museum’s strong Contemporary collection.

Cindy Sherman’s Untitled #96 is recognized as an icon within her career to date. Another example of this image was sold at Christie’s in May 2011 for $3,890,500, which represents not only a world auction record for Sherman, but also a world record price for any photograph at the time.* The work from the Akron Art Museum is a vintage print in excellent condition and will have a pre-sale estimate of $2,800,000 – $3,800,000.

Dr. Mitchell Kahan, Akron Art Museum director and CEO, states:  “The Akron Art Museum is extremely happy to partner with Christie’s on this sale. The result will be a new acquisitions endowment that generates significant growth for our collection. I am especially looking forward to continuing a commitment to Cindy Sherman by acquiring works made after the famous Centerfolds images.”

Dr. Kahan notes that the museum will retain in its collection another 1981 masterpiece by Cindy Sherman from the Centerfolds series, Untitled #93 (Black Sheets). Akron Art Museum has a long-standing commitment to Sherman’s work, having organized her first major exhibition in 1984, which travelled to the Walker Art Center and the Whitney Museum of American Art.

Brett Gorvy, Chairman and International Head of Post-War & Contemporary Art, states:  “Christie’s is very proud to have been selected by the Akron Art Museum to sell this masterpiece. The museum acquired this work in 1981, the year of its creation, showcasing the forward thinking approach of the institution. Our track record with important works by Cindy Sherman is unparalleled. We are confident that Christie’s leadership in the contemporary market will allow us to achieve a record price for Akron’s work, allowing the museum to continue to collect at the highest level.”

“Untitled #96 represents the apotheosis of what Rosalind Krauss termed Sherman’s ability to distill a ‘copy without an original’ and thus signify pictorial archetypes that define our culture,” adds Andrew Massad, International Contemporary Specialist.

Untitled #96 is an outstanding example from her highly acclaimed Centerfolds series, which Sherman made as a project for Artforum magazine in 1981. Untitled #96 is recognized as the most important work from the series.

It showcases all the themes and ideas of Sherman’s best work, yet is also the most paradoxical of the series. The artist composed the image clearly, but left the narrative behind it deliberately ambiguous. Sherman adopted the persona of a teenage girl in this large, almost life-size photograph. Lying supine on the floor, she clutches a page torn from the newspaper classifieds—perhaps a personal ad. The work’s scale and the boldness of Sherman’s tight compositional framing exude surprise and confrontation, yet the figure at the work’s centre is also endearing and curiously vulnerable. Sherman places these conflicts at the very heart of her work, questioning not only the medium of photography, but also our wider assumptions about gender and truth in the modern world.

Although Sherman designed the Centerfolds images to resemble quick snapshots of a young woman’s life, she heavily choreographed, acted and staged them herself. As both the subject and executor of these images, she takes the utmost care to develop the various guises for each photograph she produces. She will dress the set, create the costumes, design the lighting and finally execute the photograph entirely by herself without the use of assistants. By controlling every aspect of the image’s production, she dispels the long held belief that photography is the medium of “truth.”

Untitled #96 is among the best examples of Cindy Sherman’s entire oeuvre. Several of the world’s major museum and private art collections include examples from this small edition. This image has become the icon of the major retrospective currently at the Museum of Modern Art and is reproduced in all the media related to this show.