It may seem strange to celebrate 18th-century watchmaking heritage with a timepiece that is distinctly contemporary in nature. But Chopard has accomplished a tricky mission with Ferdinand Berthoud’s legacy; that is, to celebrate a master watchmaker who was truly ahead of his time.

This wasn’t a project Chopard took lightly, to ensure they truly captured Berthoud’s genius the brand created a sub-brand of sorts in the form of the Chronométrie Ferdinand Berthoud. 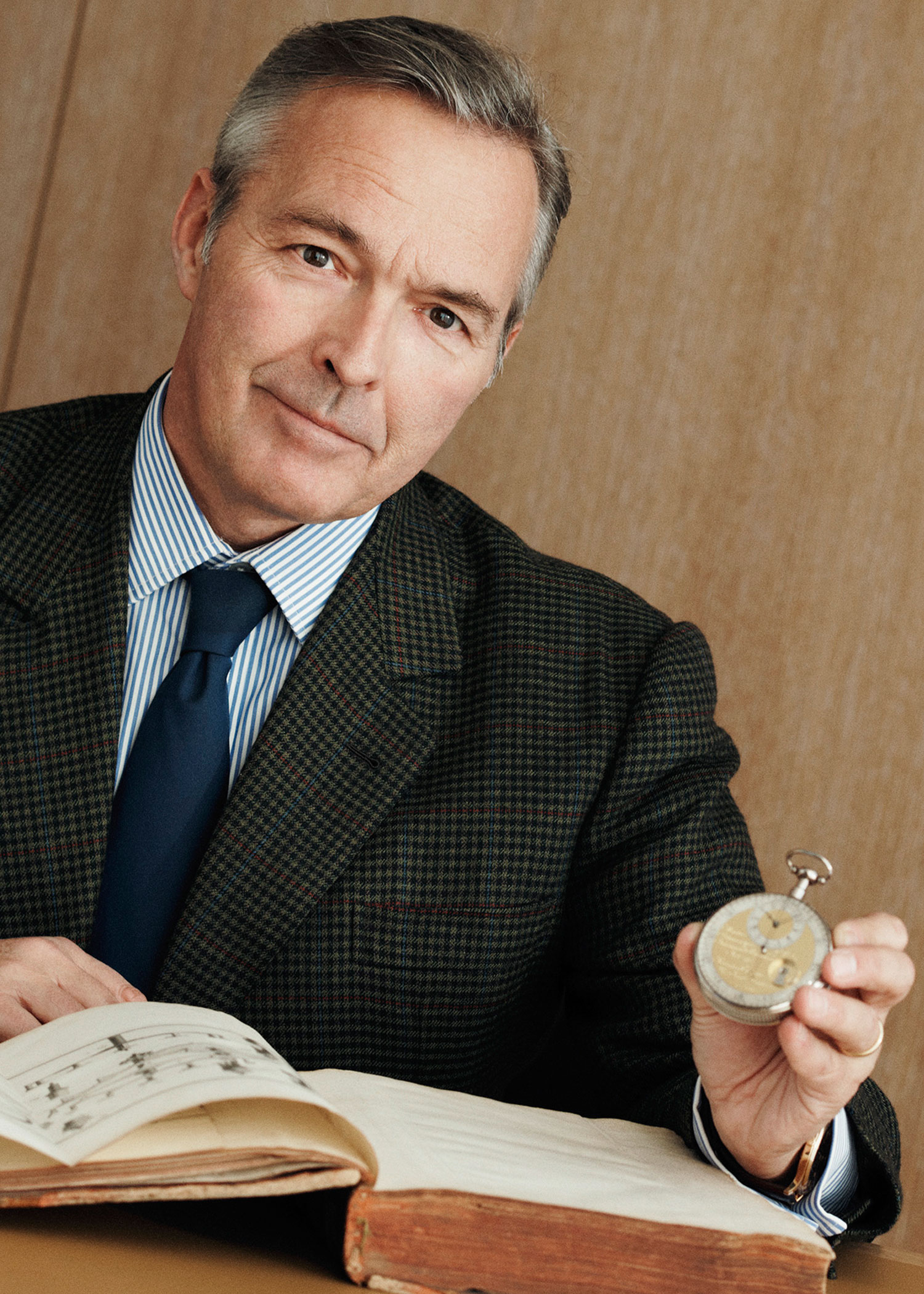 Emulating the genius of a true pioneer and visionary of horology is no mean feat. Many brands have tried, in vain, to tackle similar projects. What seems to differentiate Chronométrie Ferdinand Berthoud’s approach to the task, however, is their meticulous attention to detail.

Without proper due diligence any attempt to even imitate Berthoud’s greatness would fall flat. Especially when you appreciate that Berthoud was a man who predicated his career on precision above all else.

Commonly seen as one of the fathers of the marine chronometer, Berthoud created timepieces capable of calculating longitude to the nearest half-degree. An invention which made the scientific explorations of the 18th century possible and one that, undoubtedly, contributed to him attaining the title of Clockmaker and Mechanic by appointment of King Louis XV of France. The finer details of Berthoud’s illustrious story is keenly apparent in every aspect of Chronométrie Ferdinand Berthoud’s first creation: The FB1.

Crafted in their Fleurier workshop, just five minutes from Berthoud’s birthplace, what Chronométrie Ferdinand Berthoud have produced is certainly not short of the genius that their namesake consistently displayed. The fact is, Berthoud would marvel at the timepiece that has been produced to celebrate his legacy; not least for the fact that such functionality can now be contained within a wristwatch.

Chronométrie Ferdinand Berthoud could have easily produced a garishly luxury piece whose surplus opulence masked the reasons why the subject is deserving of such celebration. But they chose a much tougher path and attempted to create something Berthoud would have called his own. This highlights the true accomplishment of the FB1- Berthoud’s work was as diverse as it was ingenious- emulating it whilst celebrating it seems an almost impossible equation.

Yet with the FB1, Scheufele and his team have succeeded in creating a watch imbued with the ideals Berthoud’s 18th-century marine chronometers championed. As such, the FB1 features an “uncluttered design” and the “extreme precision” akin to an original Berthoud, whilst also providing a distinctly elegant aesthetic for the modern market.

In terms of precision, the FB1 excels thanks to its original mechanical hand-wound movement, which is composed of more than 1,120 components and boasts an impressive 56-hour power reserve. This accuracy transcends into the design too, as the dial includes an array of features Berthoud himself would have been proud of. Such as the display of the aforementioned power reserve as well as the hours, minutes and seconds on a stunning lacquered dial. The dial’s most impressive element, however, must be the aperture via which the intricacy of the FB1’s inner workings can be admired.

It is quite apt that such eclectic components are featured within the watch, the combination found within the FB1 is rare in modern watchmaking; given the desire for ever thinner timepieces and the expense of such additions. But their inclusion and the ability to see such incredible mechanisms, is a direct testament to the craft of horology itself and, of course, Berthoud’s part in it.

Where the FB1 may differ to Berthoud’s ideals is in the material used. While Berthoud might have elected for durability Chronométrie Ferdinand Berthoud’s have elected for luxury. Far from an oversight, this is surely more of an allusion to the FB1’s likely clientele. Who, I assume, will differ slightly from the seafaring admiralty Berthoud produced his Chronometer No. 6 for. To this end, the FB1 is available in an 18-carat white or rose gold case. The imposing 44mm case, its octagonal shape and bold crown, bring us back to Berthoud’s sensibilities and suggest a masculinity that 18th-century admiralty might have approved of.  Nonetheless, just as the admiralty did with the No. 6, you may need the support of royalty to purchase the FB1 as it retails at 220,000 Euros. A grand price point, yet one that many will feel is justified by the splendour of the FB1. That’s a view that is further supported by the fact that only 50 FB1’s have been created; just 30 more than Berthoud bestowed upon the French admiralty.

The accomplishment of Chronométrie Ferdinand Berthoud’s first timepiece should not be understated, the FB1 is a timeless watch which succeeds in paying homage to the past whilst appealing to the discerning sensibilities of the present. Thankfully we can marvel at it, just as we would a Berthoud.

Ferdinand Berthoud with his Légion d'Honneur