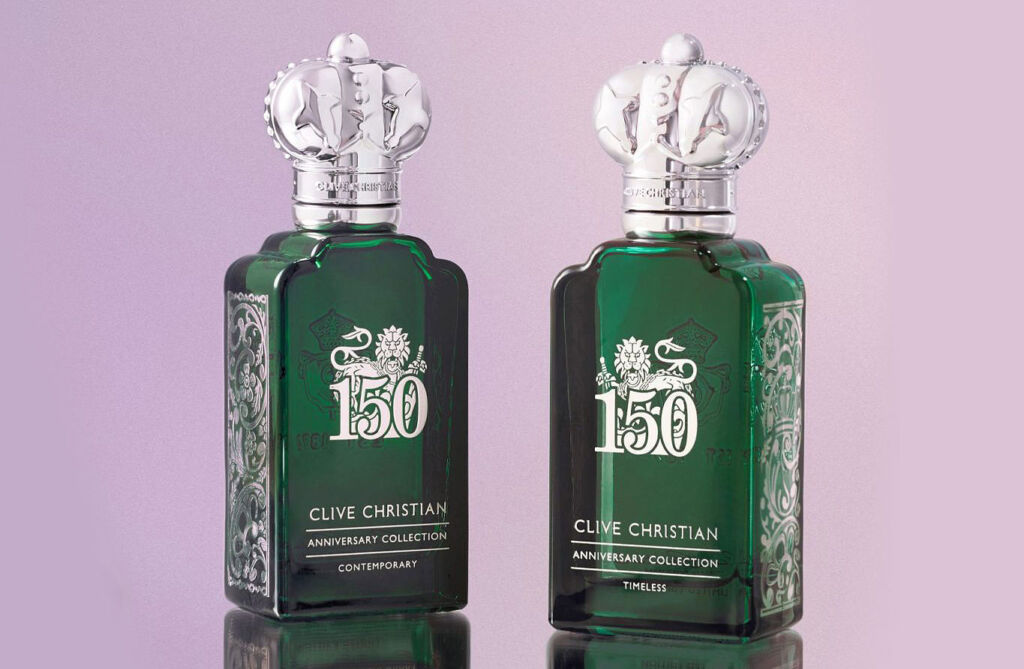 Twenty-twenty-two marks 150 years since the founding of The Crown Perfumery Co. In celebration of this incredible milestone, Clive Christian has launched two new limited edition perfumes named Timeless and Contemporary. In this feature, we look into the story behind The Crown Perfumery Co. and the two new celebratory perfumes in the Anniversary Collection. 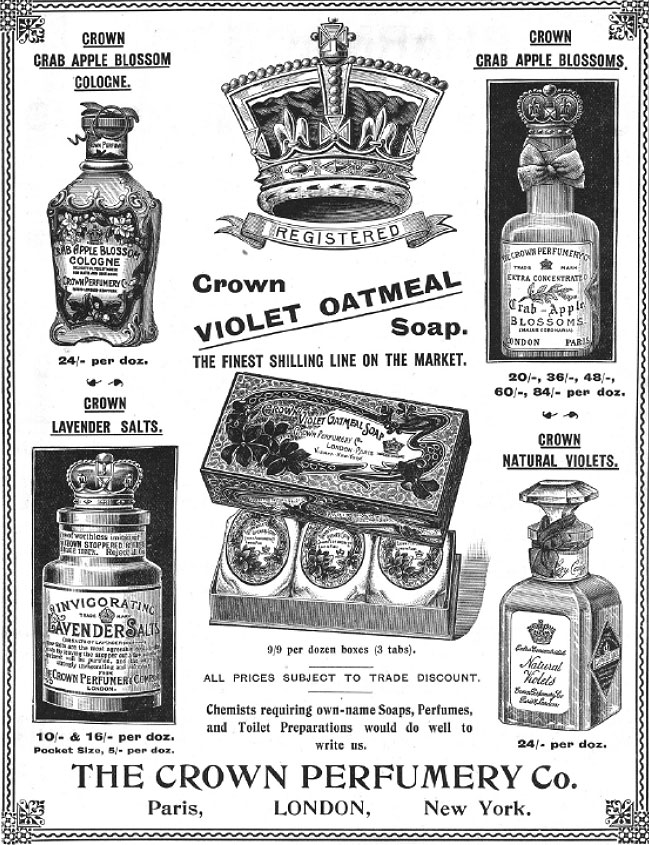 By 1840, William Thompson had left New York to open a corset business in London. The business thrived; however, in a time without health and safety regulations, female clients often fainted due to the corsets’ restrictive nature. His son, also named William, just so happened to be a chemist and came up with the idea to manufacture a lavender-based smelling salt to help revive the ladies.

The success of the smelling salts inspired an expansion of the company’s offerings, and in 1865, they created an extra concentrated perfume named Crab Apple Blossom.

The Thompson, Langdon & Co’s perfumes were highly sought after by leading socialites, including a very special customer named Queen Victoria. In 1872, The Crown Perfumery Co. was created as a subsidiary company and its most high-profile client; Queen Victoria, was so pleased by its creations that she granted them the right to use the image of her crown on their perfume bottles.

Over time, the company changed in ownership and even went out of business. However, its fortunes turned for the better when Clive Christian OBE walked through London’s renowned Burlington Arcade. Clive, who at that time was best known for his bespoke furniture, came across The Crown Perfumery Co. and realised that there was an incredible company before him with an unmatched heritage that deserved a new life.

Clive purchased The Crown Perfumery Co. and resurrected it as Clive Christian Perfume. Doing so restored the haute perfumery’s fine craft and tradition, which was celebrated with the launching of the iconic 1872 perfume. 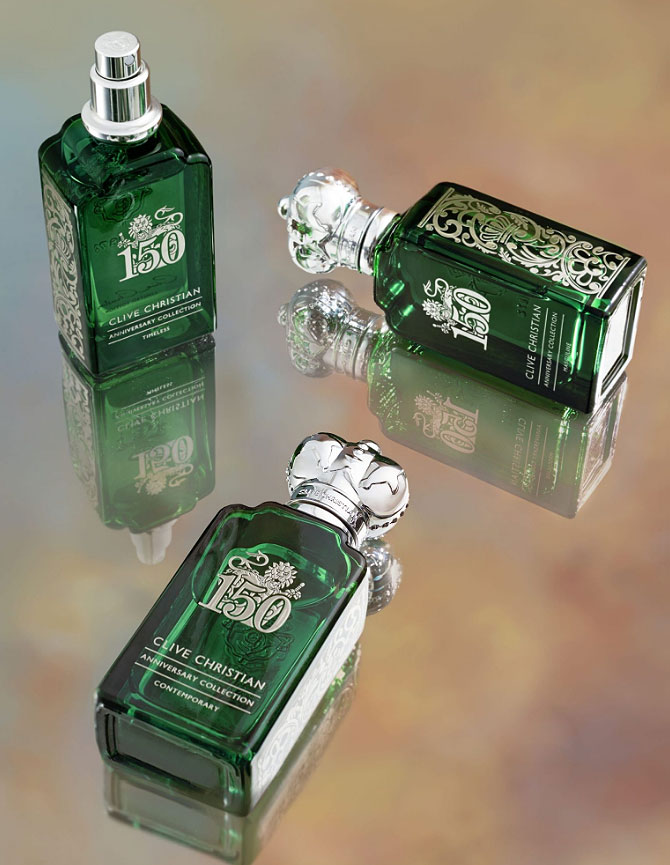 Timeless and Contemporary
To celebrate the 150th anniversary of the founding of The Crown Perfumery Co., Clive Christian Perfume has introduced two new limited-edition fragrances, which use only the finest ingredients.

Clive Christian is known globally for creating some of the world’s finest perfumes, and the two new additions not only reinforce this, but they are also a brilliant reminder of the art of true perfumery: a strand of history from the past that has now extended into the present.

As with the 1872 perfume, the Timeless and Contemporary clearly show they are 150th-anniversary special editions with a crown and lion embossed in silver on the green boxes.

The 150th celebratory theme continues on the glass bottles, which are in The Crown Perfumery Co.’s signature green colour coupled with ornate silver filigree across them, an ode to the hand-crafted silver cages that adorned the antique bottles.

Timeless
Timeless is a modern interpretation of a classic Victorian cologne. It is a refreshing perfume with sparks of ginger, sparkling lime and classic English lavender, a warm base of musk, amber and leather. It is available in 50ml bottles and has a complexity comprising 187 ingredients with a concentration of 25%. 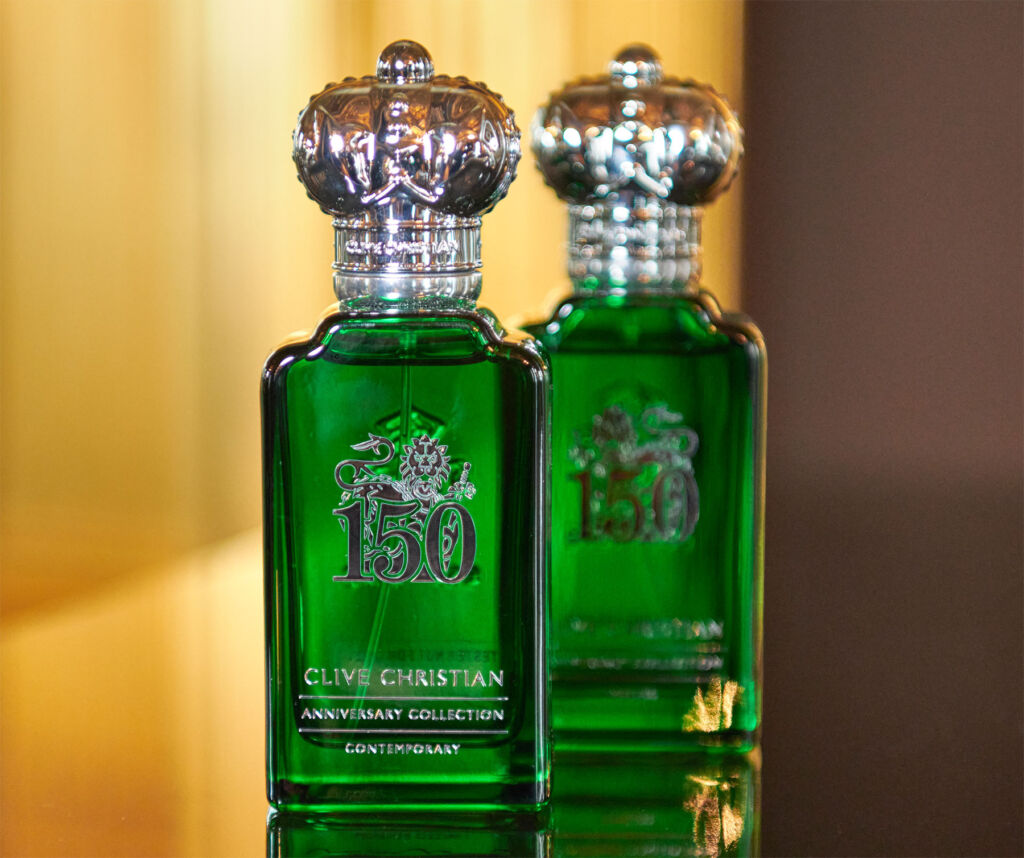 Contemporary
Contemporary is an elegant perfume juxtaposed with cool geranium and violet, juicy hedgerow berries alongside warm nutmeg, black pepper, aromatic cedarwood and a bracing single malt. Contemporary is available in a 50ml bottle with a complexity comprising 203 ingredients with a concentration of 25%.

Today, Clive Christian Perfume produces the highest quality perfumes, just like 150 years ago. The company’s fragrances are made with the rarest and most precious ingredients, and like the elite, who wore the perfumes created by The Crown Perfumery Co. a century and a half ago, their equivalents, do so today.

Clive Christian’s Timeless and Contemporary have an RRP of £380, and orders can be placed via www.clivechristian.com. 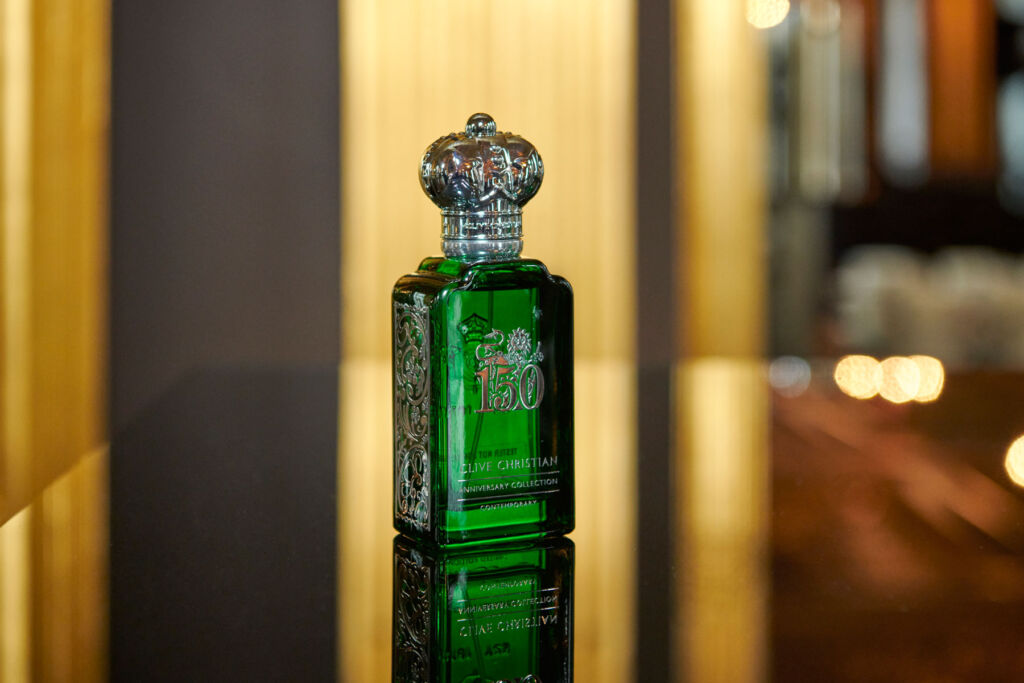