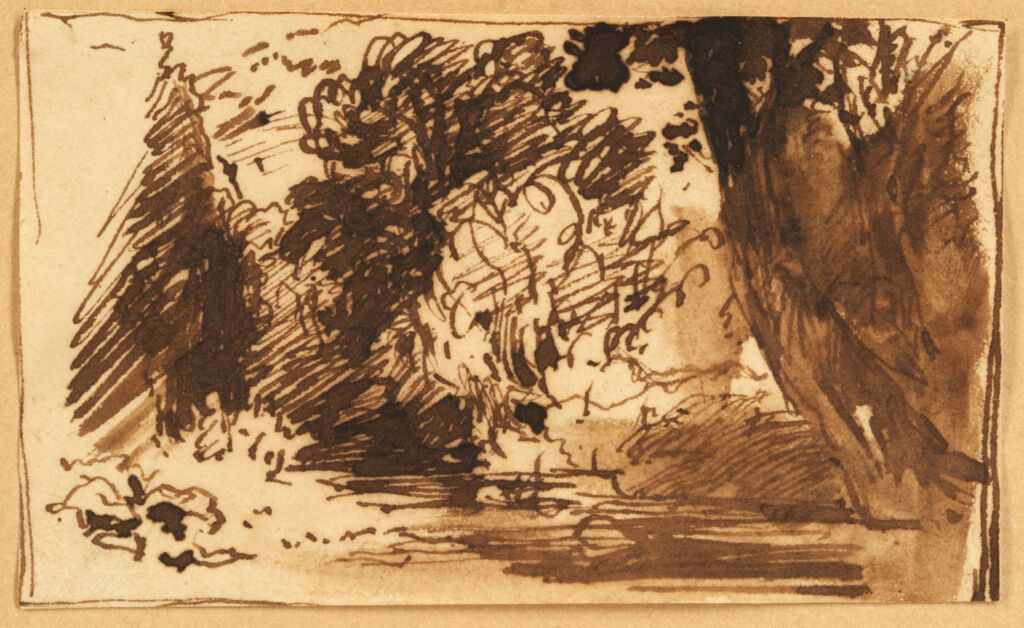 The pen and ink drawings were originally brought to Chiswick Auctions in a dusty box, in 1950s frames and turned out to be unpublished studies by the artist.

The drawings were sold by Tam Fry, son of the late playwright Christopher Fry (1907-2005), best known for dramas such as The Lady’s Not for Burning and Venus Observed, which secured him a firm place in the history of British theatre. Christopher Fry died in 2005 aged 97. He purchased the sketches in 1951 for just £3 each!

Tam Fry discovered the sketches when clearing out his father’s home and tells of his amazement in not realising what they were. He says: “We thought they were beautiful, but we never realised they were Constables. To be told the provenance is unbelievable.” 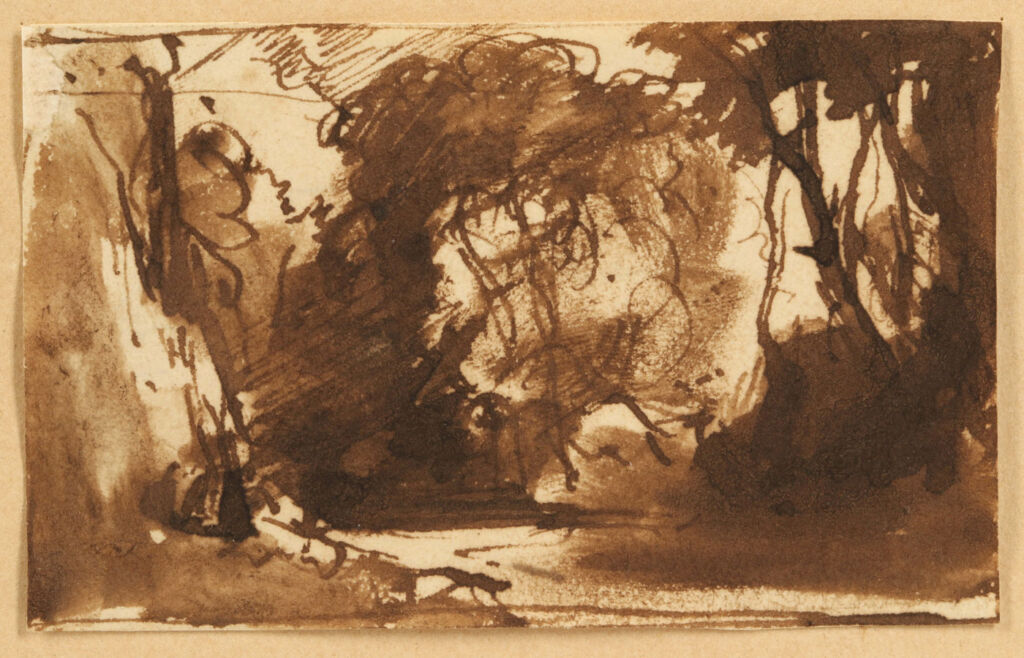 Suzanne Zack, Head of British & European Art at Chiswick Auctions, said: “The drawings were given to me covered in dust. After examination, I decided to contact Anne Lyles, the leading Constable expert and former Tate curator to investigate further.” Lyles was in no doubt that they were by Constable and described them as “exciting discoveries” and “small compositional drawings in pen, ink and wash which can be dated to Constable’s late period”.

The drawings of a wooded glade are believed to be Constable’s early ideas for illustrating the scene of ‘Jaques and the Wounded Stag’ from Shakespeare’s ‘As You Like It’. He created a range of designs in his capacity as one of the artists commissioned to illustrate ‘The Seven Ages of Shakespeare’, a compilation published in 1840.

Suzanne Zack, says: “What’s amazing is that, in a few pen and ink marks with brown wash he creates the light and shade of a composition. You can see that he did it quickly and drew a little frame around it. It shows his brilliance, how quickly they were done, but also how he was able to create a real composition in a tiny format.”

Following the sale, Suzanne Zack said: “It’s been so exciting uncovering previously unpublished works by the great British artist John Constable and we are delighted with such an incredible result. These works were fresh to the market and were in exceptional condition. We are very grateful to Anne Lyles, Constable expert and former Tate curator, as well as Peter Bower, who worked alongside us to research these wonderful, historical works.

There was a huge demand on the day with spirited bidding on several telephones and on the internet. A private collector on the telephone finally won out to rapturous applause in the saleroom. We hope they will treasure them, now that we are all aware of their importance to John Constable’s oeuvre.”