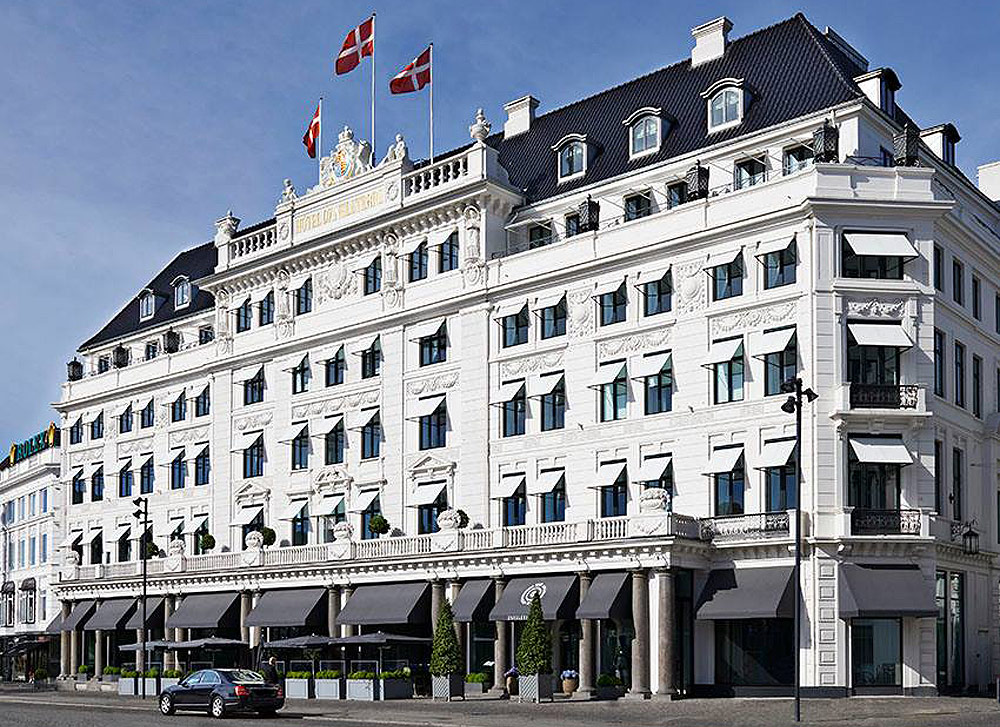 Towering above its neighbouring hotels in utter grandeur is D’Angleterre – without a doubt, Copenhagen’s most lavish large-scale hotel. Established in 1755, it’s an icon not just in the city but throughout wider Europe too. Why? Its elegant exterior, five-star rooms and renowned Michelin-starred restaurant are just some of the reasons tourists flock to its doors. 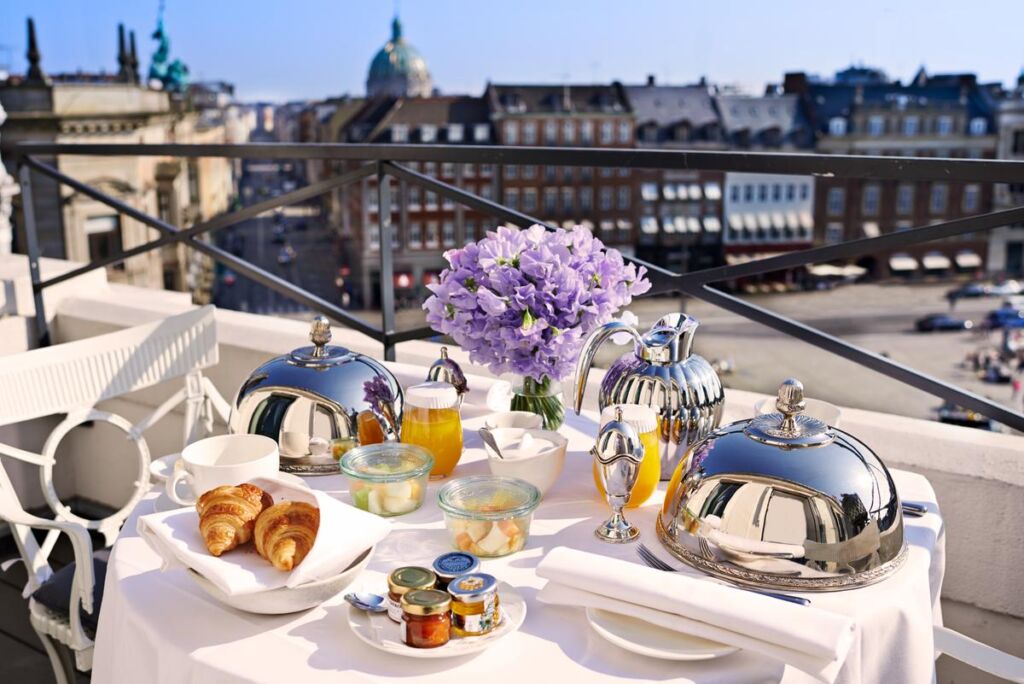 D’Angleterre lies in the centre of Copenhagen, next to the Royal Danish Theatre and Strøget – Europe’s longest car-free shopping street. Each of the 90 rooms and suites blends opulent style with the latest tech, leaving nothing amiss for today’s luxury traveller. Rich fabrics, marble bathrooms and handpicked artworks set the tone in each of the rooms, while state-of-the-art climate control, Bang & Olufsen sound systems and Nespresso machines are just some of the finishing touches you’ll enjoy.

Several suites celebrate Copenhagen’s storied past, such as the D’Angleterre Suite, inspired by Hans Christian Andersen and other Danish authors. 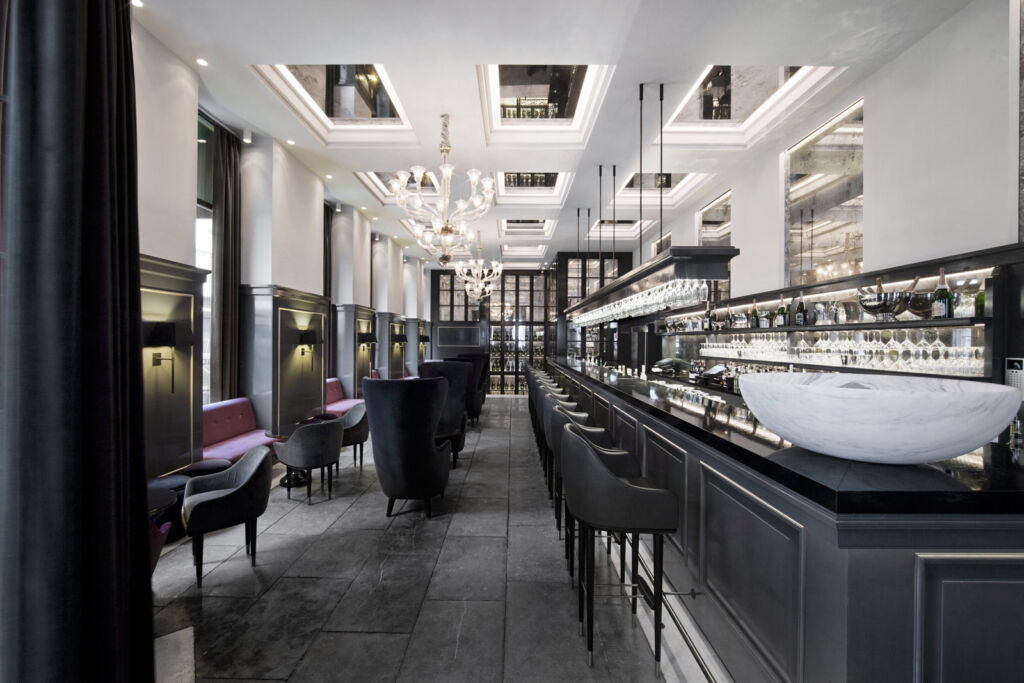 While Copenhagen has a lot to offer when it comes to gourmet food, the hotel itself houses one of the city’s most-talked-about restaurants; Marchal. Winner of 3 consecutive Michelin stars, Marchal serves creative yet elegant cuisine, inspired by Nordic and French classics. If there’s room for bubbles (when isn’t there?), Balthazar champagne bar is not to be missed, with 160 varieties of champagne.

Aside from its regal rooms and award-winning restaurant, guests can also indulge in an Asian-inspired treatment at the spa, which happens to house the only indoor pool in central Copenhagen. 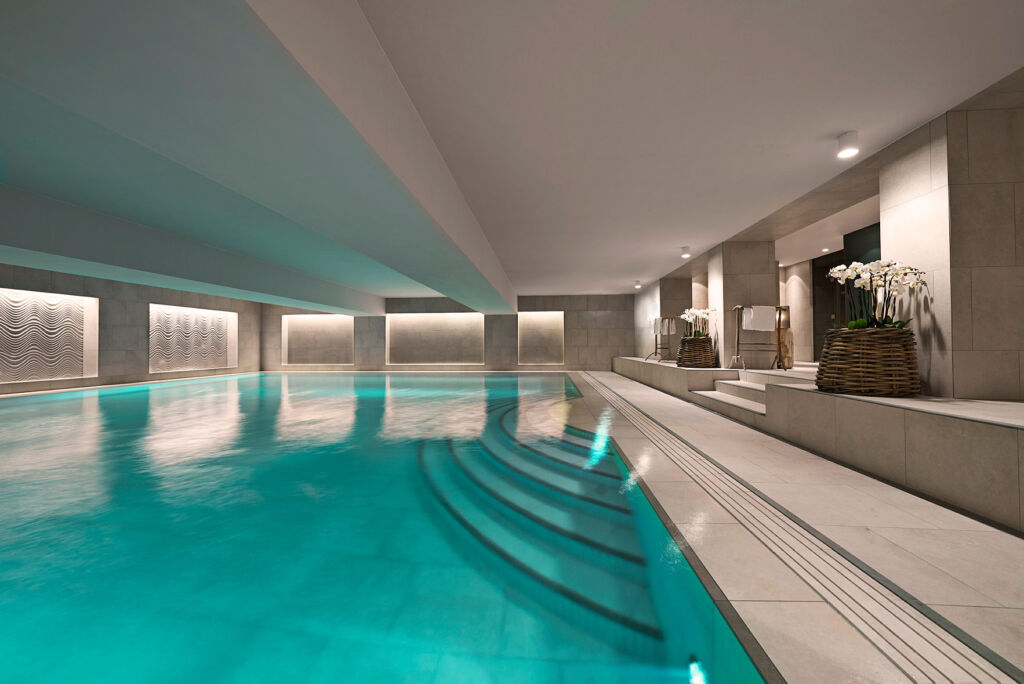 Ideal for those who don’t fancy braving a dip like a local (yes, they really do) in the canals.