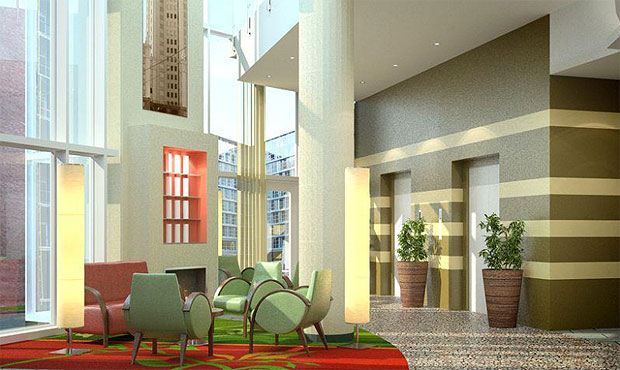 Marriott International hasy announced three new hotels will join its portfolio in Europe, each to feature the innovative new European design model for the upper-moderate Courtyard by Marriott brand.

“We are thrilled to announce these new additions to the Courtyard by Marriott portfolio in Europe,” said Amy McPherson, president and managing director of Marriott International in Europe. “We are confident that our new Courtyard model will better meet the needs of our guests and see tremendous potential to continue to expand the new prototype throughout Europe.”

Courtyard by Marriott Gdynia, Poland
The 175-room Courtyard Gdynia will open in 2014 under a franchise agreement with Scandinavian Hospitality Management. The hotel will be located in a mixed-use waterfront development in central Gdynia. A seaport city located on the south coast of the Baltic Sea, Gdynia’s economy continues to be bolstered by a growing shipping industry.

Guestrooms of the three hotels will be boast clean lines, natural  light, and a mediterranean color palette, thoughtfully designed to be a haven for business travellers where they can be productive and restore their energy while on the road. In addition each room will feature ample work space, task lighting and multiple, accessible outlets making plugging in easy.

Extraordinary thought was put in to the public space of the new model to support the business traveller’s needs for dining, meeting and socializing. Both stylish and functional, the contemporary lobby offers flexible seating, an interactive GoBoard™ screen featuring the latest news, weather and local information and a 24-hour market for grab-and-go salads and sandwiches. Each Courtyard will also feature an all-day bistro restaurant with menu items adapted to local tastes and demand.

Introduced in 1983 and now with over 900 hotels, Courtyard by Marriott is the 11th largest global hotel brand*.