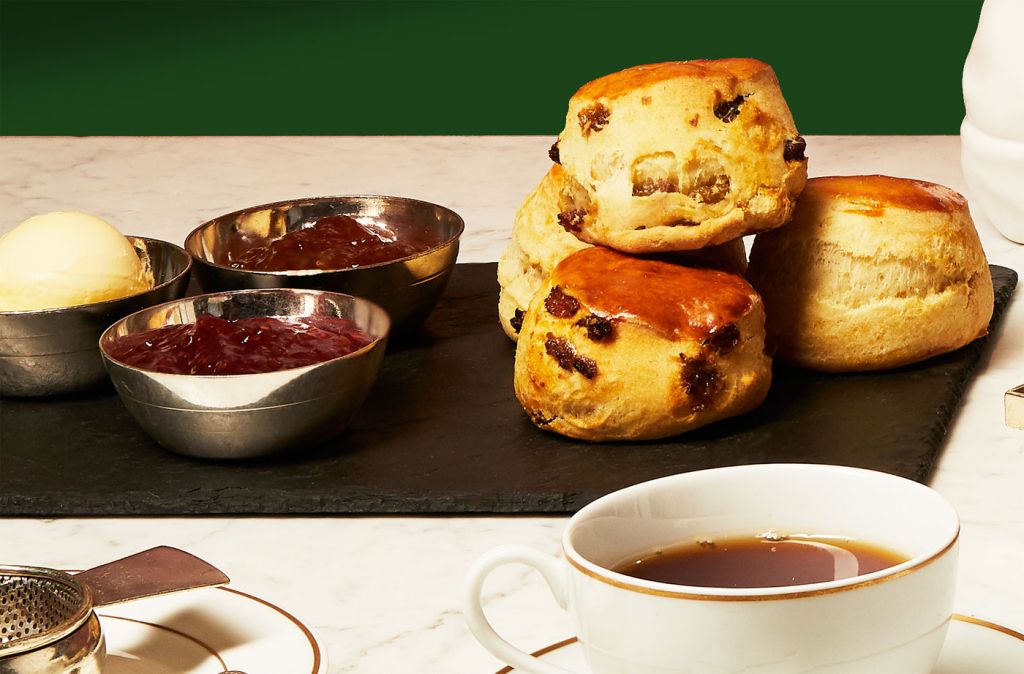 British Summertime is here, and many will be tucking into one of the country’s tastiest traditions – cream scones. But, is cream or jam on the top the best way to construct them?

It’s a classically British conundrum, and there are hardcore supporters of each method. Depending on where you go in the country, there’s a possibility of causing outrage if you don’t follow long-established local traditions when making a cream scone.

There are two approaches to making cream scones, and they both hail from neighbouring English counties:

And while we are on the subject, how do you even pronounce ‘scone’. Is it ‘scone as in cone’ or ‘scone as in gone?’

In news which is bound to raise the hackles of Devonians, 61% of people who responded to a YouGov poll preferred the Cornish method of making a cream scone. And we hear this is also the favoured method of none other than Her Majesty Queen Elizabeth II.

In an attempt to end the longest-standing debate in British history, Marks and Spencers have released a new product in time for summer – a strawberry-flavoured cream that combines the two condiments.

Problem solved? Not quite. This new product has been met with a new debate – some reacting with outrage, and others eager to try. It seems that we Brits love any excuse to debate or throw out an opinion, and hate messing with tradition!

Whatever your preference, a cream tea is an essential part of what it means to be British. This has been proved in the spike in UK search numbers for afternoon tea deliveries rising by a staggering 650%. While searches for cream tea deliveries also increased by a massive 750%.

Brits consume approximately 165 million cups a day, and the statistics clearly show that the lockdown is not putting a dampener on the desire for Britain’s favourite drink.

My choice of tea to enjoy with cream scones
I’ll admit, I am no expert when it comes to teas, I tend to let my wife Natasha revel in being the font of all knowledge. Recently I have felt somewhat tired and stressed, most likely due to the difficulties the restrictions pose plus trying to work on a new house during lockdown.

The British team company Hatters had kindly sent me some of their hemp-infused tea, seeking my feedback. As the tea is said to help you sleep and reduce stress, it seemed ideal, and if it worked and tasted good, I’d be thrilled!

Some people who see the word hemp on a product might shy away. It’s important to know, Hemp-infused teas aren’t the same as the naughty substances that tend to make people act odd and do strange things. It’s a perfectly healthy product sold in high street stores and is Holland Barrett’s best-selling tea in 2020.

As I mentioned, I am not a tea expert and have NEVER tried anything containing hemp. I am what you’d regard as a blank canvass without any expectations.

Natasha browsed the instructions on the package and discovered you can add a spoon of honey to the tea to make it sweeter. Before she popped the bag in, I wanted a sniff, and there was a very-recognisable scent, the same that permeated the air at the past couple of free music concerts we attended.

I sat down on the sofa in front of the TV, waiting with bated breath. Natasha brought the tea in and placed it on the table in front of me. I was somewhat hesitant. Would I be disappointed? Would it make me go light-headed? The short answer is no.

The tea was terrific. I was expecting it to be bland and tasting of green things and it was nothing of the sort, it was plain and simple a lovely tasting cup of tea, and I’d go as far as saying it was the best ‘proper tea’ I’ve tasted.

I didn’t manage to get all of the claimed benefits, my sleep was still rubbish, but I did feel somewhat calmer after drinking it. I’ll need a couple more cups before I know if the tea was directly responsible for calming me down or if it was a placebo effect.

So, if you want a great-tasting tea to go with your cream scones and I’m not revealing if I’m a jam or cream first man, I can heartily recommend the Hatters hemp-infused tea range.