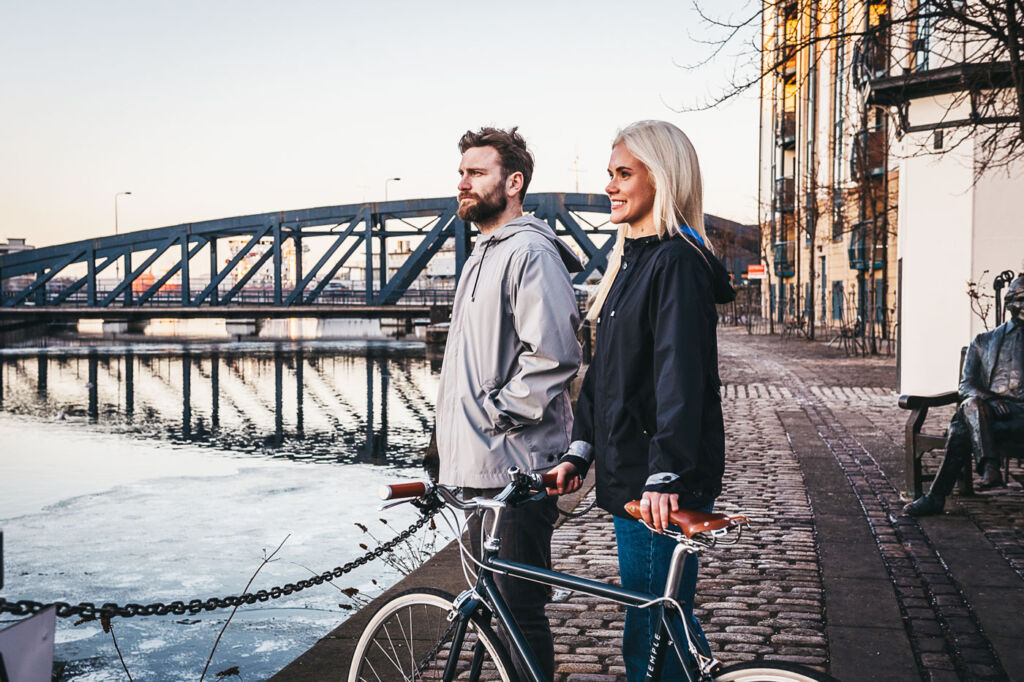 Let’s face it, the UK weather is hardly predictable. It’s difficult trying to find suitable clothing at the best of times, so when we’re looking into garments that can pretty much handle any weather, we sit up and take note.

The Meander jacket was thus brought to our attention here at Luxurious Magazine and we managed to get our hands on one of the jackets ahead of their current crowdfunding launch to try it out.

This waterproof, breathable, windproof, lightweight and packable jacket is aimed towards city dwellers, daily commuters and weekend adventurers alike. The simple Scandinavian inspired design is versatile and can transform into a functional rucksack, messenger or saddle bag. It’s crafted from luxury performance materials from an Italian mill that matches the company’s ethos of style, sustainability and functionality. 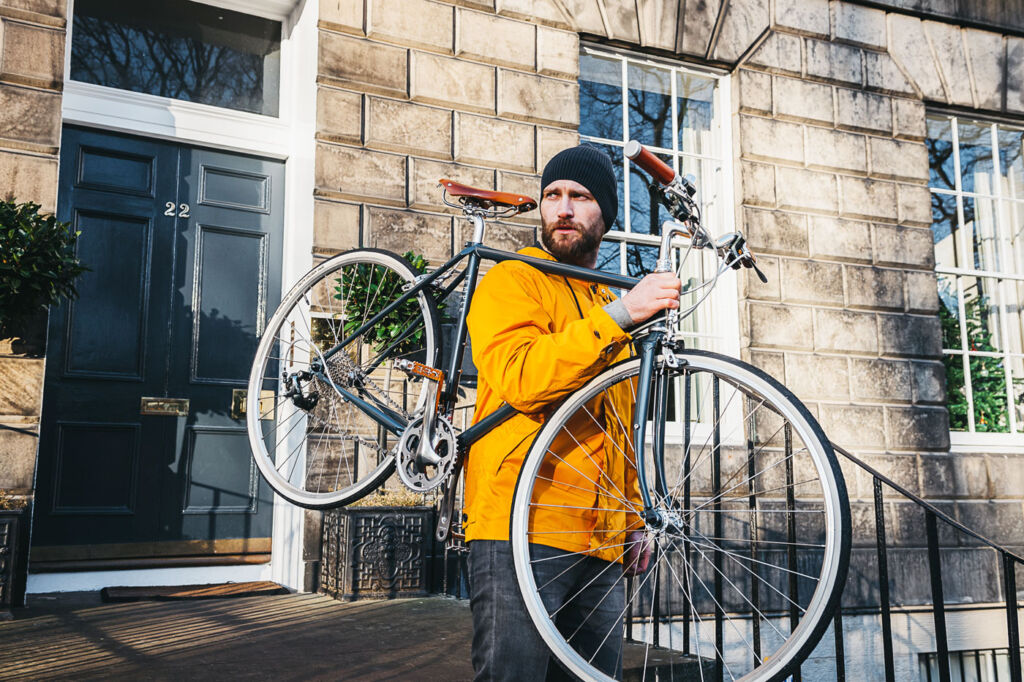 Granted the weather has been a little more favourable of late, so we did not have time to do long-term tests such as in heavy rain to test it out. But as first impressions go, we have been impressed. Available in three colours – dark navy, orange and grey – the jacket is soft to the touch, is super lightweight and can fold away into itself and stowed in a backpack or be attached to a saddle using the straps it comes with. It can also be folded into its own pocket which essentially turns into a backpack in itself or as a saddle bag.

The Meander has been designed to be worn on and off the bike and we wholeheartedly agree with its credentials because the jacket does not look overtly like a ‘cycling’ one. In fact, we tried it on for size with an early morning brisk run, a day trip, long walks and just lounging around in at the weekend. It ticked all the boxes nicely. 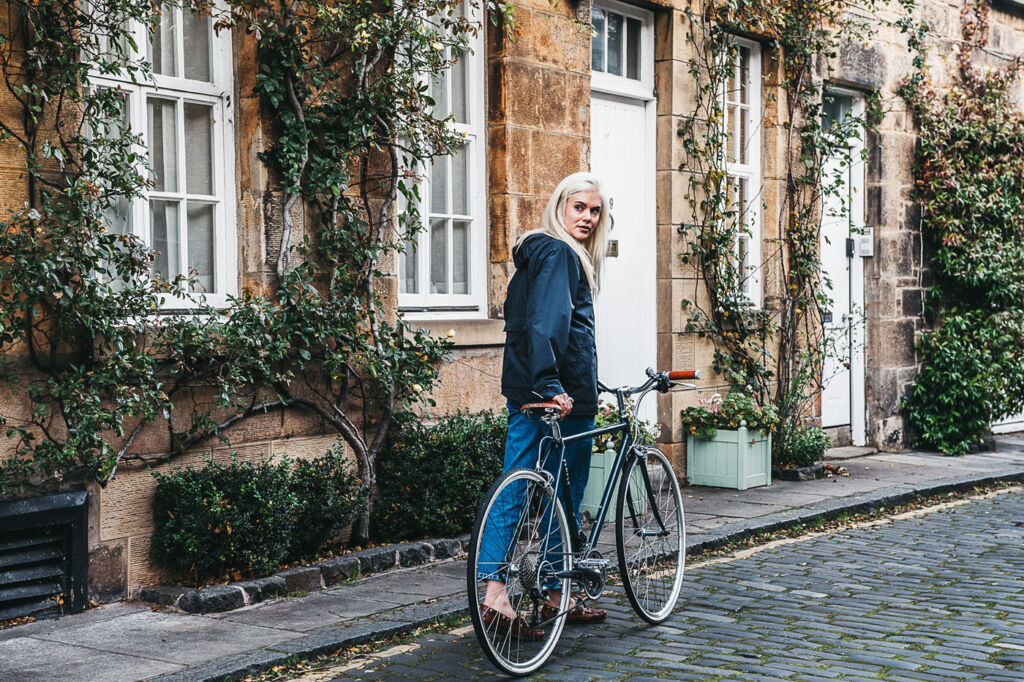 The unisex jacket, which is made from sustainably produced fabric by an Italian mill, is the brainchild of husband and wife duo Jill and Steve Henry from Edinburgh, Scotland. The keen cyclists and adventure enthusiasts decided to embark on a mission to create a jacket that would appeal to the everyday cyclist and not just the pros.

After two years of research, development, fabric sourcing the Meander concept was born with the stylish commuter and weekend adventurer in mind. What’s more, with sustainability close to the couple’s hearts, they have teamed up with Forest Carbon to plant one extra tree for every jacket sold in a local woodland in the Scottish borders. These woodlands can regulate water quality and supply, reduce soil erosion, stabilise riverbanks and mitigate flooding.

The Meander – Where and How?

The Meader jacket is currently in the crowdfunding campaign stage and costs £199 during the campaign and will retail £249 when it ends at the end of May. The campaign is live on Indiegogo and can be viewed here. For further information on Meander, e-mail [email protected]. 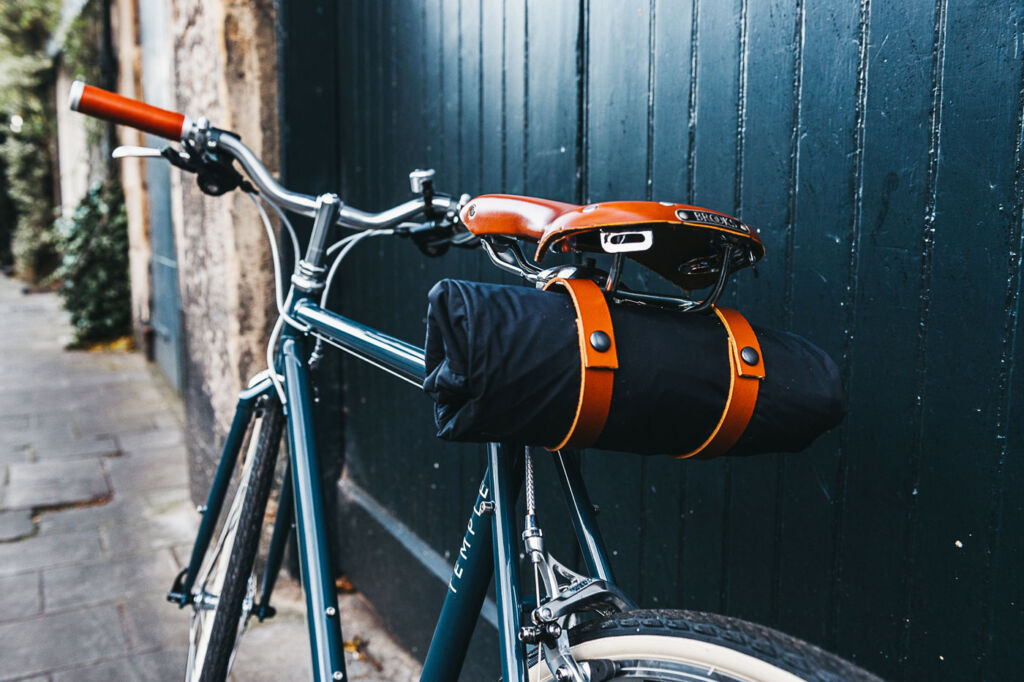