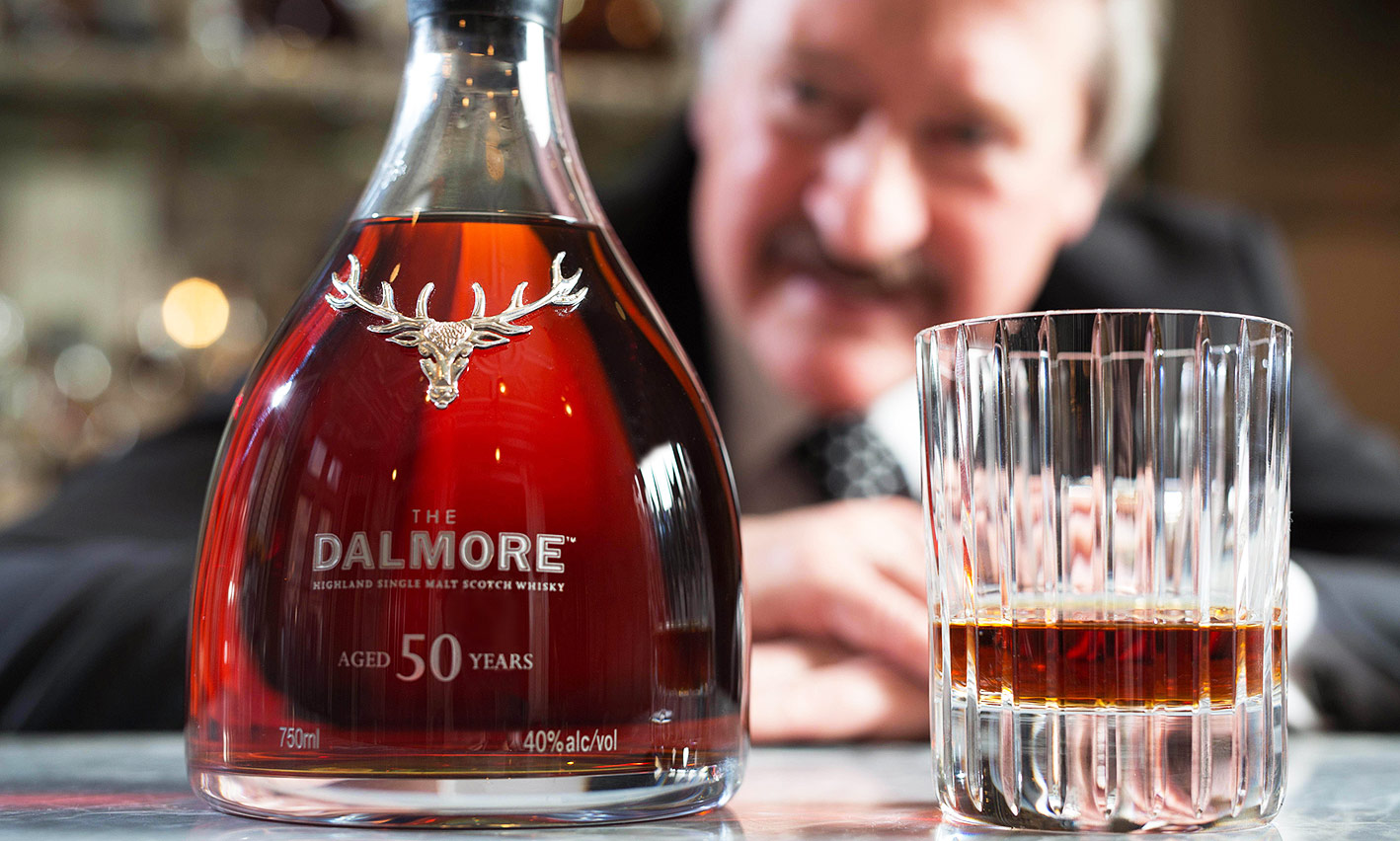 Founded by Sir Alexander Matheson, a restless entrepreneur and international businessman, The Dalmore was born with a different purpose, to go above and beyond to create luxurious single malt whisky unlike any other. An unbroken chain of exceptional whisky makers has fulfilled Sir Alexander’s vision ever since, pioneering multi-cask maturation over 100 years before this was commonly adopted by others in the industry.

As the creative force behind some of the most iconic and innovative releases in the world, Master Distiller Richard Paterson’s passion, expertise and artistry have seen him pioneer the art of maturation and cask finishing which has been instrumental to the success of The Dalmore. 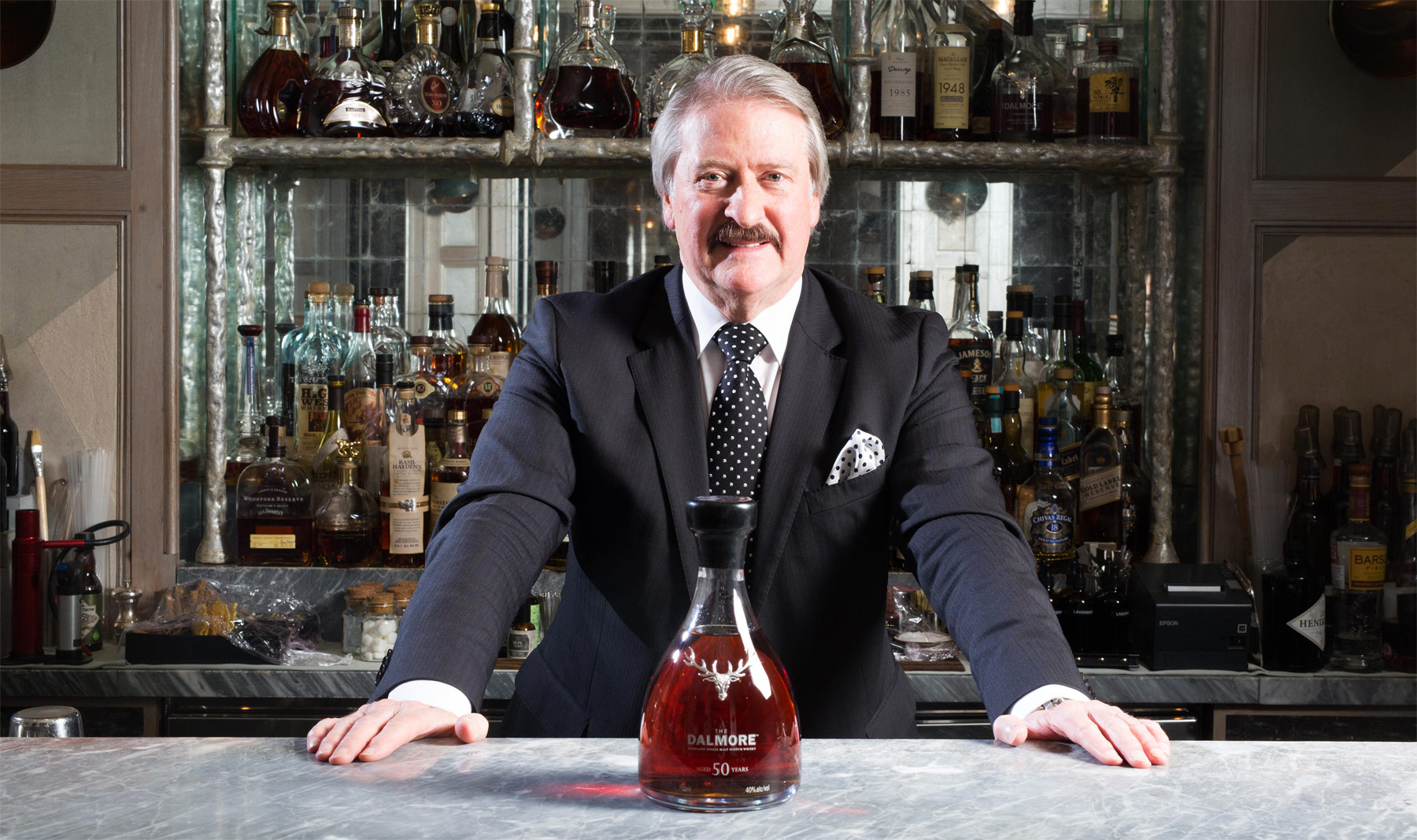 Richard has been Master Distiller at The Dalmore for nearly 50 years. The whiskies he has created during his tenure have help Richard to achieve global celebrity status. He is the man who, with The Dalmore, created the category of super luxury single malt, a category he continues to define to this very day.

Building on the celebrations surrounding Richard’s 50th anniversary, the limited edition, The Dalmore 50-year-old has been meticulously crafted in partnership with four other legendary luxury houses, to serve as a fitting tribute to each year of his illustrious career. 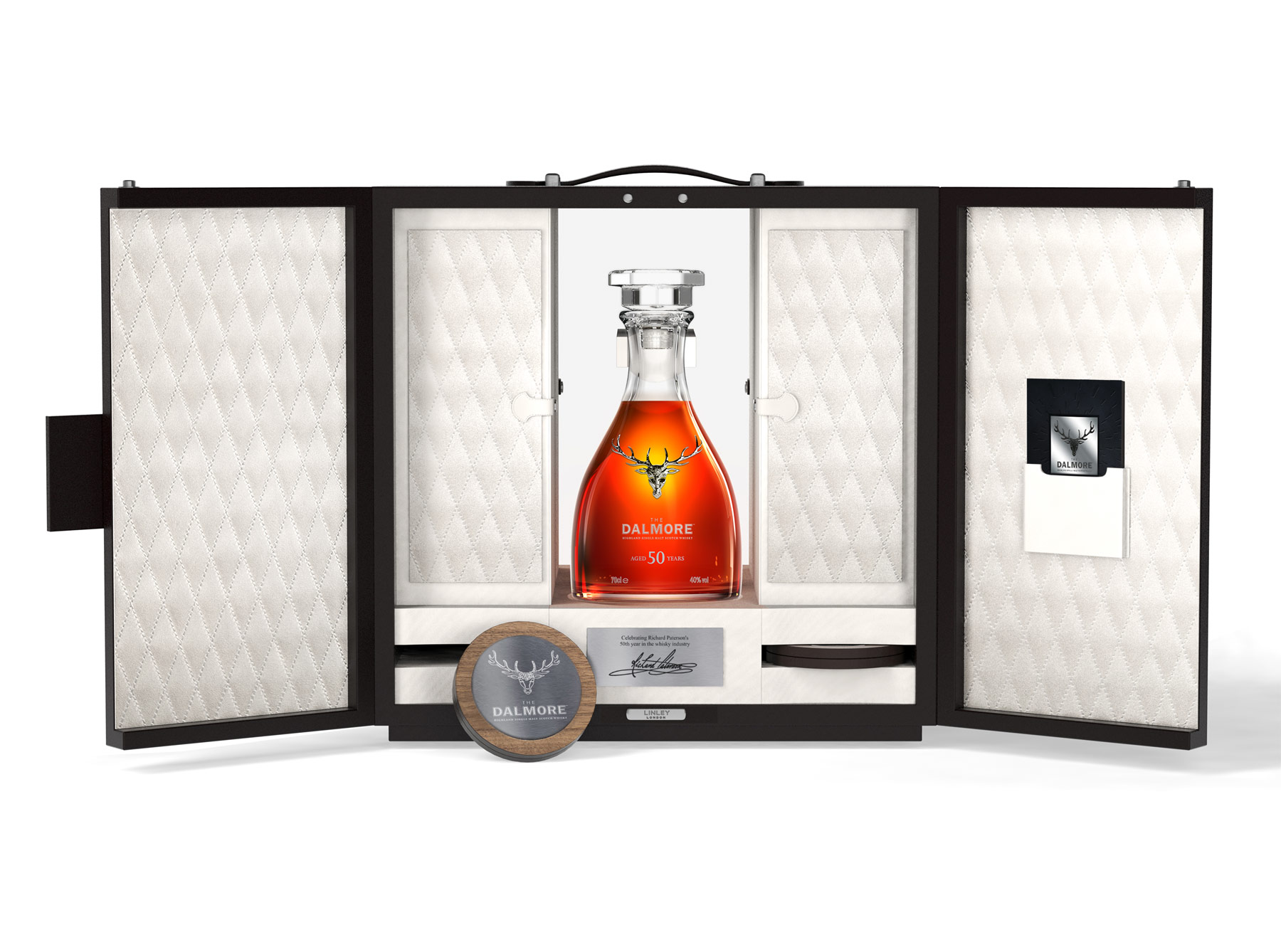 With up to 50 decanters released, which will be hand-filled on order, The Dalmore 50 has been matured in American white oak, Matusalem oloroso sherry casks from the world renowned Gonzalez Byass Bodega and port Colheita pipes from the Douro region of Portugal, before undertaking a final finesse for 50 days in rare champagne casks from Domaine Henri Giraud.

Paterson did not select the champagne cask by chance. Considered to be one of the region’s hidden gems, Domaine Henri Giraud family estate is regularly lauded by experts from around the globe and is one of the only champagne houses to still mature their wines in casks. The casks selected have a unique intensity and aromatic complexity, giving Paterson the final flourish of wood needed to create this exceptional expression. 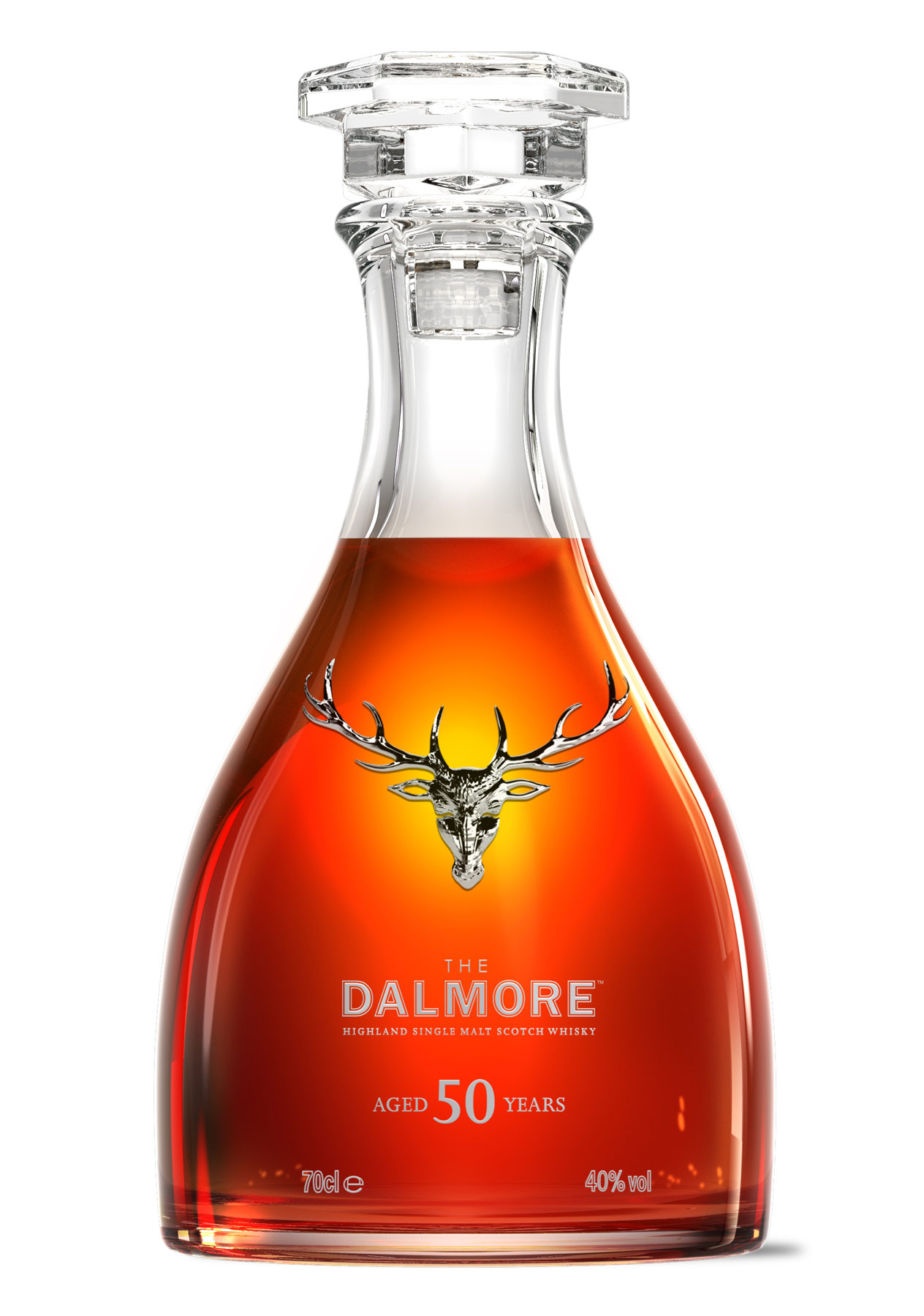 Richard Paterson said: “This is a special year for me so I chose to finesse this whisky in a champagne cask, as this magnificent drink is synonymous with celebratory occasions.

“Bringing the champagne together with Matusalem oloroso sherry and port is perhaps the greatest example to date of our ability to innovate in both maturation and cask finishing while preserving the signature flavours of The Dalmore.

“This whisky is exceptional, as are the luxurious and sophisticated finishes applied by the craftsmen at Domaine Henri Giraud, Baccarat, Linley and Hamilton & Inches. They are true masters of their art and it is a pleasure to have worked with them to bring the 50-year-old to life in such a magnificent way.”

To hold this unique whisky, the artisans at prestigious French crystal house Baccarat have skilfully created crystal decanters, each of which will be held within a presentation case designed and crafted by the accomplished furniture makers at LINLEY.

Finally, each decanter will be adorned with a solid silver stag, created by silversmiths Hamilton & Inches, holder of The Royal Warrant.

Journey of The Dalmore 50 Year Old

The Dalmore – Where and how 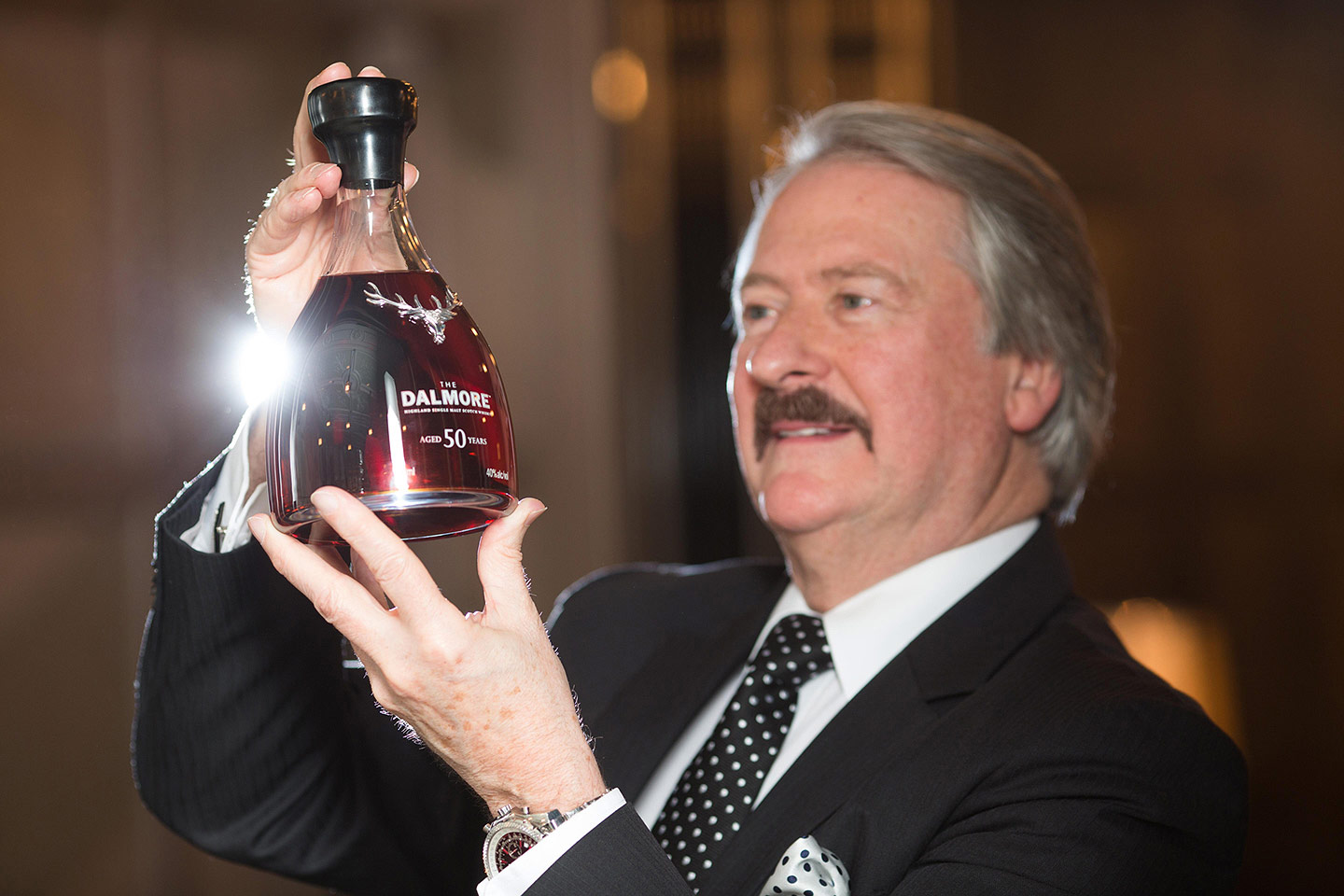