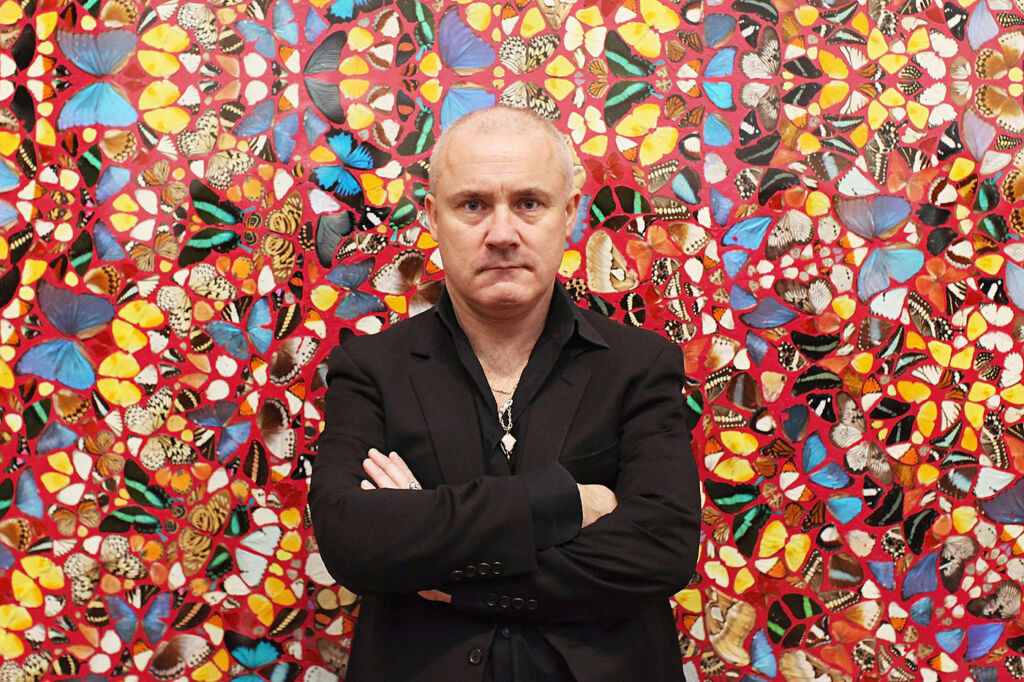 Contemporary British artist Damien Hirst has completed on the purchase of a £40 million headquarters building on Beak Street in the heart of London’s Soho, acquired from luxury commercial developers Enstar Capital and LandCap.

Developed in a joint venture by Enstar Capital and Landcap, the 27,742 sqft Grade A commercial building, provides accommodation over basement, ground and five upper floors, and includes a 5,500 sqft restaurant let to Sticks n Sushi. 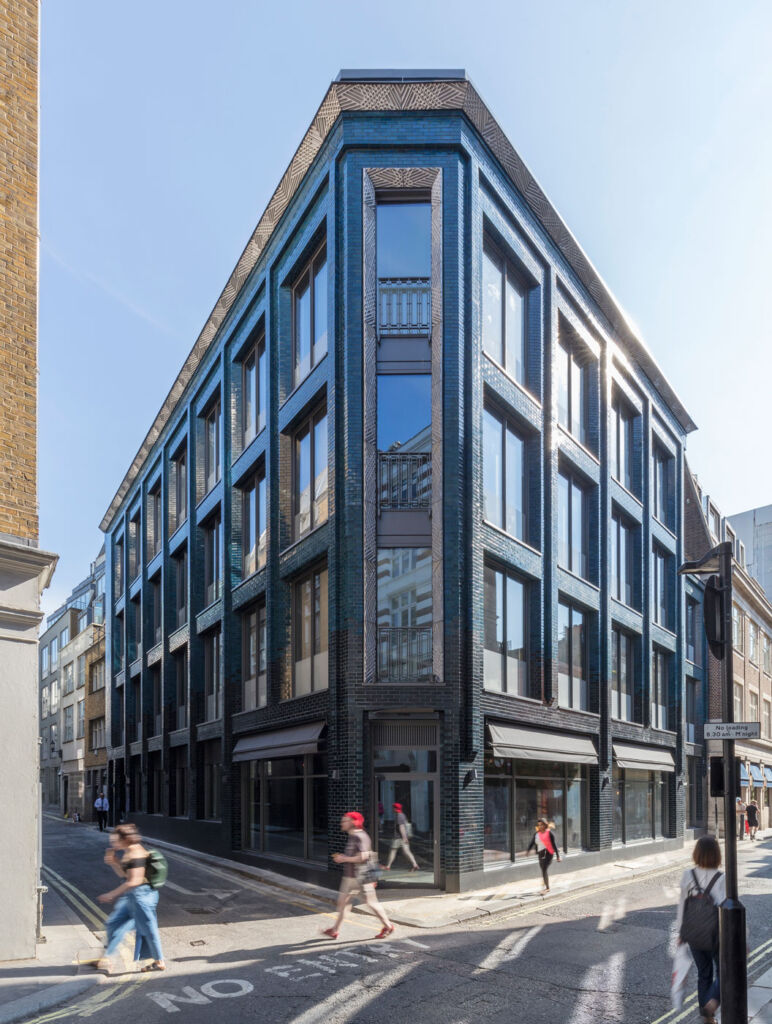 Acquired via Hirst’s company Science (UK) Ltd, the building will serve as Damien Hirst’s new flagship studio and art complex in the UK capital and is currently undergoing a major fit-out in anticipation of opening in Q1 2019.

Designed by award-winning architectural practice Stiff + Trevillion the new art studio is one of the most carefully crafted architectural buildings in London’s West End.

The project received planning permission in November 2015, and the building has taken three years to build, with development costs of £20 million. The interior was finished as a perfect blank canvas for the incoming tenant to fit out to the own specifications. The fit-out is currently underway, scheduled for completion in early 2019.

Damien Hirst’s new art complex has an impressive façade that uses over 100 different glazed bespoke bricks. The bespoke iridescent turquoise colouring of the bricks was carefully cultivated and manufactured in Holland. The high level of craftsmanship to the building’s exterior offers visual stimulation and reflects the rich artistic context of the site. 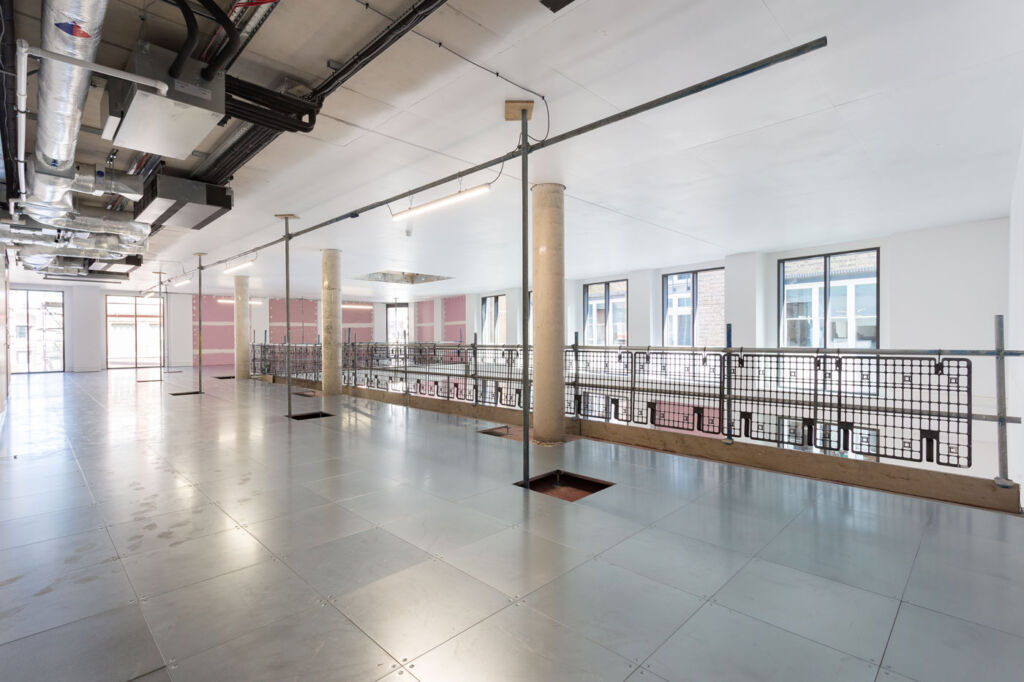 The building has spectacular interiors ideal for producing and showcasing artwork. As part of Damien Hirst’s requirement for voluminous double height space, the second-floor slab was practically removed, providing a vast double-height cathedral-like space with a 3,750 sqft floorplate and a 10 metre (33 ft) high ceiling, ideal for production and display of large-scale artwork for which the artist is renowned. There is a special raised mezzanine deck which looks into the cathedral space, providing a gallery space and break-out area for creative work and client entertaining.

The artist’s production and display of large-scale artwork require highly specialised accommodation. The trap doors and openings in the building allow for artwork to be moved through the building and displayed and the complex has floor to ceiling windows on all levels, with the interiors graced with polished concrete Italianate pillars. The roof terrace of the building, allows for the creation of a quiet garden and entertaining space in the heart of bustling Soho.

The main entrance foyer to the new art complex will deliver a space comparable to a boutique hotel, with a ceiling over 3 metres high (10ft+), with the remainder of the ground floor continuing the raised ceiling height, creating a stunning first impression for visitors.

The building has been built to an exceptional specification, with even the washrooms inspired by the Savoy Hotel and Soho House, finished in Carrara marble, with stylish suites and walk-in showers. 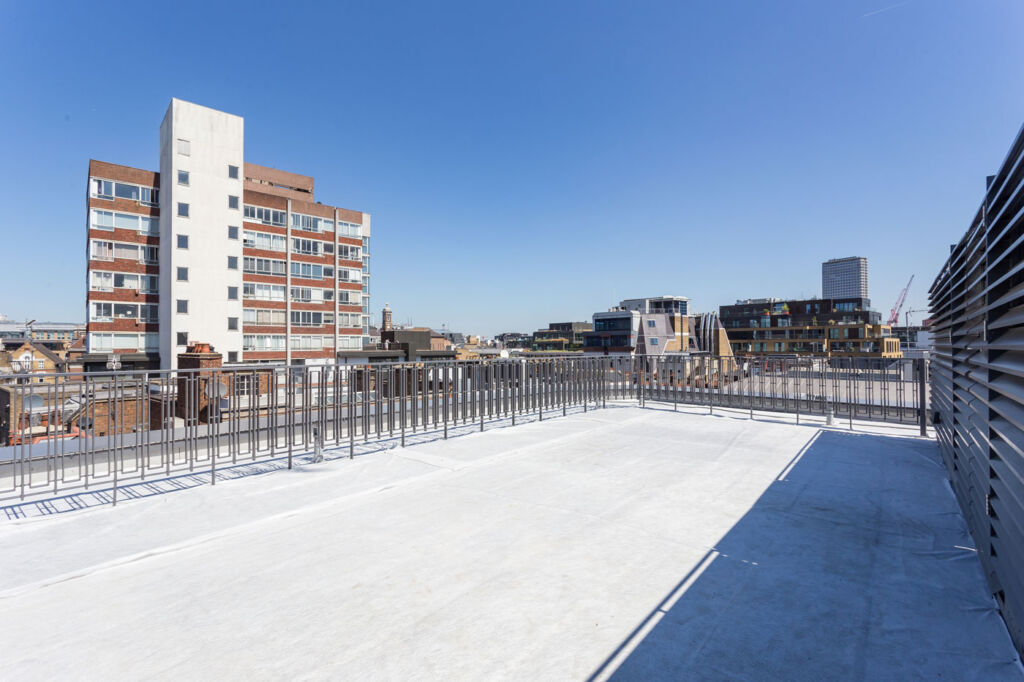 Rakan McKinnon, Founder of LandCap says: “The bespoke hand glazed bricks and meticulous architecture create the perfect inspirational environment for the creative group of Damien Hirst. This new art destination helps to bring back the artistic energy and creativity Soho was so renowned for.”

Farid Alizadeh, Co-Founder of Enstar Capital says: “This project has been an incredible journey from inception to delivery. The result is extraordinary and a real architectural gem. We are delighted that our unique development will be home to the most celebrated living British artist.”

The site of the new building was formerly occupied by an Edwardian-era Police Station and Police Section House, built in 1901-1910, which provided policing for Soho and accommodation for unmarried police officers. It was from here that Police investigations were carried out into the 1942 “Soho Ripper” murders, undertaken during the Blitz blackouts by serial killer Gordon Frederick Cummins. 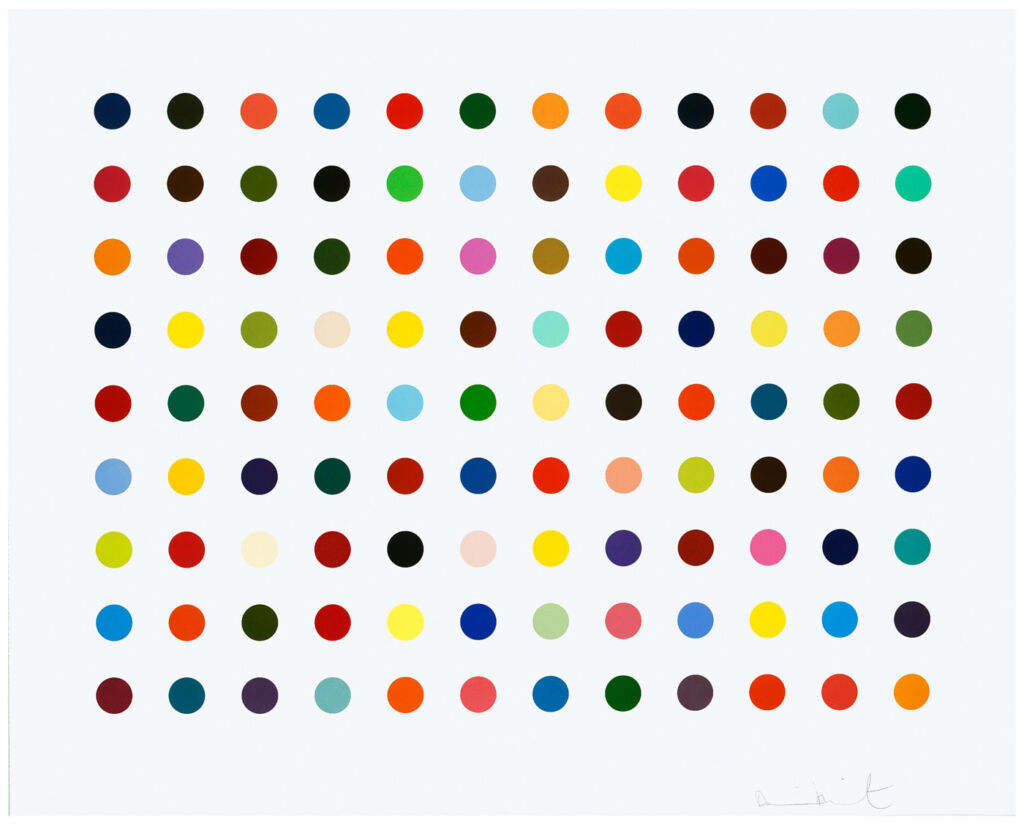