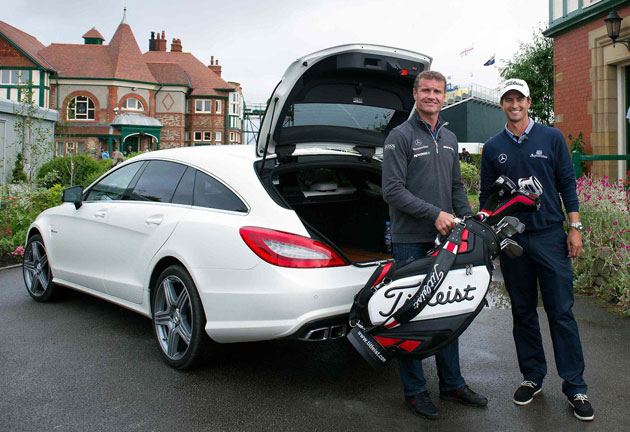 The Australian golfer and Mercedes-Benz brand ambassador Adam Scott will be playing this week in the 141st Open Championship – the world’s oldest golf tournament, and the only major not held on US soil. And for the second consecutive year, Mercedes-Benz will be there as “Official Car of the Open Championship”. As a highlight in the lead-up to the event, Mercedes-Benz racing driver David Coulthard surprised Adam Scott with a drive in the new CLS 63 AMG Shooting Brake, due to celebrate its world premiere in a few days’ time.

During a quick spin through the picturesque Lancashire countryside, the duo talked about their two shared passions: Mercedes-Benz cars and golf.

Adam Scott commented: “It was fantastic, a real surprise to be picked up by David Coulthard and driven out to the course. Just to spend some time with him, what he had to say and listen to him talk about driving.”

Adam Scott had to take his leave to continue training for the Open, giving David Coulthard some time to pay a visit to the historic Royal Lytham & St Anne’s Golf Club.

David Coulthard was impressed by the new CLS Shooting Brake: “I love the fact that Mercedes-Benz are always coming out with new concepts. And I think the CLS Shooting Brake as a concept works, you have something which is very sporty looking, but equally it can be used for everyday driving. And of course it has the space that you want in this type of class of car.” 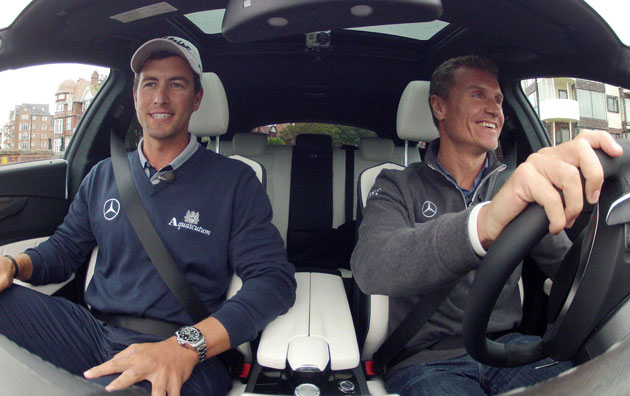 David Coulthard’s name has just been entered in the Guinness World Records Book. David Coulthard at the wheel of an SLS AMG Roadster, in a successful attempt to break the record for the farthest golf shot caught in a moving car. Professional golfer Jake Shepherd struck the ball at a speed of 178 miles an hour – and after a trajectory of 275 metres it landed in the Mercedes-Benz super sports car being driven at 120 miles an hour. The point of impact was neatly between the seats of the SLS AMG Roadster.