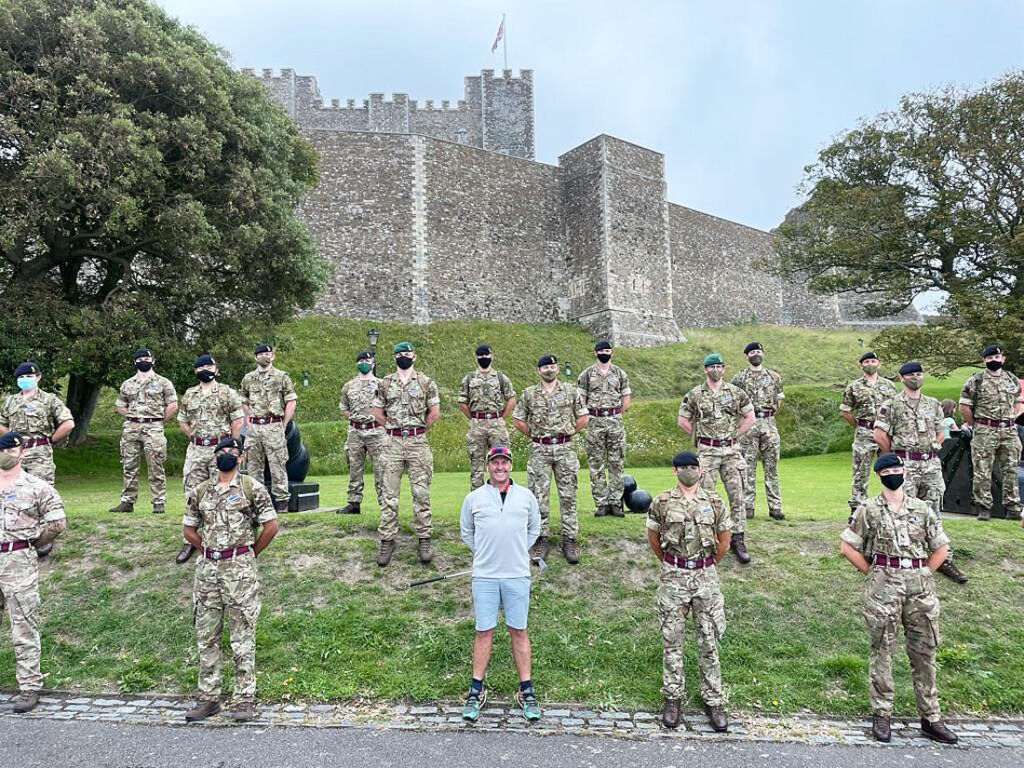 Former member of the UK armed forces, David Sullivan could be putting his feet up in the garden or hitting some balls on the golf course this summer. Instead, he’s currently on a 1,000-mile golf ball hitting challenge that extends the length of Britain to raise funds for others and highlight the importance of knowing CPR.

Almost twelve weeks ago, David Sullivan, a former Armed Forces trainer aged 58 from Oxted, Surrey, set off from John O’Groats on a mammoth mission to walk over 1,000 miles while hitting a golf ball. On 22nd August, David is due to arrive at his destination of Land’s End.

It’s not often we cover charity challenges but David Sullivan’s efforts struck a chord in our editorial office. Paul, yes, the same man that owns our magazine was in the UK armed forces in the 1980s and has the utmost respect for all its training personnel, often stating they don’t get the limelight they deserve. When we told Paul about what David Sullivan is doing to help others, he immediately said, write about it! 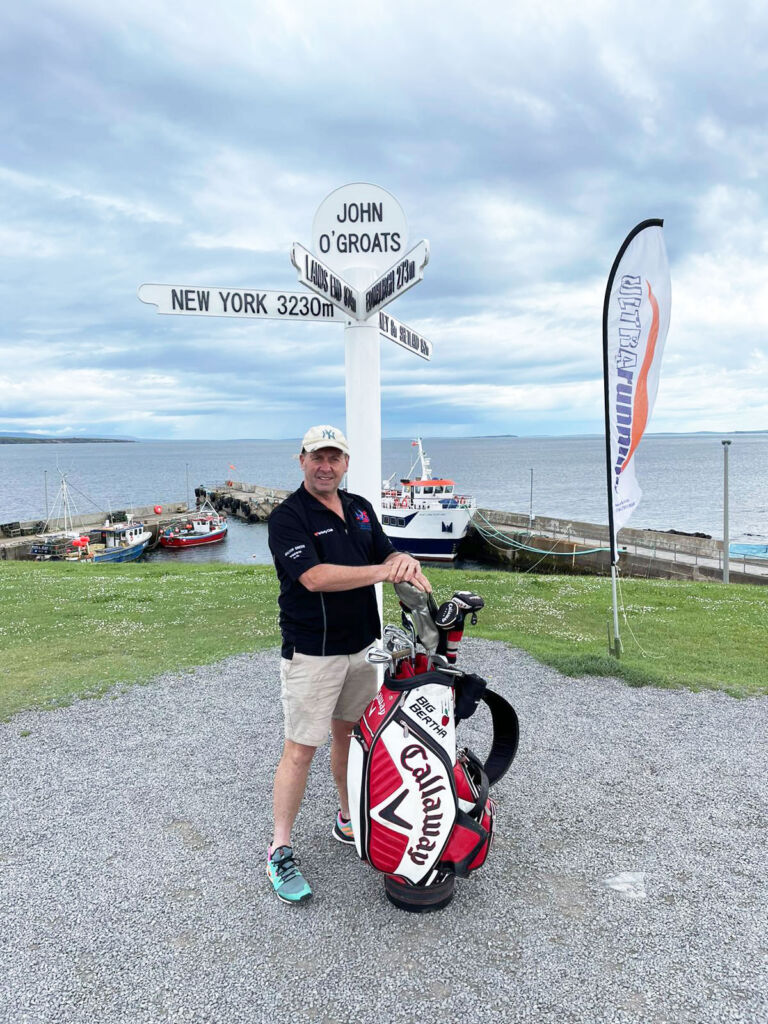 Just driving the length of the country in a motor vehicle is no easy task. However, David is taking the long and arduous trip to a whole new level.

He has set himself the extraordinary challenge of walking between 14 and 30 miles every day (camping overnight), solely to raise awareness of the importance of knowing CPR whilst at the same time,  raising funds to enable more towns and villages across the country to install life-saving defibrillators.

At every one of David’s stops on his mammoth journey, he trained people how to perform CPR. David’s passion for teaching CPR came about in 2016 when, while playing golf, he was faced with a life-or-death situation.

When a young man experienced a cardiac arrest in front of him, David luckily knew what to do. He gave CPR for 17 minutes until the man could be treated with a defibrillator.

“It was thanks to my training and a defibrillator being nearby that I was able to help save the man, who luckily made a full recovery,” says David.

“When something like that happens right in front of you, it makes you realise how precious life is and how important it is to know what to do in that kind of emergency. It was an experience which profoundly affected me, and now it’s my mission to create an army of lifesavers all over the country.”

David has the goal to raise £60,000, which would mean that sixty locations in Britain could be kitted out with a defibrillator, but at just over £8k, he still has a long way to go. 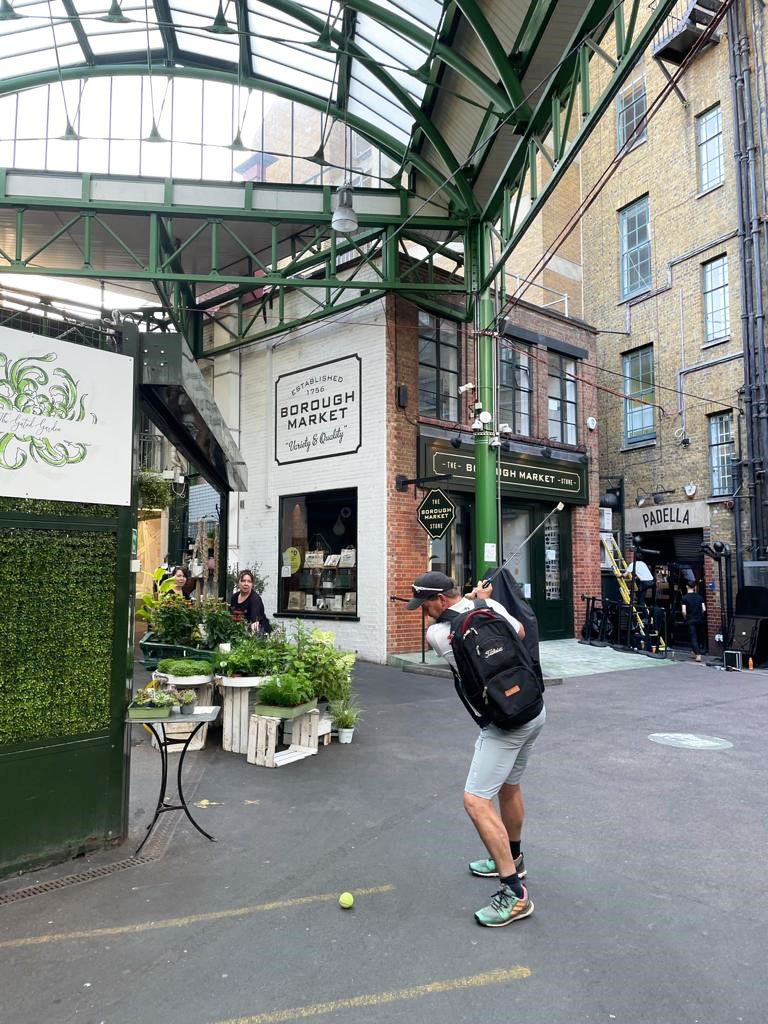 “I’m imploring individuals and businesses all over the country to support this endeavour. Until a cardiac arrest happens to you or someone you know, it’s impossible to truly understand how critical defibrillators are.

American Golf is sponsoring David on this adventure, and their CEO Gary Favell said, “When we heard about the incredible challenge David had set himself, we immediately wanted to lend American Golf’s support. David has found a way to harness his golfing prowess not only to highlight the importance of knowing CPR through his own personal experience but to train people along his journey. He is a true inspiration.

“American Golf champions inclusivity at every level, and we stand behind every player on their golfing journey – David’s is no exception, and we wish him every success on his mission.”

If you would like to help David reach his fundraising goal, please visit www.justgiving.com/crowdfunding/david-sullivan-77.