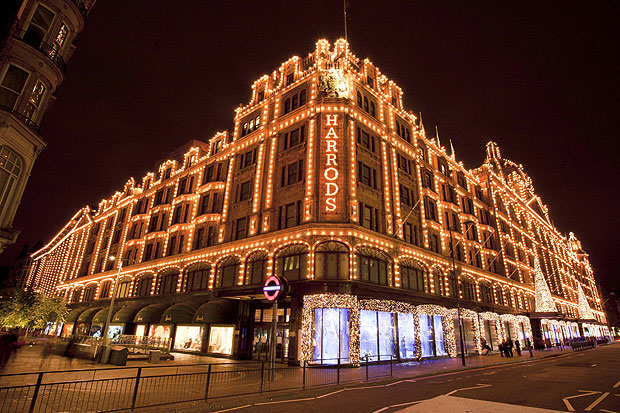 Just a few weeks before the joyful Christmas period, DeLaneau Watches is proud to announce its first retail corner in the U.K at one of the most famous stores in the world : Harrods. Dating back to the 19th century, Harrods has grown, over the decades, to become the epitome of luxury goods. A venue of its own, Harrods is a driving force for fine exclusive products gathered on all continents. 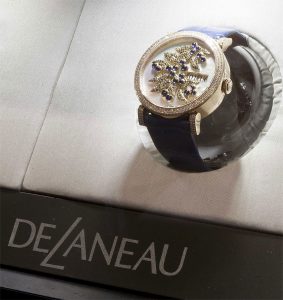 DeLaneau Watches has conceived a unique Ecrin for its presence at Harrods. Genuine crystal balls have been carved to display the latest ultra feminine DeLaneau marvels. This is indeed the opportunity for the brand to introduce its unique craftsmanship tradition. Created in the brands’ Geneva Ateliers, DeLaneau Watches are precious timepieces are born from the outstanding talent of the three in-house enamellers. Known as an undisputable reference in terms of miniature & enamelling painting on watches, DeLaneau Watches is proud to show, at
Harrods, its most accomplished pieces.

The expansion of the DeLaneau Watches brand

The opening of the Harrods corner in London is yet another illustration of the brand’s worldwide expansion. In 2010, DeLaneau Watches opened two boutiques, one in Moscow and one in Geneva. In 2011, a flagship store was inaugurated on Madison Avenue just opposite Barney’s and DeLaneau Watches are now also sold at Neiman Marcus in Los Angeles.

Bienne, Switzerland,1949, a period prone to creation & modernity, sees the birth of DeLaneau Watches. A few years later, in 1965, Swiss couple Rolf and Yolanda Tschudin become the new owners. Yolanda, the daughter of a sculptor, becomes one of the very few women active in the watch industry. She embraces the new codes of modern society and transcends them into her timepieces. Be it the growing importance of movies – many world renowned actress from Cinecitta and Hollywood – or other leading aristocratic ladies were all faithful to the brands ultra feminine wrist watches. From then on to this day, it was not just a watch but rather a unique luxury jewellery timepiece by DeLaneau Watches.