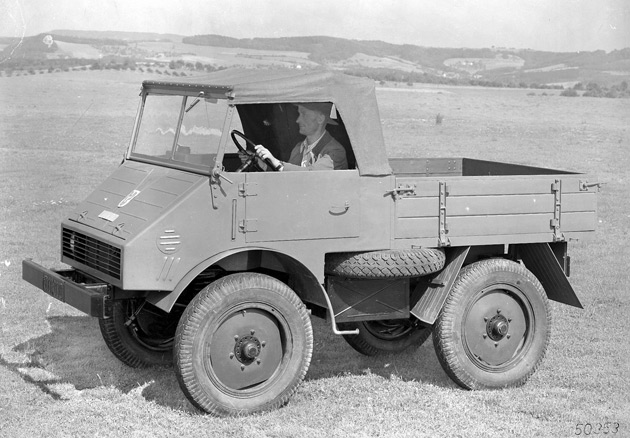 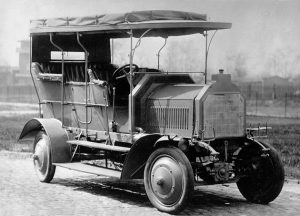 The ‘Dernburg-Wagen’ featured not only four-wheel drive but was also equipped with four-wheel steering to aid manoeuvrability.

With ground clearance of 32-centimetres and powered by a substantial 6.8-litre, four-cylinder engine developing a modest 35 hp at 800 rpm it was capable of carrying five passengers. Solid steel wheels wrapped in pneumatic tyres helped protect the drum brakes from debris.

Today Mercedes-Benz UK offers a total of four road car variants including the recently launched GL-Class, two van lines as well as the Canter and Zetros and the mighty Unimog, all equipped with sophisticated four-wheel drive systems.

The applications of four-wheel drive have come a long way since 1907. In 1947 the ‘Universalmotorgerat’ (Universal Motor Vehicle) or Unimog was unveiled in Germany. Then, as it is to this day, the Unimog was fitted with four wheels of equal size, four-wheel drive with front and rear differential locks and axles optimised for off-road use. While the engines and four-wheel drive systems are now more advanced, the original virtues of immense strength, durability and go-anywhere ability remain. 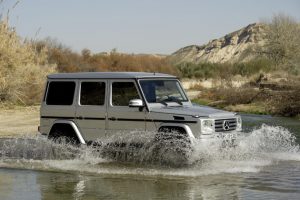 In 1972 development of what would become the G-Class began with production following in 1979. Contrary to popular belief, it was not designed for military purposes – instead it was aimed as a robust commercial vehicle with incredible off-road ability. With a climbing ability of up to 80 per cent, a tilt angle of up to 54 per cent and 21-centimetre ground clearance, the G-Class lived up to its design objectives. As with the Unimog, the G-Class remains faithful to its original formula some 33 years on – today it’s fitted with permanent all-wheel drive, fully engageable differential locks, four-wheel Electronic Traction System (4ETS) and a low-range gear reduction.

Mercedes-Benz has since broadened and refined the range of vehicles it offers with four-wheel drive. From the 4MATIC passenger cars first introduced in 1985 to the M-Class which started production in 1997 at the Tuscaloosa production facility in Alabama. By 2009 the millionth M-Class had been produced – with a further 500,000 vehicles being added to that total today, including the R-Class and GL-Class built at the same location.

Both the M-Class and GL-Class are available with locking differentials to ensure they remain highly adept in off-road conditions.

Commercial vehicles also benefit from four-wheel drive, with examples of the Vario and Sprinter capable of being specified with the system as well as the Canter and Zetros

This commitment to four-wheel drive systems will be sustained in the future by the announcement that the new A 45 AMG will be fitted with a specially developed all-wheel drive system to ensure maximum traction regardless of road conditions. 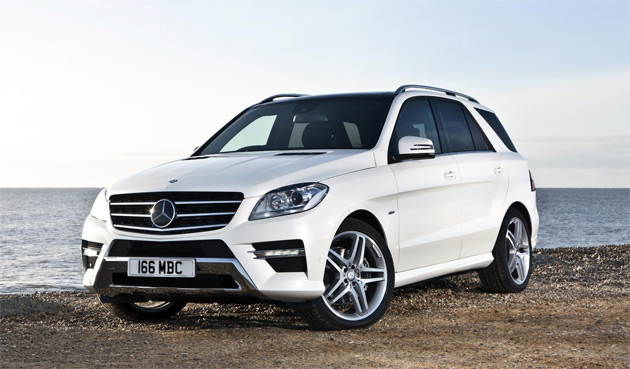