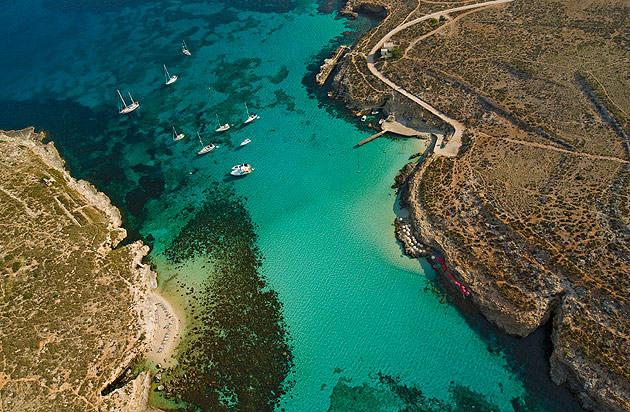 Before you go in the water there are some basic underwater skills to master. These range from equipment checks with our dive buddies, to underwater communication with each other, all of which are key to your safety and improving your diving. Both mentally and physically, I rehearsed the hand signals to say I was OK or wanted to surface. With the regulator your mouth and speech not a realistic option, it is important to get these signals spot on.

When you’re finally released from the classroom you’re eager to get into the sea. But there is a lot of faffing around before you get in. You have to assemble tanks, don wetsuits and a buoyancy compensation device or BCD. The last thing you need to put on are the mask and your fins. Just try clumsily wading in with them on. Your first task is to put your regulator on and sit on the ocean floor, breathing in and out. I discover that I’m not entirely comfortable with this concept of breathing under water but Clive is supportive and offers to hold my hand as I get used to this.

The group has to learn everything from breathing off our buddy‘s alternate air source, to underwater communication via hand signals and clearing a mask. Believe it or not a good mouthful of spit makes an excellent mask cleaner – a task which clearly can’t be repeated under water. This is the bit that scares me the most having just about gotten my head around breathing under the water.

Clive says the aim of a dive is to become neutrally buoyant. But if you lack co-ordination, and your weight belt is uneven, you can find yourself rolling down the slope of the ocean floor and back to square one. Clive on the other hand can float yoga-style in complete serenity. He held the poses really well and seemed at peace with himself as others watched on. Did I manage a pose? Not a chance. I can’t even do a good pose on land!

Diving has become such an open sport and with the population getting progressively wetter, so does their appetite for exploring more marine life. Malta is home to a number of wrecks sunk deliberately for divers. The tugnoat MV Rozi is probably the most well known but there is also the tanker the Um El Faroud, two patrol boats- the P29 and P31 and a host of others to suit divers of all levels. The group had a chance to look at HMS Maori, a tribal class destroyer sunk in 1942 while moored in Grand Harbour Valletta.

And for those wanting a mixture or land and marine life from their holiday, there is plenty to do in Malta. The Maltese are a friendly bunch and welcome tourists with open arms. The British are made particularly welcome due to the joint history. Malta was British territory from 1814 to 1964 and the citizens were awarded the George Cross for their heroic efforts during the two-year siege in the Second World War.

A visit to Malta’s capital city Valletta is a must. A leisurely stroll around this baroque city  and you can admire the auberges, palaces, churches and open air-market. Another way to see the city, and give your legs a rest, is on ‘dghajsa’ – a typical Maltese gondola shaped boat, used at the harbour to ferry sailors and seamen ashore. This is the best way to Malta’s famous Three Cities. These small cities go by the names of Cospicua, Senglea and Vittoriosa. They are popularly known as the three Cities, a term which was first used during the French occupation, when Napoleon decreed that Malta was to be divided into a number of administrative units.   We all know that a good bit of sightseeing commands energy so it’s good to get some good food inside you. Maltese cuisine.

I can highly recommend Giuseppi’s Wine Bar in Mellieha. Despite its name this is a traditional Maltese restaurant with a homely décor of warm earthly coloured walls, various nic-nacs hanging on them and mismatched wooden chairs and tables. The food is equally creative with dishes like a coffee rub peppered tuna, a rabbit cooked in chocolate sauce or a de-boned quail stuffed with foie gras to name a few.

We stayed at the all-inclusive Seabank Hotel.  For information on diving both in the UK and Malta, visit www.bsac.com/findaclub and www.maltaqua.com