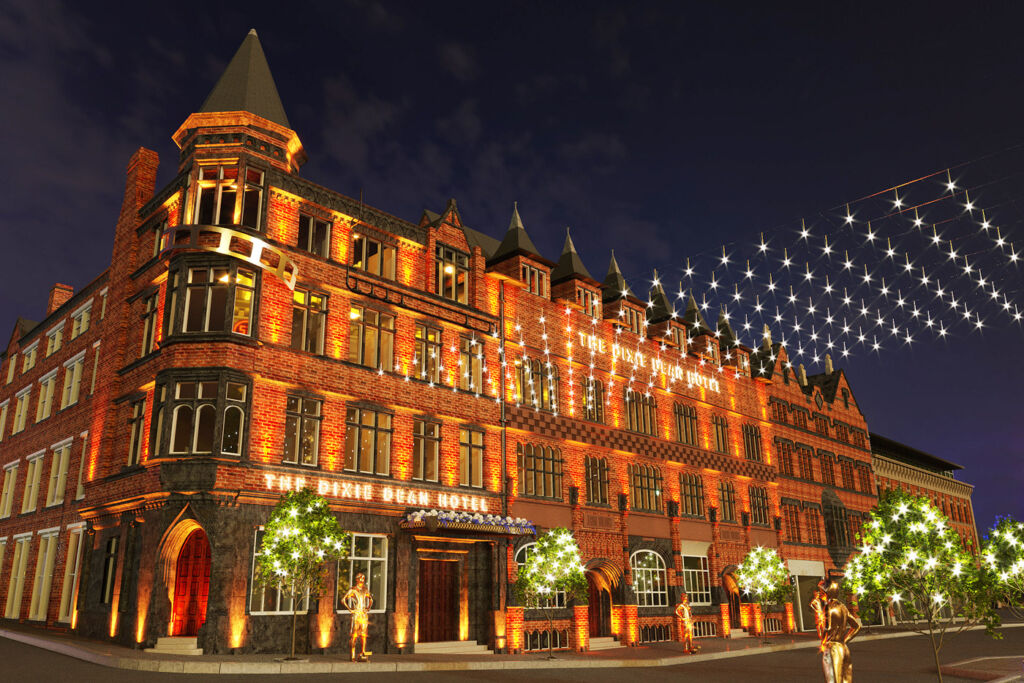 Hotel operator Signature Living is adding to Liverpool’s vibrant hospitality sector by opening the £10m Dixie Dean Hotel and the No.9 restaurant and bar.

Dixie Dean is a football player who over many decades is still regarded as the greatest of all goalscorers plying his trade when British football prowess wasn’t just feared throughout Europe but the entire world.

He is one of the most iconic names in British Football and is used as a yardstick for both aspiring and professional players today. But, is this all about to change? Is the name Dixie Dean now going to also become a byword for luxury? If Liverpool-based Signature Living has their way, it undoubtedly will.

On the 12th of July 2019, Signature Living will open the doors to the ‘Dixie Dean’ hotel in Liverpool. They already have a portfolio of 10 hotels – including the award-winning 30 James Street and the Shankly Hotel in Liverpool so expectations are high for the Dixie Dean. 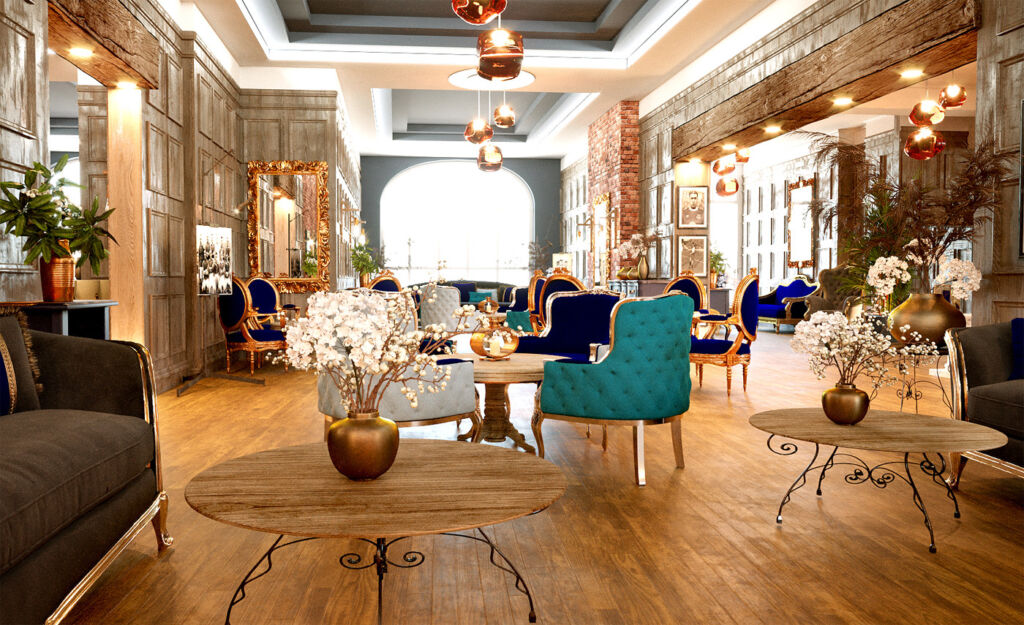 Lawrence Kenwright, the Chairman of Signature Living said; “I am thrilled and delighted that we will get to open the doors to the Dixie Dean on the 12th July. As a true Evertonian, it is a particularly proud moment for myself and Katie to celebrate the life of Everton’s greatest goalscorer of all time. Once again we have breathed new life into one of Liverpool’s listed buildings to create a hotel that celebrates the footballing life of an icon and a legend.

Our goal was always to build two iconic hotels that would represent the two greatest football teams in English football and to leave a lasting legacy to Everton and Liverpool football clubs. There is no country in the world that has two iconic hotels, side by side celebrating the rich history of their football teams and city with two revered footballing icons 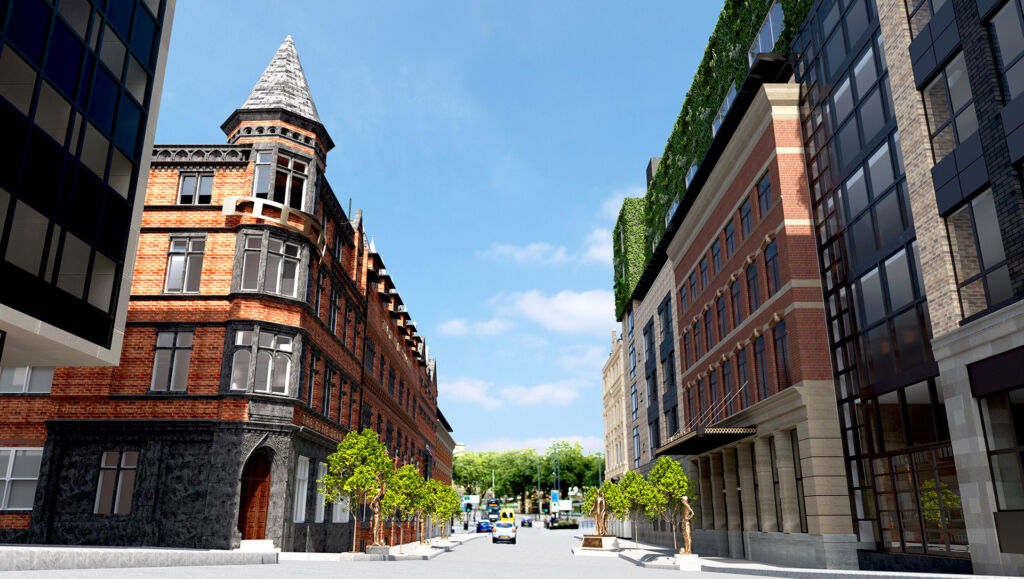 What made this even more unique – was not only the locations of each hotel being across the road from each other – but that we had the full support and blessing of Dixie’s family, without that we would not have been able to do justice to the project. There is no better person than Melanie as our Guest Relations Director. She adds real gravitas to the hotel, she is passionate about Everton and passionate about continuing the legacy of her Grandad.”

There are some very obvious reasons why Liverpool is the perfect location for the hotel. Firstly, the North-West of England is one of the most buoyant regions in the UK and is why the UK property market is doing far better than expected given the current political climate. Also, Liverpool is one of the top five cities to visit in Britain, welcoming 64 million people each year. 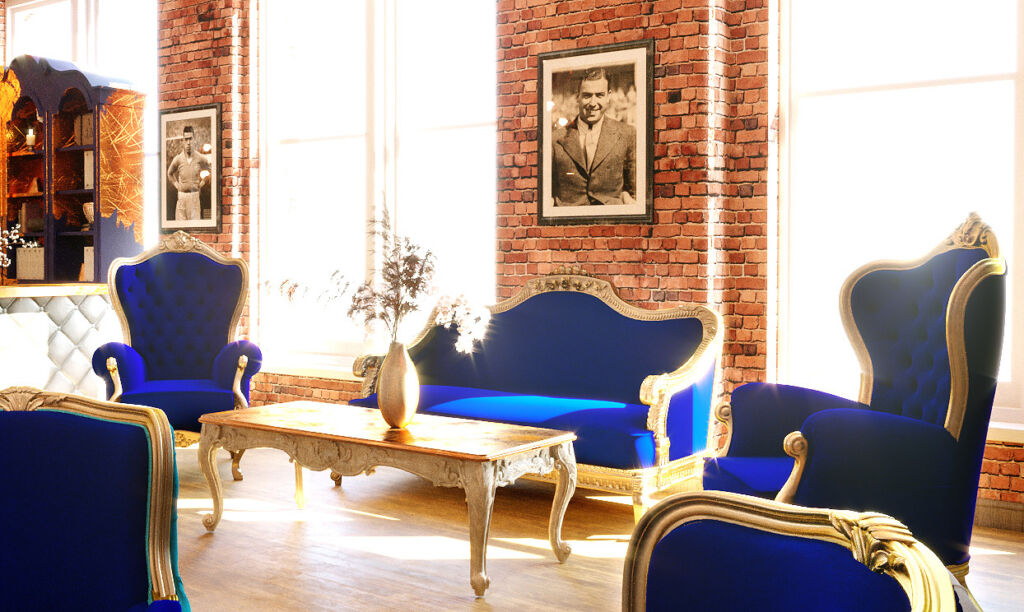 However, the main reason has to be Dixie Dean’s legendary football exploits inextricably linked to the city. Like it’s close neighbour Manchester, when it comes to football, you’re either a red or a blue and Birkenhead-born Dixie Dean is undoubtedly the most famous of all the blues. It was while wearing the famous blue No’9 shirt at Everton FC and almost 100 years ago, Dixie scored an incredible 60 goals in a season, a British Record and one that is unlikely to ever be matched or exceeded.

The people behind the hotel
The hotel is a joint venture between Lawrence and Katie Kenwright’s Signature Living Hotel Group and the family of Dixie Dean; including his daughter Barbara Dean and Granddaughter Melanie Prentice.

About the Dixie Dean Hotel
The hotel has 100 bedrooms and is a modern luxurious boutique style hotel embracing the iconic past and Grandeur of the Grade II listed Gothic Jerome & Carlisle building. With nods and cues to Dean’s prolific and historic career as Everton and England’s greatest goalscorer. 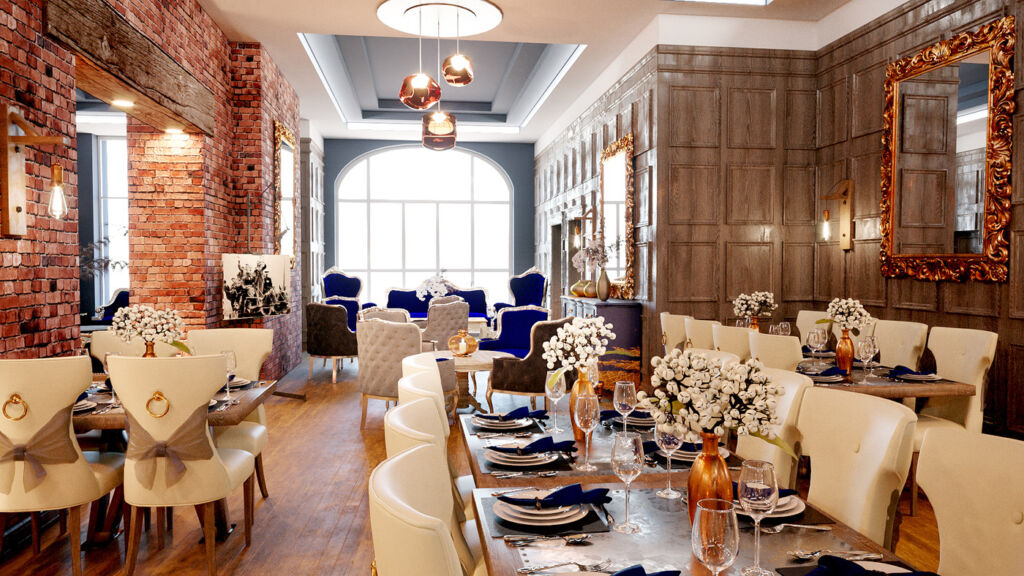 It features a 160 cover restaurant aptly named “No.9” after the shirt that Dean wore whilst at Everton. “No.9” offers an extensive menu which includes unlimited breakfast buffet, afternoon teas, lunch menu and a la carte menu for the evening. “No.9” will also stock premium spirits, a selection of wines and an extensive themed cocktail menu.

The interior retains the original full-length windows of the listed building which ensures optimum light and air into the building. The bar and restaurant areas have a rustic industrial feel with original beams, wooden panelling and brickwork retained in a nod to its Gothic architecture.