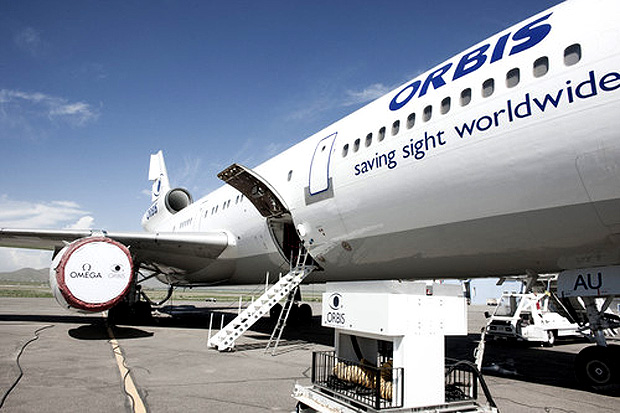 Omega has co-produced a film with ORBIS International called Through Their Eyes. It documents Daniel Craig’s visit to Mongolia with the Orbis team of medical professionals.

Craig visited the Flying Eye Hospital to witness – first hand – the work these dedicated volunteers are doing. His experience was chronicled in the 26-minute hour film as he toured the plane and met patients whose lives had been touched by this unique organization. 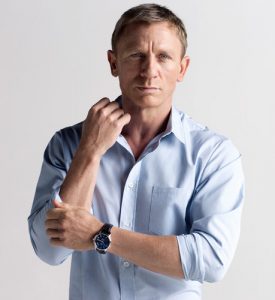 While there, Craig witnessed the life-changing eye operations performed aboard the Flying Eye Hospital on the runway of the airport at the Mongolian capital of Ulan Bator. The film reveals the dramatic contrasts in Mongolia, alternating images of men and women on horses galloping across the Steppes with those of motorcyclists negotiating the crowded streets of Ulan Bator. The most compelling stories, though, are those of families’ emotional relief when a child’s eyesight has been restored or the gratitude expressed by a Mongolian nurse to the Orbis team that has trained her and her colleagues to extend treatment to their communities.

Since it was founded in 1982, Orbis has carried out programs in 88 countries to provide medical training, tools and technology for local partners to address the tragedy of avoidable blindness in their communities. As a result of Orbis’ support, more than 12 million individuals have received medical care and more than a quarter of a million eye care professionals have been trained.

The film will be broadcast on National Geographic Channel starting this month.  It will also be available on Omega’s website starting in April.

Omega has created a special watch – the Hour Vision Blue –to celebrate the partnership, and has guaranteed that at least one million U.S. dollars from its sale will be donated to Orbis International in support of its remarkable work.