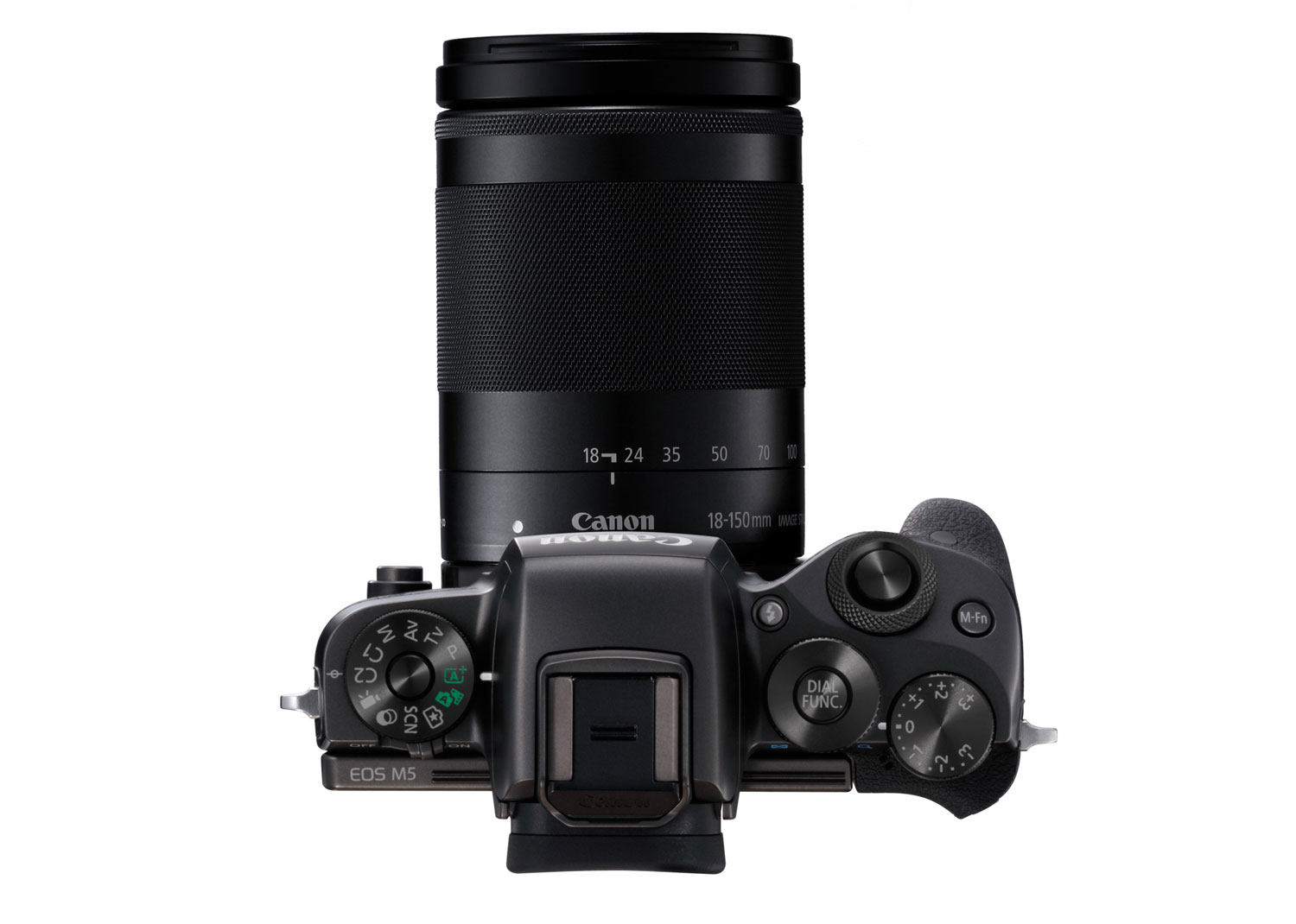 Poise and Performance
One of its strongest points is colour capture accuracy; the M5 uses Canon’s proprietary image processor (called the DIGIC 7) for clean, detailed images, with richer colour tones that are rendered with aplomb.

Fast, pro-level AF includes clever subject tracking that can quickly lock onto subjects – in both movies and stills – for “professional” level shooting no matter what your journey throws at you.

Other clever tricks worth noting include the sensor technology that uses ‘gapless micro lenses’. Baffled? Worry not… It simply means that (as with all digital cameras sensors), each of the M5’s pixels has a tiny micro lens over it.

But, what’s different on the M5’s sensor is its micro lenses do not have gaps between them, helping maximise the sensor area. This, in turn, increases each pixel’s light gathering power, reducing the camera’s susceptibility to digital image noise and all that equals better image quality. 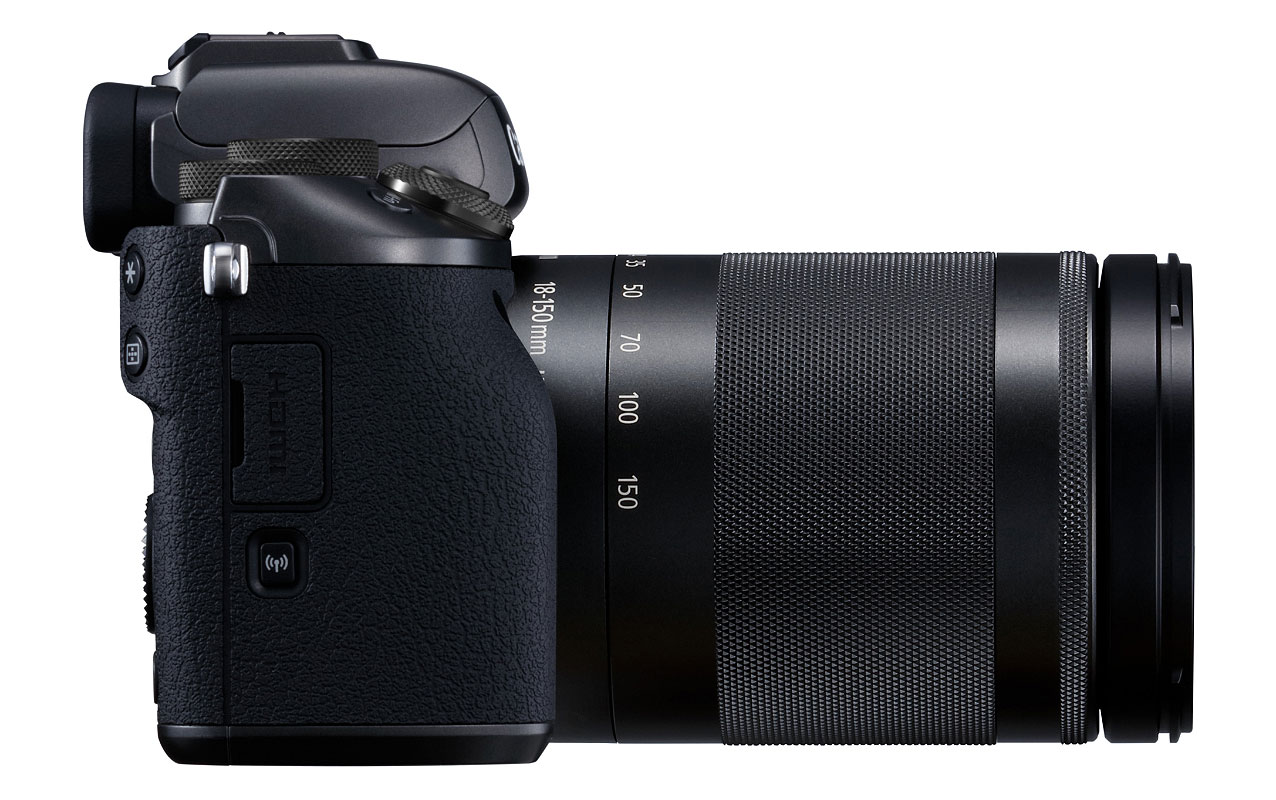 No Lightweight in Low Light
The M5 can shoot is very low light too, with an impressive sensitivity range – its ISO – up to a massive ISO 25,600 making natural light photography, even in near darkness, achievable.

The camera’s fast start up time of one second means snappy response times for subjects such as animals on the move or high-speed sporting events, so the M5 can be ready and start shooting very quickly. Add in continuous shooting at up to nine frames per second and you’ll be hard pressed to miss – as Cartier Bresson famously said – the “decisive moment”.

The EOS M5 has a built-in 5-axis image stabilisation system that is active for stills and shooting Full HD movies, so shots stay steady even when you don’t.

Designed For Flexibility
The inbuilt, large electronic viewfinder is centrally placed giving DSLR–like pro’ handling and combined with the large LCD touch screen; every setting can be reached at the touch of the display, for ease of control. Adding greater versatility still is the M5 is compatible with over 80 of Canon’s “normal DSLR EF lenses, via a Mount Adapter called the EF-EOS M and without affecting optical performance. 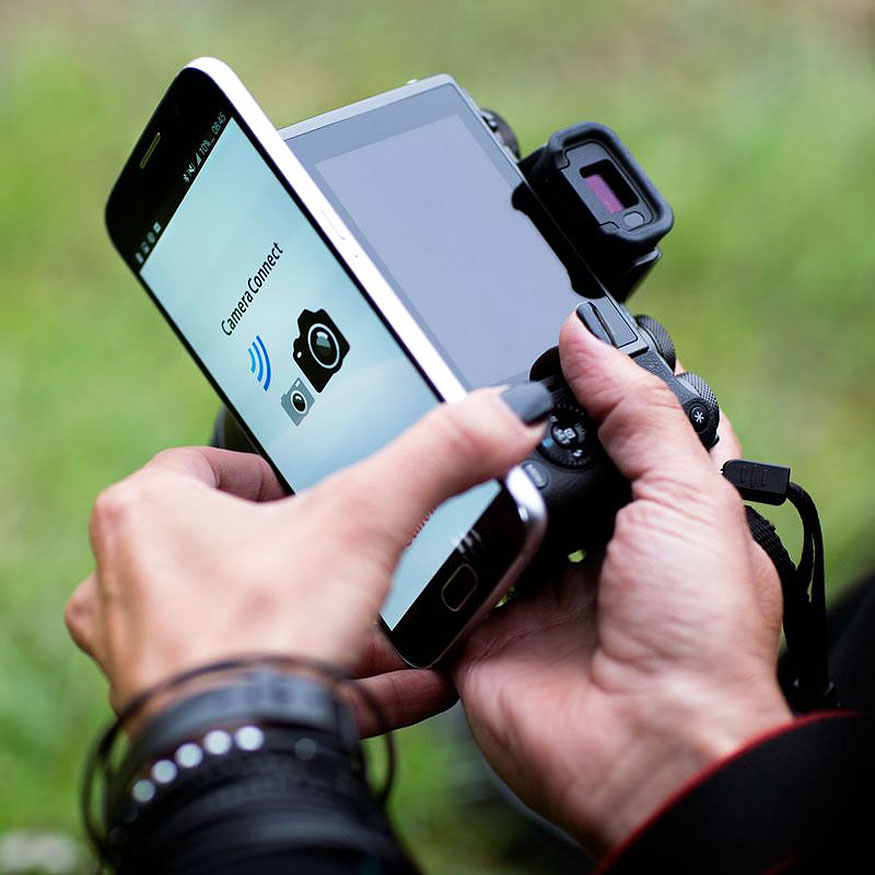 Connectivity is flexible too and the M5 has built-in Wi-Fi and NFC and Bluetooth, for a constant connection between your smartphone and camera for example. Your smartphone adds, even more, functionality to the camera as a remote viewfinder, to transfer images without taking the camera out of your bag; you can shift seamlessly to Wi-Fi as – or if – needed too. Your smartphone can also be used a simple low-power remote control, ideal for capturing scenes that require a fast shutter release, such as wildlife, or for those all important selfie images.