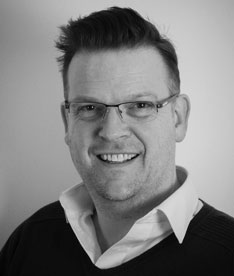 Doug has had an interest in photography since the age of 10, where his father (also a keen snapper) would take him out with camera in hand to shoot local scenes. After school, he gained a diploma in printing at Heidelberg in Germany and also had military experience in the British Army as an infantryman.

He retrained as a journalist at the London School of Journalism (then housed at the old Elephant and Castle London College of Printing, attaining a Certificate in Periodical Journalism.

Doug has had over 28 year’s experience as a journalist, author, photographer, and digital camera and technology tester. He is the author of the UK’s No1 and best-selling The Digital Photography Handbook, now in it’s sixth fully updated edition and has sold over 1.5-million copies worldwide in 19 languages.

He’s also authored a pocket guide to better camera phone photography called Snap It!, and was a technical advisor to John Freeman on the Digital SLR Handbook.

Please ensure that you complete all of the required fields to enable us to process your enquiry as fast as possible. Telephone number and address and be found below this form.
Search Luxurious Magazine
In-house Adventures & Articles