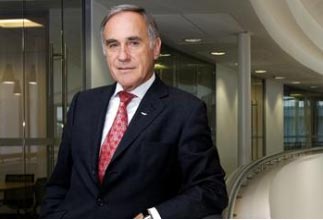 Dr Ulrich Bez is the chief executive of Aston Martin and joined the company in 2000, ushering in the company’s modern era and overseeing its evolution from a low volume, small scale operation to a world-renowned manufacturer of elegant, high performance road and racing cars.

Dr. Bez, with more than 35 years experience in the motor industry, is one of the world’s foremost and innovative automotive engineers and strategists with worldwide experience of the design and manufacture of cars.

Since joining Aston Martin he has led the regeneration of the marque with new facilities including a new global headquarters, Aston Martin’s first ever dedicated Design Studio, 125 dealers worldwide, new corporate identity, return to competitive motorsport and the introduction of more than 20 new models receiving numerous accolades worldwide. Aston Martin was also voted the UK’s coolest brand for three consecutive years – 2006, 2007, 2008 by the CoolBrands council.

Ulrich Bez was born at Bad Cannstatt in Germany, has a Doctorate in Engineering from the University of Berlin and is the author of more than 40 scientific publications on subjects related to Passive Safety, Aerodynamics, Material and Design.

Previously he has been responsible for product design and development at Porsche, BMW and Daewoo. Prior to joining Aston Martin he was a business adviser to Ford Motor Company in the United States.

He was the recipient of an NHTSA Safety Award in 1982 for his research into side impact protection and aluminium structures.

Independently owned since 2007, Aston Martin manufactures a range of high performance sports cars at its state-of-the-art facility in Gaydon, Warwickshire, including the DBS, V12 Vantage, DB9 and V8 Vantage. 2010 will see the introduction of the elegant Aston Martin Rapide, a four-door sports car, and the One-77, the fastest and most advanced road car ever built by the company – Aston Martin’s definitive sports car.

He is an extremely skilled test and development driver with wide experience of racing and sports cars. His hobbies include a broad range of sports – skiing, tennis, mountain biking and clay pigeon shooting.