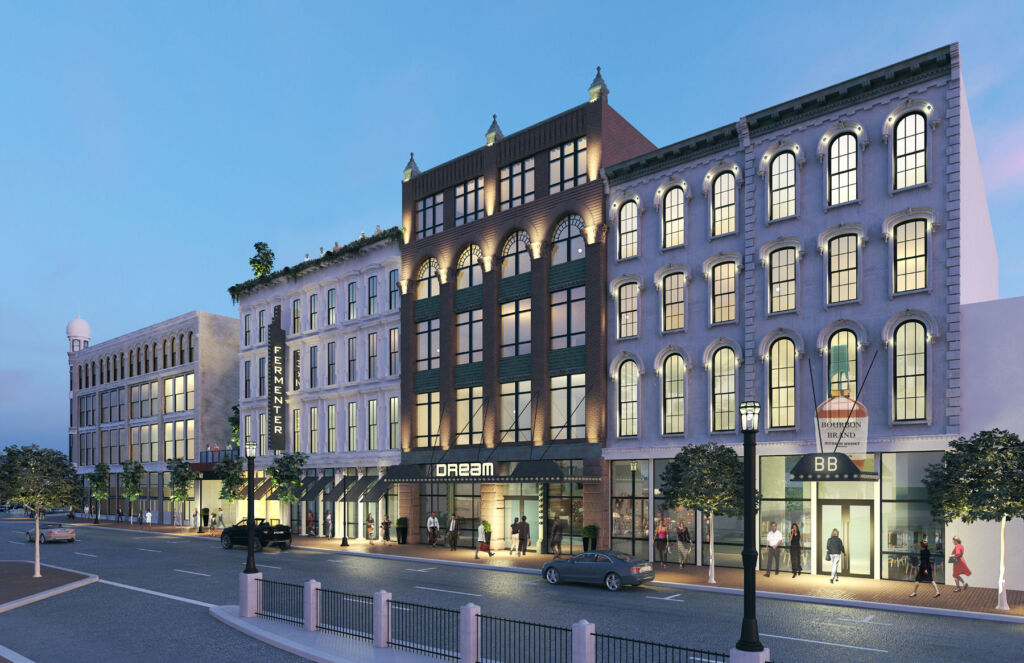 The Dream Hotel Group has announced plans to move forward with constructing its 168-key Dream Louisville property which will now be opening in 2025.

During a meeting on Wednesday, March 30, Louisville’s West Main Street Architectural Review Committee unanimously approved a request to demolish portions of the Main Street buildings while preserving nearly 60 feet of the original buildings and the historic facades for the planned hotel. The hotel’s food and beverage spaces will also feature the structure’s existing brick walls among newly designed interiors.

Led by Alex Marks, owner of Royal Investments, LLC, Dream Louisville is the second Dream Hotel location for the developer, following the successful launch of Dream Nashville in 2019.

“The Dream Louisville hotel is an exciting project that will add much-needed rooms in our downtown, as Bourbonism continues to bring millions of visitors to our doors each year and drive the rapid growth of our hospitality industry,” said Louisville Mayor Greg Fischer. “Thank you to the partners at Dream Hotel Group and Royal Investments for their vision and commitment to Louisville.”

“This is a great day for the Dream Louisville team. We are thrilled with the results of last night’s committee vote to move forward,” remarked developer Alex Marks. “However, the cost to construct the project must still fit within a budget, and these changes to save more of the buildings substantially added to that cost. We will continue working with the city of Louisville and the state of Kentucky on potential incentives to help offset the costs and to keep the project moving.”

Dream Hotel Group CEO Jay Stein added: “Louisville is one of the fastest-growing markets in the country, and today’s announcement marks a critical and exciting step in the future development of Dream Louisville. This location marks an incredible addition to our growing portfolio, and we are proud to play a role in creating what will be one of the most spectacular rehabilitations in Bourbon City.”

Construction on the development is expected to begin in late 2022, with the grand opening of Dream Louisville slated for early 2025.