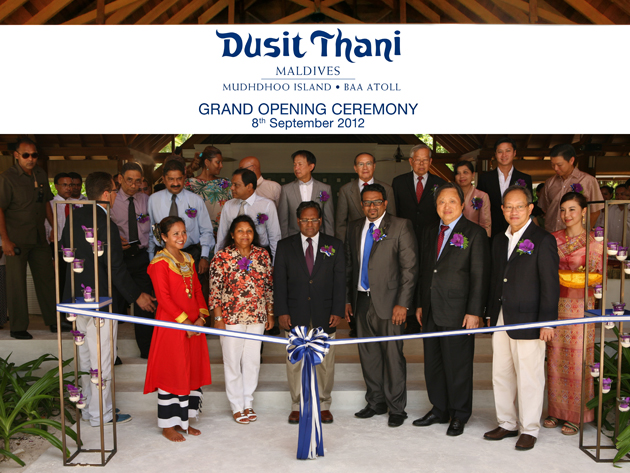 On the 8th September 2012, Dusit International celebrated the grand opening of its flagship resort, the Dusit Thani Maldives, in a ceremony that saw His Excellency Dr Mohamed Waheed Hassan Manik, the President of the Republic of Maldives, and First Lady, Madam Illham Hussain, as the guests of honour.

Also in attendance was the honourable Ahmed Adeeb Abdul Ghafoor, the Minister of Tourism, Arts and Culture.

Dusit International CEO, Chanin Donavanik, and Chatri Sophonpanich, Chairman of Dusit Thani Public Company Limited along with the board of directors of DMS Property Investment Private Limited, were also on hand  to mark this milestone. 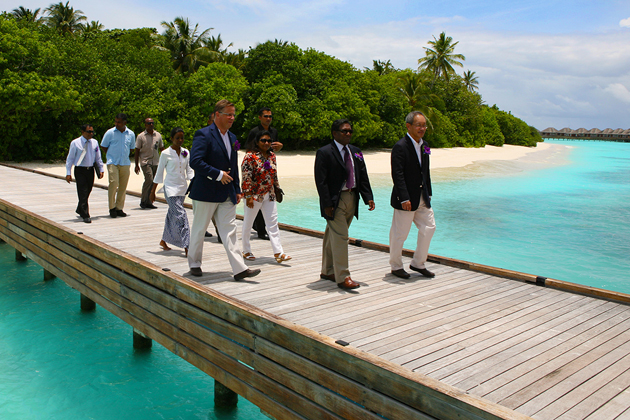 His Excellency, Dr Mohamed Waheed Hassan Manik, in his opening remarks, commented on the deep commitement that Dusit International has made to his country, “The Republic of the Maldives will not only benefit from economic gains and job creation as a result of Dusit International’s investment, but equally, if not more important, is the legacy afforded by the education opportunities that Dusit International will introduce to this country.”  H.E. Dr Mohammed Waheed Hassan Manik continued, “the group has created a blue print to develop their well established and highly successful hospitality college in the Maldives.”

Mr. Donavanik reflected on the long history of the company and the vision of  Thanpuying Chanut Piyaoui, founder of Dusit International, who opened the first Dusit Thani College in 1993. Furthermore he confirmed that Dusit Thani College is in the process of being established in the Maldives. 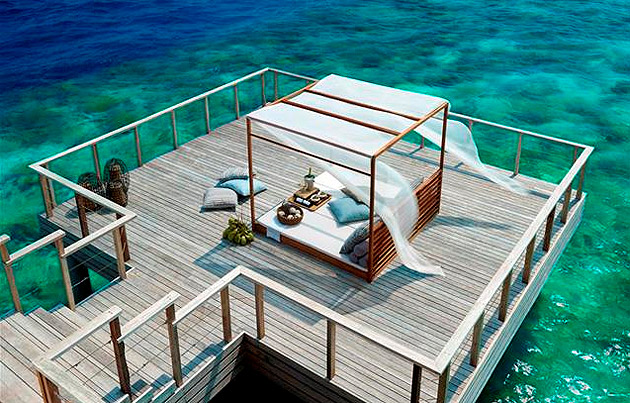 Located on Mudhdhoo Island in Baa Atoll, Dusit Thani Maldives is just 35 minutes by seaplane from the capital Malé and only 10 minutes by speed boat from the new domestic airport opening in late 2012. It is also just a short boat ride away from Hanifaru Huraa, the UNESCO World Biosphere Reserve.

General Manager, Desmond Hatton commented, “It is a natural environment that has inspired and motivated the design of Dusit Thani Maldives to ensure that it co-exists in harmony with the magnificent Maldivian biodiversity. We are also doing everything we can here to set standards for sustainability. Our entire operation is geared toward achieving a carbon-neutral programme using pioneering, green energy solutions.” 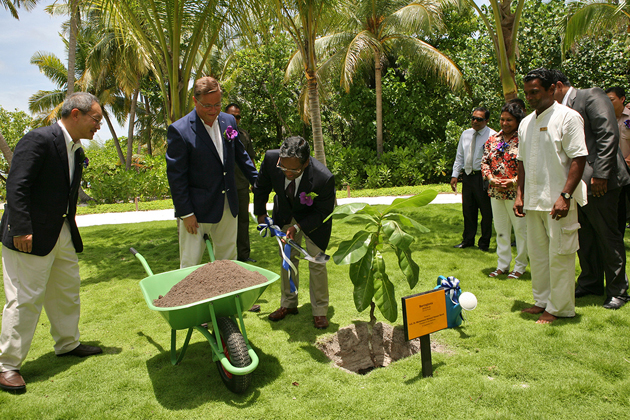