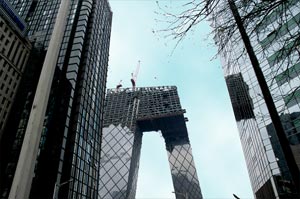 The huge increase in Chinese billionaires is leading a new rise in the Worlds wealthy
By Stephen Wall
Taking the world’s wealthy as one community, the collective wealth of high-net-worth individuals (HNWIs) shot back up last year by 22% as investment markets rebounded, confidence returned and opportunities resurfaced.

Wealth creates wealth – for those already in the game, the good times were back. Very few needed to work too hard to see their numbers rise again. Our Wealth Distribution Model confirms that the big story is the money now sitting in Asia Pacific – $11tn. While still third behind North America ($13tn) and Europe ($11tn), it is fast catching up and contains two of the world’s four largest wealth markets – Japan ($4tn) and China ($2tn).

Bar a huge economic crisis nobody is predicting, it will snatch second spot from Europe by the end of the year. North America – and the world lead – is in its sights.
The market to watch in the Asia-Pacific region is China. One key metric is the huge rise in billionaires – up 140% over the year.

According to Forbes, China was the 35th ranked country by number of billionaires in 2005. By 2010, it was second. China may eclipse the US in billionaire numbers before Asia Pacific overtakes North America. That growth may be strengthened by the range of wealth sources driving economic growth.

China will see more entering the billionaires’ club, backed by a steadier pool of money that is less at risk from dramatic gains and falls than that in Russia, for example, with its volatile commodity markets. Other markets aren’t out of the global game, however, with more to the wealth story than just Asia Pacific. North America remains centre stage, but there is wealth to be made in Brazil, Australia, the Gulf states and, boring though it may be, old Europe.