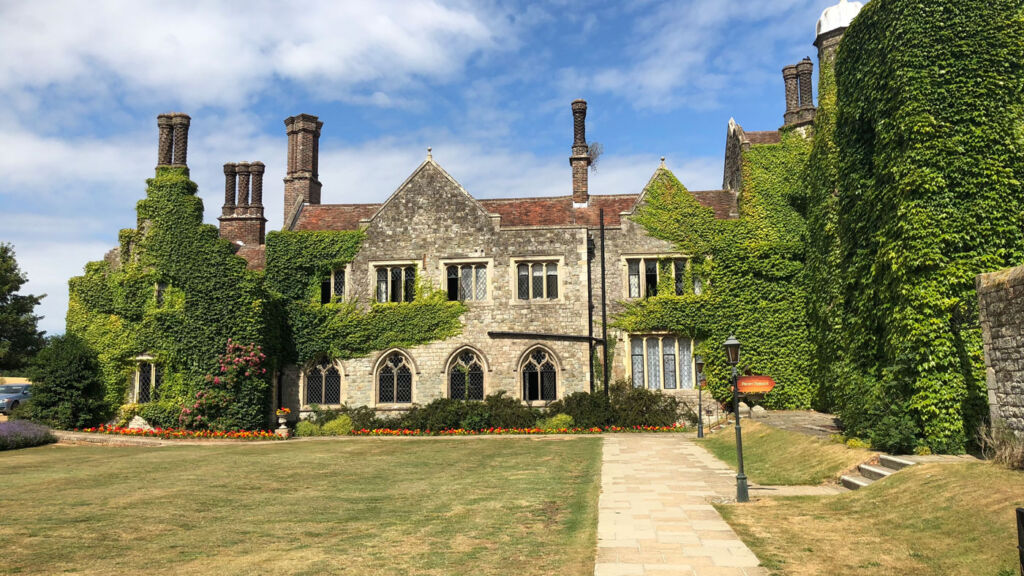 Jeremy Webb heads to the ‘Garden of England’ to explore and experience Eastwell Manor Hotel.

Eastwell Manor Hotel in Kent is part of the Champneys group where the spa experience is very important. As such the hotel is used a lot of daybreaks and single overnight stays. 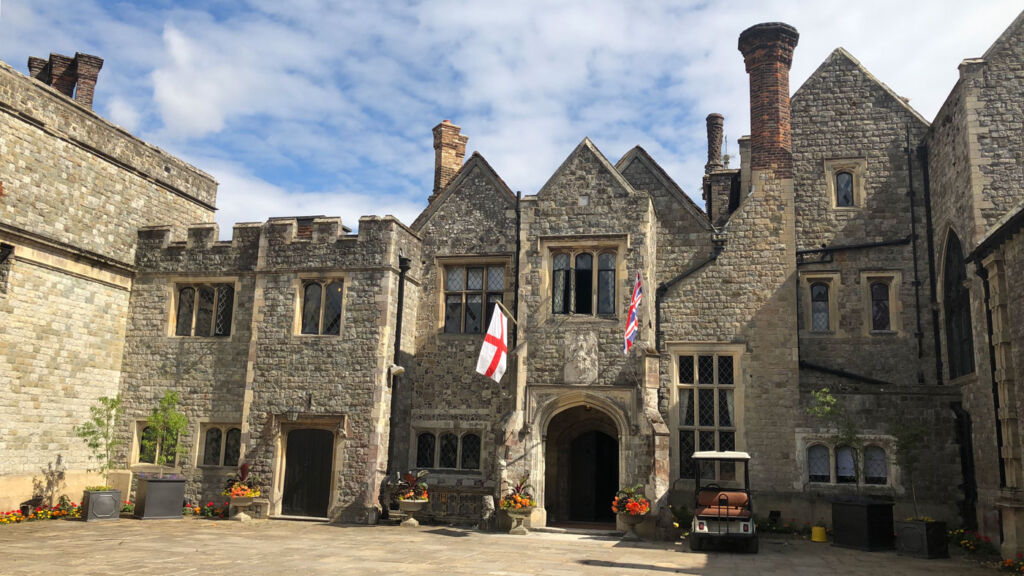 I drove up the long driveway and found myself in a scene from the Darling Buds of May, with beautiful farmland as far as the eye could see. Then I gazed upon the manor house which is absolutely stunning.

There has been a house on the site for over 450 years and the building has been expanded and redesigned to what you see now, a fantastic, expansive property with formal gardens to the rear that look like Hampton court palace. They contain a tennis court and large swimming pool, tastefully hidden by plants. 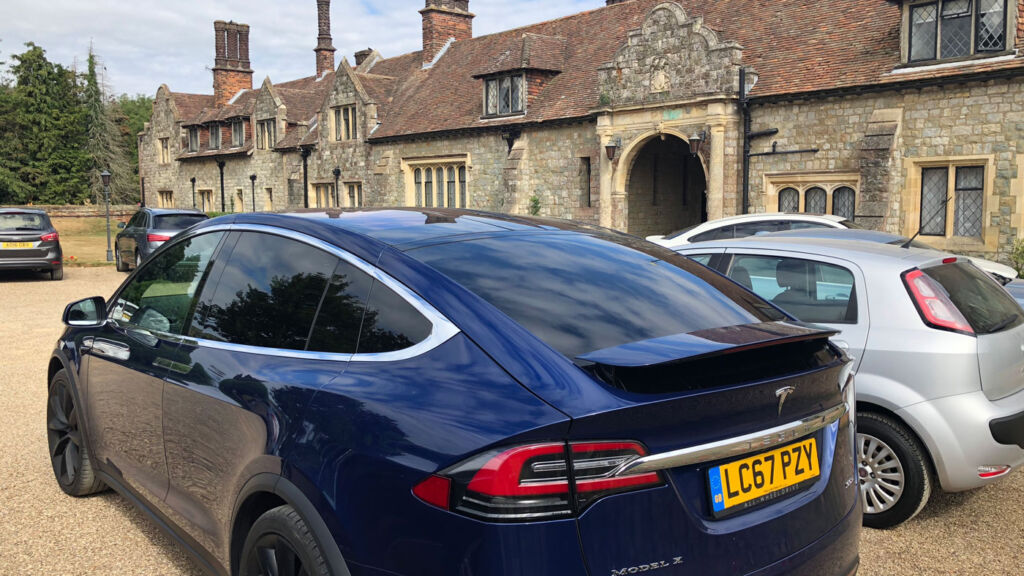 I drove the Tesla model X I had for the week to review for Luxurious, through the grand gates into the parking area. My guest and I then walked through the stone arch into the forecourt yard leading to the main door and reception.

I was greeted by Cassie, who was very professional with a superb personal touch. We were booked in quickly and Shown up to our room, titled the Earl of Northumberland. 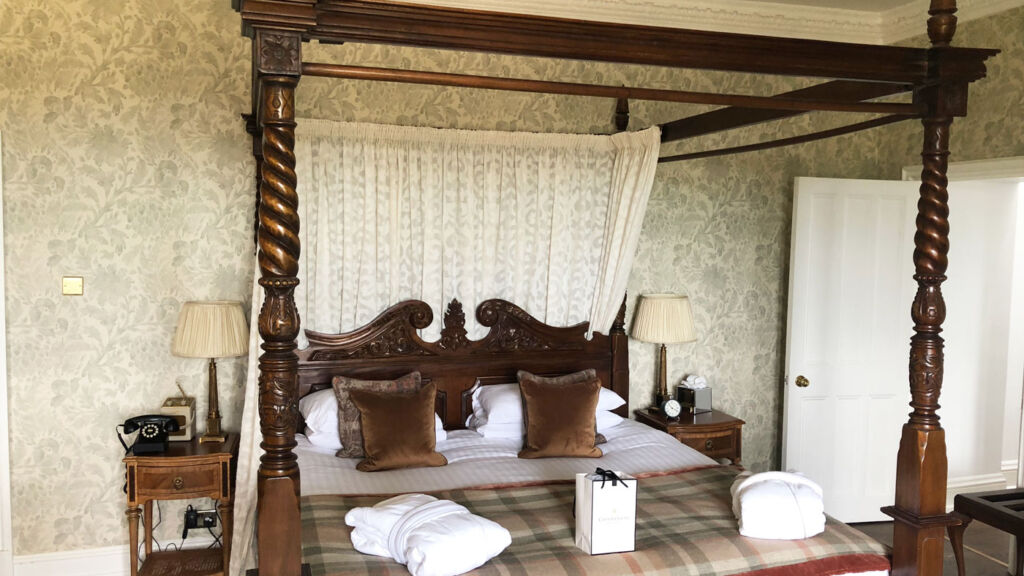 We were both in awe as we entered the suite, which was huge. A four poster bed was to one end and a couple of large sofas at the other where the TV and fridge were located. There was also a dining table in the room. Eager to look around I discovered a separate bedroom which had a bunk bed in it, with another TV. Ideal for family use.

The bathroom was large with a full-size roll top bath and walk-in shower. The fittings were luxurious as were all the Champneys products provided for guests to use.

I love history and the building has plenty of it, and I could have been sleeping in a room a Princess was born in, or Queen Victoria stayed in. The manor was owned by her second son Prince Alfred, Duke of Edinburgh, and Victoria often visited him. You can’t get any more classy than staying where a Queen has. 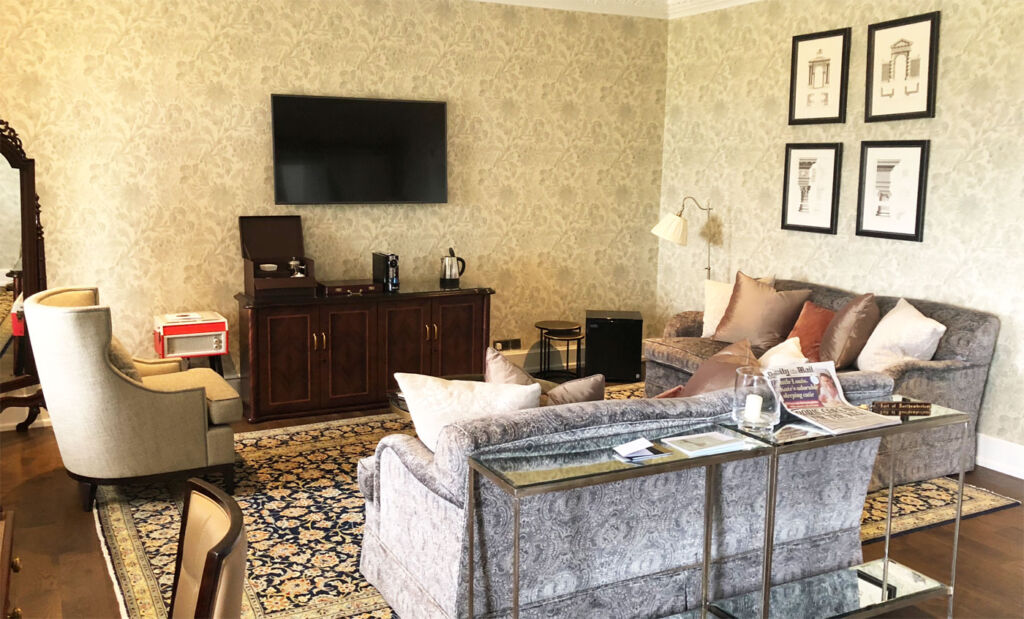 The rooms have obviously been modernised since the Victorian period but much of the interior of the manor has remained the same. Large wooden staircases and panelling remain as do the original heavy wooden doors with their plagues naming the rooms.
Champneys have invested millions into refurbishment and improvements in all areas of the building, and other facilities including the excellent spa, located in the old pavilion.

This is the first phase of improvement with a second phase starting next year.