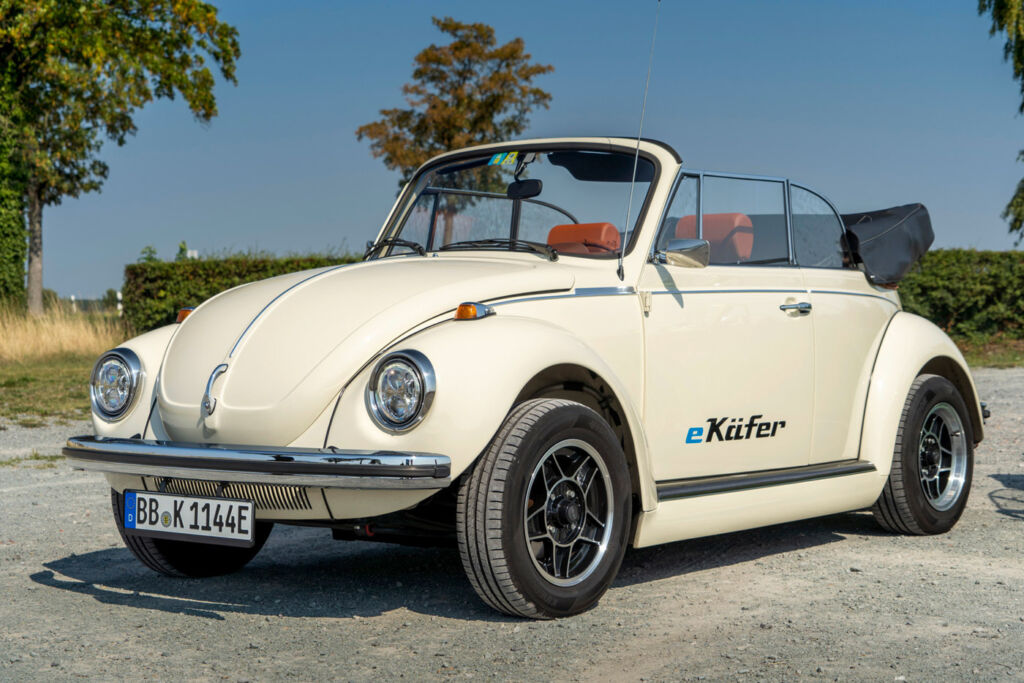 Using parts from the new VW e-up! Volkswagen Group Components and eClassics have electrified a historic Volkswagen Beetle. Is this a sign of things to come? Or, will the e-Beetle be looked upon as sacrilege by the classic car community?

Before some classic car purists reading this start to grumble, let’s hear what Thomas Schmall, Member of the Board of Management of Volkswagen Group Components has to say about the e-Beetle:

“The electrified Beetle combines the charm of our classic car with the mobility of the future. Innovative e- components from Volkswagen Group Components are under the bonnet – we work with them to electrify historically important vehicles, in what is an emotional process. We are also providing Beetle owners with a professional conversion solution, using production parts of the highest quality.” 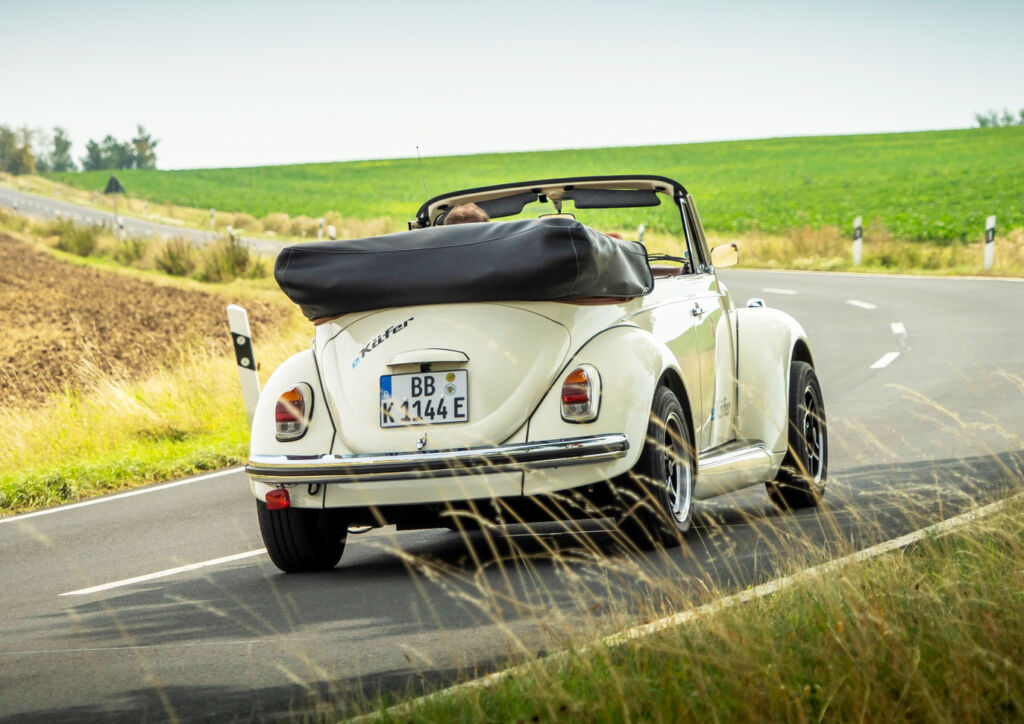 So there you have it, the e-Beetle appears to be a sign of what is to come in the eyes of the Volkswagen Group. Classic cars will be converted into electric cars. But, is this the right move at this current time and what are the wider impacts of this type of technological solution? 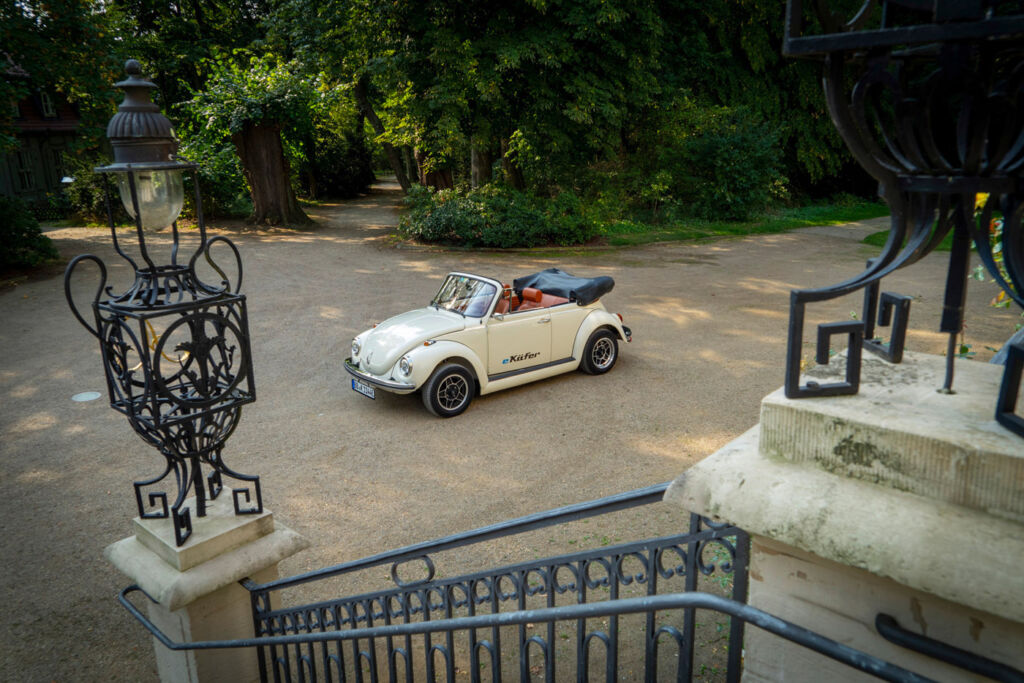 Electric power vs Hydrogen power
Recently, news media outlets have stated that the path for electrification of cars is no sure-fire bet. Hydrogen is still standing shoulder-to-shoulder with electric power with many public bodies stating hydrogen is their preference. The pessimist in me harks back to the days when it was a battle between VHS and Betamax. Although VHS won the war, it was superseded by DVDs and streaming making tape technology seem rather archaic. Personal opinions aside let us look at how the e-Beetle project came to fruition.

The parts for the Beetle conversion were courtesy of Volkswagen’s new e-up! The components were placed into the classic Beetle which resulted in performance peaks of 60°kW /82°PS. The battery system is built into the underbody and consists of up to 14 modules, each with a capacity of 2.6 kWh. Together, the lithium-ion battery modules are able to deliver energy of up to 36.8 kWh.

With the higher performance and the increased weight due to the electrification, the Beetle needed some structural work. Predominantly, the chassis and the brakes which had to be reinforced. Although the e-Beetle weighs in at a relatively hefty 1,280kg, it still manages to get to 50 km/h in under four seconds and to 80 km in about eight seconds. The top speed of the car is claimed to be around 150 km/h.

What’s the range of the e-Beetle?
With every electric car, one of the most important aspects is the range. The e-Beetle is capable of travelling up to 200 km – a comfortable distance for a relaxing day out. Should the car run out of energy, don’t panic as it is capable of fast-charging. Assuming you have a charging point close-by, you can give the car a 150 km range with just an hours charge.

Can the electric system be used on other classic vehicles?
As someone who made his name in the computer manufacturing industry in the mid-1990s, I firmly believe that electric cars will follow the same theme, i.e you can buy just the necessary parts. In my opinion, the majority of electric cars will be manufactured in Asia and sold in OEM form to anyone who wants to re-brand them as their own range. 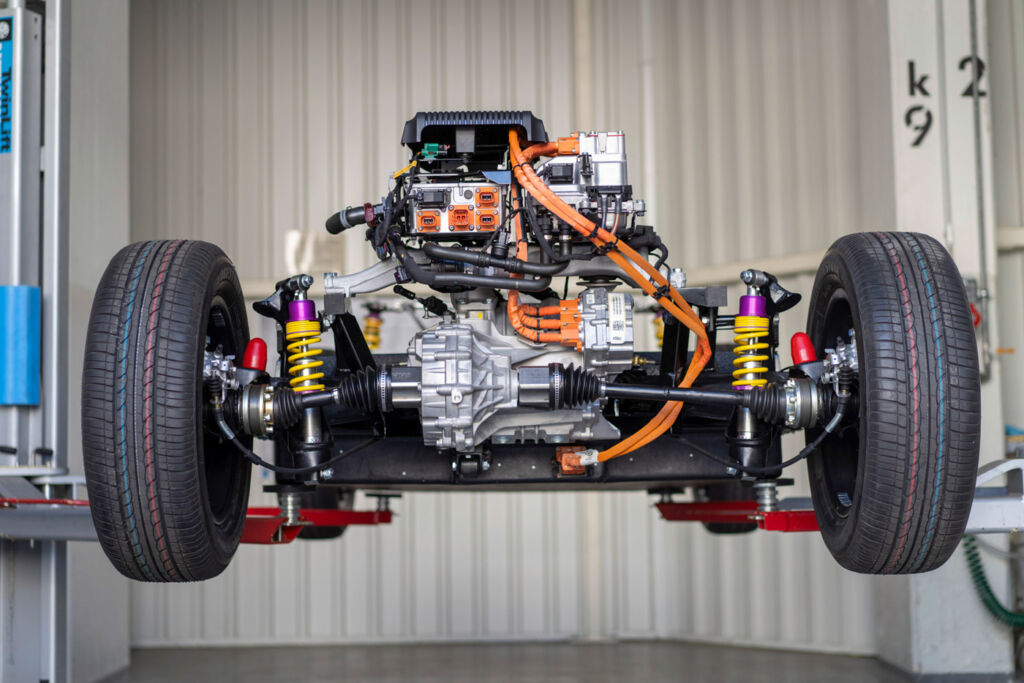 In some ways, VW’s Thomas Schmall is stating the same thing, i.e single point of manufacture, transferable to other vehicles. “We are already working together to prepare the platform for the Bus. An e-Porsche 356 could also be pursued in the future.” The use of the modular electric drive matrix (MEB) is also being considered. This creates additional opportunities regarding performance and range. 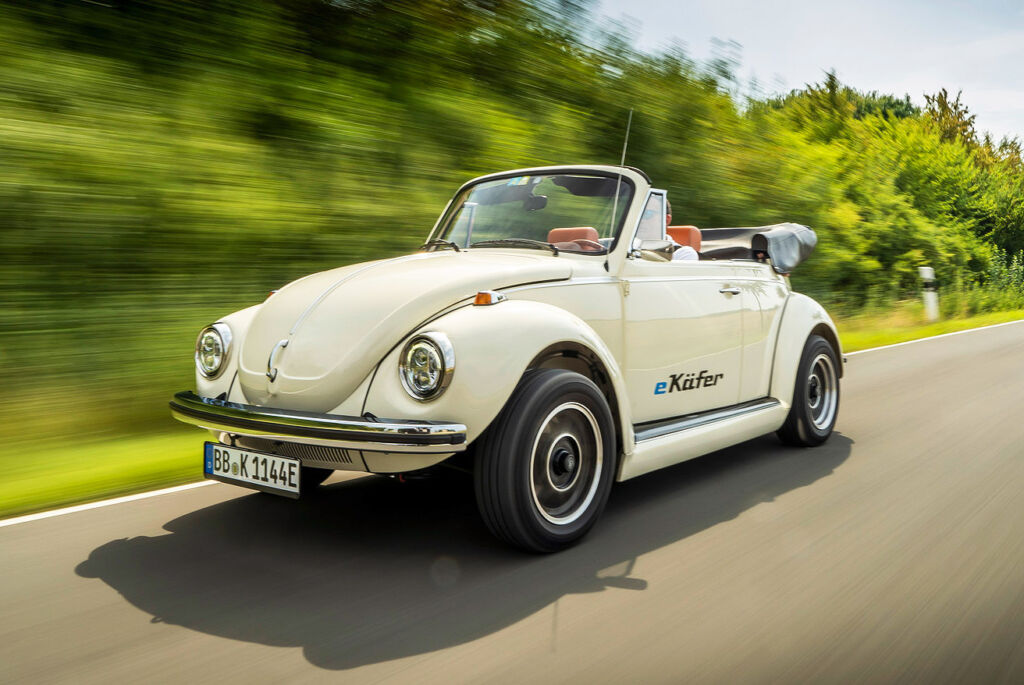 The conversion of the Beetle into the e-Beetle was performed by eClassics. “We are proud that we and Volkswagen Group Components could get the show on the road with this project. We are also looking forward to seeing many e-Beetles on the street soon,” add the two Managing Directors of eClassics GmbH & Co KG, Dennis Murschel and Martin Acevedo.

The future for classic car ownership has just become even brighter. However, there are things to consider. Namely, whether classic car owners are prepared to take a technological risk and what will be the impact on the value of the car post-conversion?

For more information on the e-Beetle

To read more information on Volkswagen’s electrification of their Beetles, click here.