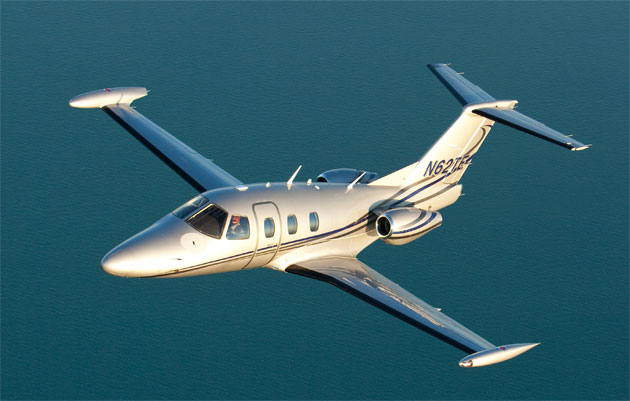 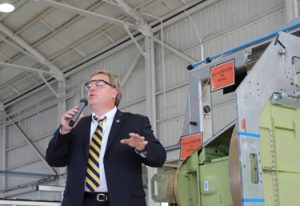 Eclipse dealers representing the United States and over 30 different countries were on hand as the management team and Board of Directors for Eclipse Aerospace all signed the fuselage of the first production aircraft, Serial Number 1001. The ceremony continued with the Eclipse production team officially mating the forward keel assembly to the fuselage.

Now armed with an established supply chain, a new FAA production certificate, and a certified airframe, Eclipse is officially back in production with deliveries beginning in 2013. Eclipse plans initial low-volume production with the first aircraft taking approximately 12 months to complete as the balance of the production line is re-tooled and validated during the process. Full production for an estimated 50 to 100 aircraft per year is expected in 2014, paced by market demand.

Mason Holland, CEO & Chairman of Eclipse Aerospace commented “New production of the Eclipse Jet, that was the ultimate goal of EAI when we started the process two and a half short years ago. The excellent team at Eclipse Aerospace along with our strong supply chain partners have brought us back into the production market. I am simply humbled by everyone’s efforts!”

In addition to the new production announcement, Eclipse also announced the official roll out of the Eclipse International Dealer organization. Eclipse Dealers from around the world representing over 30 countries attended and signed agreements for the purchase of new Eclipse 550 Jets slated for delivery in 2014 and early 2015.

The new model Eclipse 550 twin-engine jet is built upon the same excellent and well tested Eclipse 500 but will deliver with the next evolution of aircraft systems for general aviation jets which will include auto-throttles, synthetic vision, enhanced vision, and a redundant flight management system. First deliveries are expected in mid 2013.