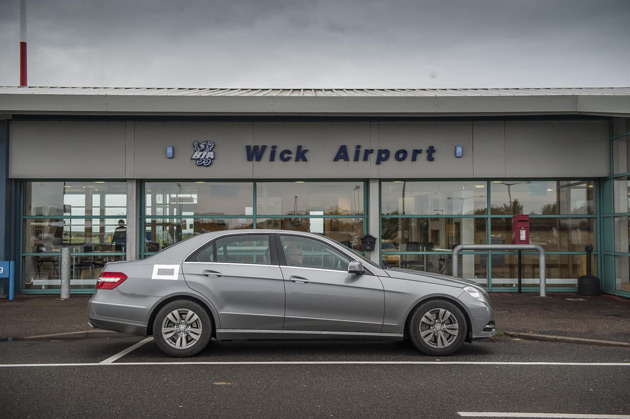 The new Mercedes-Benz E 300 BlueTEC HYBRID is designed to be capable of combining performance and efficiency.

In standard form it can accelerate from rest to 62mph in 7.5-seconds. It can achieve a maximum speed of 150 mph and can return 67 mpg while emitting as little as 109 g/km of CO2. To prove the theory in the real-world, the very first example of the car to arrive in the UK set out on an economy run – with a twist – to prove that driving fun and efficiency can be combined.

First, driving duties were handed over to ex-rally driver Mick Linford. Next, the E 300 BlueTEC HYBRID started its economy run in the unlikely surroundings of the main runway at Newquay Cornwall Airport – the most southern active airport in mainland Britain. Here the car accelerated from rest to 62 mph in a little over seven seconds before achieving a peak speed of 136 mph.

The car was then driven entirely normally the 830-miles north to its counterpart in Scotland – Wick Airport – the most northern airport in mainland Britain. Over the course of the two-day journey it encountered real-world driving conditions, including heavy traffic, diversions and challenging weather. On arrival at Wick Airport the E 300 BlueTEC HYBRID achieved a maximum speed of 120 mph down the runway, which was 911 metres shorter than at Newquay. The engineering team behind the E 300 BlueTEC HYBRID aimed to strike a balance between delivering everyday economy and performance, when required. Over a distance of 830-miles and two days, the car achieved a peak speed of 136 mph. It returned economy of 67.3 mpg.

The entire trip was carried out on a single tank of fuel – of which a quarter remained on its arrival in Wick. Had the car carried on driving it would have achieved a theoretical range in excess of 1,100-miles.

This extraordinary economy is made possible through a hybrid system linked to the efficient four-cylinder diesel engine – an electric motor is mounted within the 7G-TRONIC PLUS automatic transmission. The gearbox substitutes a torque converter for a wet clutch system, therefore allowing for the internal combustion engine to be disengaged entirely via the clutch and for electric-only drive to be maintained for short periods, boosting economy. The system is intricately packaged within the vehicle so as not to impact on the load capacity of the E-Class in any way. 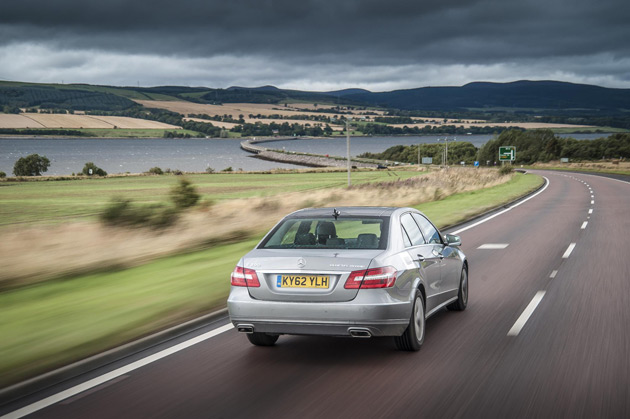